A new look at non-native species

Conventional biological thought states that non-native species cause loss of biological diversity (genetic, species, and ecosystem diversity) and threaten the well-being of humans when they become invasive. However, recent studies have shown that not all non-native species cause biological or economic harm, and only a fraction become established and have an effect that is considered harmful. In some cases, however, this study shows that some exotics can also provide conservation benefits.

A subset of non-native species will undoubtedly continue to cause biological, economic, and social harm. But other non-native species could become increasingly appreciated for their tolerance and adaptability to novel ecological conditions and their contributions to ecosystem resilience and to future speciation events. A research paper by Schlaepfer and colleagues outlines their roles and advantages. The ways in which non-native species were found to contribute to conservation objectives were:

Non-native species are potential survivors of future climatic scenarios given their ability to tolerate and adapt to a broad range of biotic and abiotic conditions, as well as to expand their ranges rapidly. They can contribute to ecosystem resilience and stability. They can also be expected to contribute to some of the putative benefits of speciesrich ecosystems, such as increased productivity and stability. 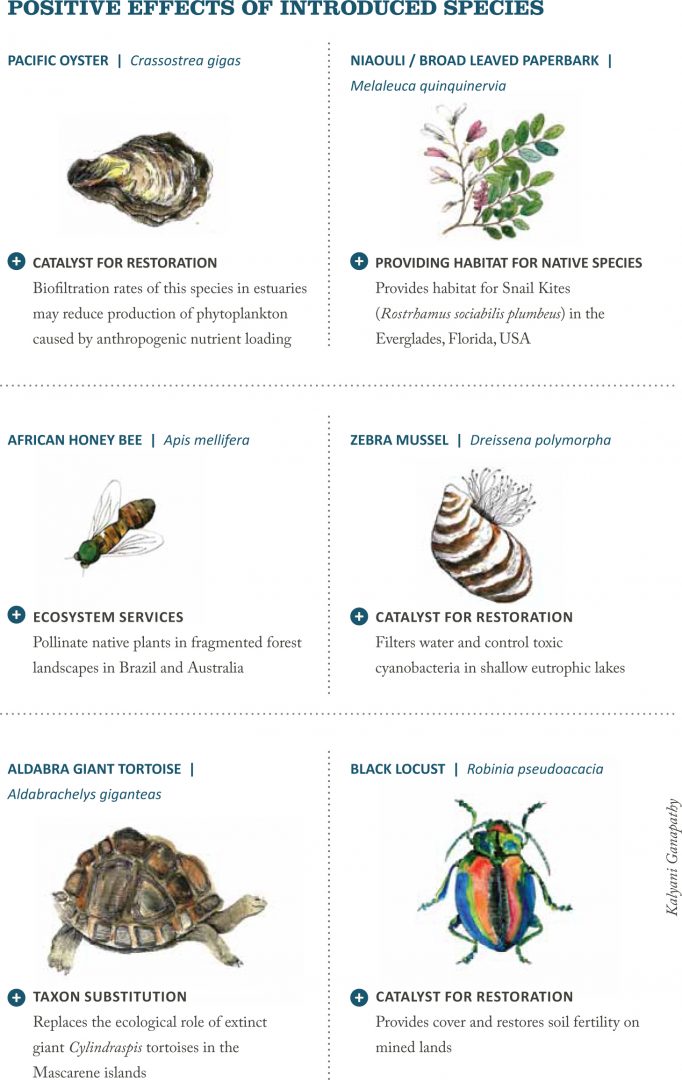