Arborification instead of Ecological Restoration: Management of the Ridge in Delhi

“Pig abound all along the banks of the Jamna[SS1] (as the Yamuna was colloquially addressed)[H2], being found in the jhau jungle where there are no crops, and in the latter when they are high enough to afford cover. Foxes and hares are plentiful on the eastern bank of the Jamna… Blackbuck are found almost everywhere. Chinkara abound in the range of hills which runs north-east of Delhi, being especially numerous at Bhunsi, Sinah, and the part of the-Ridge in this neighbourhood. Wolves are not plentiful, but they are to be usually found in the neighbourhood of the old cantonment… Jackals abound. Hares are found generally throughout the district. Peafowl are plentiful. Duck and snipe are plentiful in ordinary years but in dry years they are scarce. The Nilgai is to be constantly found… Leopards are found in the outlying villages. I have myself seen them at Tuglakabad…” 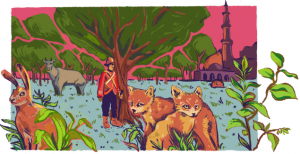 Few would believe that this text from the Delhi District Gazetteer of 1883-84 describes Delhi’s landscape. Within the last century, Delhi’s wildlife has been decimated to such an extent that Asola Bhatti Wildlife Sanctuary (ABWS) located in southern Delhi was termed as an ‘artificially created’, ‘man-made’
protected area by the Zoological Survey of India in 2003, while other organisations questioned its wildlife sanctuary status given the paucityof wildlife. Although there are no census numbers to cite due to lack of data, it is certainly true that the herds of Blackbucks and Chinkaras mentioned in the Gazetteer
are long gone. Today, a few Blackbucks and Spotted Deer or Chital (as it is locally called) roam in the sanctuary, having been brought into ABWS in zoo–likeenclosures in the last few decades (although the latter species does not have a recorded presence in the Ridge). 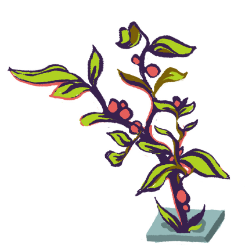 So, how did we come to this? And what can be speculated about the ecological future of Delhi’s last remaining forests and wildlife? These questions are discussed in ‘Conservation in Urban Spaces People–Wildlife Interactions and Management of Delhi’s Forests,’ a chapter from the book Nature Conservation in the New Economy: People, Wildlife and the Law in India. The chapter interrogates the dynamics of forest management in Delhi and its socio-ecological impacts. At a time when rapid deforestation is necessitating action to protect and increase greenery, the chapter critically analyses afforestation in Delhi
within its eco-climatic context and history of British colonisation.

According to municipal records from the time, the British planted approximately 3000 Neem (Azadirachta indica) and Babul (Acacia nilotica) trees between 1878 and 1879 alone. However, tree plantation in Delhi was started in earnest by them around 1883[SS6] in the northern Ridge. There were many motivations that propelled the colonialists to start afforestation; amongst others, they were tormented by the searing heat of the city and hoped that an extensive green cover would make their lives more bearable. The open scrub forests were also an eyesore, and given that people like Sir Frederick Treves described Delhi as “a desolate plain covered with the ruin and wreckage of many cities”, greening was seen as an aesthetic improvement of the bare surroundings. In order to expedite greening of the landscape, the British also introduced Prosopis juliflora or Vilayati Kikar, a sturdy tree native to Mexico, which has since become an invasive species. The Indian forest department has dutifully continued to pursue afforestation as an important national goal, with the country aiming a 33 percent forest cover. Although planting trees is certainly a noble act, the choice of species and restoration plan should be based on local environmental and climatic conditions, soil type and water availability. Most of Delhi’s protected areas encompass the Ridge, the tail-end of the Aravalli mountain range. Champion and Seth categorised Delhi Ridge’s floral composition as semi-arid, open scrub, with a primarily open landscape dotted by mostly thorny, secondary forests. However, instead of implementing an ecological restoration by introducing pioneer species of grasses and shrubs that would foster the growth of trees, the government has been steadfastly expanding tree plantations and identifying tree cover across Delhi. Their efforts are bearing fruit, and the Delhi forest/ tree cover has increased from 1.48 percent in 1993 to 20.22 percent in 2015. As fumes bellowing from cars and the machinery of industry have cumulatively contributed towards making Delhi’s air one of the world’s most noxious, arborification has gained more legitimacy as a natural solution to combat pollution.

Explaining Delhi’s Ridge management, the chapter argues that a multiplicity of governing bodies is problematic and requires urgent streamlining. From the Delhi Development Authority and Central Public Works Department to the forest department and even the Sports Authority of India, several governmental
bodies have management control over portions of the Ridge. While some departments want to conserve the Ridge as a forest, others are interested in converting it into parks and recreational areas. These contradictions at the policy and planning stage are a key reason for the lack of a comprehensive and
integrated Ridge management policy, and distinct (and often disparate) management of different protected areas of the Ridge.

Although ABWS [H7] is a relatively small protected area, it is part of a much larger, still-broadly contiguous block of Aravalli forests spread across Delhi, Gurgaon and Faridabad districts. Despite fragmentation and severe anthropogenic pressures, the undulating landscape continues to function as a wildlife corridor that extends approximately 200 kilometres from Delhi to Sariska in Rajasthan. Given the management of different pockets of the Ridge in isolation and absence of a comprehensive wildlife management policy by the Delhi and Haryana governments for the Aravalli stretch, ABWS may well end up being nothing more than a glorified zoo.

By closely analyzing the colonial history of Delhi’s environmental management, the chapter claims that Delhi’s post-independence forest governance has perpetuated the historical marginalisation of commons and pastoralism, and retained a disdain for arid ecosystems. This becomes especially evident in the process of ABWS’ notification. Although most of northern and central Ridge were declared as reserved forests under colonial rule, the creation of ABWS is relatively more recent. In 1989, the Delhi administration decided to notify some portions of Delhi’s forests as a wildlife sanctuary per Wildlife (Protection) Act, 1972, and 1882.80 hectares of Gaon Sabha land was notified as Asola Wildlife Sanctuary. Subsequently, 866.5 hectares of contiguous Gaon Sabha land was also alienated and merged into the sanctuary in 1991 to create ABWS. The sudden alienation of the commons had a profound impact on both the Gujjars, an agro-pastoral community that historically has lived in these areas, and Hind Odh settlers in Sanjay Colony, who are landless migrants from Sindh, Pakistan. In recent years, there has been a concerted attempt to remove all ‘encroachments’ from the wildlife sanctuary, and the Forest Department has raised security concerns citing the ‘illegal’ presence of “Pakistani nationals” in Delhi and advocated for their eviction. 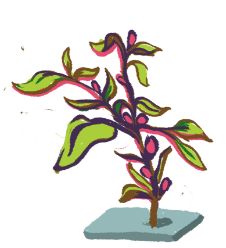 It would be erroneous to portray Gujjars as a completely forest dependent community, and the chapter does not indulge in romanticising the Gujjar community’s diverse way of life. With many of the younger generation employed in businesses and jobs, aspirations for a different life has taken many Gujjars away from an agro-pastoral lifestyle. However, not every household evolved away from natural resource dependence, and many residents in and around ABWS who accessed the village commons for natural resource collection were forced to modernise very quickly. Urbanisation was enforced in villages without providing any alternate means of employment, sources for fodder or economic support to help transition from pastoralism. The rural character ofsome villages was altered radically after the Delhi Development Authority acquired vast tracts of agricultural land for development. State induced loss of agricultural land later became a reason to justify exclusion of people from forests since they had lost their ‘rural’ character.

Despite almost two decades having passed since ABWS was notified, the government lacks a clear boundary or authoritative map. The original intention was to create the sanctuary as a deer or tiger safari, with the possible introduction of carnivores. In the last few years, leopards have been sighted in and around ABWS, probably having crossed over from the Ridge areas of neighbouring Faridabad and Gurgaon. In the last decade, conclusive evidence of the leopard’s continued presence in ABWS was obtained in 2013, when one of them was found impaled on the spiked high walls of farm houses that have cropped up on the Ridge. Despite these discouraging trends, the chapter offers hope that all is not lost. Much of the Ridge in southern Delhi and Haryana remains contiguous, and with the Supreme Court having halted mining in the area, wildlife has reportedly been recovering. Planning a scientific and consolidated management of the Aravalli to conserve the habitat would not only be beneficial for wildlife, but also protect water security and combat other ecological problems in the region.

M. Vikas is a doctoral student at the Nelson Institute for Environmental Studies, University of Wisconsin-Madison. Vikas can be reached at vikas@wisc.edu.

Harmeet Rahal is a Bombay-based artist, zine-maker & a proud mom of two dogs.