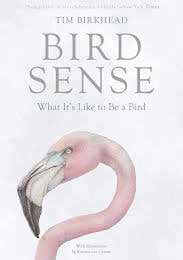 Written by an ornithologist, Bird Sense is a fascinating account of the senses that enable birds to carry out their day-to-day activities like feeding or avoiding predators. Author Tim Birkhead, who has studied zebra finches and common guillemots for most of his scientific career, has successfully hinted at what it’s like to be a bird. Every chapter in the book deals with one sense—seeing, hearing, touch, taste, smell, magnetic sense and emotions—in birds as varied as owls and hummingbirds, making the science that goes into the discovery and understanding of the senses accessible to lay persons.

The book familiarises its readers with the amazing diversity of behavioural and anatomical adaptations that can be found in birds. A case in point is asymmetrical ears in some owl species that help owls locate the source of sound and find prey in the dark. Bird Sense also informs its audience about the scientific process, suggesting how science builds on previous work. It talks about the debates and controversies some senses, such as those of smell and taste in birds, have sparked in the community of ornithologists. In author’s words, ‘For some inexplicable reason ornithologists have found it hard to accept that birds might have a sense of smell.’ Whether birds could have a sense of taste was debated for long, too. And even now, the idea of consciousness in birds remains controversial.

Bird Sense gives its readers a good overview of most, albeit not all, bird senses. While the first five chapters of the book—‘seeing’, ‘hearing’, ‘touch’, ‘taste’ and ‘smell’—are rich in science, those on magnetic sense and emotions—areas where a lot remains to be scientifically explored—are less detailed. One major downside is that the book is short of illustrations – there is only one at the beginning of each chapter. Colourful pictures of the lesser-known birds mentioned in the book would have helped readers relate to the text. These would also have improved the book’s aesthetics. It is especially surprising that flamingos, one of which is featured on the book’s cover, receive only passing mention for their mysterious ability to sense rain falling hundreds of kilometres away. More details on this intriguing talent are, sadly, missing.

Despite these drawbacks, the book is a compelling read. It includes interesting and unusual details, and is strewn with intriguing anecdotes. It vividly summarises what science has revealed about birds’ senses so far and leaves clues to several potential research questions for future investigation. It is, therefore, no wonder that the book was shortlisted for the prestigious ‘Royal Society Winton Prize for Science Books 2013’. Readers who enjoy Bird Sense may want to read Birkhead’s latest book Ten Thousand Birds: Ornithology Since Darwin, or read his other works, including The Wisdom of Birds, Promiscuity, Great Auk Islands, Sperm Competition in Birds and The Red Canary, among others.