Brian Houghton Hodgson was a civil servant, known for his years as the British Resident at the court of King Rajendra Shah of Nepal. He was a shrewd diplomat and, like several of his contemporaries, a scholar who contributed greatly to our knowledge of the people, culture, history and fauna of the little known Himalayan regions of British India.

Hodgson was born in England on the 1st of February 1800/01. Although born into considerable wealth, he grew up amidst financial difficulties after his father lost huge sums in a bad bank in – vestment. With support from relatives, the young boy and his six siblings managed a decent education. He was, from a young age, a good student and an accomplished athlete and entered Hailey – bury College (in Hertfordshire, 20 miles outside London, the breeding ground for future functionaries of the East India Company) nearly a year before he turned the regulation age of seventeen and graduated at the top of his batch. He was then appointed a civil servant with the East India Company (1817-19) in Calcutta and after a few years an assistant to the commissioner of Kumaon, in Nepal.

It was a relief for Hodgson to leave the stifling British social life in Bengal (not least on account of indifferent health) and move to the remote Himalayan forests. Here he encountered dense forests, snow-capped peaks and hill tribes like the Gurkhas from Nepal. What excited him most perhaps was the diversity of wildlife that was a part of everyday life. The Kumaon region had been recently annexed from Nepal (under the terms of the treaty of Sugauli, 1815/1816) because of which the British Empire had to face intense resentment from the Nepalese people. In such a scenario Hodgson proved to be a shrewd diplomat. He was a keen scholar of all cultures and threw himself into the study of Sanskrit, Buddhism, Hinduism and the history of the Gurkha and Lepcha tribes, in the process earning the trust of the local people.

This goodwill proved invaluable during his expeditions in the Himalayas. A keen outdoorsman, Hodgson impressed the Nepalese hunters with his athletic nature and naturalist skills. This provided him the opportunity to learn hunting and trapping techniques of the hill tribes which he employed to collect specimens of mammals, birds, reptiles, amphibians and fish from several parts of the Himalayas, including, Sikkim, Tibet and Darjeel – ing. Within Nepal, however, he was not allowed beyond the Kathmandu valley by the Nepalese authorities, leaving him reliant on indigenous collectors to bring materials to him, which he then described. 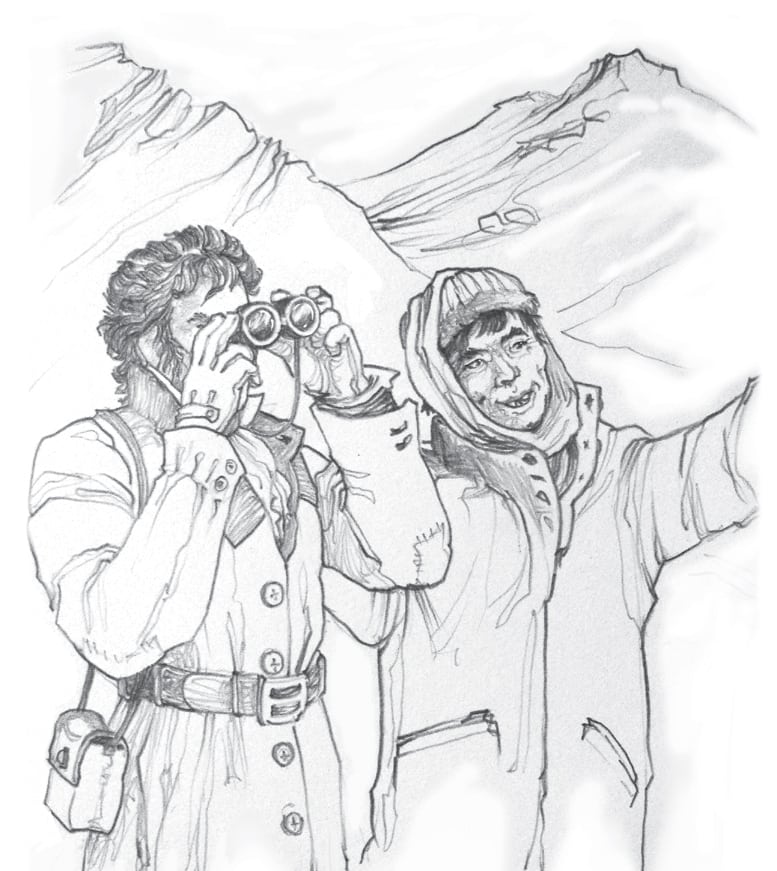 While the posting to a remote region provided him the opportunity to document little known fauna, it also hindered his endeavour to publish his findings. He had little access to libraries or published literature, often leading to descriptions of several species that had already been furnished earlier such as the golden cat (Pardofelis temminckii). He also routinely clashed with Edward Blyth, the editor of The Journal of the Asiatic Society of Bengal in Calcutta, who took notoriously long to review papers, which allowed other workers who sent their collections directly to the Natural History Museum in London to gain priority in publication. 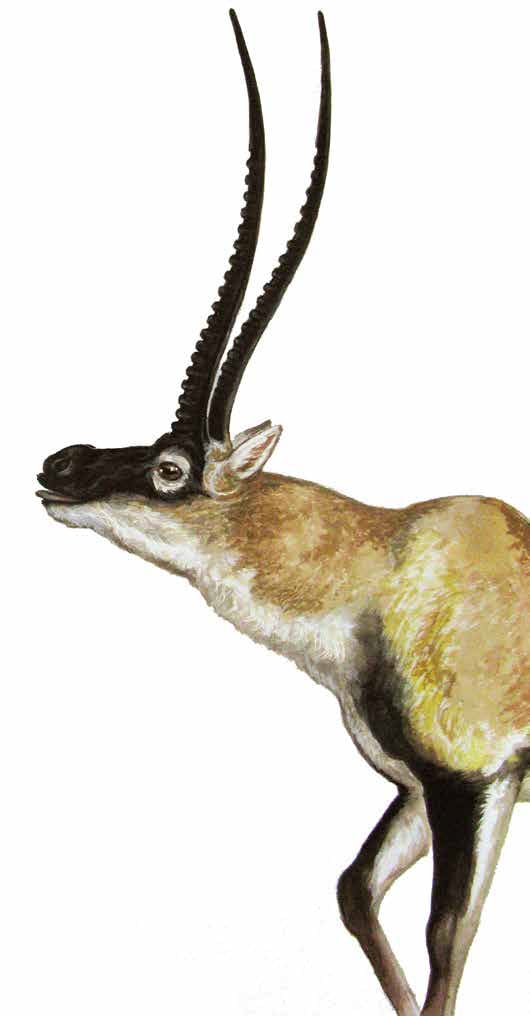 In 1832, Hodgson wrote the first catalogue of mammals based on his encounters during his postings in the Himalayas. Unable to gain access to much scientific literature, he could only record 20 species by name. A revised catalogue published by the British Museum in 1846 showed that he had recorded a total of 115 species (10 belonging to Tibet) from the region. He discovered 39 species of mammals new to science, including the Tibetan sand fox (Vulpes ferrilata), takin (Budorcas taxicolor, today the national animal of Bhutan), and bharal (Pseudois nayaur nayaur) along with a number of rodents and bat species.

However, his greatest contribution perhaps was that he not only described new species but also their behaviour at a time when field studies were ignored in Europe. For instance, he not only collected specimens of the Tibetan antelope or chirù (Pantholops hodgsonii), which fellow naturalist Clark Able named after Hogdson in 1826, but also made notes on their herding behaviour. He recorded several wild groups while he was posted in the remote Tibetan plateau and noted that the chirù lived in large herds of up to 100 animals in which males fought over females and territories and often broke their horns during the mating season. He also made observations of captive mammals and their breeding. For instance, he was the first one to observe and estimate accurately the gestation period of the one horned rhinoceros (Rhinoceros unicornis). He was also interested in the anatomy of different animals. His study of the chirù showed that the animal’s nostrils were designed to assist in breathing when exerting itself in the low oxygen environment of the high altitudes. He believed that a study of comparative anatomy of antelopes, goats, sheep and cattle, which were physically similar species of ruminants, was important to understand the relatedness of these species.

In 1850, Hodgson wrote an important paper on the physical Geography of the Himalayas. In this paper, he recognised that the Himalayan Mountains had three distinct altitudinal ranges with distinct fauna. His study of species distribution along an altitudinal gradient in the Himalayas preceded other such studies by a 100 years.

OTHER WRITINGS AND PUBLICATIONS

Hodgson wrote more than 70 scientific papers on mammals in journals like The Journal of Asiatic Society of Bengal and the short-lived Calcutta Journal of Natural History. A skilled sketcher himself, he trained Nepalese artists in the use of water-colours to create an extensive pictorial collection of the fauna of Nepal in the style of British zoological illustrations. In 1830, he tried to collaborate with eminent naturalists such as John Gould to publish these illustrations. Gould, however, wanted the book to focus exclusively on birds and not to include mammals. After corresponding with each other for a long time, Hodgson withdrew the idea of a collaborative book with Gould and approached noted Scottish ornithologist Sir William Jardine in 1835. In 1837 Hodgson sent a box of Nepalese bird skins to Jardine which included around thirty new species. However, in 1840 Jardine too withdrew his prospective collaboration. When Hodgson returned to England in 1843, he engaged Frank Howard an illustrator to reproduce some of his original drawings by lithography. However, this collaboration produced only one hand-coloured lithograph of the chirù. Unfortunately, most of his illustrations, which were an excellent depiction of Hodgson’s field knowledge along with biological data of species, were not published during his lifetime. Dejected by his failure, Hodgson donated most of his papers and lithographs to various institutions like the British Museum (Natural History) and the Zoological Society of London, where they are displayed today.

Hodgson’s work on mammals and other taxa will always be the backbone of Himalayan vertebrate zoology. His descriptions of new species and observations of the behaviour along with internal anatomy were the first of their kind for this part of the world. But his achievements seem even greater when we consider that they were accomplished without access to any of the great museum collections or libraries in the Western world.

Shashank Dalvi is a Research Associate at the Centre for Wildlife Studies, Bangalore, India, shashank.da@gmail.com.