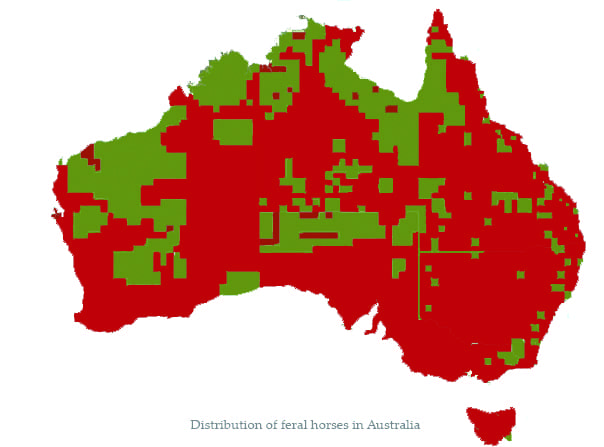 Australia has the largest wild horse herd in the world. There are, likely, more than 400,000 wild horses (and millions of wild donkeys) spread across nearly all landscape types of the continent, from snow-covered ranges to tropical savanna to desert. These horses are generally known as ‘brumbies’, and are free-ranging, descended from domesticated horses either escaped or released into the wild by their owners. Horses were imported into Australia with what is known as the ‘First Fleet’ – the initial group of British colonisers landing in Sydney Cove, in 1788 with orders to establish a British colony. The British brought with them a microcosm of the Old World: animals, plants, social and labour practices, and intellectual structures – all transplanted into the very different context of the ecosystems of the island continent. The first century and a half of settlement was founded on the importance of animals – sheep and cattle pastoralism – with horses essential to these herding activities as stock and draught animals, and bred for strength and endurance in Australia’s harsh conditions.

These characteristics were valuable when armies needed cavalry mounts. Hundreds of thousands of Australian horses, known as ‘Walers’ (from the state New South Wales), were supplied to armies all over the world, from the 1830s to the 1940s. India, too, has a part in this story, as Australian horse breeders sent Walers to the British Indian Army and to allied armies in India, in both the First and Second World Wars. Some sources suggest more than 80,000 Australian horses were sent to India. The import of Australian Walers into British India had negative impacts on India’s own horse breeds, particularly the famed Marwari warhorses of the Rathore Rajputs in northwest India. Marwari horses were celebrated for centuries as renowned and revered cavalry mounts, and Marwar lancers fought under the British during the First World War. But the British occupiers preferred other horses, including Walers, and tried to eliminate Marwari and other horses they considered inferior ‘native breeds.’

Humans have, at least, a 6000 year association with horses, and there are similar deep cultural connections in many communities and countriesall over the world. The horse’s role in Australia’s exploration, colonization, pastoralism and warfare, as well as in recreational riding and racing, has given it an iconic position in Australian society. There are over a million horses in Australia, including the brumbies, and the horse racing industry alone is a multi-billion dollar enterprise.

But the wild horse occupies a challenging and problematic position in Australian landscapes: cultural icon of settler, rural and Aboriginal histories, but potentially damaging to ecosystems. A species which joined humans in domestication, but then re-established wild and independent populations (in several countries ’feral’ horses are caught and re-domesticated for sale as riding mounts). The horse’s cultural charisma is strong: they are daylight animals, form easily understood social groups, and are large and beautiful. They are also often remarkably easy to approach in free-ranging situations, appearing curious and open to human interaction. Many Australians highly value the sight of wild horses galloping across snow-covered mountainsides, but conservation managers contend that these hard-hooved animals have negative impacts on native wildlife and therefore should have no place in local ecosystems. 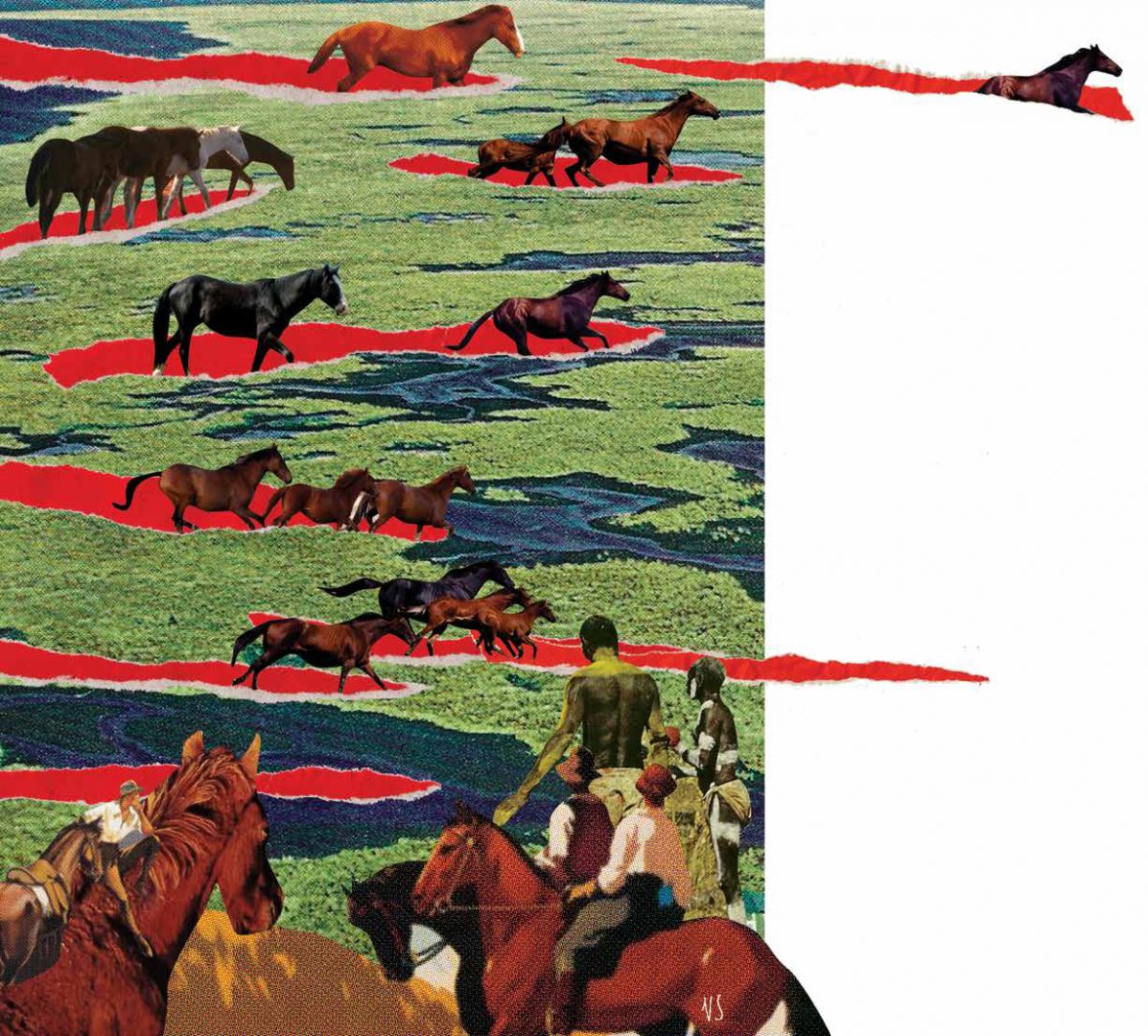 Like Australia, the United States, Canada and New Zealand too have significant wild horse herds, and their presence and management is consistently controversial. Ironically, horses are also part of ‘re-wilding’ efforts in other countries, including in Europe, being re-introduced to landscapes that once supported ancestral wild horse breeds.

In contemporary debates about conservation, judgements about ‘feral’ species are complex. These debates are particularly relevant and difficult in Australia, which is the nation that has lost the highest number of mammal species to extinction in modern times, and also has an enormous number of introduced species, some of which have very significant environmental impacts. Some introduced species in Australia will never be eliminated, and in fact are barely successfully managed. One argument suggests that conservation managers see horses as an easy target, although foxes, cats, pigs and rabbits, have far greater documented impacts on native ecosystems. Out of eight priority ‘pest’ species in south-east Australia, horses are the ones for which there is least scientific evidence of their ecological impact. Also, the ecological impact of introduced species need not always be negative. The north of Australia has a feral population of Banteng cattle (Bos javanicus), which is valuable because its wild population is classified as endangered in its original habitat in south-east Asia. Elimination of the feral Australian population could hasten extinction of the species overall.

People who are supporters of Australia’s wild horses include both those who could be classified as animal rights advocates and those who are committed to a cultural understanding of Australia’s landscapes. For many of Australia’s indigenous Aboriginal people, who historically formed the backbone of the pastoral industry as mounted stock herders, wild horses represent the families of the horses they rode and loved, and they feel the horses should be left to live their lives undisturbed. Horses, for them, are legitimate members of the ecological and cultural community. Many Aboriginal people are also strongly opposed to ‘shooting to waste’ – shooting large numbers of horses from helicopters and leaving the carcasses to decay where they fall – a strategy used in landscapes in northern and central Australia.

At its heart, conservation is a social activity underpinned (but not always) by science. Effective conservation in the transformed environments of the twenty first century is a much debated issue. One broad argument suggests that we need more and better of old-school Yellowstone-model protected areas and control of introduced species, to avert a conservation catastrophe. But another emerging strand argues that these ‘no analogue ecosystems’ and hybridizing populations are the new form of biological diversity, more fit to flourish in a climate-changing world, and our conservation strategies should appropriately embrace this change. How we engage with Australia’s wild horses will, no doubt, continue to be contested and uncertain, but an acceptance of this uncertainty and change, as fundamentals of the everyday, might be the basis for developing more environmentally and socially benign relationships between people, animals and landscapes.

Acknowledgements: Thanks to Jen Owens for her work with brumby advocates in this research.

Michael Adams is Associate Professor at the Australian Centre for Cultural Environmental Research and the Indigenous Studies Unit, University of Wollongong, Australia, madams@uow.edu.au.