Buying our way out of environmental problems? 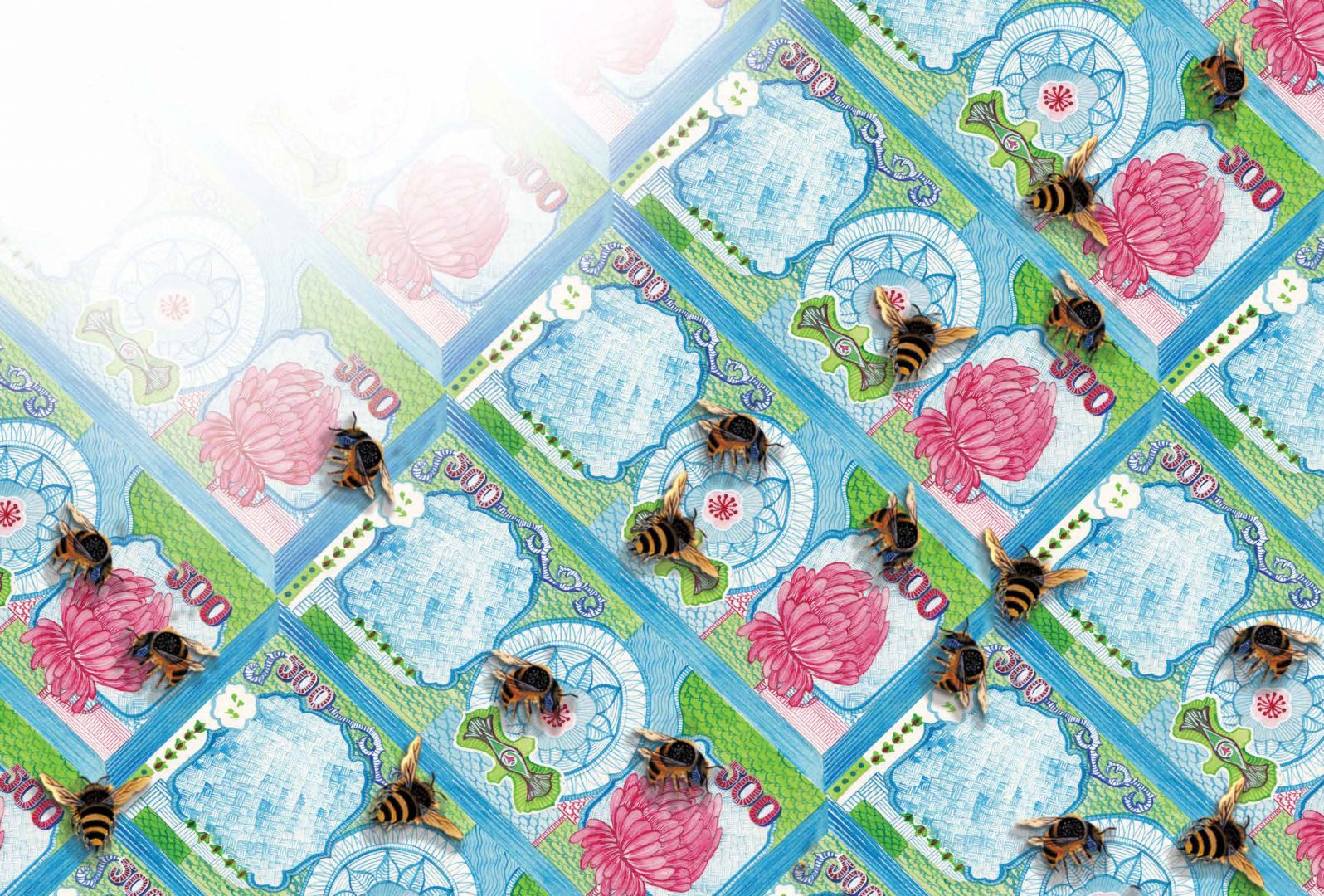 PES is often touted as win-win with both environmental gains and poverty alleviation. But REDD+ does not neccesarily translate into forest conservation or benefit local communities.

Q: How viable is trading of carbon credits as a mitigation measure?

A: They work well in certain systems, but then, is it for everyone? I believe that our textbook thinking is pretty bad here…

(Excerpt from interview of Elinor Ostrom in Financial Express, 5 Feb 2012)

In the past decade, the idea of payments for ecosystem services (PES) has caught the attention of many donors, policy makers and researchers. It is now being touted as the solution for multiple problems: water scarcity, biodiversity loss and global warming. The powerful attraction of the idea is because it sounds non-coercive (communities may only do things that they perceive are in their economic interest) and win-win (poverty alleviation with environmental gains). The debate appears to have almost shifted away from ‘Is PES a good idea?’ to ‘How do we implement PES?’ Nevertheless, many concerns and criticisms remain unaddressed. Understanding the concept, its applicability and its limitations requires us to first clarify our own normative position towards conservation and development issues. We then need to examine the assumptions and theory underpinning claims about how, in what sense and to what extent PES might deliver win-win outcomes as it promises. REDD+ (Reducing Emissions from Deforestation and Degradation-Plus), a concept that involves payments for avoiding deforestation and for improvements in forest quality/quantity and which has reached pilot stage in many countries, provides a good case for such examination.

The proponents and critics of PES schemes do not always differ on empirical claims. They often care about very different things. For instance, those worried about biodiversity criticise REDD+ because they fear that it may lead to the replacement of slow growing (diverse) natural forests with fast-growing monoculture plantations. But clearly REDD+ is not about biodiversity conservation—it is about reducing emissions. So is one holding it up to a wrong standard? But what is the right standard against which one evaluates any such proposal? I would argue that all such proposals must be examined on multiple dimensions: long-term environmental benefits, livelihood gains, equity, and democratising potential. This is because the ultimate societal goal, especially in developing countries, is not just environmental conservation but sustainable and equitable development.

THE THEORY OF PES

The idea of payments for ecosystem services as a way to solve environmental problems involves a sequential set of claims:

Let us see whether and to what extent these claims are tenable, specifically in the context of REDD+.

Climate change is a global problem, and the bulk of it has been created by the burning of fossil fuels primarily by developed countries over the past 200 years. Does global society care enough about climate change? As of now, there is little evidence of it—witness the pointless accords in Copenhagen and Durban. If we cared enough, there would have been tight caps on emissions, and then, since currently some trading is allowed, this would have automatically led to a huge demand for carbon offsets. But the bottom has fallen out of the carbon offsets market, with the price hovering around US$5/tC. Clearly, the biggest problem is not the absence of one more mechanism to offset carbon emissions, but the unwillingness of the emitters to take responsibility for emissions in the first place. 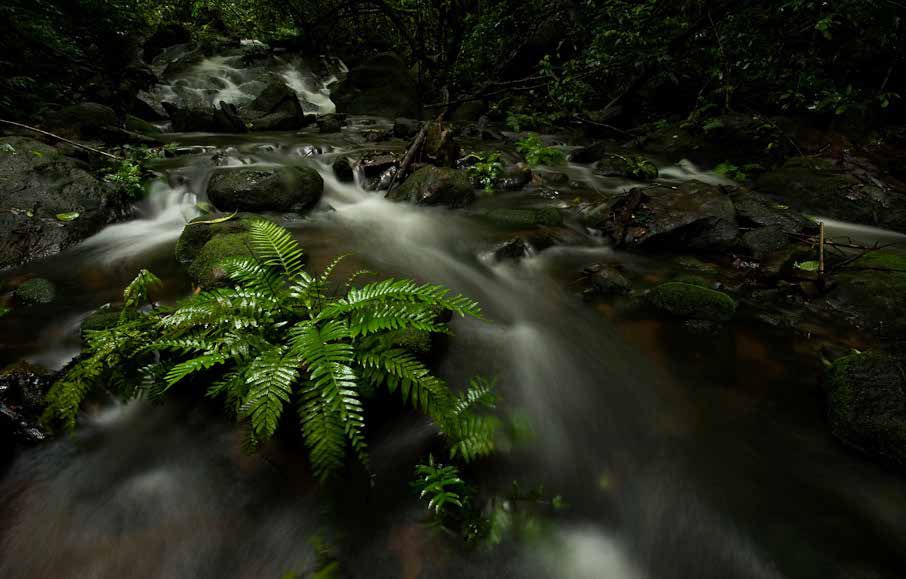 FIXING BY PAYING OFF? OR PAYING FOR NOT DAMAGING?

Should a willingness to fix be converted into a willingness to pay off someone else? The position of many economists notwithstanding, there is an inalienable ethical content to this question. This is because all individual actions that impinge on societal welfare (which are virtually all individual actions!) have ethical implications. People’s ability to make such payments is not an ahistorical random phenomenon, but the outcome of historically high levels of exploitation of natural resources by their predecessors. Buying one’s way out of the problem one created seems morally inappropriate. Similarly, the idea of paying for avoided deforestation (paying for not damaging) seems somewhat problematic: it makes a blanket assumption that those who deforest have the right to do so, whereas most societies have put some limits on these rights.

WHO WILL GET HOW MUCH?

What does a price of US$5/tC mean? Under reasonable assumptions, this would translate into a measly few hundred Indian rupees per household per year in a village of 100 households that dramatically regenerates a barren piece of 50 hectares over 20 years. It would also assume that this land was otherwise lying useless. Clearly, if the recipient is a forest-dwelling Indian household, this payment, even if it reached them, would be meaningless. Even ten times this amount would be hardly significant in the battle against poverty. But will, in fact, this payment even reach them? In any market, payment goes to the owner of the produce. But do forest-dwellers own the carbon in the forest they use? Perhaps in some countries in Latin America, where individuals own significant areas of forested land, the answer is ‘yes’. But in much of South and Southeast Asia and Africa, this is hardly the case. Forest departments are the owners, and villagers are tolerated on sufferance, if at all. Forest departments would be the first ones to lay claim to the carbon money, and for them, even $5/tC translates into a significant addition to their budgets (several thousand rupees per hectare per year). This would make them even more intolerant of villager presence in and use of the forests, which would be a further setback to the already faltering attempts to bring about the democratic decentralisation of forest governance in many such countries.

Similarly, forest-dwelling communities are not homogeneous or uniformly poor. Gains from REDD+ could easily be pocketed by the rural elite: it has already happened in many donor-funded forestry projects in the past, including Joint Forest Management in India. Indeed, in many such cases, the rural elite collaborate actively with state agencies to ‘deliver’ (at least in the short run) the desired environmental outcomes, even while imposing negative impacts on poorer households. This is particularly true in tree planting and conservation programmes such as REDD+, which effectively shut out other uses of the landscape such as grazing and firewood collection that are the needs of the poorest households. In other words, given that REDD+ is about saving forests on public/community lands and not planting trees in people’s backyards, collective action will be essential and such collective action can easily turn coercive for some, especially given the current dispensation, negating the whole idea of win-win that is the key selling point of PES schemes. 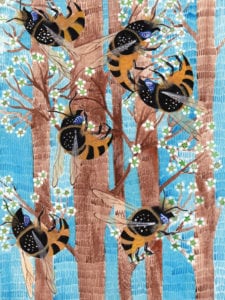 Related to this is the issue of transaction costs. Markets ‘work’, i.e., deliver most benefits to the producers and consumers when transaction costs are low, such as with goods that can be easily sold across counters and whose quality is transparent. But in the case of carbon sequestration, credits are being sold by remote villagers to international buyers, and whether these credits translate into real sequestration has be to be monitored year after year—all implying a huge intermediary presence and lots of room for fraud and exploitation. We see that even where forest-dwellers are trying to sell tangible forest products such as wild honey or beedi leaves, the structure of government controls and market conditions is such that they barely get a subsistence wage. What would be the case in an international market for a much less tangible commodity like forest carbon? Middlemen would have a field day.

LIVELIHOOD NEEDS OR OTHER FACTORS?

Ultimately, REDD+ assumes that increasing the value of standing forest will translate into forest conservation. The success of REDD+ depends upon this diagnosis of the deforestation problem. But is that really so? Are forests disappearing simply because forest-dwellers find it more profitable to cut them down? Or because forest departments are short of funds? All the research on tropical forests over the past several decades points to a much more complex array of factors, including unclear and centralized forest rights, corruption and mismanagement, pressures of mining, roads and other external developmental activities, and so on.

FORESTS ARE NOT ONLY ABOUT CARBON

Climate change has sometimes been called the ‘mother of all environmental problems’, but it is clear that not all climate-friendly acts are necessarily environment-friendly in other ways. Just as the building of nuclear reactors or hydro-power dams in the name of avoiding emissions has other impacts, fast-growing monocultures that are great at carbon sequestration could lead to biodiversity loss and increased transpiration losses of scarce water resources.

WHAT ROLE THEN FOR ECONOMIC INSTRUMENTS?

It seems that the assumptions on which PES is based do not hold in the case of forests and REDD+. Forest carbon is something over which property rights are unclear in many parts of the world, and over which state forest agencies, and perhaps village elite, rather than poor forestdwelling households, are most likely to lay claim. Forest carbon sequestration is not like a commodity that can be traded across a counter—it has to be constantly monitored across large scales, imposing huge transaction costs. And all this when it is not even clear that there is any serious global interest in mitigating climate change, nor an ethical consensus on who should bear how much of the mitigation burden and how much ‘trading’ if any should be permitted. REDD+ exemplifies, perhaps in an acute form, the problems involved in blindly promoting market-based approaches such as PES to achieve environmental goals. How much and what kind of environmental conservation we should aim for, at whose expense and how this may be reconciled against livelihood needs of the poor and consumption wants of the rich is a deeply ethical question, that society at large is far from even confronting, let alone answering.

At the same time, people also think in economic terms and respond to economic incentives, and there is surely a rationale for using economic instruments such as carbon taxes on ‘commodified’ environmental goods such as petroleum for which markets are already well formed. But forests and many other environmental ‘goods’ are not so easily commodified—they have multiple ramifications and require collective action at various levels for their conservation. Given what the history and current structure of forest governance in most developing countries has been, financial incentives flowing from the top (whether from international markets or from national governments themselves) are hardly the solution to the problem of deforestation or degradation. And the real challenge may lie in changing people’s attitudes so that they ‘demand’ (in a broader political sense, rather than narrow economic one) societal action for sustainable and equitable development. Some financial mechanisms may serve to lubricate the wheels of change, but the driver of change has to lie elsewhere.

Sharachchandra Lele is a Senior Fellow at the Centre for Environment & Development, ATREE, Bangalore. slele@atree.org