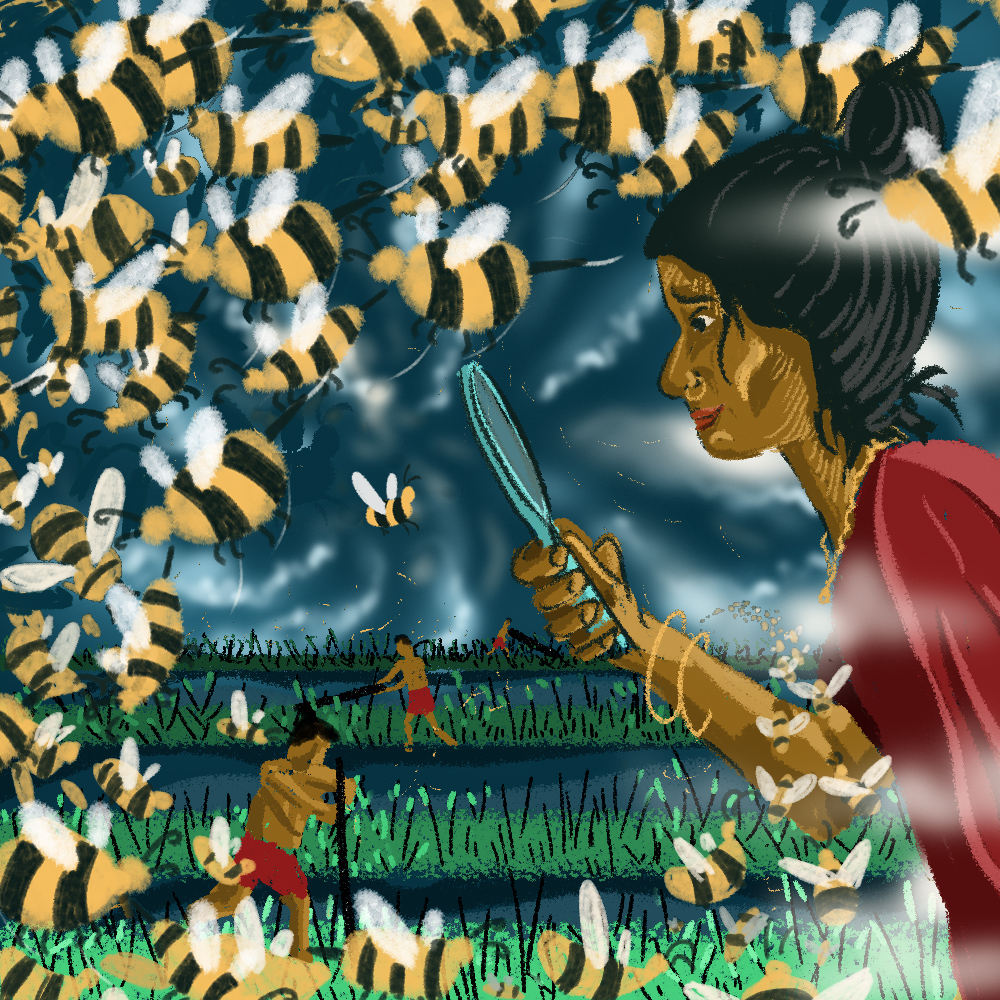 Close your eyes and think of a bee, the first one that comes to your mind.  What does it look like? Is it tiny or huge, or somewhere in the middle? Most people will think of a honeybee or a bee in the genus Apis.  These bees are found across the world, and one in particular, Apis mellifera, was spread by Europeans to pollinate their crops.  Honeybees have declined in number in many places over the last decade, which is troubling to many people whose lives depend on agriculture.  Fortunately, there are over 20 000 species of bees in the world and some of them can compensate for honeybee loss. The problem is that many people cannot readily identify many bee species and might not know how to conserve non-Apis pollinators.

To address this problem, Bhattacharyya et al. (2017) examined indigenous knowledge of bees in West Bengal, India.  They set out to discover if farmers could identify both Apis non-Apis bees and if there were certain characteristics associated with a greater ability to tell bees apart.  The researchers also tested whether a short teaching intervention could increase the farmers’ ability to identify bees. 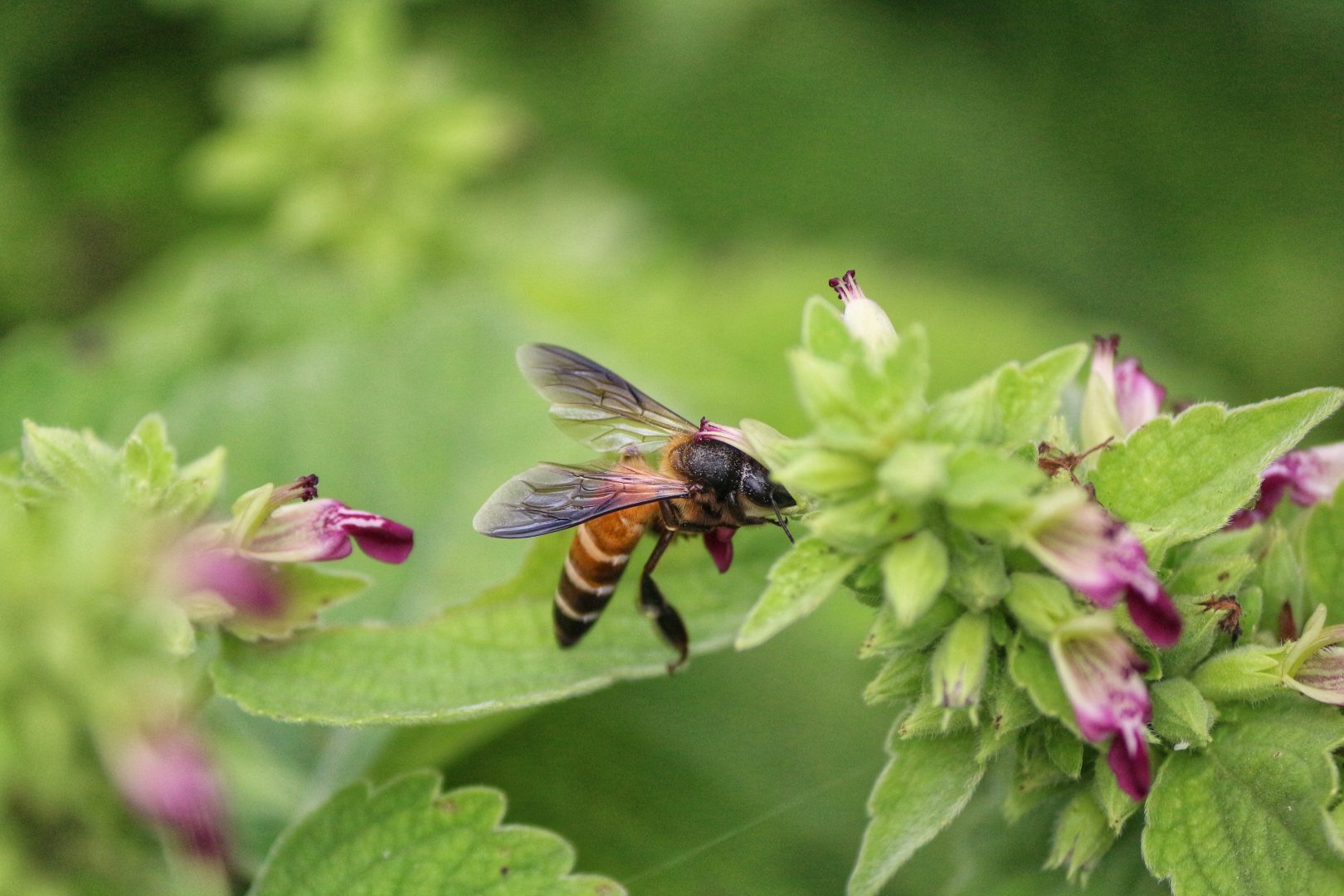 Apis dorsata (giant honeybee), one of the honeybees that farmers were asked to identify in this study.  Source: Arpit. K. Gaur, Wikimedia Commons: https://commons.wikimedia.org/wiki/File:This_is_Apis_dorsata_sucking_Nectar.jpg. Accessed 16 January 2019.

In general, farmers could not identify many non-Apis bees, but they did find that women and those with more education performed better.  For example, 29% of women could identify a non-Apis bee, but only 11% of men could do so.  After the teaching session, both men and women significantly increased their ability to identify non-Apis bees, suggesting that quick interventions can make a big difference.

Based on this results, the researchers suggested that women could be the founders of future conservation efforts.  This is particularly important because government efforts to conserve bee diversity are currently lacking. Short sessions run by women on bee identification could help boost efforts for protecting the bees and their habitat.  In this way, conservation of bees could both empower women to make significant positive changes in their environment and increase the chances that crops remain viable commodities in their communities.

Andrew McCall is an Associate Professor of Biology and Environmental Sciences at Denison University in Columbus Ohio. He studies flowers and their interactions with insects.