Celebrity, charisma and the environmental movement 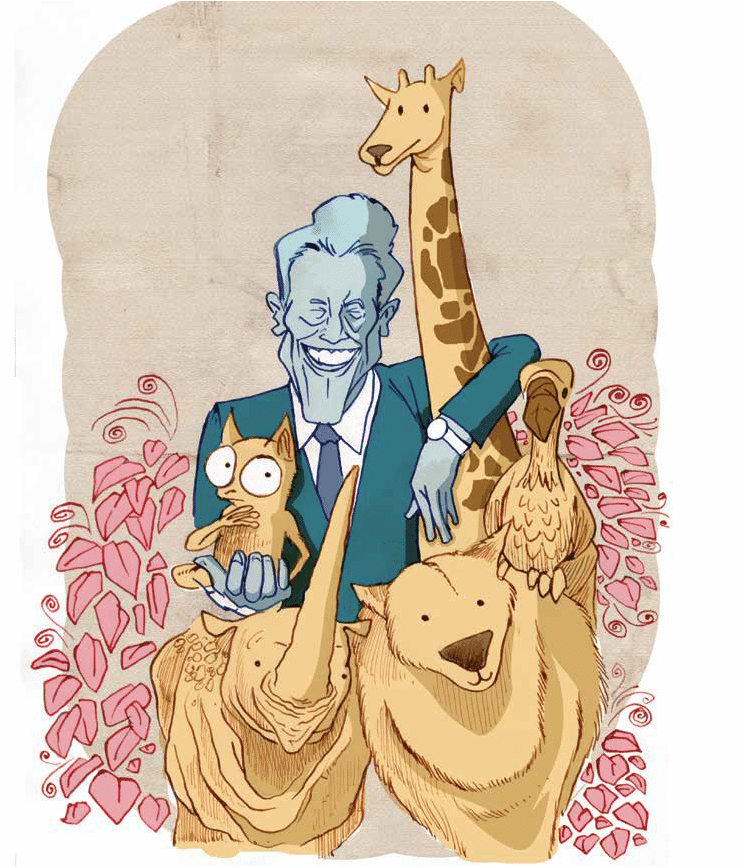 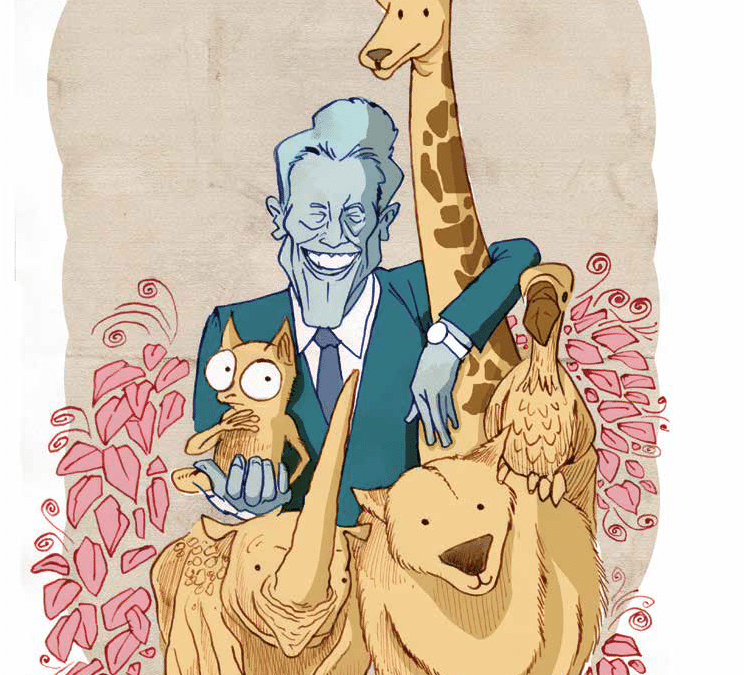 WHAT ROLE DOES CELEBRITY AND CHARISMA HAVE IN THE ENVIRONMENTAL MOVEMENT? ENVIRONMENTALISTS ARE OFTEN EGALITARIAN BUT CHARISMA AND POWERFUL PERSONALITIES MAY BE MORE SIGNIFICANT THAT WE REALISE. 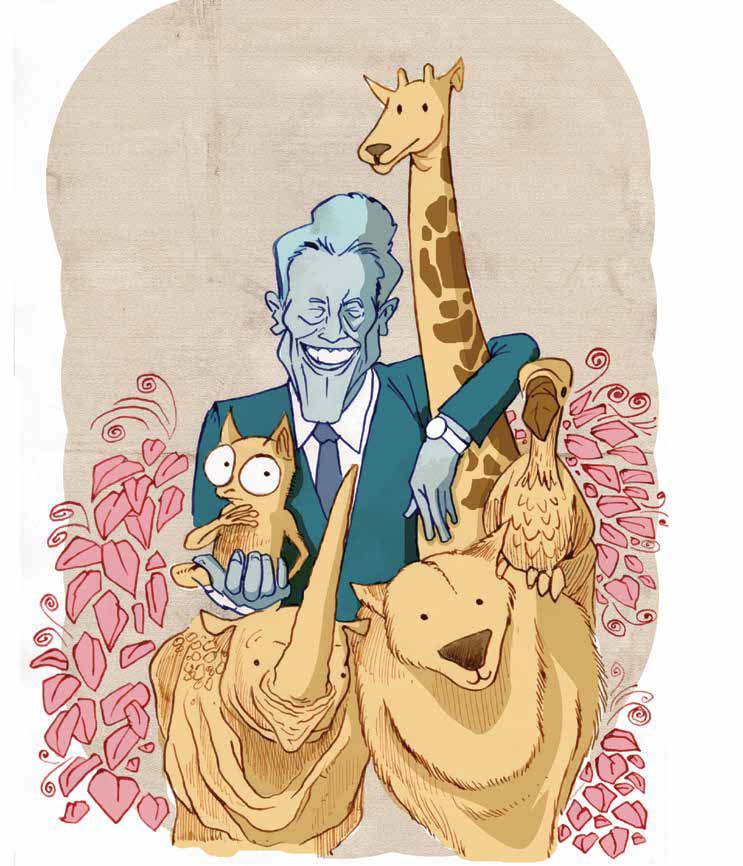 Who is your favourite conservationist, or environmental activist? Do you have a hero who inspired you onto your current life path? If not, allow me to suggest a few. How about Arnold Shwarzenegger, the former governor of California, actor and Terminator? Arnie was named by the The Observer’s ‘Eco-Power’ list, as one of a number of ‘activists, film-makers, writers, politicians and celebrities who will be setting the environmental agenda’ after he had, among other things ‘effectively outlawed his own hummer’ while in power. If you object that he flew to work in a private plane a bit too often to qualify then how about Brad Pitt, an actor (for building green homes in New Orleans). Or how do you feel about Walmart, the US retailer, which was listed by The Observer, because it has ‘promised to apply eco labels to thousands of product lines.’

There was a quick repost to the publication of the ‘eco-power’ list from the UK environmentalist, activist and writer George Monbiot. George, responding in The Guardian, was not amused. In part he objected to the lifestyles and roles of some of the people listed. Some of the people on that list owned a few too many cars, like, Alan Mulally, who is the CEO of Ford, and responsible for making quite a few of them. ‘Much of the list,’ Monbiot complained, ‘was a catalogue of rich and powerful people who have now added green—or some nebulous semblance of green—to their portfolios.’

But Monbiot had some more fundamental objections. First, ‘eco and power occupy different spheres.’ His environmentalism is about challenging systems which concentrate resources onto a few. It cannot celebrate the lives and achievements of people who have done so well out of those systems. Second, the environmental movement is about collective effort and solidarity. The media may like to promote the work of a few individuals which it thinks is rich and special. But we must reject, Monbiot argues, the superman myth that individuals can save the world. ‘In reality, only big social movements, emphasizing solidarity and collective effort are likely to be effective.’ Furthermore, he insisted, ‘Environmentalism is one of the last hold-outs against celebrity culture’ and this ‘eco-power’ list portends an invasion of celebrity interest which had to be resisted.

Monbiot’s argument has much to commend it. For a start, if people who are not particularly beautiful, rich, articulate or charismatic began to get more attention, then I would be bound to benefit. Lets face it, most of us would. But, more seriously, there are difficulties in moving from the idealism of this call into real life environmental and conservation movements. Examine almost any environmental movement and you will find some dominant figures, and sometimes towering personalities, at work.

Can you imagine, for example, accounts and histories of conservation and environmentalism in the US which did not mention John Muir, Rachel Carson or David Brower? In Australia without David Flannery or Penelope Figgis? In India without Valmik Thapar, Billy Arjan Singh or Vandana Shiva? In the UK without mention of Tony Juniper or David Bellamy? I am not arguing that these people are celebrities, many may well eschew, or have eschewed, fame. The point is simply that environmental movements, like any other social movement, cannot evade the power of personal charisma. Solidarity and collective effort are essential to environmentalism but it is difficult to imagine their being mobilised without charismatic power. Monbiot’s complaint gave no space for the workings of charismatic power or the demands of audiences and participants for it.

The prominent individuals in environmental and conservationists movements are not just media darlings, they are produced by forces within the social movements themselves. Often these people are good communicators, they make good speakers and are powerful motivating forces. Indeed, there is a distinct tendency among left wing activist and environmental movements in the UK to demand the same people address their conferences. Naomi Klein is a favourite, and another is George Monbiot.

Coping with the tendency to throw up leaders and follow them is challenging and requires considerable effort from both leaders and listeners alike. When I heard Naomi Klein speak at a book launch (and I listened as irreverently as I could) I was impressed by the way she directed her audience to local activist groups so that they could get involved and not just listen. Monbiot has done the same (at least I think he did, I was trying hard to ignore the people on the stage). Flat social movements have to be fought for.

So given that this is a fight, and I’m rather scared of fights, I think we actually do need Arnie. Who better to take on an entire social movement and squash it flat whether it wants to be or not? Please come back Arnie; you promised you would.

Daniel Brockington is a Reader at the School of Environment and Development,University of Manchester, United Kingdom. Dan.Brockington@ manchester.ac.uk