It is no secret that global climate change is affecting human life and the earth’s ecosystems.  There are five major drivers of global environmental change: habitat fragmentation, invasive species, altered nitrogen deposition, increasing atmospheric carbon dioxide, and climatic changes. Each of these drivers have individual effects on plants, animals, and other organisms within ecosystems, but the interactions among these factors are only beginning to be studied. Moreover, previous research indicated that observing independent effects of drivers’ individually cannot predict crucial interaction effects. A study by Hoover et al. (2012) examined how nitrogen deposition, climate warming and elevated levels of carbon dioxide could potentially disrupt crucial mutualisms between plants and pollinators. 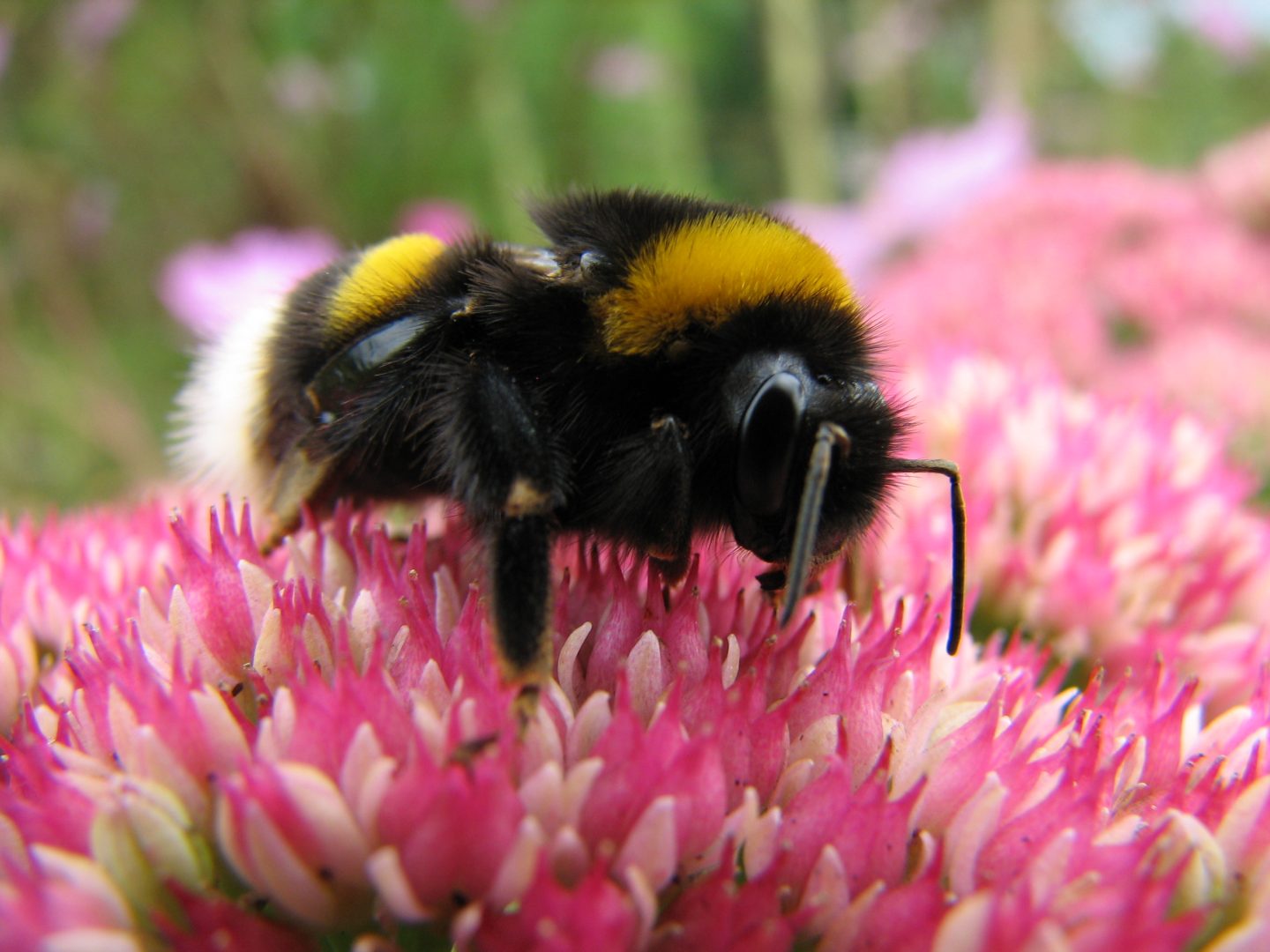 The researchers hypothesized that the climate drivers could impact plant-pollinator mutualisms by altering nectar amount or composition and thus the behavior and lifespan of pollinators. In order to test their hypotheses, the scientists used a pumpkin model system and bumblebees (Bombus terrestris) to investigate effects of the three drivers on plant-pollinator mutualisms.  By altering the growing conditions of the pumpkin plants, the researchers simultaneously changed nitrogen availability, temperature, and concentrations of carbon dioxide.  They then tested, among other factors, how these treatments affected nectar composition. The results were complex, but one finding stood out: addition of nitrogen had significant impacts on nectar quality.

To test the response of the bumblebees to altered nectar quality, the researchers created nectar solutions that mimicked the average nectar concentrations (made up of amino acids and sugars) produced by plants grown under each global change treatment combination. The preference of bumblebees was tested using a mesh 175 by 175 by 175cm flight cage that offered arrays of ‘flower clusters’ to bee foragers. Finally, this experiment tested the fitness (longevity) of the pollinators by feeding them the nectar produced by each of the previous global change treatments.

Experimental drivers significantly influenced plant growth and attributes of flowering (i.e. number of flowers produced, size of flowers, amount of nectar, sex of flower and onset of flowering). In particular, the researchers found that the treatments affected aspects of nectar chemistry which subsequently affected pollinator preference and longevity. Bees were particularly attracted to nectar from plants grown with elevated nitrogen, but that same nectar that reduced bee survival by 22%.

Since 2012, this work was cited around 113 times in a number of different scientific journals.  Many of these subsequent papers address how climate change affects plant-pollinator mutualisms or review how nectar quantity and abundance change under different environmental conditions.