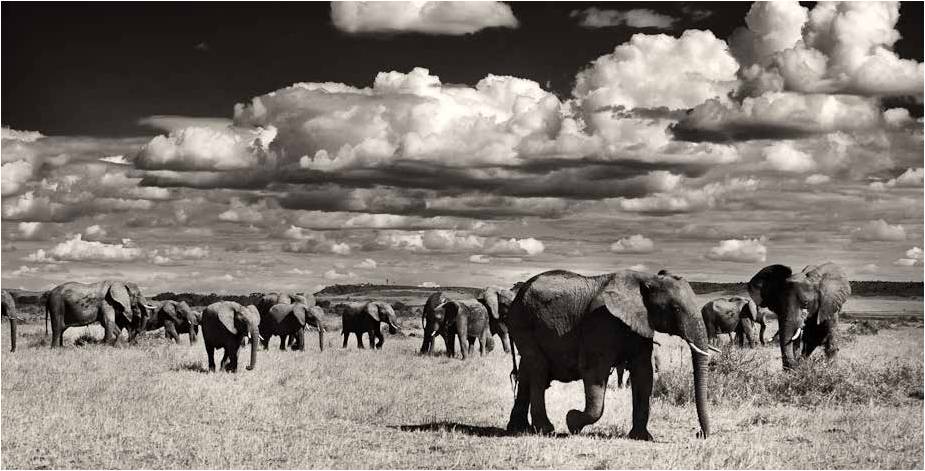 A STUDY DOCUMENTS FAUNA AND PRESSURES IN A WILDLIFE CORRIDOR UNDER SEVERE THREAT IN THE KILOMBERO VALLEY, TANZANIA 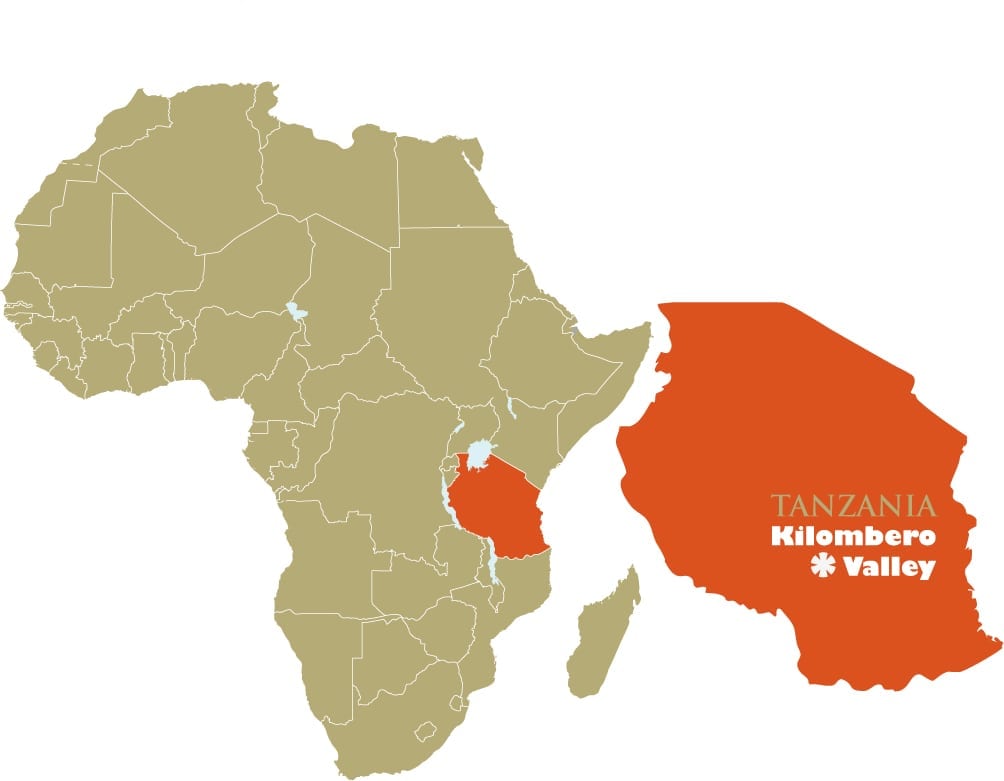 The Kilombero valley is the largest seasonal wetland in east Africa. Situated between the Selous Game Reserve and the Udzungwa mountains, the area supports a diverse fauna and flora. It once had the largest density of wildlife in Tanzania outside protected areas. Most of the Kilombero valley consists of alluvial floodplains, fringed by Miombo woodlands, evergreen forest fragments and grasslands.

The valley is home to over 350 species of plants and a wide variety of animals, many of them endemic or threatened with extinction. It also contains an important bird community, including three endemic species—a weaver bird and two species of warblers. During the rainy season, the valley becomes an important spawning area for several fish species in the Rufiji river. In addition, it has a high diversity of amphibians and reptiles, including one endemic species of crocodile.

The Kilombero valley also contains a number of large mammal species such as African elephants, buffalo, baboon, bushpig, bushbuck, hartebeest, reedbuck, sable and waterbuck. In wooded grassland areas, a number of African ungulates are present such as the zebra, eland, and puku. The puku formerly occurred widely in grasslands near permanent water, within the savannah woodlands and floodplains of south-central Africa, but has now been reduced to fragmented and isolated populations and are listed as Near Threatened on the IUCN Red List. Puku are the only large mammal not represented in the National Parks and Game Reserve network of Tanzania. The long–term survival of the species is therefore dependent upon the conservation of the remaining isolated populations, the largest of which is found in the Kilombero valley. This population accounts for half the global population, making it critical for the survival of the species, however, its habitat is increasingly threatened. Despite not having a protected status, except for the marginal protection it receives as a Game Controlled Area and as Forest Reserves, the valley is of utmost importance for the migration of large mammals like elephants. Historically, elephants and other large mammals have crossed the valley to migrate between the Udzungwa mountains and the Selous, moving down into the floodplain during the dry season and going back to the Miombo woodland during the rainy season. However, in recent years the increase of farming encroachment in the valley has put increasing pressure on the only two remaining wildlife corridors: the Nyanganje corridor and Ruipa corridor.

The valley constitutes one of the most fertile areas in Tanzania, and in the past decade the availability of unprotected land has attracted a large number of migrants into the floodplain and the Miombo woodland. As a result, large areas of the Miombo have been cleared for farming and cattle grazing. Although the majority of the villagers are subsistence farmers, mainly cultivating rice and maize, the extent of human encroachment is so significant that it threatens the survival of many species and the viability of the whole ecosystem. The degradation of the Miombo woodlands and the floodplain is of great concern as their importance as a wildlife refuge is likely to increase as the remaining corridors are getting less and less practicable.

Socio-economic surveys have shown that over 25% of the families currently living in the area have immigrated less than five years ago, predominantly from within the Morogoro region, and often from neighbouring villages within the same district. This migration has mainly been driven by the availability of fertile land and lower population densities in the Kilombero valley. However, population pressures on agricultural lands lead to increasing unsustainable land use practice, and expansion onto marginal lands. As a result, human–wildlife conflict increases due to the threats that wildlife pose to crops and livestock. In addition, social tensions are aggravated between traditional inhabitants and the recent agro-pastoralist migrants. To complement socio-economic surveys, long–term monitoring of large mammals is essential to assess the impact of human encroachment on wildlife. Surveys have been carried out in the Kilombero valley since 1998 and have shown a significant decline in the number of large wild mammals observed in recent years, especially elephants, puku and buffalo. 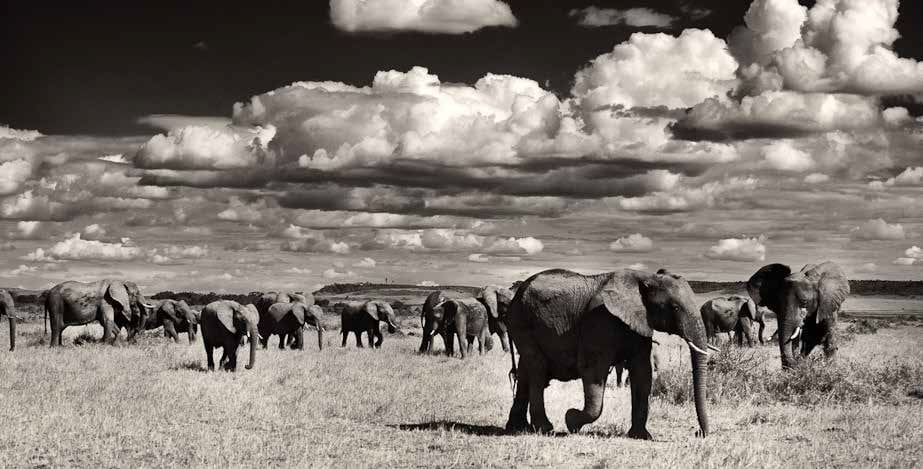 Recent surveys of the Northern part of the Ruipa corridor have shown a total collapse in wildlife numbers, with duiker the only wild large mammal recorded in the Namwai forest in 2010, compared to 25 species just three years ago. Furthermore, studies of the spatial distribution of elephants in the southern Ruipa corridor, between the Selous and the Kilombero river, suggest that this section of the corridor is also closed. Elephants seem to be unable to cross the Ifakara-Mahenge road and reach the floodplain from the Selous. The potential isolation of a large population of elephants within the Udzungwa Mountain National Park is worrisome because it is likely to lead to important disturbances within the park and threaten other local endemic species. Without adequate management of non-protected areas, the land surrounding National Parks and other protected areas becomes increasingly degraded. However, with a substantial amount of time and financial commitment, as well as political will, limiting human-wildlife conflict and restoring the Ruipa corridor is possible. To this end, management recommendations are now being drawn for each village along the Ifakara-Mahenge road.

There is often a conflict between the conservation of wildlife and human needs. However, in some cases protection measures can be mutually beneficial. For instance, there is evidence that agriculture at low densities could actually increase species diversity and abundance of large mammals. In order to reopen such a migration route, large mixed-use areas are therefore likely to be more efficient than the single–use land management plans currently in place. In addition, protecting Namwai forest, which is currently overexploited, would be an important step in preserving the migration route and would also directly benefit the local communities. The village councils are being made officially responsible for the conservation of the floodplain. However, they currently lack the capacity and resources to control immigration and effectively manage their lands, the boundaries and tenures of which are also under dispute. In order for them to effectively enforce the new management plans, it will be essential to invest in capacity building. In particular, this should involve improving education on good farming and grazing practices, as well as infrastructures. It is by directly engaging the local farmers that the sustainable use of natural resources will be achieved, and hence the long term survival of large mammals in the Kilombero valley.

Elise Belle is Research and Development Manager at the Society for Environmental Exploration /Frontier, UK