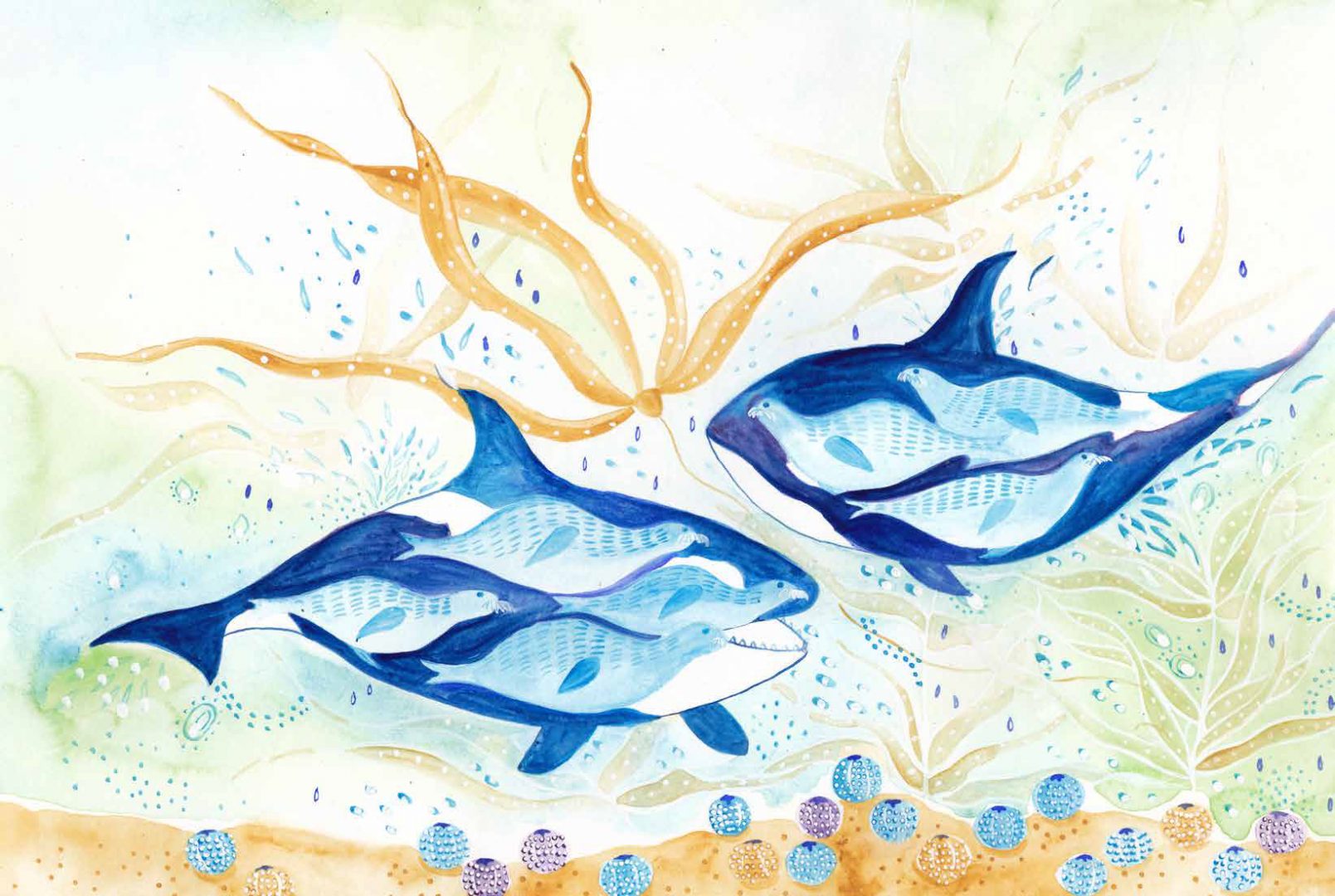 In ecology and conservation practice we often face surprises. Surprise can come from many directions, very frequently from hidden connections that we may not think about. We want to understand how a prey reacts to its predator, but another species may turn out to play a major role in regulating the prey. We want to see how healthy is a population in a habitat patch, but its fate may seem to depend on another population in another, distant but connected habitat patch. We want to act local, in general, but often we have to think global. All these issues call for thinking about networks, developing a network perspective, maybe collecting network data and performing network analysis.

Network analysis, supported by its rich mathematical background, offers more and more solutions for thinking different about a bunch of conservation issues. If one is not sure about the potential inter-relationships among several elements of the ecosystem (species, habitats, individuals, populations etc), a network perspective may help at least to sketch and overview the potential sources of surprise. Indirect effects can be mapped and even their strength can be quantified, which is surely a way to better explain surprising findings. I do not mean that network analysis always provides exact predictions, but it may help to integrate information, design new experiments and increase efficiency of efforts. In brief, it helps to get closer to a more informed, more intelligent and more efficient conservation practice. All this is more abstract (this sounds bad) but also more holistic (this sounds good) than traditional efforts.

The earliest interest in ecological networks was probably raised by marine ecologists. The “no fish is an island” paradigm is becoming stronger and more supported as various network analytical software appear. Multispecies models were developed and experimental studies were done as a response to recognising the importance of indirect effects like trophic cascades. A trophic cascade means that a consumer indirectly helps the prey of its prey (by eating what eats it). The most famous example is the chain of interactions (and the resulting indirect chain effect) from intensified fisheries in Alaska to the emergence of urchin deserts in California. Fisheries reduced fish stocks causing seals to move south from Alaska. The seals were followed by killer whales, which also fed on sea otters. The reduced sea otter population meant that sea urchins, their preferred prey, benefited. Urchins expanded and massively consumed kelp forests causing the disappearance of not only small fish hiding in the kelp forest , but also the kelp forest itself. Eventually, without food, the urchins also died leaving a desert of dead urchins rolling on the pure sandy bottom. All in all, a well-documented chain of interactions happened, ranging over a wide geographical area. Without a large-scale network thinking, connecting overfishing in Alaska to disappearing kelp forests in California would not have been possible.

Two other major conservation (but also economical) issues in marine systems are harmful algal blooms and overfishing predatory fish stocks. We tend to think that the two may be interrelated: overfishing can reduce the strength of important trophic cascade mechanisms and finally lead to the bloom of algae under weaker control. Networks help to understand, quantify, and hopefully in time also predict blooms.

A good example of how to use network thinking to convince stakeholders, is the case of seal cull in South Africa. Seals consumed roughly as much commercially important fish as caught by fisheries. The issue emerged whether a massive cull of seals could improve the performance of fisheries. Following a long political discussion, with important inputs from ecologists, the plan was eventually rejected. Network analysis by the ecologists showed that even if there is a clearly competitive situation between seals and fisherman, longer indirect pathways in the same food web may actually cause contrasting effects. If some of these long indirect effects are stronger than the shorter ones (which is quite possible), seal cull may be even worse for fishermen. Let alone moral and ethical issues, this is a sound scientific argument, supported by numbers.

Sustainability is a major interest in fisheries (just like in agricultural management). There is an emerging interest in shifting focus from singlespecies evaluation of the maximum sustainable yield (MSY) towards a multispecies assessment. Though MSY sounds like a measure calculated for a particular species, it could be better computed only if the stocks of several other species are much better known. If we recall the “no fish is an island” paradigm, we can be sure that the maximal sustainable yield is a function of the whole community and for each species it should be evaluated and quantified in the context of the whole ecosystem. Fishing on several species in parallel causes multiple changes in the system and the combined effects will be faced by the community.

Community effects and landscape effects are often combined, and this raises a “network of networks” issue. Here, network analysis is not only a modeling tool, but also a conceptually important help.

A famous example is the one of the extinctions in the avifauna following habitat fragmentation in California. It was not clear why certain birds were so sensitive to habitat fragmentation, especially since they were not found to be restricted only to large habitat fragments. The solution was found by the “network of networks” thinking.Habitat fragmentation and the loss of connectivity between patches led to the disappearance of coyotes, the top predator in this ecosystem, from the smaller fragments.  Consequently, in these small fragments, smaller predators, having escaped top-down control earlier exerted by the coyote (mesopredator release) started to benefit. These small predators increased in population size and consumed some bird species to local extinction in the small fragments.

The change in the landscape network (connectivity of patches) generated changes in the community network (the food web) within the small fragments. Now the question emerges how to protect networks, of any of the kinds presented above. How do we focus conservation efforts on networks? Network theory says that network conservation is not the conservation of all elements of the network. Instead, network analysis may help to identify key network elements (key species and key interactions in food webs, key habitat patches and key corridors in landscape networks) and focusing on these elements seems to be an optimal way to try to efficiently protect also the rest of the network. If the same amount of resources are needed for a keystone species or for a “redundant” species, it is more efficient and economical to focus conservation efforts on the former instead of the latter. The same is also true for prioritising patches in a habitat network for conservation, because otherwise identical landscape elements may differ in conservation value due to their relative network position.

In this special issue, we feature three examples of the applications of network analysis in conservation. These range from multispecies bird groups to food webs of large marine ecosystems and to forest landscapes.

In the first paper, Hari Sridhar presents how network thinking helps identify important bird species in a tropical bird community. Here, the network is composed of bird species, and their connections are based on who groups with whom in mixed-species bird flocks. The conservation of the key players in this network, the species that are sought out for grouping by other species, can efficiently and automatically help the other species in the community too. Instead, protecting the notso-popular species in the network can only provide a species-specific solution and transitory success.

In the third paper, Santiago Saura and Begoña de la Fuente use network analysis for landscape ecology. The extinction probability of many species depends on their spatial movements. In fragmented natural habitats, survival in disconnected patches is hard for several reasons, including genetics, demography and chance. For many species, it is thus essential to evaluate the possibilities of how to migrate, move and disperse among habitat patches. Network analysis helps to identify the patches and ecological corridors that are in key positions to maintain the connectivity of the habitat network.

After reading these papers, our hope is the reader will agree with us that there is much to do in systems-based conservation (focusing on several ecosystem components in parallel), and the integrative and holistic perspective of network ecology is a vital alternative to the traditional efforts. Alternative does not mean a competing view. Rather, the winning strategy is some mix of the more precise but limited analyses of local effects and the more integrative but less accurate approach focusing on the entire ecosystem.

Ferenc Jordán is leader of the Ecological Group at Centre for Computational & Systems Biology, University of Trento, Italy. jordan.ferenc@gmail.com.