The format of this issue’s COP Watch is somewhat different to our original plan. This is because one enormously significant event has occurred since the last issue of CC, which we felt deserved our full attention. On the 1st June 2017, the President of the United States of America announced that the USA would withdraw from the Paris climate accord, claiming that the agreement “disadvantages the United States to the exclusive benefit of other countries” and would result in “vastly diminished economic production”. 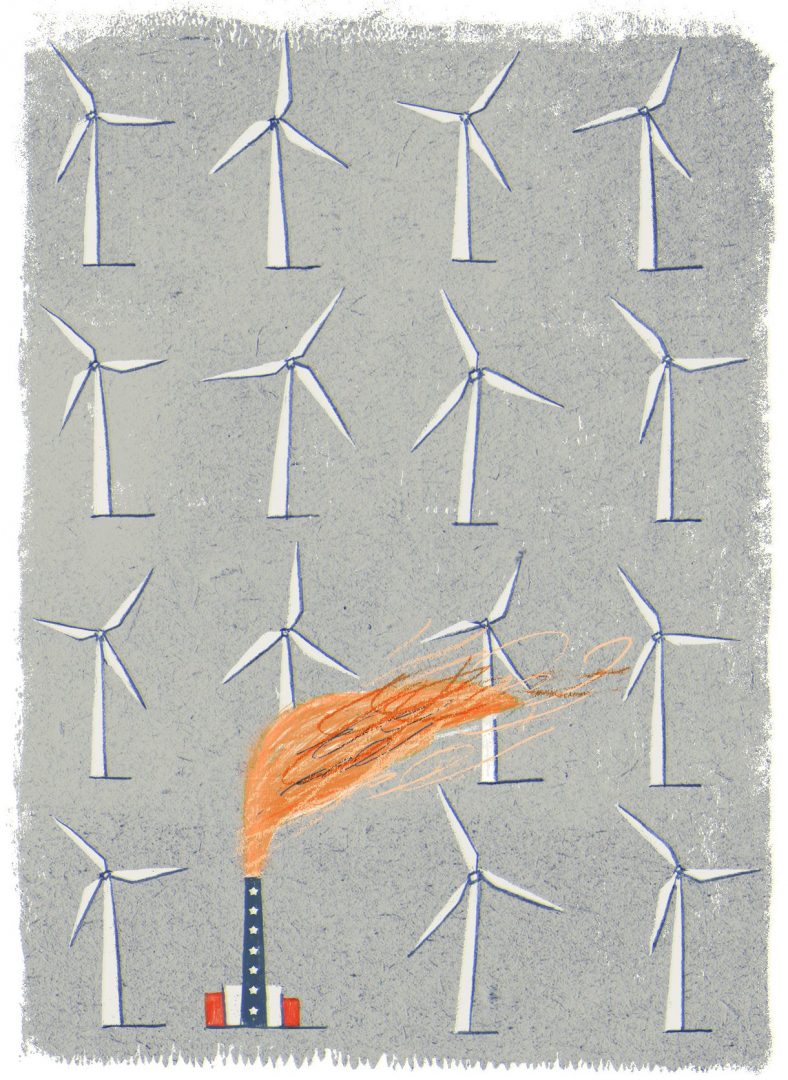 The USA is the World’s largest economy and the 2nd biggest emitter of CO2, contributing 14.9% of global emissions in 20151, so their withdrawal would have major implications for future increases in global temperature. We have three main questions:

The simple answer is yes. In his press statement, President Trump stated that the Paris accord was “non-binding”. This is true. Under the terms of the agreement, parties are allowed to withdraw simply by submitting written notification2. BUT, the USA cannot do this until 3 years after the agreement came into force, that is to say until 4th November 2019. What is more, once written notification has been received, it will be a full year until the withdraw takes effect, taking the date to 4th November 2020. That is the day after the next US presidential election, and many believe that President Trump is unlikely to serve out his full term. What is more, countries can re-join the Paris treaty at any point. So, the next few years will be very interesting.

In the mean-time, the United States must abide by the terms of the treaty. This does mean that they must set nationally defined emission reduction targets, pursue measures to achieve these targets and report regularly on their progress. This does not actually mean that they must actually reduce their emissions, and there is no penalty for not meeting their targets. Is the incentive to set and pursue the ambitious targets needed to slow the pace of temperate rise, undermined by a stated intention of leaving the treaty. Surely the answer is yes.

Yes. In an interview for the Financial Times3, Daniel Bodansky, a professor at Arizona State University and an expert on international climate law said “there aren’t any specific penalties for violations, but other countries are allowed to take ‘counter-measures’ in response”. These otherwise illegal “counter-measures” become legitimate tools once a treaty signatory fails to live up to its obligations. Would other countries be likely to challenge an economic behemoth like the USA by imposing such measures? Your guess is as good as mine, but it seems unlikely.

I believe the answer to this is a resounding yes. Firstly, given that for the next four years the USA is legally committed to setting and working towards targets of emission reduction, we can lobby, campaign and watch like hawks to make sure they are doing this. To achieve the latter, through COP Watch here at CC, we will do our best to keep you up to speed with developments. The website http://climateactiontracker.org/ is another great resource, detailing the actions each country is taking towards meeting their targets. And for those ready to take action, there are several campaigns already running. The Guardian newspaper in the UK listed 10 which they felt were particularly effective (more information here: https://www.theguardian.com/global-development-professionals-network/2013/nov/15/top-10-climate-change-campaigns). A Google search of “climate change action campaigns” will bring up many other options depending on the type of campaign that appeals to you.

Secondly, given the likelihood that there will be a new President in position on the day the USA would actually leave the treaty, we must surely do all we can to convince that President to take the USA back in.

In many ways to backtrack from switching to an economy based on renewable energy sources seems like a negative economic step for the USA. Renewable energy sources are becoming cheaper by the day as the technologies for their production become more efficient and our ability to store energy for low-production periods improves. Meanwhile, fossil fuels are becoming more and more expensive. And of course ultimately, fossil fuels will run out, meaning that in the long-term we have no choice but to switch to renewables. While other major global powers, including India, China and the EU Nations, forge ahead in renewable technologies, placing their economies on a strong footing for this inevitable low carbon future, the USA’s actions seem to condemn them to a game of catch-up which must jeopardise their continued status as the World’s primary economic power. Perhaps this will be enough to make President re-think his plans. If not, all is not lost. But we must act.

Finally, in other COP news, 15 more countries have ratified the Paris agreement since our last issue. This takes the total number of ratified signatories to 157, out of 195 countries which originally signed up. Well, swings and roundabouts I suppose.