Day out with a herder

Lessons for ecosystem management can be learnt from local communities that have been dependent on a particular landscape for many generations. They care about it since it is their life-line.

The night was dark and lit only by the stars. In July, I was in a small hamlet with Kathal, a Dhangar, who would change my perspective about grasslands forever.

I had met him a few weeks earlier, about 400 km to the west of here, preparing for his long monsoon migration across the Western Ghats from north of Mumbai to Ahmednagar. Kathal and his clan spend most of the year in the west—where private landowners pay them to graze their sheep on their lands for the benefit of the manure the sheep deposit. But every monsoon, they make this epic journey and spend a few months here, in the amazing vast grasslands near Ahmednagar, before heading back. The Dhangars are a class of herders primarily located in the Indian state of Maharashtra. 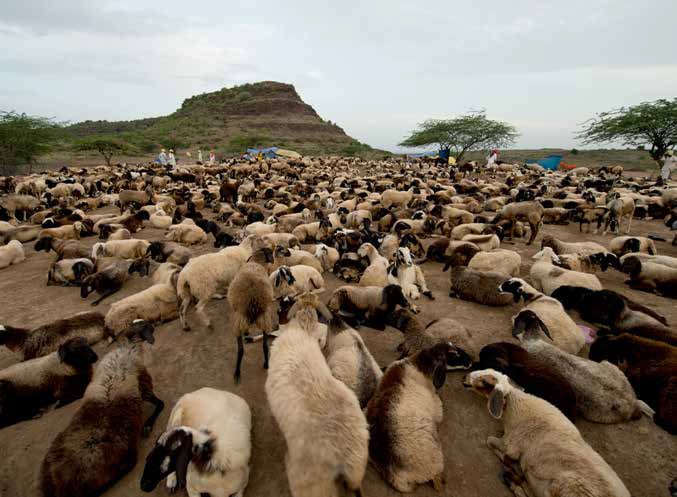 I was there to film wildlife for a BBC documentary in-the-making. When I had met him earlier Kathal had told me that predators like the wolves and hyaenas would be waiting here for them and their herds to return. He had said that wolves would turn up every night, and I had noted that wisdom with a pinch of salt. I had come to film the ‘conflict’ between these shepherds and the wolves in this landscape.

But, that night, just as the Dhangars were setting up their beds, they—the wolves—did come. I could see them away in the distance with my thermal camera. They slowly approached the hamlet and the sheep pen, but the dogs chased them away. Almost at the same time, some more dogs were chasing something else at the other end, and it turned out to be a hyena. Both the predators made many attempts all through the night to try and steal the sheep, but the dogs kept them away each time.

The next morning, I apologised to Kathal for not having completely believed him about the presence of predators. I was talking to him about how I see predators and grasslands when he said “Come join me today” and I went along with him as he took off for the day herding his 800 odd sheep. I was scanning for wildlife with my binoculars and trying my best to avoid stepping on all the sheep droppings while he was talking. I asked him what he felt about the wildlife in the area.

“People think we just hang around with the sheep all day and have nothing to do with the land. We are blamed for overgrazing the land and taking away resources from wildlife.” he said.

“Time is more important than numbers..” he continued, staring into the horizon. “Overgrazing of grass is directly related to the amount of time the plants are grazed by the animals and how often we come back to the same place. This is what I do. As long as my sheep are on the move and do not come back to the same place often, it stimulates good grass growth. The forest department burns the grass for fresh shoots. Why don’t they just let our sheep graze? Sheep do the exact same thing and it benefits everybody”.

“This is why you have the predators here. They keep the wild ungulates (blackbucks) on the move all the time and in the process keep the grasslands healthy. My ancestors observed this and have developed these herding practices. On what basis do you stop us from grazing?”

I realised that although I was just a filmmaker, for Kathal, I represented the larger wildlife/conservation community that has denied them grazing rights across large parts of the country.

We chatted the rest of the day about his animals. He looked after each of the 800 odd sheep as if they were his own children, observing which one was limping, which one did not eat well, which one was fighting with whom, etc. After we got back in the evening, he and his son spent an hour or so singeing the hooves of all the animals he had noticed limping during the day, and he also force-fed atta to the sheep that had not eaten during the day. 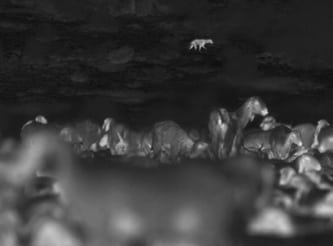 That night, as I was sitting on my camp stool with the thermal camera, I was thinking about the day and all the things Kathal had mentioned. It all made sense. In fact, there have been studies from Africa and even in India (in places like Bharatpur), where a positive correlation has been demonstrated between the health of the grasslands and grazing. Probably species like the great Indian bustards are now disappearing because of the changes in the grassland communities after cessation of grazing due to the ‘protected’ status given to them.

That night the wolves were back again, and at around 3 am, when all the dogs were fast asleep, one of the wolves slowly sneaked in, cut the rope that was holding the nets and picked up a lamb and fled. The dogs woke up to the commotion and then everyone realised what had just happened. I was sitting and filming these series of events. Far from the hamlet, the wolf was joined by 2 more and together they finished off the kill.

I spent two weeks with Kathal and every day I learnt something new. Not just about animal husbandry, but also about grasslands and the close relationship between them (the grazers) and the grasslands. 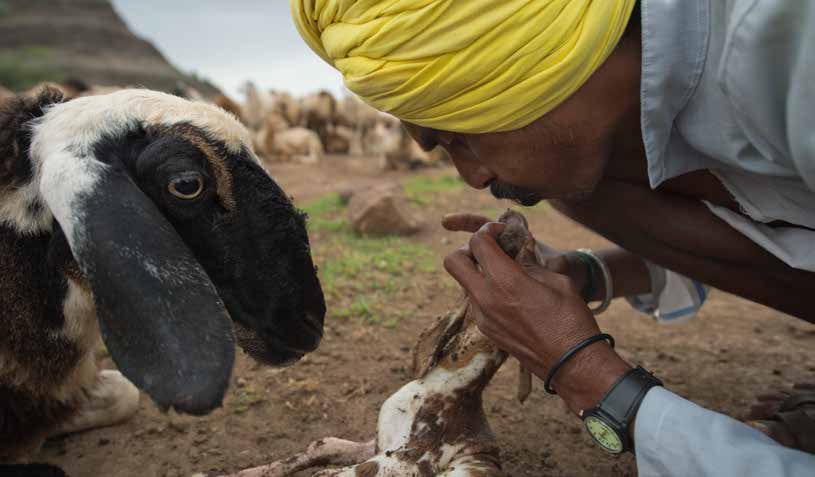 On the last day, I was interviewing him on camera and asked him if he saw wolves as a threat. He said “Of course not. We budget for these losses. Our biggest threat is the forest department and wildlife people like you who build fences and block our grazing routes.” 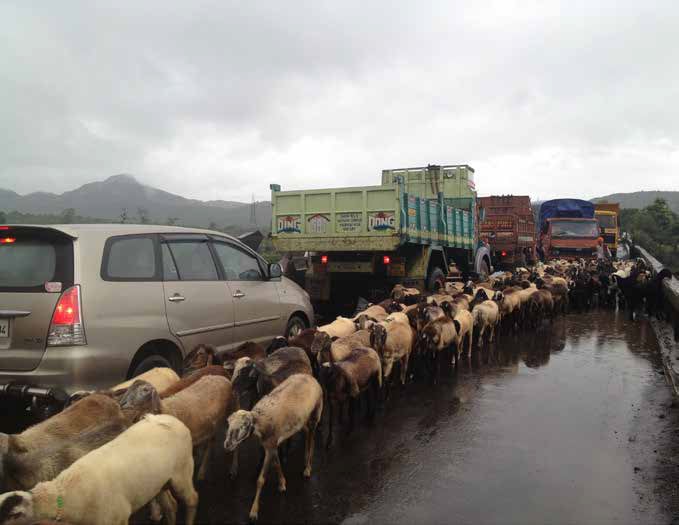 I, for once, totally agreed with him. Even in that short period of time, I was witness to “afforestation” of these grasslands. It was evident that the grasslands were not even recognised as a unique ecosystem by the very department that was meant to protect and maintain them.

Every inch of land that did not have a tree was being viewed as a ‘wasteland’. All this, despite seeing species like the blackbuck, bustards, foxes, and others being specifically dependent on these ecosystems. And without taking into account the fact that grazers and these grassland -dependent species have co-existed for centuries until the Protected Area system came into being, among other changes, and altered the dynamics of these landscapes.

Kalyan Varma is a wildlife photographer and filmmaker from Bangalore, India. He freelances with BBC Natural History and National Geographic Channel (India), and also works with grassroots NGOs to highlight environmental issues in India. kalyan@rtns.org