Digging into Evolutionary Time: Extinctions in the Fossorial Shieldtail Snakes

Humans are modifying the planet at an alarming rate and are pushing many species to the brink of extinction. However, some species appear more vulnerable to extinction than others. To understand why some groups face higher extinction risks, we need to know how different groups have survived through environmental changes during their evolution.

Underground (fossorial) environments are comparatively more stable and thought to remain relatively unaffected by above-ground environmental fluctuations. However, it’s been shown that snakes that live underground evolve into new species at slower rates and experience higher extinctions compared to above-ground snakes (Bars-Closel et al., 2017; Cyriac and Kodandaramaiah, 2018). But how does living in a relatively stable environment lead to more extinctions? Fluctuations in climate is one factor that has been shown to influence extinctions in many organisms. Can the above-ground climate influence the evolution of fossorial species? Is it that fossorial snakes are so specialised to their underground environment, that they cannot adapt to sudden changes in their environment?

To address this, we (Cyriac and Kodandaramaiah, 2017) focused on shieldtail snakes (Family Uropeltidae), a group of highly specialised fossorial snakes found in the forests of peninsular India and Sri Lanka. Using DNA obtained from tissue samples, we built a phylogenetic tree that reconstructs the relationships between species and estimated the time at which different shieldtail species evolved. Using this tree, we estimated the rates at which new species arise and go extinct, which together (termed diversification) determines the total number of species in any family/lineage. We found that diversification rates were strongly correlated to above-ground temperatures over the 55 million years since shieldtail snakes evolved. We further found that a sudden increase or decrease in global temperature was correlated with higher extinctions. Overall diversification also reduces in association with contraction and fragmentation of forest habitats that started from the late Miocene around 11 million years ago. 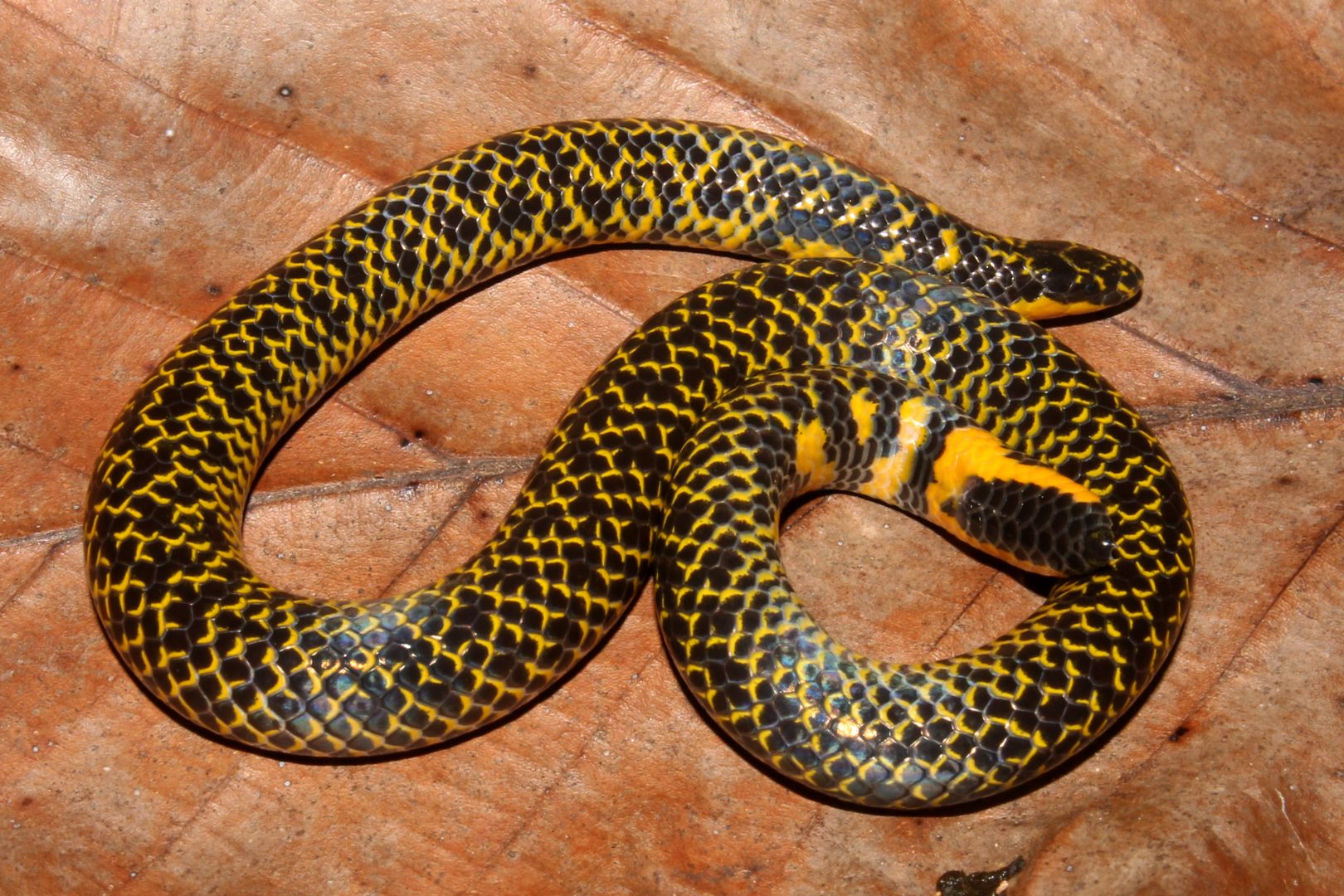 Uropeltis madurensis, a species of the family Uropeltidae that is restricted to the Southern Western Ghats of India. Image credits: Vivek Philip Cyriac

Cyriac, V. P. and U. Kodandaramaiah. 2018. Digging their own macroevolutionary grave: fossoriality as an evolutionary dead-end in snakes. Journal of evolutionary biology 31(4): 587–598.

Vivek Philip Cyriac is currently a PhD student at the Indian Institute of Science Education and Research Thiruvananthapuram, Kerala. He is an evolutionary ecologist whose research focuses on understanding the mechanisms that generate and maintain biodiversity. He is also interested in how species adapt to changing environments at ecological and evolutionary time scales.