Diseases of free-ranging dogs: Implications for wildlife conservation in India 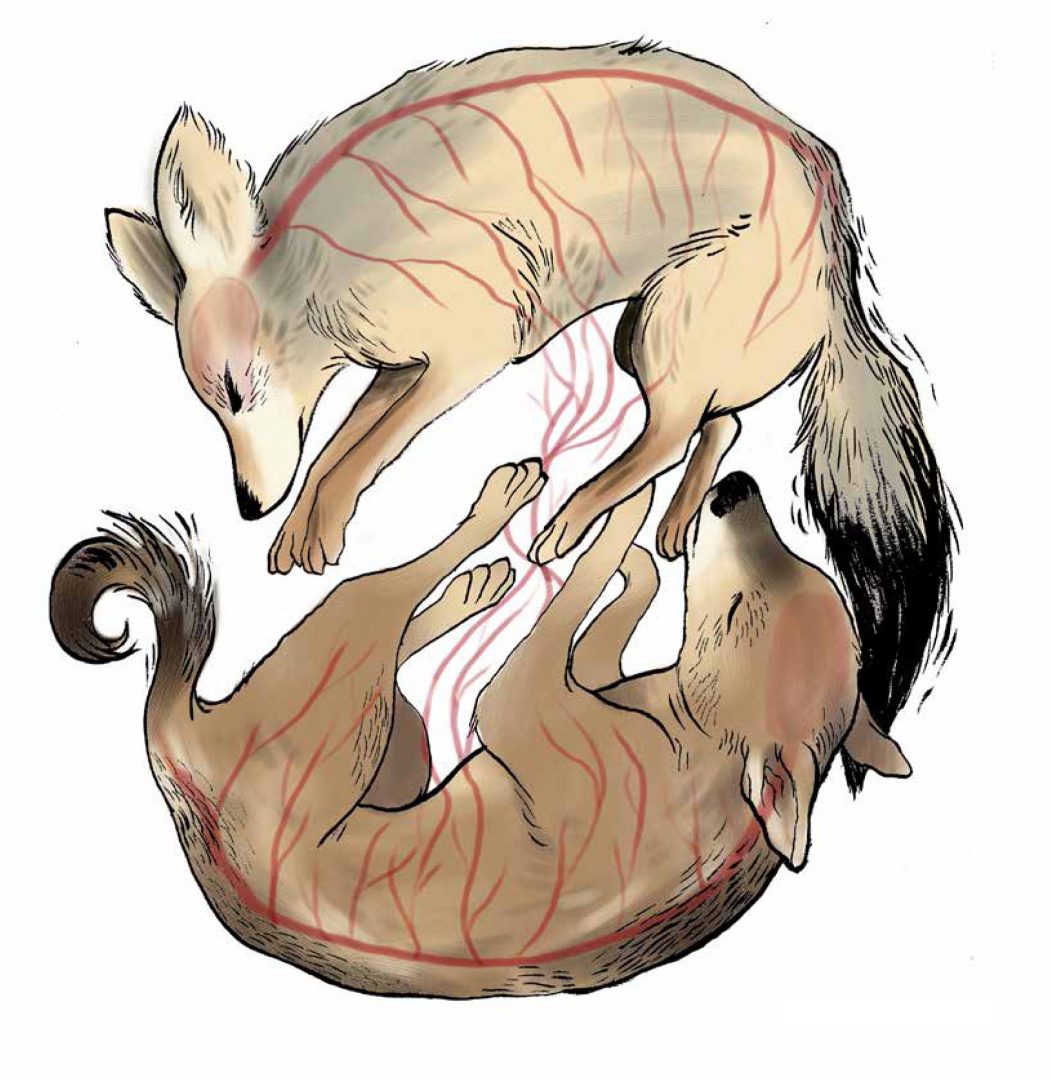 Dogs are almost everywhere on this planet. With the exception of Antarctica, this domesticated subspecies of the gray wolf occurs on every continent (Though dogs played an important role in the exploration of Antarctica prior to 1991, they were subsequently banned from the continent due to the potential threat of canine distemper, a dog disease, spreading to Antarctica’s seals). Widely distributed across the rest of the continents, dogs have a staggeringly large global population—estimated at one billion individuals—and have therefore achieved the distinction of being the world’s most abundant carnivore.

Some 58 million of these dogs (~6% of the global dog population) roam the Indian landscape. Dogs are very much a part of the backdrop everywhere in India, so commonplace that they barely warrant a second glance. Dogs occur in cities, towns and villages; around markets, garbage dumps, slaughterhouses and meat shops; outside restaurants and dhabas; on highways and farmlands; and even within protected areas. These dogs are mostly unowned or community owned (‘loosely owned’), and therefore unsupervised, unvaccinated, and freeranging. Such dog populations typically have a high population turnover, mainly due to high rates of both birth and mortality. Further, dog populations in any given landscape form a metapopulation, or a series of interconnected populations between which individuals move freely. These two factors—interconnected populations and high population turnover—allow the persistence and transmission of disease-causing pathogens. Most dog pathogens have a wide host range, meaning they can infect other species as well. For instance, dogs are the known reservoirs of rabies virus which causes fatal disease in all mammals, including humans. More than 50,000 humans die every year due to dog-transmitted rabies. 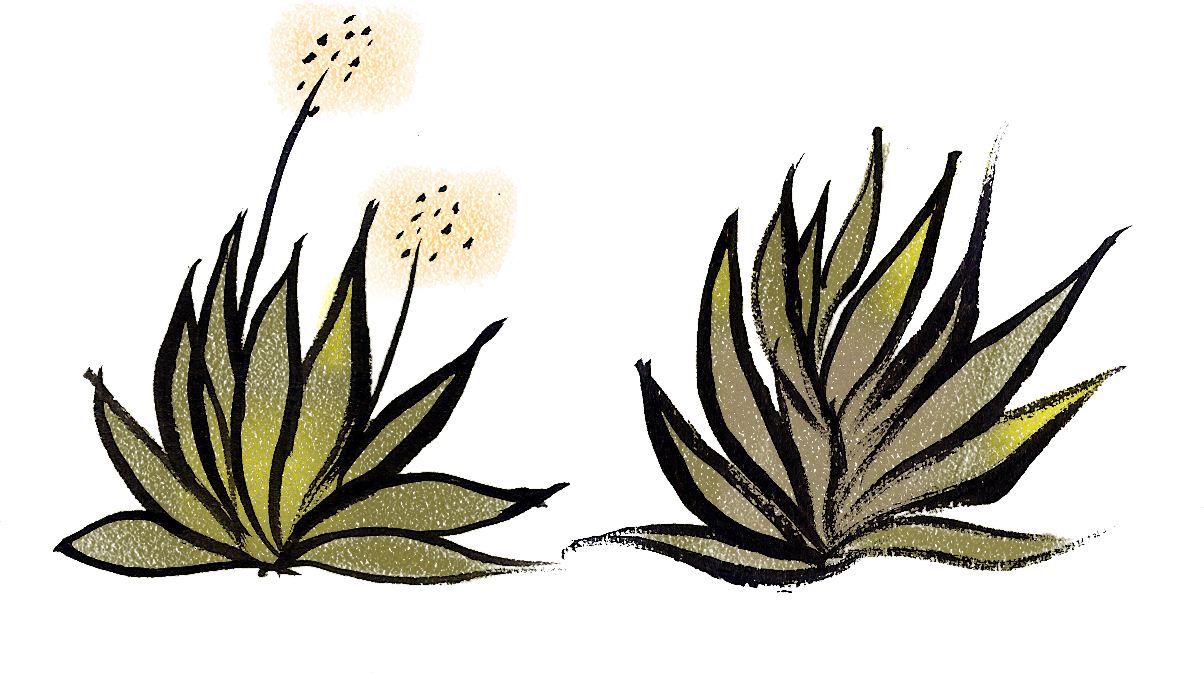 Dog-transmitted rabies also poses a conservation threat. Introduction of canine rabies resulted in the local extinction of African wild dog populations in the Serengeti-Mara system (Tanzania/ Kenya) in 1989; similar spillover events have resulted in dramatic population declines of the Ethiopian wolf population in the 1990s. Several other multi-host pathogens can also persist in large dog populations. Dogs have been implicated as a source of canine parvovirus (CPV), contributing to gray wolf mortality on Isle Royale, and as a potential source of canine adenovirus (CAV) transmitted to maned wolves in Bolivia.

Canine distemper virus (CDV) has also caused several well-documented epidemics in wild carnivores. The most infamous CDV epidemic occurred in the Serengeti in 1994, wiping out a third of all lions (>1,000 individuals) and many hyenas, leopards and bat-eared foxes. Several other species, including African wild dogs, Caspian sea seals and Lake Baikal seals have also experienced high mortality rates as a result of CDV introduced from dogs. Domestic dogs may be the source of CDV infections that have recently been reported to impact endangered Amur tigers living in the Russian far east. These examples indicate that multi-host pathogens can pose a serious conservation threat when reservoir dog populations occur alongside susceptible populations of wild carnivores.

Much ado about nothing?

In India, several wild carnivore species, including leopards, snow leopards, lions, tigers, wolves, hyenas, jackals and foxes, occur in human-dominated landscapes where dogs are omnipresent. Further, dogs are known to interact with wildlife in myriad ways; for instance, several studies in India have found that dogs are an important component of the diets of leopards. Dogs are also known to attack wild carnivores. Interactions such as chasing, fighting, or feeding events at carcasses are all potential opportunities for pathogen transmission between species. But so far, there has been no dramatic disease outbreak or diseaserelated population declines in wild carnivores in India—or, at least, none has been documented.

The lack of evidence for disease-related population decline in wild carnivores may simply result from the fact that we have not yet looked for it. Unless there are extreme circumstances such as mass die-offs, diseases in free-ranging populations can go completely undetected because of the inherent difficulties of monitoring wild populations. Also, wild animals instinctively mask the symptoms of illness or disease; so a diseased wild animal will appear ‘normal’ to an observer. Further, it is difficult to find carcasses of wild animals quickly enough to assess the cause of their death. In India, there has not been much research on infectious diseases of wildlife, nor do we have a system of obtaining and analysing surveillance data. This is also true for diseases of dogs: measures of the prevalence of important pathogens in dog populations are virtually lacking. Despite the serious public health threat of rabies in India (one person dies every 30 minutes due to dog-transmitted rabies), the epidemiology of rabies in dog populations has not been properly investigated. Neither do we have any reliable demographic data for dog populations in India.

Serologic surveys indicated exposure to viral pathogens in both dog and fox populations. Most of the dogs we tested were exposed to CPV, CDV and CAV, indicating that the pathogens were enzootic (meaning ‘constantly present in animals of a specific region’—the animal version of ‘endemic’) in the dog populations around GIB WLS. The exposure rates in foxes were low compared to those in dogs, indicating the susceptibility of foxes to dog pathogens. The fox serological data also revealed an ongoing CDV epizootic in the fox population (meaning that new cases of CDV in foxes were being recorded). Further, foxes infected with CDV had a high rate of mortality. We tentatively hypothesised that high dog-fox contact rates facilitated the transmission of CDV from dogs to foxes, as the latter species would not have maintained CDV in isolation given its relatively low population density and the apparently high pathogenicity of CDV in foxes. These observations prompted the Maharashtra Forest Department to undertake mass vaccination of dogs in the villages surrounding the GIB WLS as an approach to protecting wild carnivores inhabiting the protected area. 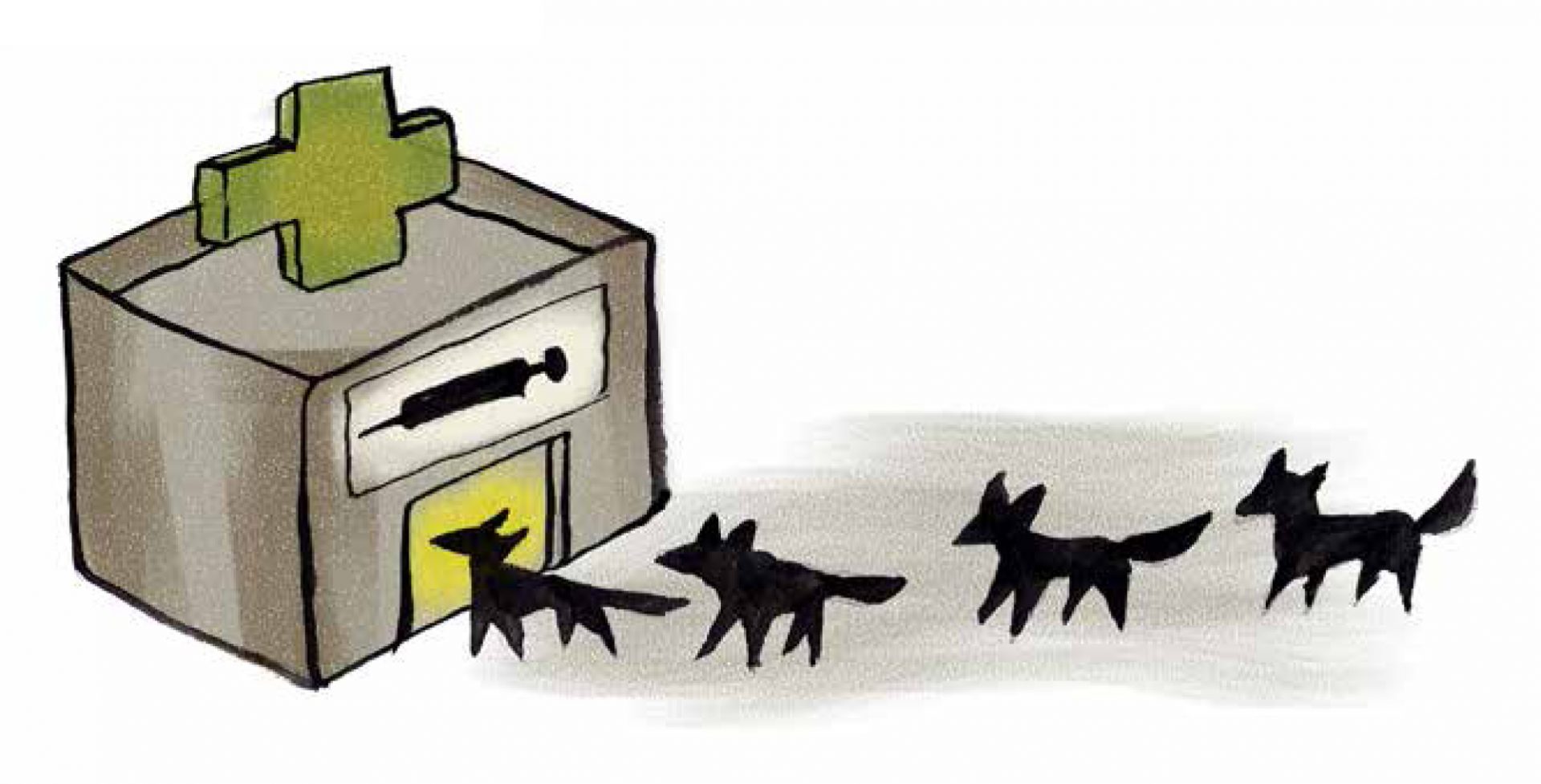 The mass vaccination programs provided an excellent opportunity to further study the disease ecology of free-ranging dogs. I planned my dissertation research around the vaccination campaigns in six villages near the GIB WLS. Long-term serologic data was obtained for the dog populations, along with baseline demographic data. As virtually all the dogs in this region are free-ranging and not habituated to restraint of any sort, a non-invasive method using photographic mark-recapture approach was optimised for estimating dog abundance. Dogs occurred at high densities in the villages around GIB WLS (> 526 dogs per square kilometre); the dog populations were male-biased and comprised mostly adult dogs. The serology data confirmed the previous findings of high exposure rates to the three viral pathogens of interest. An in-depth analysis of the epidemiological data indicated that adult dogs had consistently high exposure rates to these pathogens, indicating that the viruses actively circulate in the dog populations. The high exposure rates of adult dogs also indicated survival following early natural exposure to these pathogens; lifelong immunity results from natural infection with CPV, CDV or CAV. Collectively, the findings suggest that most adult dogs in the study populations are immune to pathogens such as CPV, CDV and CAV, and play no current or future role in the maintenance or transmission of these pathogens.

Vaccination of dog reservoir populations has been recommended as a potential measure that can be used to protect wild carnivores from dog diseases. By vaccinating dogs against pathogens of conservation concern, it is expected that the number of susceptible dogs in the population will be reduced, thereby reducing the occurrence of clinical cases and the likelihood of transmission events between infected dogs and wild carnivores. To determine the extent to which such mass vaccination programs are applicable and practicable for large, free-ranging dog populations, I undertook a village-level vaccination experiment. Dogs from three villages were vaccinated against rabies virus, CAV, CPV and CDV (treatment dogs), while those from three other villages were only vaccinated against rabies virus (control dogs). All dogs in the control and treatment villages were vaccinated against rabies because of the public health risks posed by dog-transmitted rabies in the region. For both the groups, we determined the proportion of dogs with protective antibodies on four occasions over a period of one year.

Vaccination failed to increase the proportion of dogs with protective antibodies against CAV, CPV or CDV in the treatment group compared to the control group, as much of the effort was put into vaccinating dogs that were already antibody-positive by virtue of prior natural exposure to these pathogens. Furthermore, several unvaccinated adult dogs acquired protection against these pathogens during the study. In such situations, vaccination of adult dogs against enzootic viral pathogens seems unnecessary, and would escalate the cost-benefit ratio of dog disease control programs. However, further research on such approaches is necessary. It should be noted, though, that mass vaccination programs will readily work for a pathogen like rabies, as exposure to rabies virus is always fatal and therefore an unvaccinated population consists entirely of susceptible dogs that will benefit from vaccination.

Another important outcome of this work was the realisation that effective management of diseases in free-ranging populations requires a better understanding of pathogen dynamics—specifically, the conditions favouring the persistence and transmission of the pathogens in the system under study. Experiments can be designed to study and unravel these mechanisms, but such an approach would necessitate repeated interventions requiring the capture and handling of a large number of animals. Unfortunately, legal, ethical, and logistic constraints make such interventions impossible when free-living or wildlife species are involved. In such situations, computational models can be formulated to simulate disease transmission based on the current best understanding of the system. The model can then be used to play out various scenarios under different assumptions, and thereby explore potential disease control strategies. Using data from the ecological and epidemiological studies, I formulated a model of CDV transmission between dogs and foxes in and around the GIB WLS. The model simulated movements of dogs and foxes in the landscape, and the transmission of CDV between infected and susceptible individuals. There were two model outputs: the average number of new CDV cases in the dog population every year, and the number of times CDV was transmitted between dogs and foxes (number of ‘spillover’ events). I then investigated which potential disease control interventions would best mitigate the disease spillover threat in the model fox population.

My results indicated that spillover could be significantly reduced by a reduction in the size of dog populations, as well as by a limitation on the free-roaming tendencies of dogs. Vaccination of dogs against CDV in such settings, however, was ineffective. 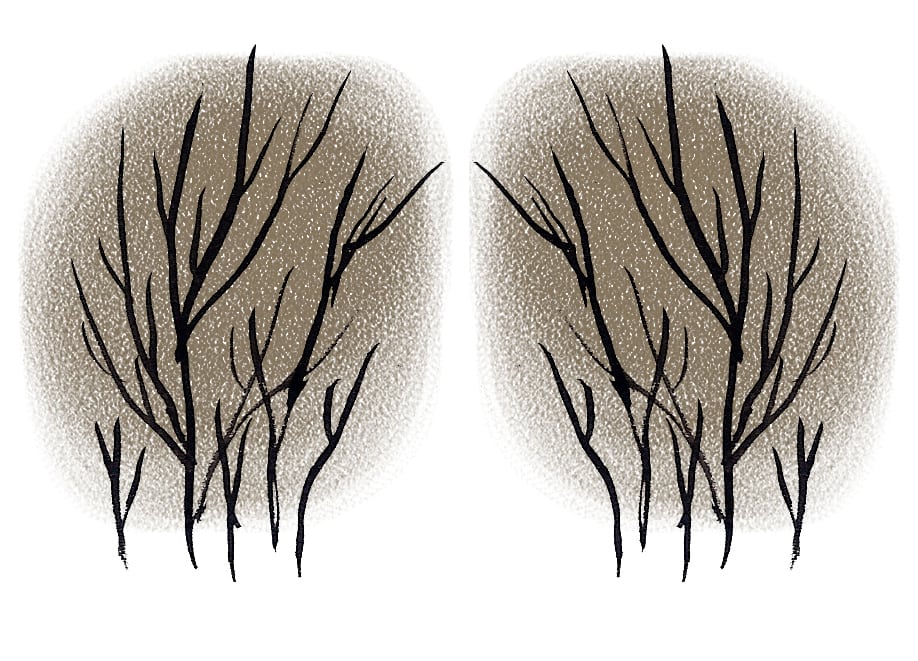 Collectively, these findings have important implications for dog disease control programs, especially in settings where dog populations are large and free-ranging, and where pathogens like CPV, CDV and CAV are enzootic. This work underscores the importance of investigating the population pattern of pathogen exposure before considering mass vaccination programs for free-ranging dog populations. Vaccination of local dog populations will be an ineffective disease control strategy in settings where viruses are enzootic in large, freeranging dog populations. This is an important point to emphasise, given that the National Tiger Conservation Authority has recently recommended vaccination of dogs around protected areas to prevent CDV transmission in tigers (http://projecttiger.nic.in/whtsnew/CVD.pdf). 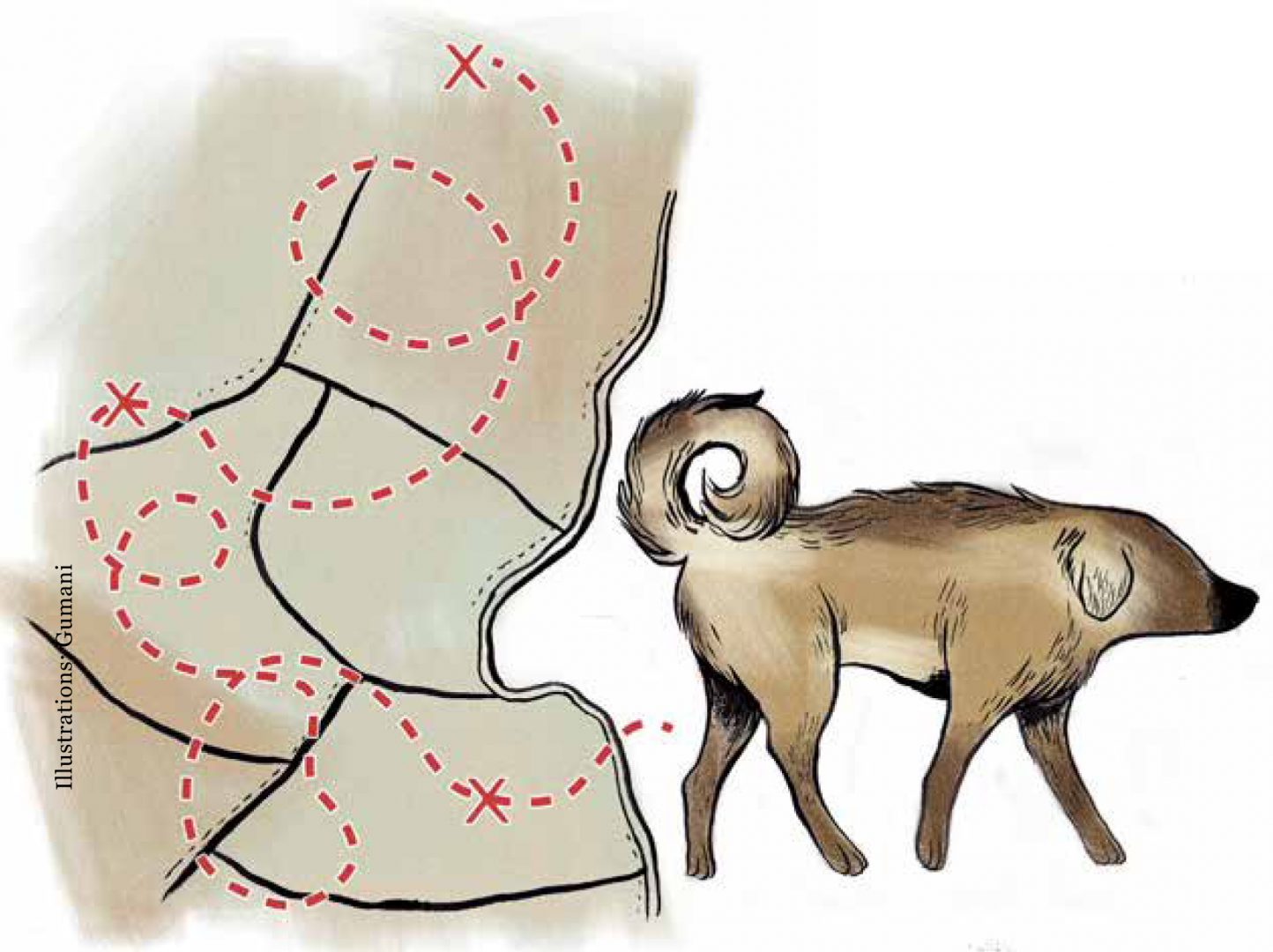 Based on the predictions of my model, disease control programs should also have a strong component of public outreach, emphasizing responsible dog owner-ship. For example, dog birth control programs implemented in and around areas of conservation concern, in combination with restrictions to the movements of dogs in habitats occupied by species of conservation concern, would reduce the disease threat to susceptible wildlife. It is likely that similar efforts in other domestic animal taxa would also be beneficial.

Overall, management of diseases in free-ranging populations is challenging, given the complex ecological and epidemiological interactions of multiple hosts and pathogens. Strategies for investigating and mitigating disease risks to wildlife should be based on scientific evidence obtained using a combination of ecological, epidemiological, and computational studies.

Aniruddha Belsare is currently a Postdoctoral Fellow in the Fisheries and Wildlife Sciences department (University of Missouri), investigating wildlife diseases in the state of Missouri, anyadoc@gmail.com.