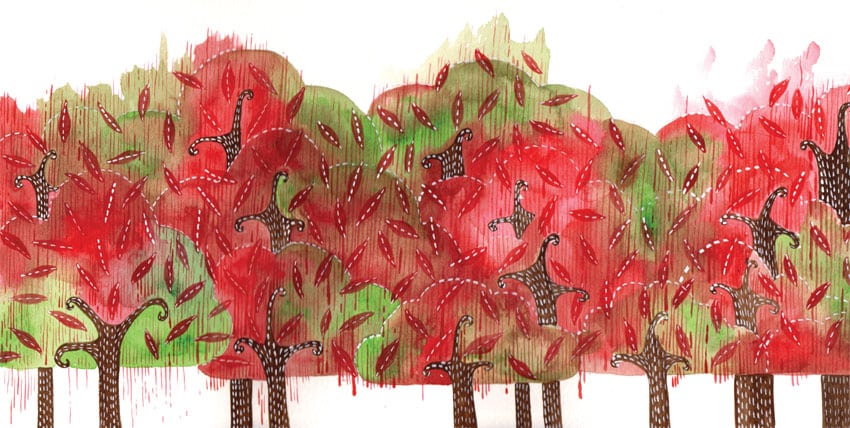 The Green India Mission aims to raise carbon stocks to tap benefits from the global carbon market. But its reliance upon JFM institutions strengthens the regime of exploitation.

REDD+ (Reducing Emissions from Deforestation and Forest Degradation and Carbon Stock Enhancement) is a critical component of the international initiative for mitigating global climate change. Recently, in favour of a comprehensive REDD+ approach, India presented an ambitious Green India Mission programme under the National Action Plan on Climate Change (NAPCC) in 2008 to advance the objectives of the Kyoto Protocol. The Green India Mission (GIM) is one of eight National Missions under NAPCC which aims to raise carbon stocks to tap benefits from the world carbon market. Hence, the proposed Mission aims to address the issue of climate change by enhancing carbon sinks in the State’s forests while enabling forest dependent communities by providing them certain monetary incentives. In this context, I try to assess the impact of India’s REDD+ initiatives and argue that this process of enhancing carbon stock though incentivising approaches results in an ‘inclusive exploitation’ of forest peoples, leading to negative impacts on their relationship with nature and threatening their livelihoods.

REDD+ initiatives created an enormous opportunity for India to gain ‘positive incentives’ for its ‘pro-conservation approach’, guided by the World Bank and other bilateral donors. Following the 13th Conference of the Parties (COP 13) to the United Nations Framework Convention on Climate Change (UNFCCC) in Bali in December 2007, the scope of REDD was broadened to REDD+, which also provides incentives for increases in carbon stocks and emission reduction credits from a wider array of forest management practices. Improvements to logging practices, forest fire prevention, afforestation/reforestation and sustainable forest management, in addition to forest conservation, become potential credit-generating activities under REDD+. Under the REDD+ initiative, India expects to be rewarded for providing carbon service to the international community through nationwide greening programmes, such as the large scale plantations under ‘Social Forestry’ during 1970s and 1980s and National Afforestation Programme during the 2000s. One major incentive for India to design REDD+ strategy development plan has been the prospect of accessing funds from the World Bank-administered Forest Carbon Partnership Facility (FCPF) and, more recently, from the UN-REDD Programme. It is estimated that a REDD+ programme for India could provide capture of more than 1 billion tonnes of additional CO2 over the next 3 decades and provide more than US $3 billion as carbon service incentives under REDD+. As a part of its REDD+ strategy, India has undertaken several initiatives in recent years including a submission to UNFCCC on REDD in 2008, establishment of a Technical Group and a National REDD+ Coordinating Agency.

The most landmark initiative in this regard is the announcement of an ambitious Green India Mission programme under the National Action Plan on Climate Change in 2008 to be implemented between 2010-11 and 2019-20 by the Ministry of Environment and Forests (MOEF), Government of India. Recognising that climate change phenomena could adversely affect natural biological resources and associated livelihoods, the overarching objective of the Mission, with a budget of US $10 billion (approximately), is to increase forest/ tree cover on 5 million ha of forested and non forested land, and improve quality of forest cover on another five million ha—a total of 10 million ha. The Mission will also focus on improvement of ecosystem services, including biodiversity, hydrological services and carbon sequestration, and aim to increase forest-based livelihood incomes for three million forest dependent families. In terms of carbon sequestration, the mission aims to reach an annual CO2 sequestration of 50 to 60 million tonnes by 2020, which will increase the share of greenhouse gas (GHG) emissions offset by India’s forest and tree cover to around 6 percent as compared to 4.5 percent that would have been offset in the absence of the Mission. The ambitious Mission was on the verge of initiation with the allocation of Rs 200 crore in the Union Budget for the year 2011-12. 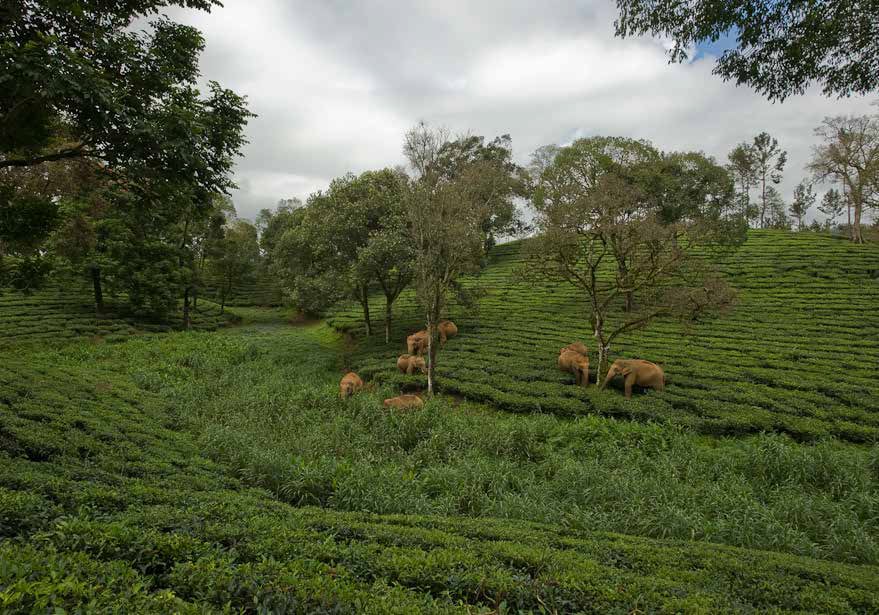 The Mission aims to strengthen decentralised forest governance by involving local community institutions, particularly forest dwelling communities, in the field level implementation of the programme. According to the draft document, decentralised forest governance would be strengthened through Gram Sabhas (Village Assembly) as overarching institutions and thematic committees such as Joint Forest Management Committees (JFMCs), Community Forest Management Groups (CFMs–a large number in Orissa), Van Panchayats (in Uttarakhand), and Village Councils (in the Northeast) and livelihood promotion groups. The Mission would facilitate the active coordination of the Forest Department with Panchayati Raj Institutions (PRIs) and other partner agencies. According to the Mission document, the spread of Joint Forest Management across states and the implementation of The Scheduled Tribes and Other Traditional Forest Dwellers (Recognition of Forest Rights) Act, 2006 provided a legitimate background and space for positive interventions of the community in this kind of protection, regeneration and management of the forests under the purview of GIM.

The Mission also aims to revamp the FDAs at the State and District levels and JFMCs at the village level for providing support to secured community tenure, capacity building for adaptive forest management and livelihood support activities. With all these initiatives, the Mission would contribute to empowerment of communities and reinforce decentralised local governance of forests in the overall context of climate variability and adaptation. In this context, given increasing educated unemployed youth in rural areas, the Mission would invest in the development of a cadre of ‘community-based change agents’ from amongst educated community youth, to facilitate planning, implementation and monitoring of Mission activities at the local level. This incentive-oriented model for community involvement for conservation and enhancement of the forest cover engenders the ideas of ‘Green Dividend’, ‘Green Bonus’ and ‘Trees for Credit’, at least in the form of proposals before the MoEF during public consultations on the Mission which took place in different parts of the country. However, it is evident from the Mission document that it placed primary thrust upon so–called JFM institutions like FDAs and JFMCs to involve communities. But, JFM experiences show that the so called participatory exercises of people under the programme have been merely restricted to either patrolling activities for forest protection or regeneration of forest species. Participation in decision making regarding the modes of conservation, species choice, livelihood development and above all the quantum and mechanism of benefit sharing has neither been realised nor been encouraged in any form. Community participation was used in this ‘joint’ exercise as a means of directing communities to achieve preordained project targets, and the programmes failed to secure their rights in planning and decision making. Further, in the’ joint’ management, the forest department’s age 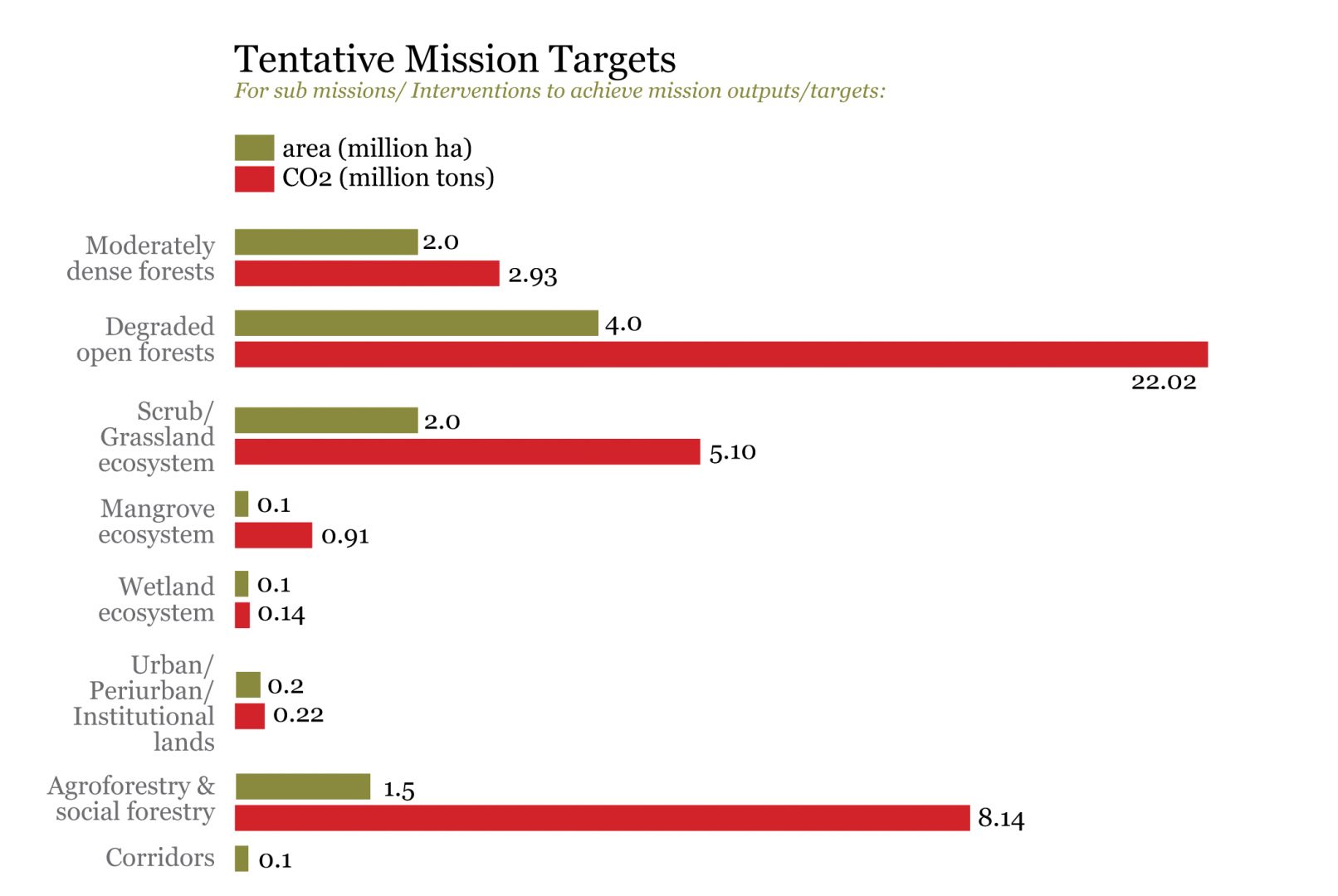 Therefore, the uncritical reliance of the Mission’s decentralising strategy upon the JFM framework can only strengthen further the regime of ‘inclusive’ exploitation in forest governance. I term this as ‘inclusive’ because it happens under the guise of decentralised frameworks where the projected strategy of participation is often turned into a mechanism of co-option of forest dwellers under a top down agenda of management. Though the Mission document has provided a prominent role for Gram Sabhas in this model of decentralisation, experiences of Gram Sabha functioning clearly show that either they were systematically ignored or forced to agree at gun point to give up their land to multinationals, as in Jharkhand and Orissa. Further, under GIM, the forest dwelling communities would not have any choice of species to be planted. They would not have any authority to decide the quantum of benefit or the mechanism of the said benefit sharing. There is no scope for negotiation with the forest department relating to matters of facilities and privileges to be offered to them. Rather, they would have to work for the protection and plantation of forest species as carbon storage under the terms and conditions laid down by the department to promote the agenda of carbon trading under the REDD+ mechanism.

Here, the exploitation of the ecosystem people occurs fundamentally at two concurrent levels. Primarily, there is an exploitation of the indigenous knowledge, skills and local capacities in regeneration of forests to extract market values from nature while serving the ruling interest. The involvement of forest dwellers in plantation activities through participatory mechanisms would naturally contribute to the associated processes of weeding, cleaning and burning and protection from wildlife in exchange for certain nominal financial incentives to the communities. This community incentive does nothing more than ensure the flow of uninterrupted and cheap labour while bypassing the cost of individual wages for plantation, helping free foresters from the burden of management. Further, the experience from JFM shows that there is every possibility of irregularities in realising those incentives by the communities, where the department is allegedly involved in destroying community organisations by a divide and rule strategy across class, caste and political affiliation. Most importantly, the incentives are primarily linked with benefits to the forest crop enhancing carbon sink rather than with the welfare of the communities. Hence, forest dwellers would be encouraged to plant trees even in their agricultural lands instead of growing seasonal crops, potentially affecting their food production.

The market based incentive culture of neo-liberalism through raising carbon stock under GIM is likely to distort communities’ normal interaction with nature, as it would alter fundamentally their communal orientation towards subsistence in favour of an individualistic utility maximising exercise to earn more money from forests. This could not only affect their community bond but hamper their interactions with nature for livelihood. Their role in the maintenance, protection and regeneration of forests seems to be jeopardised by making them an integral part of the neoliberal web of commodifying nature. This change, though it need not mean the complete loss of harmony with nature, certainly implies a negative transformation in the attitude and orientation of forest dependent people towards natural resources.

Besides, this inclusive exploitation may lead to a complete separation of those forest dwellers from their resource base whereby they can be voluntarily displaced from their land and alienated from nature in exchange for the financial incentives provided by private companies to explore a new arena of investment under the carbon trading model of REDD+. Indeed, the Mission could facilitate the process of destroying the livelihood of millions through ongoing massive land grabs by large corporations aided and abetted by the land acquisition policies of the government. Thus, this experiment with incentivisation under a decentralised framework in the GIM is exploitative in concept and operation, cashing in on the indigenous expertise of forest people to protect and regenerate their forest resources, and ultimately facilitating the wholesale take-over of forests by multinational companies at the cost of local livelihoods. Sourish