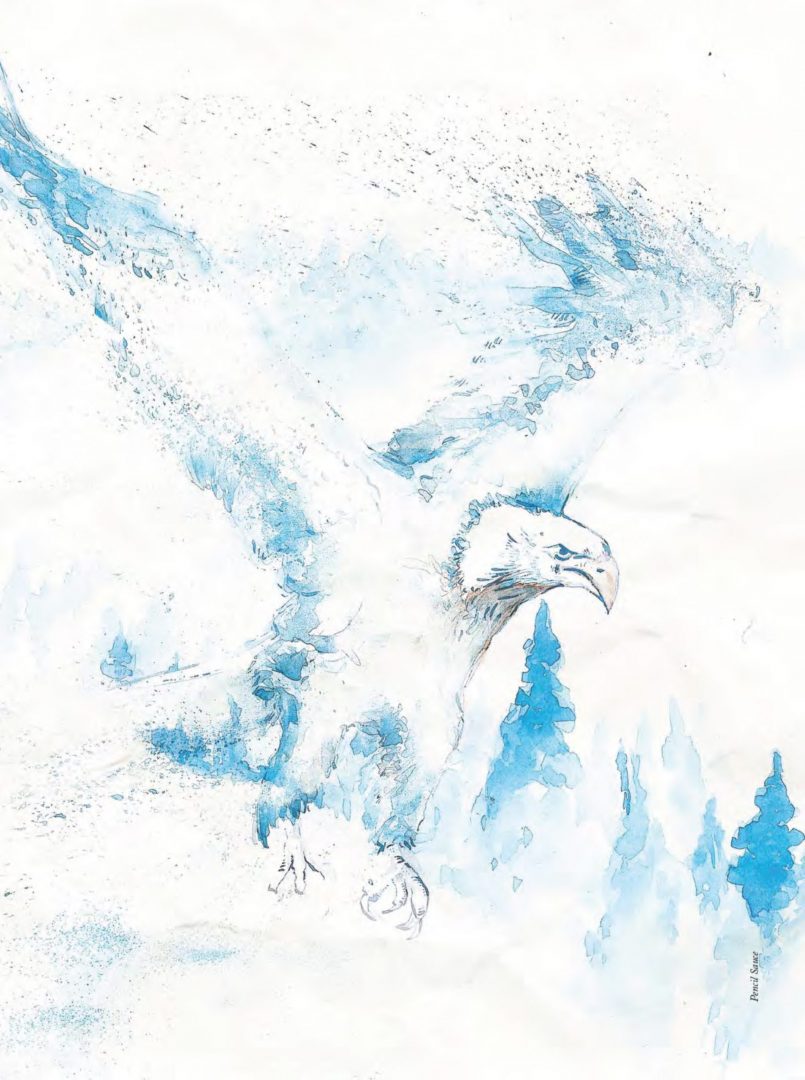 What can we learn from a controversial conservation decision? The iconic bald eagle, national symbol of the United States, was removed from the country’s protected species list in 2007. Debated surrounding this decision, as well as last year’s delisting of the gray wolf, are an indication that change may be on the horizon for American conservation policy

In the recent 25th anniversary edition of the journal Conservation Biology, environmentalist Jon Waterhouse wrote that conservation biology is “the first subject” a discipline studied, out of necessity; by our earliest forebears. These ancestors learned their land use techniques the hard way, through trial and error: those who used too many resources were forced to relocate or go extinct, while those who were cautious in their use of the environment were much more likely to survive and thrive. 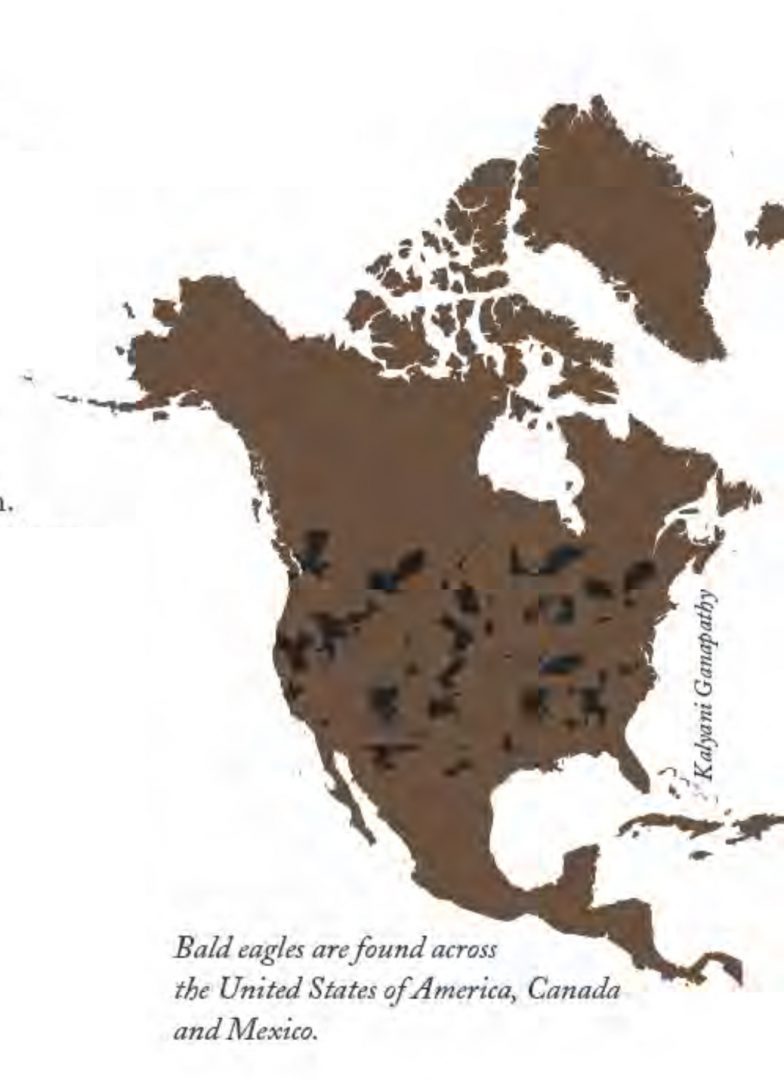 Despite the many ways in which modem humans differ from our distant ancestors, we still share something in common: A pattern of developing conservation techniques by making mistakes and then learning from them. This process is exemplified by current tensions in the United States over the best way to protect at-risk wildlife. Over the past 39 years, the rights of these species have been guaranteed by the Endangered Species Act (ESA), a ground-breaking environmental law passed in 1973 to preserve the “aesthetic, ecological, educational, recreational, and scientific value” of America’s natural resources for generations to come. Under the ESA, species in need can be listed as either endangered (facing extinction throughout most or all of their range) or threatened (likely to become endangered in the near future). Optimally, both classes of wildlife are removed from the list, or “delisted,” once they are no longer at risk; to date, 23 species have qualified for this distinction (see associated infographic).

Despite these successes, the ESA continues to receive criticism from those who feel it is flawed and either needs to be altered or replaced. One particular sticking point is the listing and delisting process, which is associated with a discussion period when researchers, conservationists, and interested citizens can argue for and against particular amendments to the list, People on both sides of the debates often use the outcomes of previous conservation attempts to support their arguments. This suggests that Americans are trying to learn from the successes and failures of the past in order to improve the future. However, many find the lack of consensus among interested parties not only frustrating, but also counterproductive. Does this mean it is time for Americans to develop a new conservation framework?

An analysis of the events surrounding two recent delistings can begin to answer this question. The first delisting is that of the bald eagle (Haliaetus leucocephalus), a species legally recognized as threatened before the ESA was even established. These animals suffered severe population declines caused predominantly by the negative effects of the pesticide dichlorodiphenyltricholoethane (DDT). An estimated 300,000-500,000 eagles lived in the US in the 18th century, but by the peak of the eagle population crisis, the number of breeding pairs in the lower 48 states had dropped to just over 400. Within the Chesapeake Bay Watershed region alone, an area that was thought to once provide habitat for nearly 3,000 pairs of bald eagles, exposure to DDT reduced numbers to 80-90 pairs, or about 3% of the population. The United States Fish and Wildlife Service (USFWS), which spearheads conservation efforts for terrestrial species like the eagle, first proposed delisting these birds in 1999, to the extreme displeasure of many environmentalists. While this first bid was unsuccessful, a second attempt in 2006 was not. The Service pursued the delisting for several reasons, not least of which was the significant improvement in eagle abundance: By the time of the second delisting proposal, there were at least 50,000 birds in Alaska and approximately 20,000 more in the lower 48 states. Additionally, there were nationwide reports that mating pairs were returning to reclaim breeding territories that had remained unoccupied since the DDT days. On top of this, the birds were (and still are) also protected by other measures that, in some ways, make the ESA listing redundant. Financial concerns may also have been an issue: the federal government had recently cut funding to the USFWS, making it difficult for the organization to continue funding expensive and widespread bald eagles monitoring efforts – especially when there were many other at-risk species also requiring assistance. 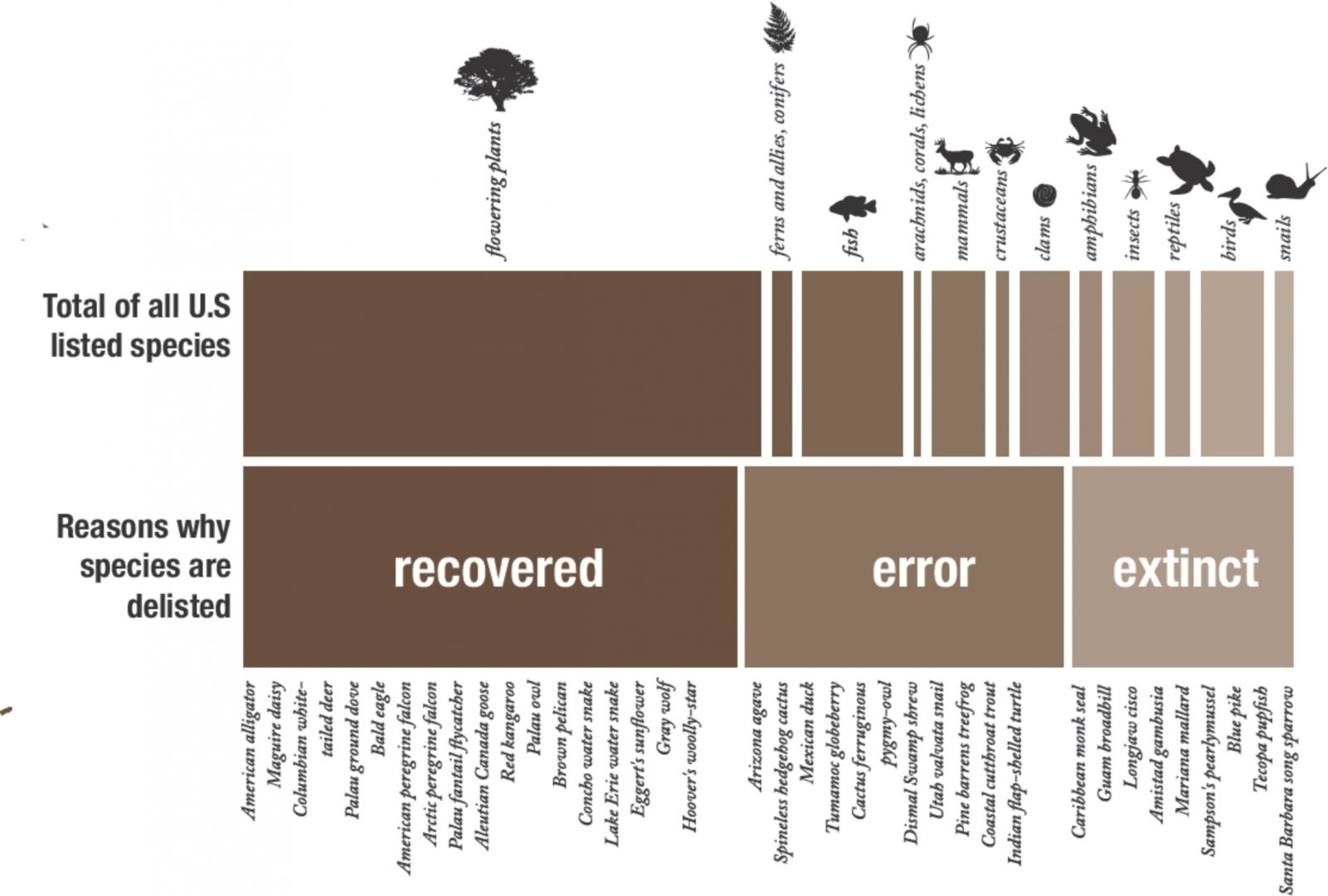 Opponents of the move to delist eagles include birders, academics, managers, and consultants. They worried about two major issues, the first of which was inequality among different regional populations of eagles. Specifically, while the Florid, Pacific Northwest and Chesapeake Bay populations could be considered “booming”, numbers were more stagnant in areas like California and the Southwest. As a result, anti-delisters feared that some local populations would begin to shrink again once the eagle no longer received federal protection. This possibility seemed particularly likely as a result of the second issue: potential future threats to eagle habitat. The ESA pledges not only to protect organisms, but also the ecosystems in which they live. Thus, species should only be delisted if their numbers are healthy and are likely to be sustained across their current range. Detractors argued that this would be impossible for eagles, particularly in the Chesapeake Bay Watershed area – one of the fastest-growing regions in the U.S. There, landowners are often under extreme pressure to sell now and worry about biology later. Further, as long as the eagle remained on the endangered species list, the safety of its habitat was guaranteed – allowing the bird to act as an ambassador, providing umbrella-like protection for the host of other local species as well. Future habitat modification and destruction might harm both those species and the eagles themselves, potentially requiring a second round of conservation intervention.

Despite these concerns – which have also arisen during previous debates over the delisting of other species – bald eagles were officially removed from the list on 8 August 2007. Local wildlife agencies are responsible for all conservation efforts associated with this species, and are currently enjoying their last of 5 years of post-delisting support from the USFWS. In 2009, the agency felt secure enough in the birds’ numbers to approve the (smalI-scale) distribution of permits authorizing managers to interact with eagles in instances where human safety is in question (for instance, at airports, where all avifauna are dangerous); additionally, priority will be given to Native Americans who request permission to collect eagles for use in traditional ceremonies. Although this may seem like a risky decision so dose to the species’ delisting, data from the Cornell Lab of Ornithology’s eBird website indicate that bald eagle abundance has increased annually since delisting. Should these trends ever reverse, the species can always be returned to the list.

One of the issues that emerged during the bald eagle delisting debate was the importance of biologically hard-to-define words and numbers. At what level do you measure populations – Locally? Regionally?  Nationally? What makes a particular group of individuals significant? How discrete is discrete enough when it comes to identifying a distinct subspecies that merits protection? Is there truly a difference between endangered and threatened, or are all listed species simply in trouble? What sort of population improvement do we wish to see – as many individuals as there were before the introduction of anthropogenic disturbance (assuming that is even known), or simply … more? 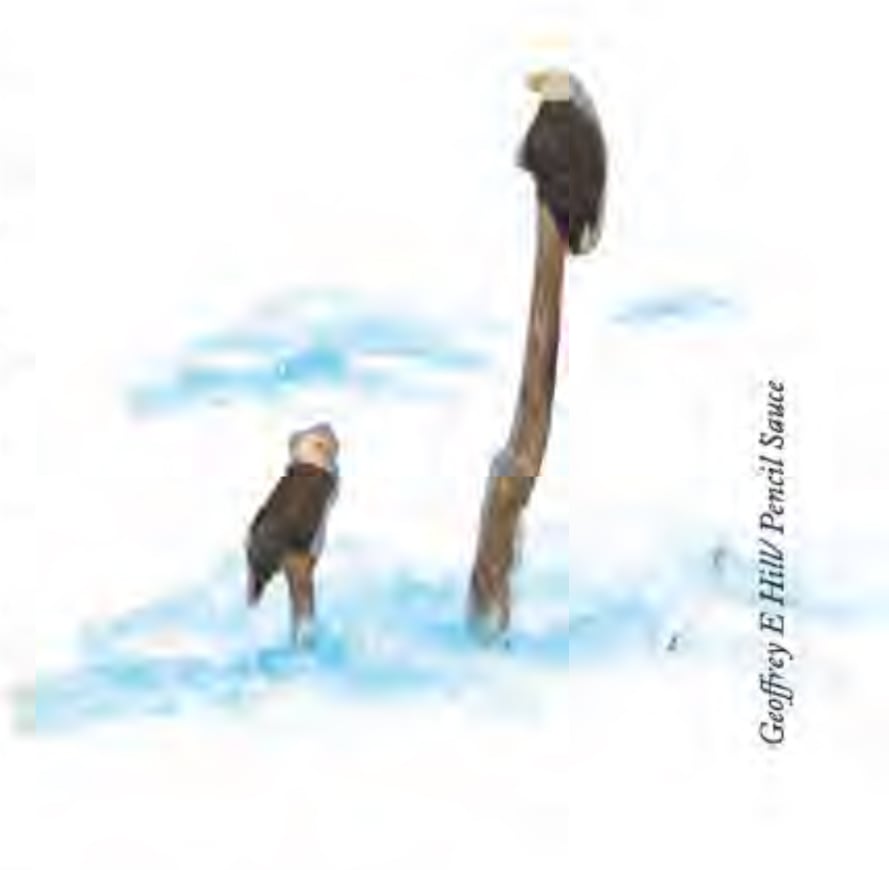 During the four-plus years since the eagle was delisted, researchers and managers have still not reached a consensus about how to answer these questions – because they are not easy issues to address. This was recently highlighted by the case of a second ESA-protected species, the gray wolf (Cannis lupus). The “Northern Rocky Mountain Gray Wolf Distinct Population Segment”(distributed throughout part or all of Montano, Wyoming, Idaho, Washington, Oregon, and Utah) of this species was delisted in 2009; in October 2011 the USFWS also proposed delisting gray wolves throughout the remainder of Wyoming. Because wolves are carnivores that occasionally prey on livestock and are perceived as a threat to humans, residents across the species’ range have long argued that it was inappropriate to include these animals on the endangered species list to begin with. Delisting has also been advocated by hunters interested in purchasing permits to take wolves for trophies. Ultimately, these groups were successful in appealing to their local governments, which objected to federal intervention in what they felt should be a regional issue.

State officials used the genetic differences between this and other populations of gray wolf to justify delisting the animals in the northern Rockies while leaving wolves in other areas under federal protection, The fact that affected states managed to achieve this delisting using on unprecedented legislative maneuver has left many biologists with a bad taste in their mouths.

Thus, delisting efforts for both the bald eagle and the gray wolf were marked by suspicion, acrimony, and contentiousness. For some environmentalists, however, the struggles proved to be a learning experience. Inspired particularly by the gray wolf controversy, a trio of environmentalists recently wrote an essay in Science proposing that conservation efforts in the US should place less of an emphasis on the ESA, and more on the “wildlife trust doctrine” a judicial philosophy that can be traced back to the ancient Romans and is remarkably similar to the values advocated in Jon Waterhouse’s discussion of the “first subject”. The doctrine stems from the idea that wildlife have no owners at all, and therefore belong to all citizens equally. Under this ideology, local, regional, and stale governments would have the duty of ensuring that wildlife resources are protected and managed responsibly. If conservation measures are enacted at each of these three levels, then the help from the federal government should not be needed. That is the theory, anyway; detractors worry that only the federal government has the requisite amounts of information and resources needed for successful conservation efforts across the whole of species’ ranges.

As these legitimate arguments highlight, it is not easy to develop or implement useful environmental policy. Certainly, in the US at least, plenty of mistakes have been made along the way- just ask the Mariana mallard (Anas oustaleti) and the Caribbean monk seal (Monachus tropicalus), two species that went extinct despite being included on the endangered species list. Hopefully, those who choose to dwell on these missteps, and on the strife associated with the recent eagle and wolf delistings, will only do so for the sake of determining what went ‘wrong so that it can be avoided in the future. After all, as the educator Anthony D’Angelo once said, “In order to succeed you must fail, so that you know what not to do the next time”, All we can do is hope that, like our ancestors, we can learn from our mistakes and ultimately craft an effective conservation framework – whether it looks like the ESA, the wildlife trust doctrine, or something entirely new.