Research from Germany shows a shocking drop in flying insect numbers in protected areas. Flying insects are a huge group of animals that play many vital roles in natural ecosystems including pollination, nutrient cycling, and as prey for larger animals. Whilst the status of a few high-profile
species has been studied in detail, often showing serious declines, there has been very little research on the group as a whole. Now data collected in Germany by the Entomological Society of Krefeld between 1989 and 2016 have revealed a startling reduction of over 75% in the total biomass
(weight) of flying insects. 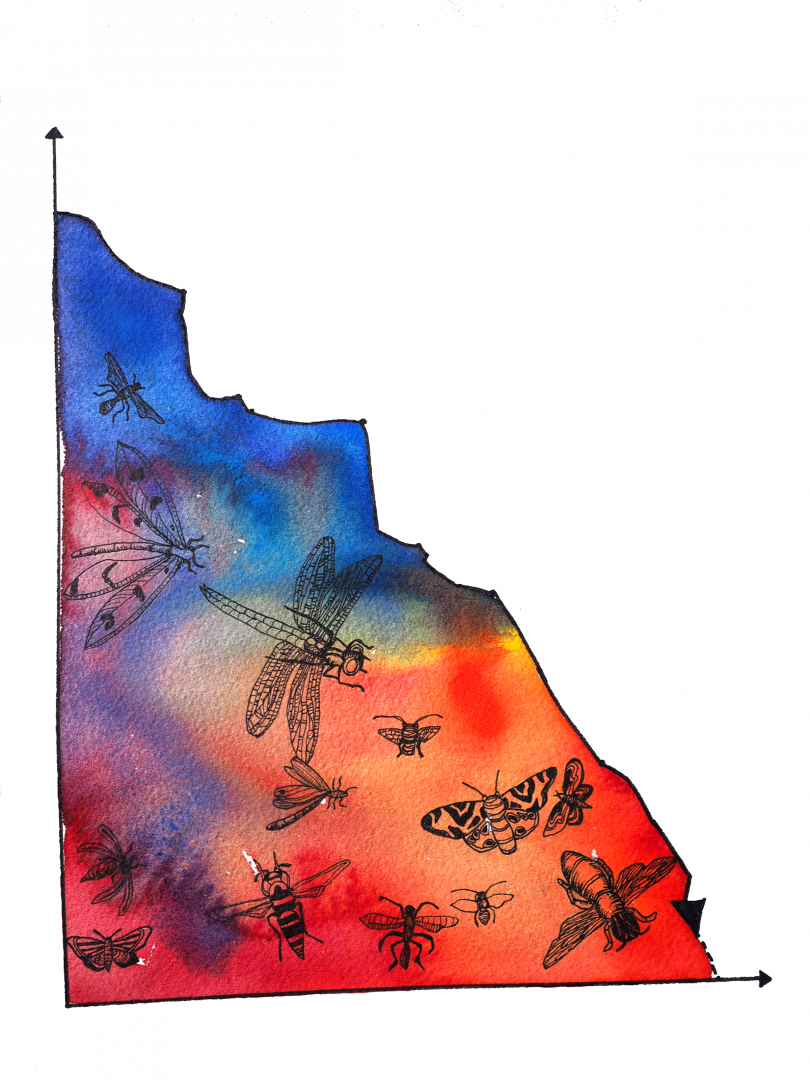 The research used a device called a ‘malaise trap’ – a tent with a funnelled top ending in a collection jar – to gather flying insects from April through to November. Traps were put in different types of protected area and were moved each year (placed at 63 different sites in total). This avoided the risk
of depleting local insect populations, and also enabled the collection of data from a range of locations. Environmental factors were also recorded including wind speed, temperature, habitat type, and nearby land use.

The results were dramatic, with a decline in biomass of 76% over the whole year, and the highest levels, around midsummer, falling by 81%. An analysis of all the other variables showed that they were not responsible for this sharp drop – some should even have caused a small increase. Although habitats like nutrient-rich grassland had substantially more insects than heathland or sandy grassland, the decline within each habitat type was very similar.

Such a massive change in the abundance of a critical group of animals is likely to have wide-ranging ecological effects over time. Unfortunately at the moment the cause remains unknown, although the intensification of agricultural practices seems a likely culprit. What has been shown, however, is that insect declines in the complex landscapes of Western Europe are not restricted to individual species or locations but are extensive and potentially devastating.

David Jay is a freelance writer on wildlife and environment topics, with an MSc in Conservation
Biology and twenty years’ experience working in the wildlife conservation sector. http://www.david-
jay.net/