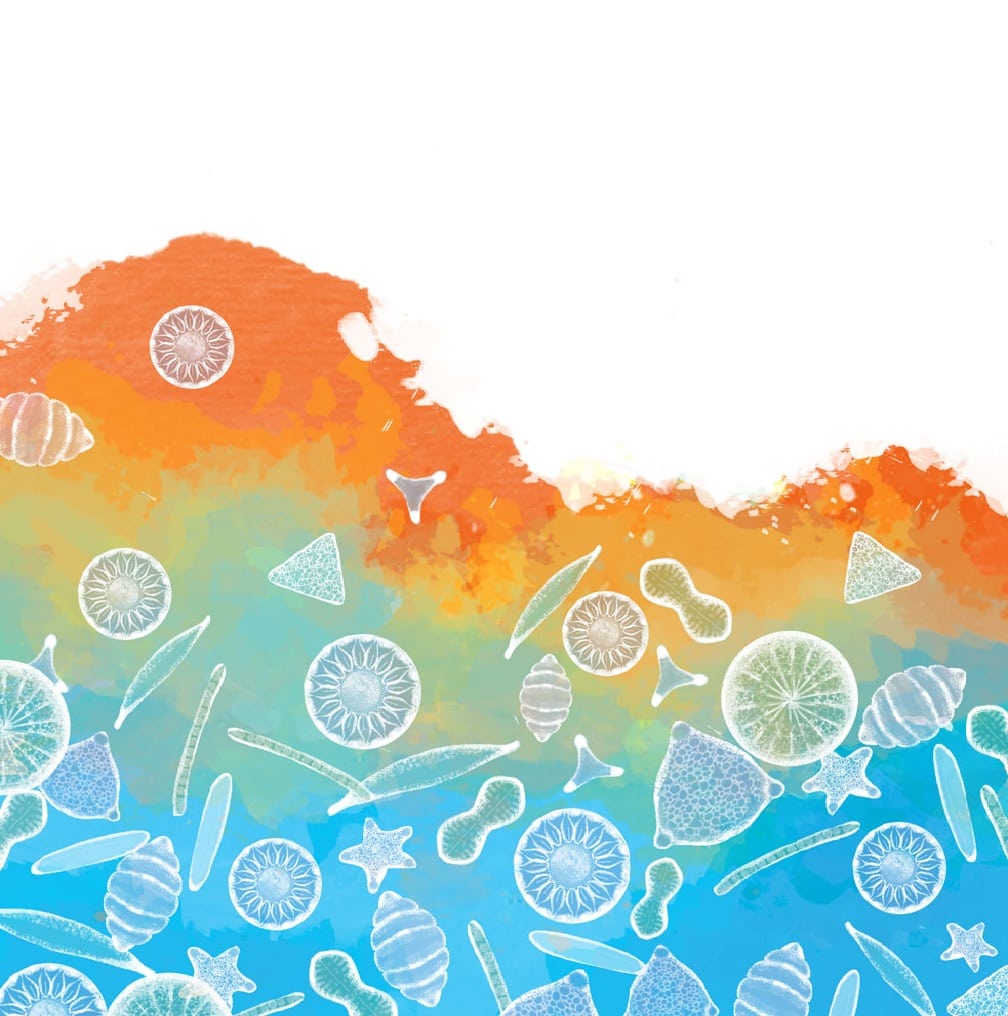 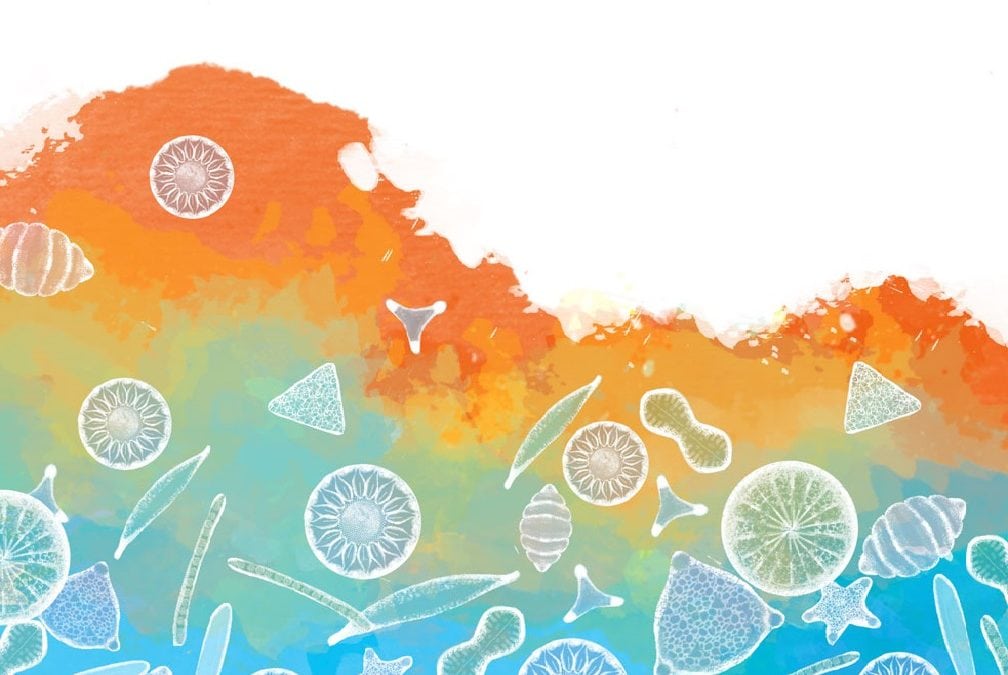 Forecasting the future with a miniature marine marvel – the implications of climate change for the 99%. 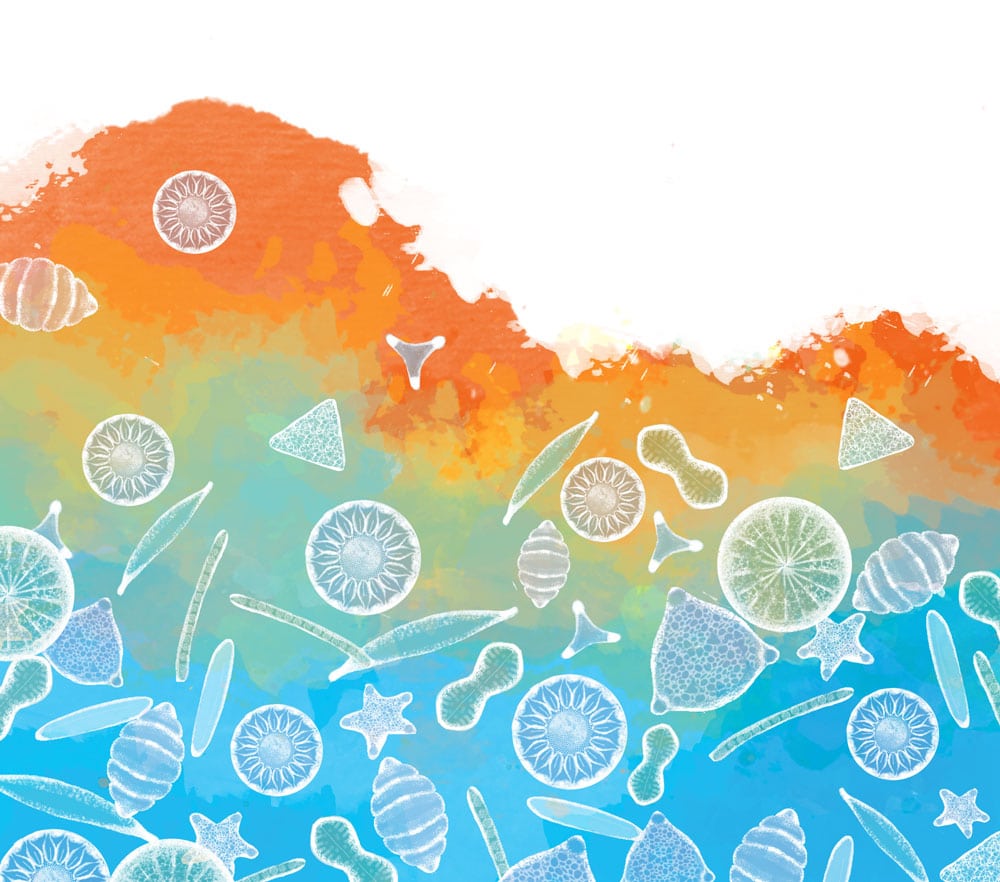 The Earth’s oceans are getting warmer. For example, over the past century, the sea surface temperature (SST) of the Western Indian Ocean has increased by 1.2° C. This is the fastest rate of any region in the tropical oceans. Warming in this region also has implications more broadly. Due to its influence on the circulation of the Asian monsoon and the occurrence of El Niño events, this area has the largest impact of any single region on global mean SST. This link with El Niño is a subject to which we will return later.

The warming of the Earth’s seas is causing many to question what the effects are likely to be for biodiversity in our oceans. However, this is something which is very difficult to measure. The marine ecosystem is enormously complex. Oceans cover 71% of the Earth’s surface, represent 99% of our planet’s living space and contain literally billions of species. Trying to gauge the impacts of increasing temperature on this myriad of diverse life-forms and species communities is a huge challenge.

However, recent research suggests that, as is so often the case, looking to some of our planet’s tiniest species may provide answers to some of our biggest challenges. Marine phytoplankton are measured in micrometres (μm, one micrometre = 1 millionth of a meter). However, these minute life-forms are the foundation of the marine foodweb and are responsible for 50% of global primary productivity, of which diatoms (photosynthesizing algae) are responsible for about two thirds. The energy they produce is a fundamental building block on which much of our marine (and terrestrial) biodiversity depends. Therefore, establishing the ability of diatoms to respond to increasing temperatures will provide valuable information, which in turn will enable us to predict how marine biodiversity is likely to fair if the ocean’s temperatures continue to rise.

The problem is that we currently know almost nothing about the capacity of diatoms for evolutionary adaption in general, let alone in response to changes in temperature. To observe evolutionary adaptation as the water gets warmer, those diatoms that can cope with higher temperatures must be given time to pass those enabling genes on to subsequent generations, while those that cannot are filtered out of the population. This means a (theoretically) temporary dip in the number of circulating diatoms, followed by a resurgence as the temperature resilient genes become widespread and the reproductive success of diatoms generally increases. Finding how many generations it takes diatoms to complete this process under different levels of warming is a critical first step in establishing how quickly diatoms may be adapting to temperature changes in our oceans. Scientists from the Ecological Responses to Climate Change research group at the University of Exeter are investigating this question. Preliminary results from experiments in the lab suggest that diatoms are capable of adapting relatively quickly (within 100 generations, which takes 6 weeks to 2 months) to a relatively moderate 4° C increase in temperature. However, when temperatures rise by ° C, adaptation is much slower, taking 1 ½ years, which is too long in the real world as they would be out competed by other more adaptable organisms, which do not fulfil the same producer role within the marine food web.

The next question is what are the implications of these results for the future abundance of phytoplankton under the various projections for further temperature increases we could see in the years, decades and centuries to come? As we said earlier, the SST of the western tropical Indian Ocean has increased by 1.2° C over the past century. Based on projections by the Intergovernmental Panel on Climate Change (IPCC), if emissions continue at their current level, global temperatures could rise by 3.7° C to 4.8° C  by the end of the current century. However, this is a global average, and as we have seen, the Western Indian Ocean is (a) warming particularly quickly, (b) has a particularly large impact on global mean SST and (c) is of particular importance to marine food webs due to its high biological productivity. So, given the rates at which we now know diatoms can adapt to temperature increases of a magnitude towards the upper end of the IPCC’s projections, this suggests there may be cause for concern.

Researchers from various research groups have been exploring the substance of these concerns in the wild and over longer time-frames by combining two strands of data. The first looks at phytoplankton abundance over the relatively recent past. When there is a high concentration of these tiny algae, they form such dense aggregations that they actually colour the water green. Comparing satellite images of the sea surface taken over the past 16 years, scientists found a 30% decrease in phytoplankton abundance in the Indian Ocean over this period. The second data strand uses computer modelling techniques to explore phytoplankton abundance over the longer term. Their models suggest that the recent decline revealed by the satellite images is part of a longer trend, and phytoplankton have declined by 20% over the past 60 years. This is dramatic, and we are already observing effects further up the food chain. In the last 5 decades, tuna catch rates have declined 50–90% in the Indian Ocean, in part due to over-fishing, but also likely confounded by lower levels of primary productivity in the seas in which they live. This is just one example, but it is hardly a good sign.

What is more, the patterns of warming are not just bad news for life in our planet’s oceans. Firstly, the productivity of the world’s oceans spills out onto land. We need only think of the bounties we and other species harvest from the seas. Secondly, there are also significant implications for global weather patterns. Here we return to El Niño.

These events occur when temperatures in the central and eastern tropical Pacific Ocean increase above a particular threshold, and this heat radiates out into the atmosphere. The Indian Ocean is particularly important in this process, as circular currents cause heat to accumulate, and this region is therefore believed to be playing a major role in the increasing global mean SST, and in the occurrence of extreme weather events such as El Niño. Over recent decades, El Niño events have become more frequent. Meanwhile, 2016 saw the highest temperature ever recorded in India, 51° C in Phalodi, Rajasthan. The India Meteorological Department has cited the current El Niño as the major factor behind India’s record-breaking hot summer, so increasing regularity of El Niño events suggests that such temperature peaks may also become more common. This story really is hotting up.

The 3.7° C to 4.8° C temperature rise projected by the IPCC is based on a scenario where emissions continue at their current level. So there is hope. Governments around the world are beginning to take steps to limit future emissions, and the climate talks in Paris at the end of 2015 resulted in the first truly global agreement on targets, with this target in mind. One hundred ninety five countries signed a legally binding commitment to “(hold) the increase in the global average temperature to well below 2° C above pre-industrial levels and pursuing efforts to limit the temperature increase to 1.5° C”. So now, in theory, ‘all’ that is required is for the governments of those 195 countries to take the steps they have agreed (and in many cases going beyond them) to achieve those ambitious targets. Yes, we know, we can hear your laughter from here. But hold on a second. We would suggest that it is down to every one of us to hold our governments to account. Through campaigning, exercising our democratic rights and making our voices heard in any way we can, to make sure that their promises aren’t broken. A combination of realistic targets, carrots for those who achieve the goals and sticks for those who do not. The diatoms are doing their part. It’s time for us to do ours.

Tuna longline catch rates in the Indian Ocean: Did industrial fishing result in a 90% rapid decline in the abundance of large predatory species? Mar. Policy, 30(5), 470–482.

Gabriel Yvon-Durocher is a Professor of Ecology at University of Exeter, UK.