The first pictorial guide to the butterflies of the Garo Hills, Meghalaya 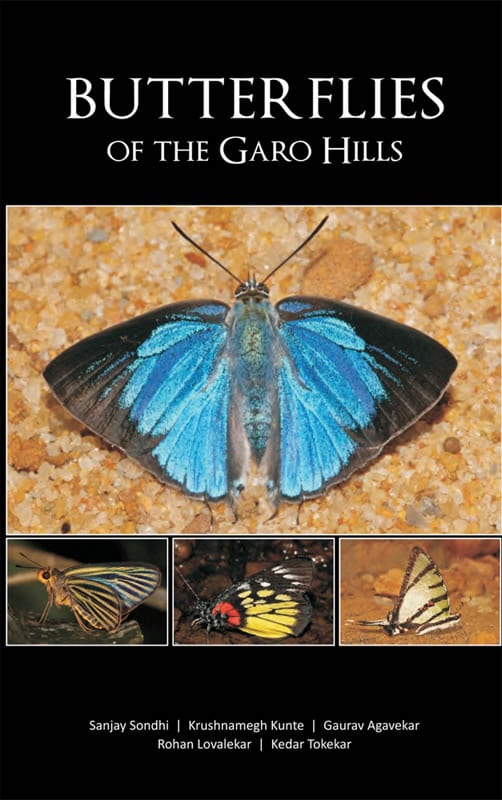 ‘Butterflies of the Garo Hills’ is a refreshingly beautiful piece of work that will prove to be an important publication. It covers butterflies from the Garo Hills in Meghalaya, which is part of the Indo-Burma biodiversity hotspot. It will provide a vital boost to the eco-tourism activities in the area and help conservation efforts in this critical habitat. Butterfly-watching has immense untapped potential and can become just as popular as birdwatching. This book will certainly help to popularise butterfly-watching among visitors to the area and locals alike. This will likely also have a spillover effect by attracting more butterfly watchers to other parts of Northeastern India. The success of the book will also surely encourage similar ventures in other parts of India.

All species are illustrated with at least one crisp photograph. A large number have both the upper and under sides illustrated, and many species where the sexes differ markedly also have photographs of both sexes. I was especially happy to see photographs of museum samples for some Mycalesis (bushbrowns) along with the field photographs. More museum photographs would have helped the book appreciably. As it is, the authors have made a good effort to include photographs for each species to represent the most common within-species variations, including that of seasonal morphs.

In addition to english names, all species have their scientific names including the subspecies wherever applicable. Each species has a brief description that includes characters that can be used to identify it. This is followed by a list of similar looking species, habits and habitats. The distribution of each species within India is also mentioned along with the most likely months and localities where the species might be spotted in the Garo Hills. The book also includes maps and other information of the area that should prove very useful to a visitor. The layout of the text and photographs is elegant, and I found the book a pleasure to go through.

My main criticism is that the authors could have continued surveying the area for a longer period after the Kunte et al (2012) paper was published before attempting to put together this book. With more survey data, the authors could have covered many more species. Moreover, butterfly diversity and abundances in the same locality can fluctuate greatly over years. The abundance data collected in sporadic surveys during the course of less than 4 years may not necessarily predict what a visitor will spot. Nevertheless, this is an excellent effort for the first version of the book and I look forward to seeing updated versions in future.

Ullasa Kodandaramaiah is Assistant professor at the School of Biology, Indian Institute of Science Education and Research Thiruvananthapuram, ullasa@iisertvm.ac.in.