Happenstance and the accidental resilience of the Lakshadweep reefs 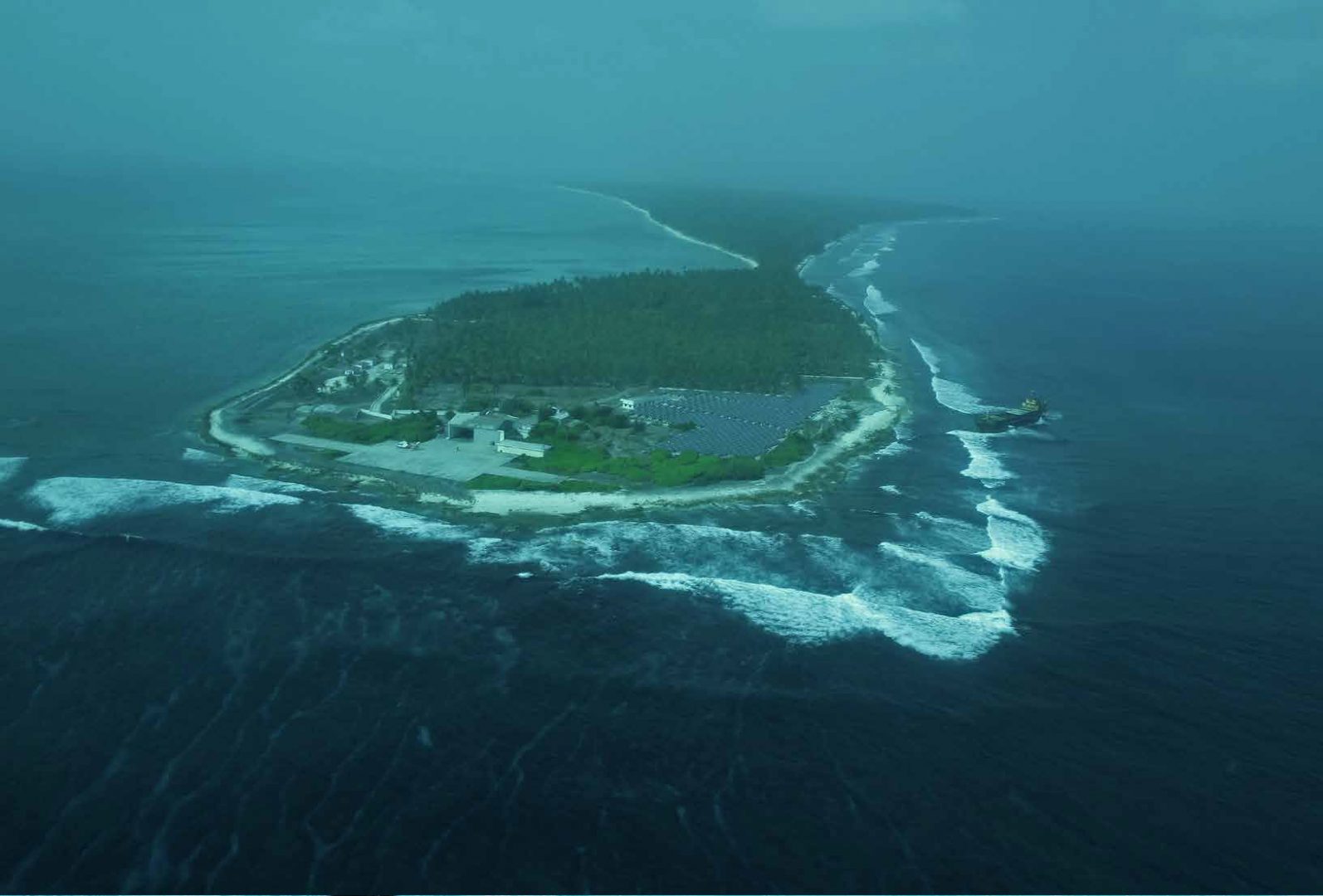 Diving for the first time in the Lakshadweep reefs, there was no way I could know that I would never again see them as I did then. When I returned to these waters in the summer of 1998, the reefs were already bleaching and I struggled to document the extent of the loss before the rising monsoon waves made it impossible to work. By December, many reefs were reduced to broken rubble piles, which the next few monsoons washed away. And I was certain, from case studies beginning to emerge from other parts of the tropics, that a depressingly familiar story of decline without recovery was playing itself out across the archipelago. 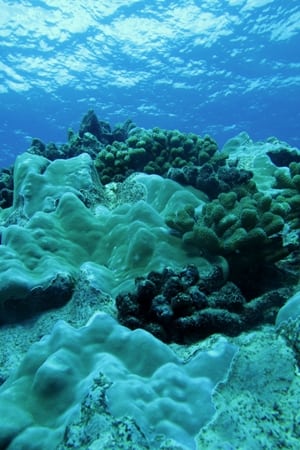 Some coral species are better able to resist bleaching

It came late to me, but the Lakshadweep is a system like few others in the tropics. The atoll islands are densely populated; more than 70,000 people crowded on 10 islands, a little over 30 square kilometres, making it among the densest non-urban areas in the subcontinent. Coconuts and fishing have dominated the economy here for the last few centuries. And while none of this is particularly unique, what makes the Lakshadweep different is that despite its high fishing-dependent populations, its reefs have been relatively unfished in the last three to four decades. In the mid-1970s, the local department of fisheries began dedicated efforts to promote a pole-and-line fishery for skipjack tuna, supported with training, fuel and boat-building subsidies, as well as production and marketing schemes. This programme grew in popularity and transformed what was an artisanal reef fishery to a flourishing pelagic cottage industry that involves a large proportion of the population today. This little accident of developmental history was happy happenstance for the reefs of the Lakshadweep. Without intention or effort, the pelagic fishery serves now as an effective subsidy on reef fishing, which is no longer the main source of fish for the population. This human-dominated ‘pristineness’ is rare in the crowded, overfished reefs of the developing tropics. The familiar unfolding I expected in the wake of the 1998 El Niño—trophic downgrading, coral mass mortality, overgrowth of algae and reef decline—did not occur. What is emerging instead is a far more nuanced picture that shows how reefs can inherently behave when our human footprint is light.

Reefs are biogenic systems—their dominant animal and plant forms (coral and coralline algae) contribute significantly to their physical structure. What happens to these living structural elements drives the rest of the ecosystem in profound ways. Since that initial coral bleaching event in 1998, we have been returning to the Lakshadweep reefs now for the last 16 years and what our benthic data is showing is that these reefs take surprisingly divergent paths after a major disturbance. 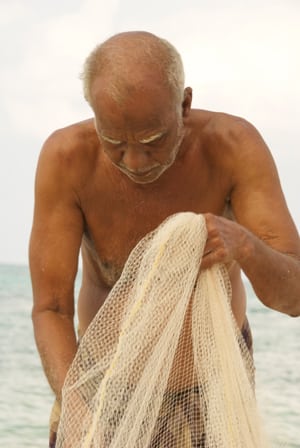 Fisherman cleaning up his net

Their capacity to resist or recover from large disturbances is critical to the buffer capacity of the Lakshadweep reefs and it creates a matrix of resilience that we are still trying to map and understand. Geography, apparently, is the key. Where the monsoon storms break heaviest on the western reefs, coral turnover is the greatest, creating environments that are wildly dynamic in the way biogenic structure changes through time. Protected from these monsoon winds, the leeward sides of reefs proceed at a much more sedate pace, more stable in their structural composition even if the coral here may have died with every successive bleaching event. These differences in benthic history ensure that the reefs of the Lakshadweep have qualitatively different behaviours, driven largely by location. Across the archipelago we are finding that the distribution of large benthic predators is influenced not so much by the complexity of the structure at a reef site, but by the history of structural change at each location. We are documenting similar trends with coral-feeding butterflyfish, and I suspect this is a pattern we will see repeated for several structure-dependent long-lived species. There are probably other critical drivers of resistance and recovery on these reefs that we do not yet know about. Getting a handle on coral recruitment rates and post-recruitment survival, as well an understanding of how higher trophic functions interact with these processes, will be essential for a more complete understanding of the mechanisms underlying this resilience matrix we are describing.

This has been our narrative of the Lakshadweep over the last decade or so, and it is one that fits neatly. A reef system conferred with considerable resilience in the wake of disaster as an accidental consequence of an unrelated fisheries development. The relative absence of fishing on these reefs allows us to explore patterns and processes of ecological resistance and recovery without having to worry about the anthropogenic stressors that normally overshadow these inherent ecosystem trends. Yet the comfort of a well-told narrative comes with all the Idols of the Mind that Bacon warned against. A small shift has begun to occur in this neat storyline of happy happenstance, and I will admit that when I first stumbled on it, I almost pretended it was not happening because it did not quite fit. To be fair, the change is apparently so small that it would be easy to miss. In the Lakshadweep capital, Kavaratti, a few, still-artisanal reef fishers have begun storing their occasional catch from the reef in iceboxes. What began as a simple convenience is now a growing practice. In the village centre every evening, a few small makeshift stalls open up with fishers selling fish by the kilo to islanders for their evening meal. It is a nascent thing, not big enough to dignify as a market, but it is signals a big change in the way the Lakshadweep relates to the reef. For the first time in the recent ecological history of the archipelago, the fish of the reef are being monetised. And while this is perhaps still a distant horizon, it is only time before international reef trade markets cotton on to the unfished spoils of the Lakshadweep reefs. From there, I am not certain how long it will be before I am narrating the same familiar tales I expected when I first saw these reefs bleach. 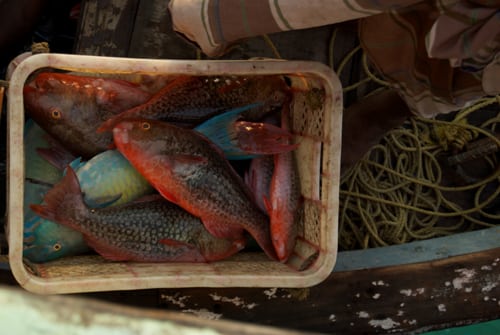 Parrotfish catch for the day

It was when we were conducting interviews with fishers to find out what they knew about the potential reef fish aggregations that it first struck me how tenuous the unfished resilience of these high-populated reefs actually is. Virtually every fisher we interviewed gave us the same response —they knew very little of the functioning of these reefs because none of their fishing experience relates to the reef. In the old days, they told us, when the reef still provided fish for the daily meal, there were fishers who knew the best times and areas to fish, which seasons they spawned in, and how these populations were influenced by current, weather, the spirits of the sea. There were also a set of customary practices that regulated fishing practices based on local almanacs, religious occasions and the condition of the sea. Three decades is enough time for this knowledge to atrophy in a population’s memory and today there are few left who remember the old ways. This is a cultural loss for the community perhaps as large as the mass bleaching of coral was an ecological setback for the reefs. The real fear is that as fishers start looking back to the reef once again to supplement their diets and their incomes, they return to it without the traditional knowledge tools they governed the reef with a generation ago. In this time, the archipelago’s population has more than doubled from the 32,000 inhabitants it had in 1971. It would be a sad irony that while happenstance led the fishers away from the reef back then, a similar happenstance could well work in the opposite direction, leading the reefs down a path of rapid overharvest without the buffer of customary laws to restrain resource extraction. 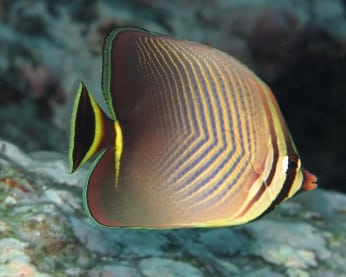 The Lakshadweep reefs are on the cusp of change. Between increasing market integration, changing aspirations and fluctuating pelagic fish stocks, it is unclear if any intervention can come soon enough to hold this back. On the other hand, the low-lying atoll reefs of the Lakshadweep are perhaps the most vulnerable to the seemingly inexorable impacts of global warming, sea level rise and ocean acidification. Ensuring the resilience of the reefs and the integrity of its atoll frameworks is not a distant altruistic imperative for the archipelago; it is linked in very palpable ways to the islands’ continued existence. Over the next few years, helped by the Pew Marine Fellowship and together with the fishing communities of the Lakshadweep, we are attempting to patch together what remains of these reef traditions by talking to the fishers and other community members who still remember them. It may well be a ragged palimpsest of rules and practices, beliefs and superstitions, but they may be a vital starting point to rebuild a once functioning institution of resource control. I have few certainties. I am frankly uncertain if we will succeed in documenting these vanishing traditions or if the fishing community will identify with them enough to want to adopt them again them as they move slowly back to using the reef. I am equally uncertain if it will be enough to ensure that the considerable resilience the archipelago currently has will remain intact. I am even less certain that the reefs of the Lakshadweep will ever resemble the reefs I first saw in 1996. The Lakshadweep has rewritten my comfortable narratives enough times for me not to trust them anymore. I suspect that is part of the reason that keeps me coming back here every year. 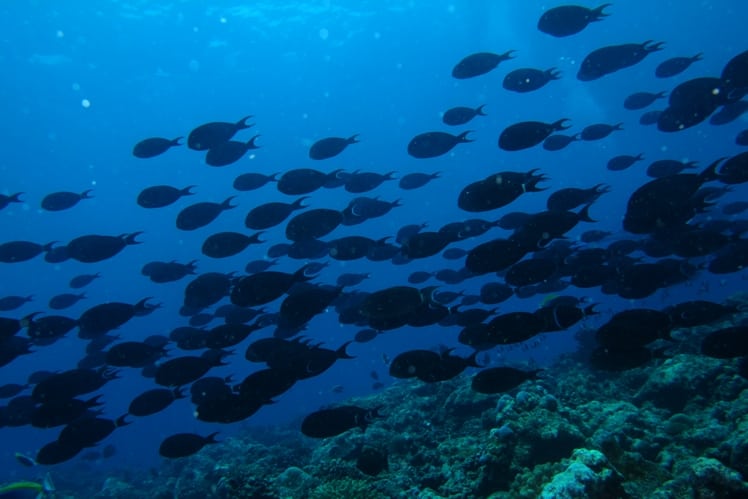