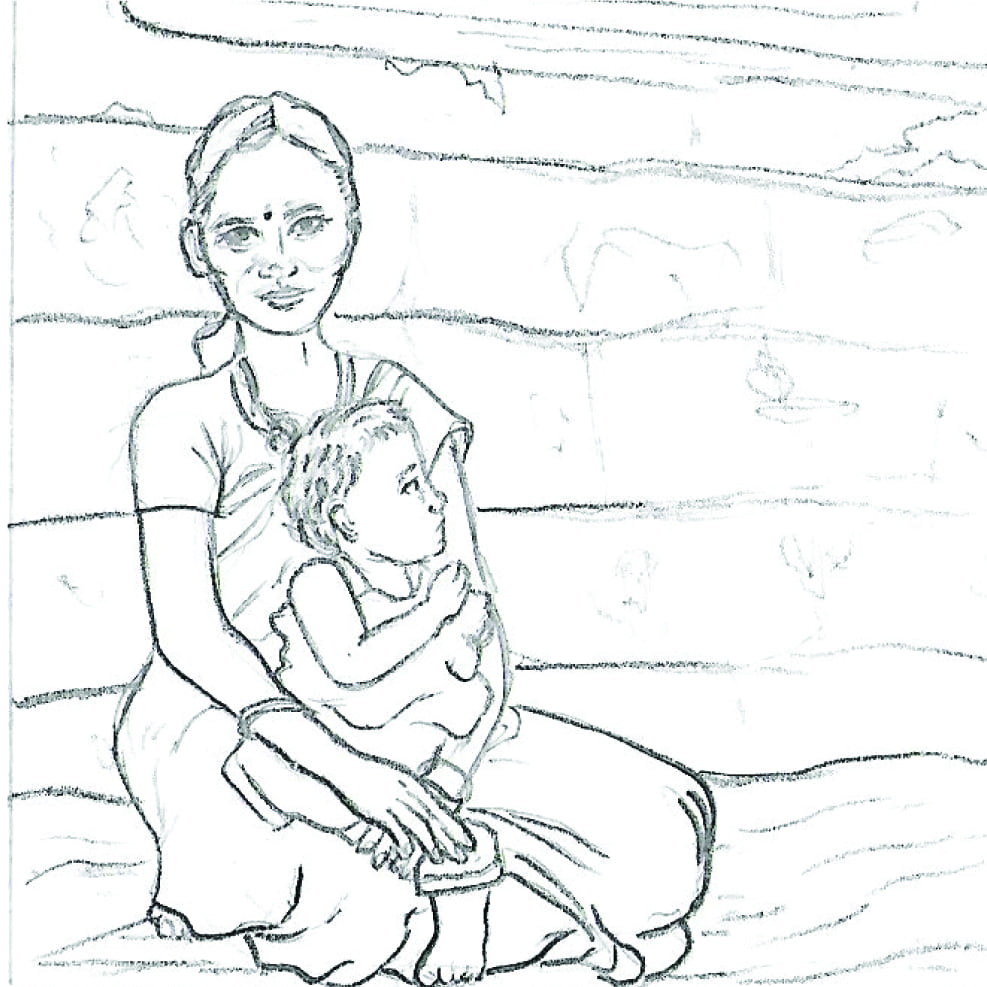 Diarrhea is a major cause of death of young children, globally and in India (UNICEF 2017). In 2015, 5.9 million children under the age of five died (WHO 2016). With every episode of diarrhea, the body loses nutrients and body fluids. Chronic episodes can lead to malnutrition and potential death. Poor hygiene and sanitation contributes to repeated episodes of diarrhea and overall, poor physical development. In unhygienic environments, young children ingest bacteria—leading to gut inflammation, diarrhea and low nutrient absorption. All of these can inhibit growth and development (Ngure et. al. 2014). According to the World Health Organization (2008), improved water, hygiene and sanitation practices could decrease the global disease burden by 9.1 percent. We view disease and health, management of water and waste, and socioeconomic development and ecological conservation as interdependent. These connections exist at the level of individuals, households, villages and landscapes. This research addresses one small piece of this complex, multi-scaled challenge.

Our project focus was mother and child health in two non-tribal villages in the Nilgiris Biosphere Reserve, with the purpose of understanding environmental hygiene at the child, household, and village level. We conducted a health survey in twenty-one randomly selected households with young children. The health survey, developed by Cornell faculty with Keystone Foundation staff, evaluated mothers’ perception of health risk factors and provided insight on mothers’ lives. The survey had been tested and implemented in tribal communities across the Nilgiris before we started our field work. In addition to conducting the health survey in our case villages, we made detailed direct observations of Water, Sanitation and Hygiene (WASH) conditions in two households with children under the age of two.  Using WASH observation methodology appropriated/gleaned/repurposed from a fecal-oral transmission study carried out in Zimbabwe (Ngure et al. 2013), we observed two mother-child-pairs in their natural home setting for six consecutive hours. We recorded interactions between the mother-child pairs and their environments and water supply, including water use, handwashing events, and objects mouthed by the child. The child in one pair was two-months and the other child was two-years old. All participants provided written consent, and study protocols were approved by the Institutional Review Board for Human Participants at Cornell University.

Hygiene and sanitation at various levels affect child health —ranging from the general surroundings in the village to the area around the house, and the intra-household micro-environment around the child. We used a socio-ecological health model, adapted from Dahlgren and Whitehead’s health determinants model (1991), at three levels to illustrate this vis-a-vis child health:

Using the socio-ecological model described, we analyzed our data to understand the risk factors associated with hygiene and sanitation practices.

At the general village level, the Government of Tamil Nadu (GoTN) built a public pit-latrine with the intention of stopping open defecation and preventing human waste from contaminating drinking water sources. However, the public toilet shut down within five years because it was not maintained. Villagers were left with the remaining options to either (1) build private toilets using GoTN-provided subsidies or (2) continue to practice open defecation. Of the mothers surveyed, 17 out of 21 reported owning and using private pit-latrines. 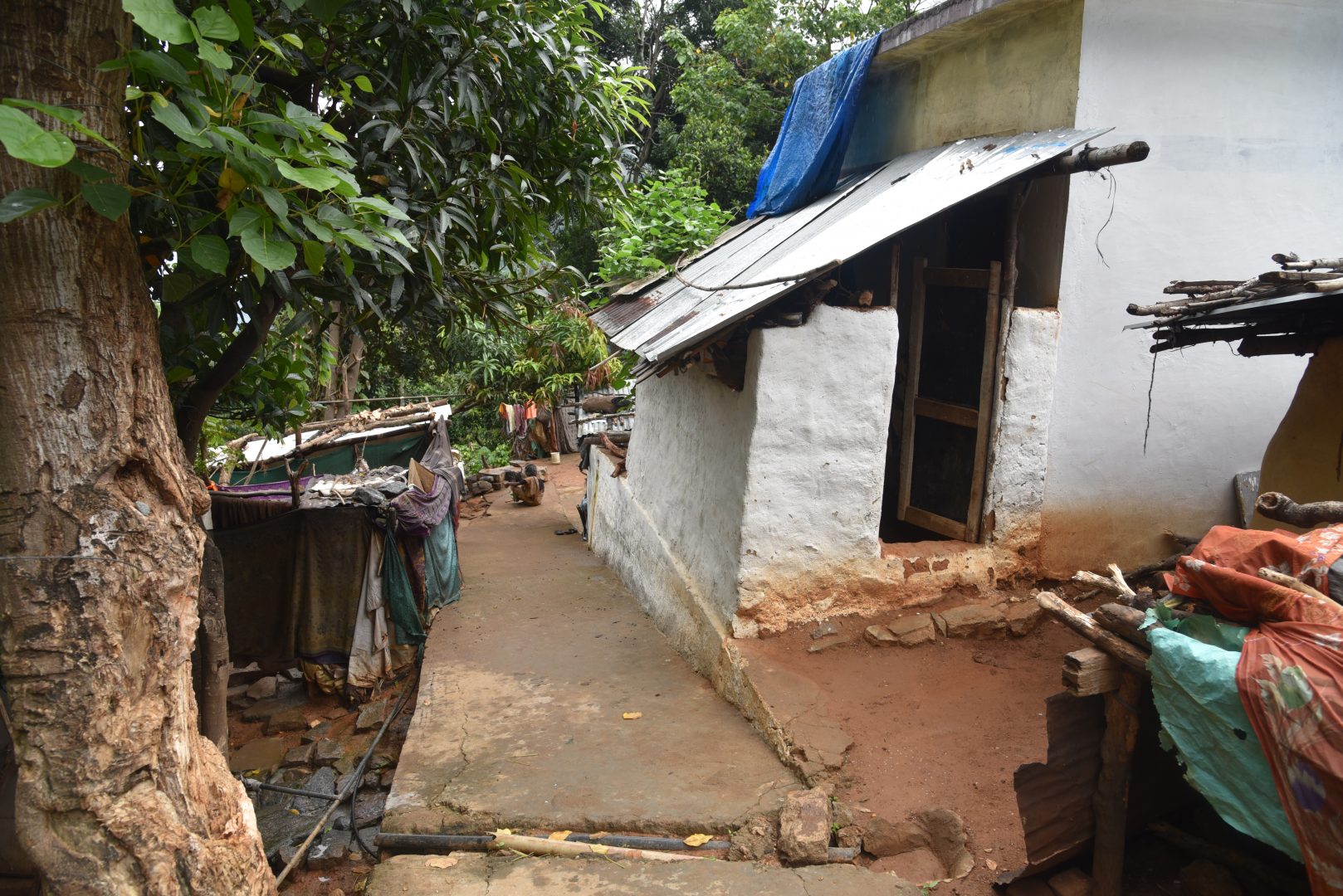 At the household level, we looked specifically at the private water storage containers. The water stored is typically used for consumption, cleaning, bathing, and/or washing. All the houses had uncovered or partially covered storage containers of water – exposing them to potential contamination. The larger concern in water contamination is how mothers take water from storage units within the home, especially in the kitchen and in the adjoining bathing areas off the yards. From what was observed, mothers used a cup or small pitcher to gather water from the containers. This cup is exposed to potential bacteria when it is placed on the ground or when picked up by an unwashed hand. If the cup is not clean prior to each water gathering session, the contamination risk of the whole water storage container increases.

At the mother-child dyad level, we noted several gaps between knowledge and practice of good hygiene.  In our surveys, the mothers all agreed that handwashing with water alone does not clean hands. Yet, during our WASH observations, the two mothers almost exclusively only washed their hands with water. The only time we observed a mother washing her hands with soap was after she had cleaned kitchen vessels. Washing with water alone is only effective in removing some bacteria from hands. Research has shown that soap is the most effective in removing bacteria.  Washing with water alone reduces the presence of bacteria to 23%, but if hands are washed with soap the presence of bacteria can be reduced to 8% (Burton et al. 2011). 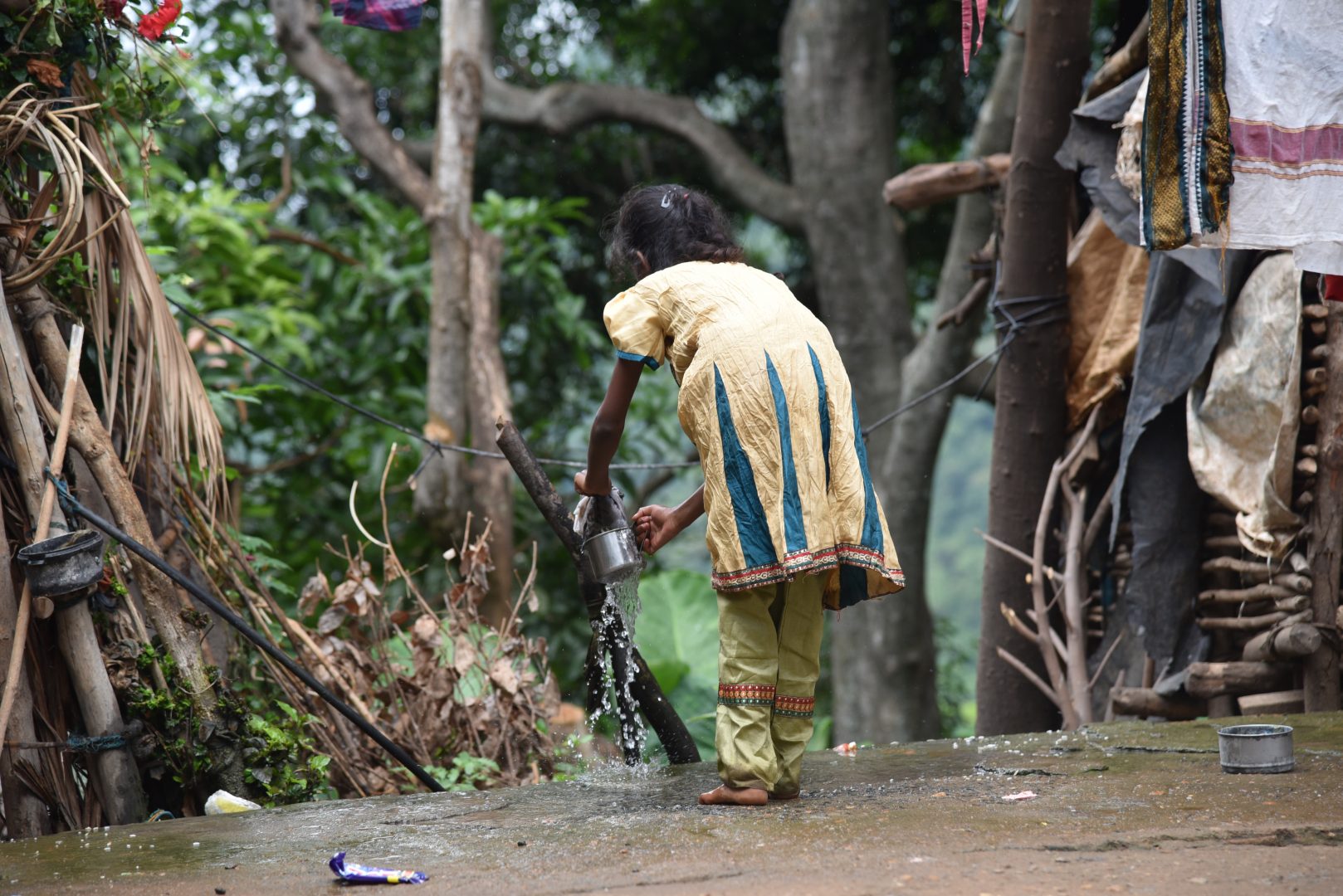 Mothers frequently washed hands that were visibly dirty. For example, they washed hands before and after food consumption, and after completing housework (Figure 1). Yet in one observation, a mother cleaned her child’s soiled bottom, did not wash her hands and then breastfed her child. This observation aligned with survey responses from mothers on washing their hands after handling children’s feces (Figure 1).

Children’s hygiene behaviors begin at an early age. We observed the 2-year old mimicking certain hygiene practices.  She washed her hands after eating without being directed. She played without apparent consideration of potential germs but swept up after playing with leaves. There were two instances in which the child’s hands were washed with help of a caretaker. A grandmother poured water over the child’s hands before she ate, and a mother washed her child’s face and hands during a daytime bath.

Young children are constantly exploring and learning about the world using their senses. Their curiosity to touch and put objects in their mouths outweighs their desire to be “clean.” During the WASH observation, the two-year-old was constantly touching different objects—from the walls to a mini wallet to a protractor. She would slam some of the objects on the floor and pick them right back up, frequently putting objects in her mouth regardless of where the object had been before. This is typical developmental behavior. But it carries the risk of contamination with it, and caregivers must be knowledgeable and vigilant to protect young children from environmental hazards.

Analysis of observations data revealed household practices that compromise hygiene and inadequate handwashing. Together these practices are not sufficient to limit the ingestion of bacteria even if households are well-maintained and water is safe. During and after heavy rains, household water sources may become contaminated. Despite knowing that soap is a crucial component in eliminating bacteria during handwashing, our study respondents did not use soap effectively. In order to reduce the spread of bacteria and improve the overall health of mothers and children, we must encourage the use of soap during handwashing and increase the frequency of handwashing in general—, particularly around potential bacteria-transmitting events, such as defecating, cleaning, handling food and eating. Our study sheds light on gaps and opportunities at multiple levels. It raises questions of how to influence mothers towards good handwashing practices, and how to improve the use of soap in hygienic protection. Focusing on these critical points can advance the interrelated goals of health, socioeconomic development, and ecological conservation.

We would like to thank our mentors Rebecca Stoltzfus, Sharanya Das, and Shubh Swain, the faculty and staff of the Nilgiris Field Learning Center, the Keystone Foundation, our translator and the women and children who shared their time with us for enriching our experiences and making our research possible.

Vanessa Rodriguez just graduated from the Biology and Society Program at the College of Agriculture and Life Sciences at Cornell University. She is available at vr252@cornell.edu.

Abhinaya lives in the Pillur Valley, Nilgiri Biosphere Reserve. She joined the NFLC after a B.Com degree. Currently she lives with her family helping with the agriculture work on their land. 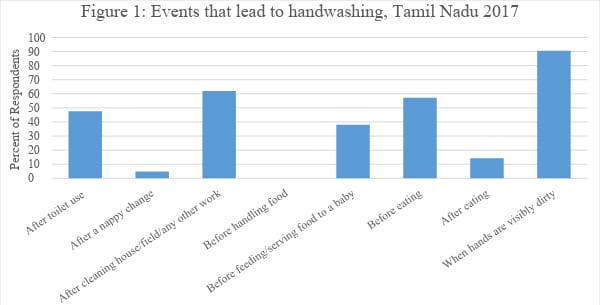