Bacteria and dead material among crucial components of ecological systems

A primary goal of understanding complex systems is to identify components critical for their functioning. In conservation science, this includes identifying species that are vital to ecosystem processes and important patches in fragmented habitats. A network approach enables us to identify such critical components. A network is a visual representation of the system, where each component (species/habitat) is portrayed as a node connected to other nodes via edges that represent interaction. 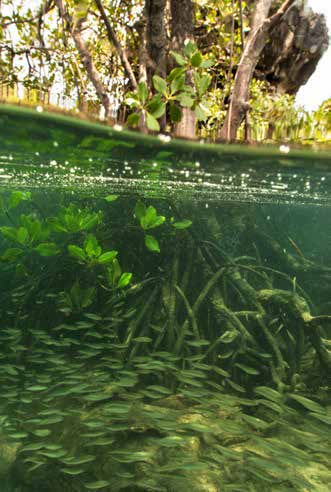 Measures of centrality allow us to identify important nodes within networks. The concept of network centrality was introduced in the social sciences in order to identify important members within human communities. Many centrality indices are available that can be applied to different systems based on need. The simplest measure (degree centrality) weighs each node based on the number of nodes it is connected to. Other more complex indices (e.g. eigenvector centrality) take into account centrality of surrounding nodes as well in their calculations.

In this paper, Borrett shows how “throughflow” can be used as a measure of centrality in ecological systems. This measure weighs each node based on the amount of biomass/energy flowing through it. This index captures the impact of a given node across the entire system and not just its immediate locality.

Borrett then applies his new measure on 45 trophic datasets to identify dominant species/groups. In most of the networks, four or fewer nodes were found to be responsible for about 50% of the flow. These “important” nodes generally corresponded to primary producers, dead organic material or bacteria. This corroborates previously established hypotheses in ecology which state that most communities contained only a few dominant species which tend to be primary producers or decomposers. The use of “throughflow” and other centrality concepts will aid in the understanding and management of complex ecosystems in the future.

Borrett SR. 2013. Throughflow centrality is a global indicator of the functional importance of species in ecosystems. Ecological Indicators 32:182-196