Climate Change and Literature : An interview with Amitav Ghosh

Amitav Ghosh is a highly acclaimed Indian writer and celebrated for his contributions to Indian writing in English. In 2007, the Government of India honoured Ghosh with a Padma Shri; in 2012, the Sahitya Akademi awarded him the Tagore Prize for his work, Sea of Poppies. Some of his notable works include The Ibis Trilogy, The Calcutta Chromosome, The Hungry Tide and The Glass Palace. In his latest endeavour, ‘The Great Derangement’ Ghosh discusses the apparent indifference to climate change in popular culture and the general public failure to recognize the gravity of the phenomenon. 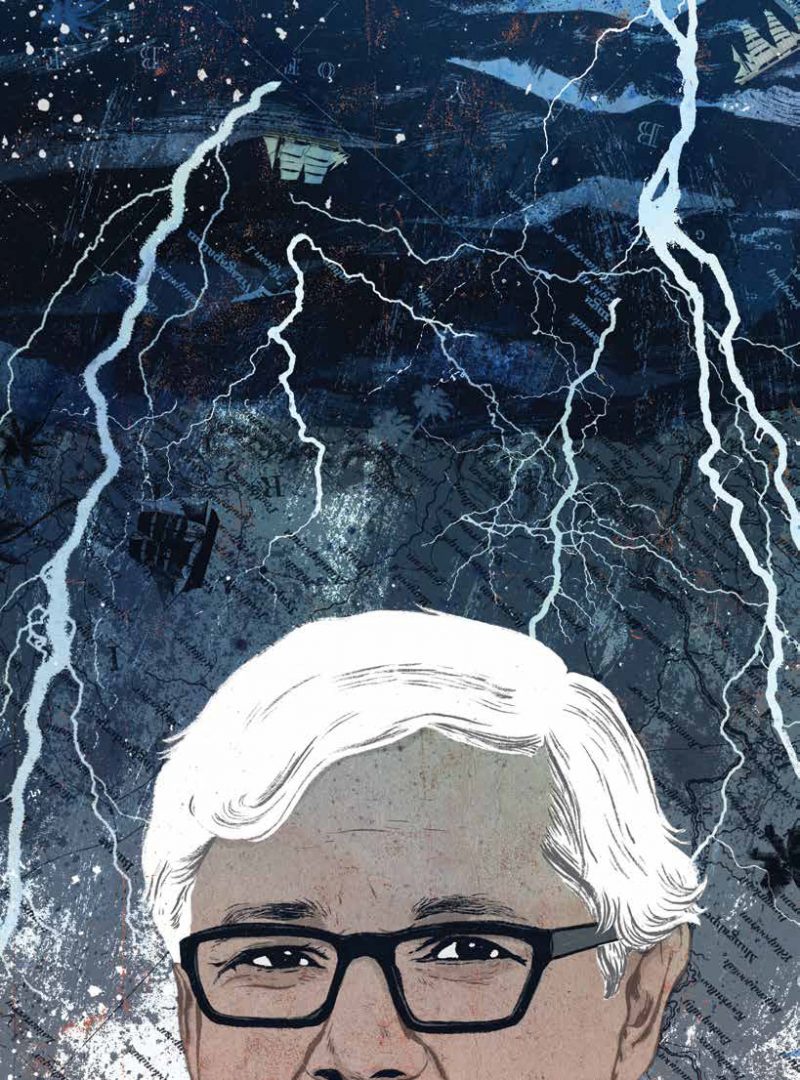 Kartik Shanker: It’s not that writers, like Melville whom you’ve mentioned, but also Hemingway and Ken Kesey in America, and Tim Winton in Australia have not written about the ‘raw and elemental power’ of nature. Nature does have agency in much of that genre. And yet, even that literature has failed to acknowledge climate change as part of the everyday. Why do you think that is?

Amitav Ghosh: I think the problem lies in part with the word ‘Nature’ itself. This is a word or concept that comes into being during the Enlightenment and all sorts of dualisms are written into it: it has come to signify the opposite of the human. But this is an absurdity of course because humans are in every sense a part of the continuum of living things. This was acknowledged by cultures the world over until the Nature/Culture dualism was invented. But now science too tells us that bacteria and other organisms constitute a large part of the human body; we know that even our mental states are related to our intestinal flora. I think we will never be able to integrate our surroundings into our everyday consciousness if we continue to use the word ‘Nature’.

KS: I was delighted that you started with a scene from ‘The Empire Strikes Back’, my first and easily the favourite of the Star Wars series. But even setting sci-fi films apart, do you think that movies are a more dynamic medium and accommodating of experiment than books? And if yes, it seems surprising that even movies deal with climate change only in the realm of improbability –like The Day After Tomorrow and 2012 for example.

AV: It cannot be denied that the visual media have been more responsive to climate change than literary fiction. And the reason for this may well be that improbable events are easier to convey in images. And the disturbing thing is that some of those events do not seem as improbable now as they once did. The thermohaline patterns in the North Atlantic are already changing in ways that may have very serious consequences for the Earth system.

KS: You are right that Hutton and Lyell’s idea of a steady state (versus directional change) in geological processes and constancy of natural laws has influenced much subsequent thought from Darwin to the present. Are you suggesting that climate change challenges the notion itself, or merely that we have been so transfixed by it that we are unable to comprehend climate change and its consequences as a new constant in our lives?

AG: I think climate change (or what some call the new geological epoch of the Anthropocene) challenges all our prevalent assumptions – not just those that relate to the workings of the world around us but also our ways of thinking about history and society. Indeed the ideas that it challenges most directly are those that have become dominant over the last couple of centuries.

KS: You write of your visit to Nicobar. One of our field assistants, Agu, a Karen boy was at our sea turtle monitoring camp in Galathea in Great Nicobar (his story is narrated in CC 3.1). The morning of the tsunami, he and several researchers (one of ours and some visitors from Pune) were at the beach, and when the tide receded in an abnormal fashion, he was the only one who thought there was any danger. The others were taking photographs. The long and short of it is that when the tsunami hit, they all died, and Agu survived after 9 days adrift at sea. Do you think that the disappearance from various narrative forms of the extraordinary, the improbable (except in the realm of the fantastic and then we don’t take it seriously) has made us collectively more vulnerable?

AG: It often happens nowadays that people start taking pictures and selfies in situations of danger. It is as if they had become so accustomed to virtual reality that they cannot believe that real dangers exist. Looking back now, I sometimes wonder about my encounter with the tornado of 1978. Were it to happen today would my response be to film it on my phone or to run from it, as I did?

KS: Ironically, significant parts of the environmental (and conservation) movement have been driven by the same capitalist (and neo-liberal) approaches that powered the development model that has caused this crisis. Is a ‘neo-Gandhian’ delinking necessary (and possible) for a solution?

AG: It is tempting to pin the blame on neo-liberalism but I don’t think the connection really holds up. There are many factors other than ideology that are responsible for creating the global dependence on the carbon economy. For example the dominance of the US dollar is closely tied to its position in the petroleum market – decarbonization would therefore be a grave threat to the current economic order and this is no doubt one of the reasons why there is so much foot-dragging about it in the US. But it’s important to note that the linkage was brought about long before neo-liberalism. Similarly neo-liberalism was preceded by other ideologies that were similarly extractive and resource-intensive. The 19th century ideology of ‘Free Trade’ is a good example. In general I think one must be careful about ascribing primacy to any one ideology for this (or any other) crisis – if not, one runs the risk of conceiving of history as being moved primarily by ideas. In other words one risks producing an idealist (or spiritualist) reading of history.

Kartik Shanker is the Director of Ashoka Trust for Research in Ecology and the Environment, Bangalore and the Founder Trustee, Dakshin Foundation, kshanker@gmail.com