India’s wildlife is in a crisis.  The crisis stems not just from traditional threats to wildlife such as deforestation, poaching, and habitat destruction, but also from a complete policy paralysis and governance failure with respect to the conservation of wildlife. The Ministry of Environment, Forest and Climate Change (MoEFCC) today functions with two part time ministers; the National Board for Wildlife has not met since the present government came to power and the success of the MoEFCC is judged by the number of Environmental and Forest clearances it has granted, therefore facilitating the ‘ease of doing business’. It is with the above background in mind that one has to look at the new National Wildlife Action Plan (NWAP) for 2017–31.   The question to ask is whether the new action plan will be able to achieve the goal of wildlife conservation in the currentera of ‘business above all’. 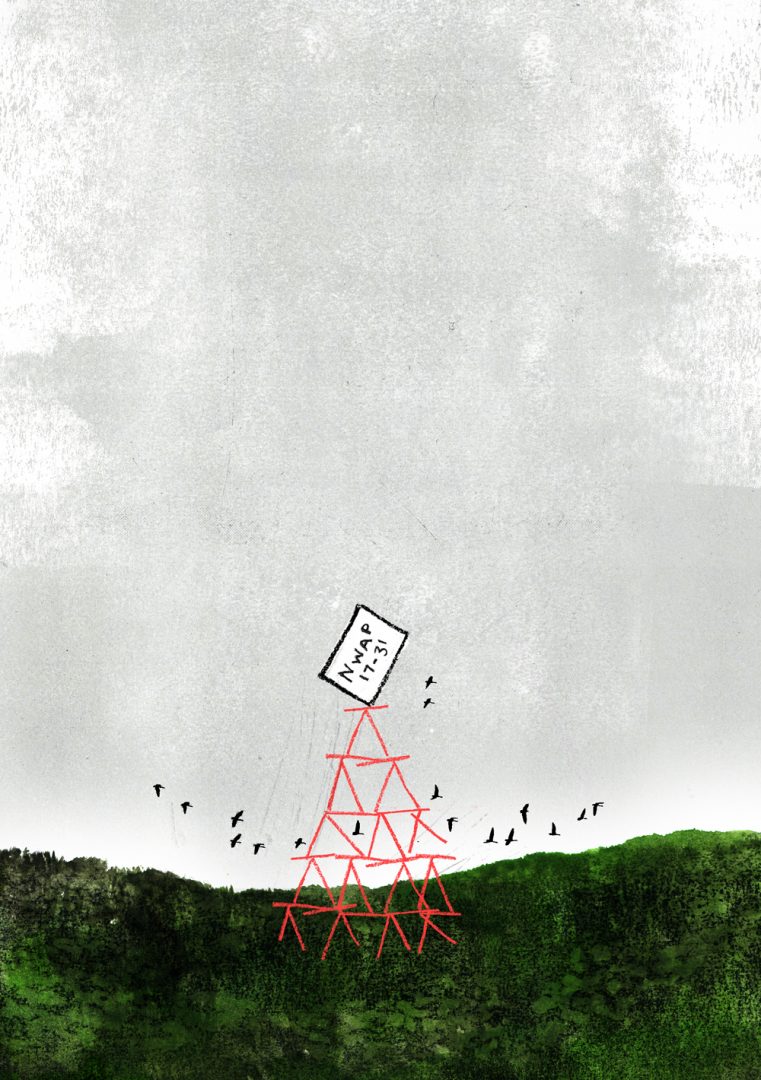 The NWAP (2017–31) is the outcome of a task assigned to a committee headed by the former Director General of Forests, Government of India that comprised of 12 members.  It is noteworthy that the Union Minister of Environment, Forest and Climate Change released the NWAP (2017–31) at the World Bank promoted Global Wildlife Programme (GWP) conference on October 2, 2017. Normally, the NWAP is released by the National Board for Wildlife, which is headed by the Prime Minister, since the mandate of the Board is framing policies and advising the Government on ways and means of promoting wildlife conservation

Is the action plan legally binding?
An action plan is not a legally enforceable document. However, while dealing with the issue of conservation and protection of the wild buffalo the Supreme Court in 2012 highlighted that the NWAP, despite being a policy document, is central to the concept of ecocentrism. The Court observed:

Environmental justice could be achieved only if we drift away from the principle of anthropocentric to ecocentric….Ecocentrism is nature-centred where humans are part of nature and non-humans have intrinsic value…. The National Wildlife Action Plan 2002–2012 and the Centrally Sponsored Integrated Development of Wildlife Habitats Scheme, 2009 are centred on the principle of ecocentrism.

The Supreme Court gave legal backing to NWAP (2002-16),  by directing in 2005 that activities in National Parks and Sanctuaries may be permitted so long as it is consistent with the NWAP. Later, in Centre for Environmental Law versus Union of India,  the Supreme Court directed the Central Government to implement the Action Plan:

The Government of India and the MoEF are directed to identify, as already highlighted by NWAP, all endangered species of flora and fauna, study their needs and survey their environs and habitats to establish the current level of security and the nature of threats. They should also conduct periodic reviews of flora and fauna species status, and correlate the same with the IUCN Red Data List every three years.

Thus, the NWAP is not just an academic piece of work but also a guiding document for the conservation and protection of wildlife. 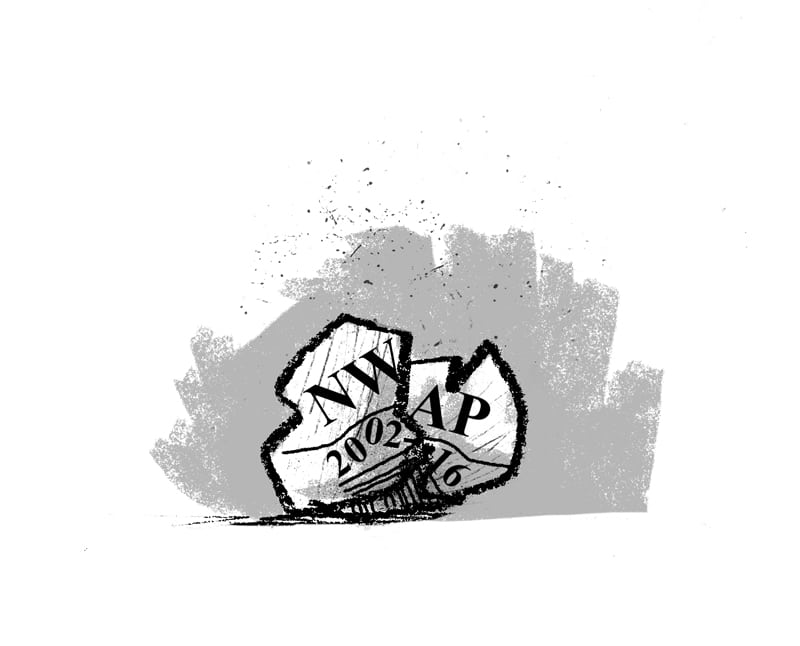 A faulty premise
The NWAP (2017–31) is based on faulty premises. It states that about 20% of the total geographical area is under ‘effective wildlife management’ and claims that India has achieved Convention on Biological Diversity’s Aichi target. This target stipulates that, by 2020, at least 17% of terrestrial and inland water, and 10% of coastal and marine areas, especially areas of particular importance for biodiversity and ecosystem services, should be conserved through effectively and equitably managed, ecologically representative and well connected systems of protected areas (PAs) and other effective area-based conservation measures, and integrated into the wider landscapes and seascapes.

However, the statistics with respect to effective wildlife management are highly questionable. The 20% figure is based on the assumption that wildlife is conserved in all ‘State managed forests’.  There are, in fact, various categories of state managed forest such as reserve forest, protected forest, un-demarcated protected forest, etc.  These forests are generally managed under Working Plans prepared by the State Forest Department and Forest Development Corporations.  There are many which exist only in paper and serve no ecological role. A classic example is the Forest Research Institute in Dehradun, which is a notified reserve forest. Clearly, no ‘wildlife management’ is taking place on this campus, which houses at least five institutions including the regional office of MoEFCC.  Even more alarming are the many reserved forests declared by the State without any consideration of ecological factors. If these are the areas the Action Plan has counted as being under ‘effective wildlife management’, it raises serious doubts on both the claims and the premise.

The same applies to protected areas including National Parks and Sanctuaries. Most protected areas are yet to be finally notified under the Wildlife (Protection) Act, 1972. In some protected areas, the area under effective protection may be only a fraction of the total area.

Short shrift to its mandate
The predominant thrust of the NWAP is to defend and justify the existing policy as well as the approach of the Government and the various institutions engaged with wildlife conservation. For example, the NWAP states that the National Tiger Conservation Authority (NTCA) has been fulfilling its mandate by issuing advisories. However, the NTCA has been a mute spectator to many serious assaults on India’s Tiger Reserves. It remained silent when the critical Kanha–Pench Tiger Corridor was destroyed due to the expansion of National Highway-7.  One of the rare instances when the NTCA did issue ‘directions’ was with respect to prohibiting a BBC journalist from entering Tiger Reserves after they ‘wrongly’ projected India’s conservation efforts to the global community.

The section on Environment Impact Assessment (EIA) is extremely limited despite the fact that there is going to be huge pressure on wildlife habitat due to increased investments in highways, waterways, ports, dams, mines, etc. All that is mentioned is the need to assess human-animal conflict in EIA assessments. The Plan does discuss the establishment of the National Environmental Appraisal and Management Authority (NEAMA), which is an attempt to reform the review process and improve transparency in environmental impact assessments of development projects in the country. However, this recommendation merely repeats the MoEFCC’s plan to set up such an authority and does not in any way engage with or substantiate how this body would help focus attention on issues relating to wildlife. 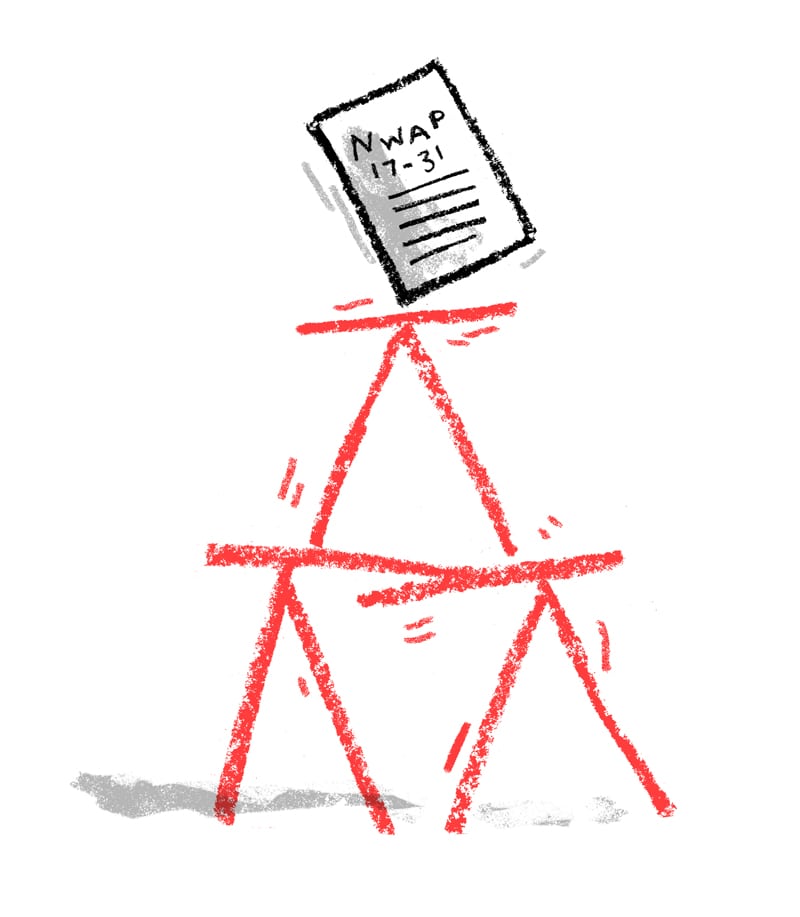 One of the interesting targets of NWAP (2002–16) was to undertake, by 2007, a long term project to assess the water contribution of PAs and connected forests to lean season flows, ground water recharge as well as flood and drought mitigation.

One of the interesting targets of NWAP (2002–16) was to undertake, by 2007, a long term project to assess the water contribution of PAs and connected forests to lean season flows, ground water recharge as well as flood and drought mitigation. The responsibility for conducting the study was entrusted to Wildlife Institute of India, Dehradun. Given the large number of ecologically destructive projects that are approved in PAs, such a study could have helped assess the implications of these projects. Unfortunately, this study is yet to be initiated. There is no reference to this particular assessment in the new NWAP (2017–31).

Whither forest rights?
One of most important changes in the forest governance landscape since the NWAP (2002– 2016), is the Scheduled Tribes and Other Traditional Forest Dwellers (Recognition of Forest Rights) Act, 2006 popularly known as the ‘Forest Rights Act’ (FRA). This led to forest dwellers being treated as right holders as opposed to privilege holders and encroachers. The Forest Rights Act has also led to conflict between the Forests Departments on the one hand and forest dwellers on the other.

The NWAP states that, “it aims at building, enhancing and sustaining people’s support and participation in wildlife conservation.” Although it recognises that the potential conflicts between forest dwelling communities and the state forest department can only be avoided by making them partners in wildlife conservation, the plan does not go far enough in outlining actions. The NWAP focuses on strengthening and expanding institutions like Joint Forest Management Committees (JFMC), Forest Development Agencies (FDA), Van Panchayats, advisory committees and management committees for protected areas. However, there is no mention of the pivotal role the Gram Sabhas and Forest Rights Committees play under the Forest Rights Act, which are far more important than FDA and JFMC in a legal context.

Whither lions?
Among the most serious concerns with respect to the NWAP (2017–31) is the complete absence of the Asiatic lion from the list of priority species for conservation or species recovery and no mention of the Expert Committee constituted by the Supreme Court to complete the task of translocation of the Asiatic lion from Gujarat to Madhya Pradesh.  Surprisingly, there is a specific mention of the ‘Asiatic cheetah’ though the Supreme Court had said that the plan to bring African cheetahs to India was not in consonance with NWAP (2002–2016) as it is an exotic animal.

In response to a Public Interest Litigation, the Supreme Court had directed the Central Government to initiate and complete the process of translocation of the Asiatic lion from Gujarat to its proposed second home in Kuno–Palpur Sanctuary in Madhya Pradesh.  The Court stated that the protection of the Asiatic lion and providing a second home for the animal was ‘top priority’.

The reasons for this omission and silence are not very difficult to discern. The Government of Gujarat has consistently opposed the shifting of lions from Gujarat to Madhya Pradesh. The Central Government’s silence and inaction even after the Supreme Court’s verdict reflects its passive support for Gujarat. The silence of well-known conservationists in the Committee is, however, a cause for grave concern.

The fact that the Action Plan is in direct violation of judgements of the Supreme Court with regard to certain subjects is a cause for serious concern. Not only may this amount to contempt of court, it suggests that the members of the committee may either have aligned with the government’s priorities or simply have been unaware of the implications of ignoring the court‘s directions. It would indeed be a tragedy if the cost of silence on these grave issues were paid by India’s vanishing wildlife.

There is an urgent need to review and revise the NWAP (2017–31). The problems are too serious to be fixed by tweaks, and there is a need for a complete overhaul. To begin with, the task of framing the Action Plan ought to be entrusted to a group of individuals with diverse knowledge and experience in a wide range of disciplines that include not just wildlife and ecology, but also environmental and social sciences, hydrology, climate change, governance and related fields. The Committee should have wide-ranging consultations with people across sectors and importantly, with those having opposing viewpoints. After all, wildlife conservation has less to do directly with wild animals and more with managing pressure on wildlife from the human, industrial and developmental goals of the country. Given the increasing threat to wildlife habitat, we urgently need an action plan that is focused, robust and implementable.

The committee included Bibhab Talukdar of Aranyak, Vivek Menon Wildlife Trust of India, and R. Sukumar of the Indian Institute of Science among others

Ritwick Dutta is an Environmental Lawyer and Managing Trustee, Legal Initiative for Forest and Environment ritwickdutta@gmail.com