Indigenous knowledge systems are often characterised as including very detailed understandings of local environments, often over very long time periods. This combination of temporal and spatial knowledge is a strong base for thinking about change, both in terms of change brought about by climate change, and the sorts of adaptive change communities might need to make to appropriately respond. 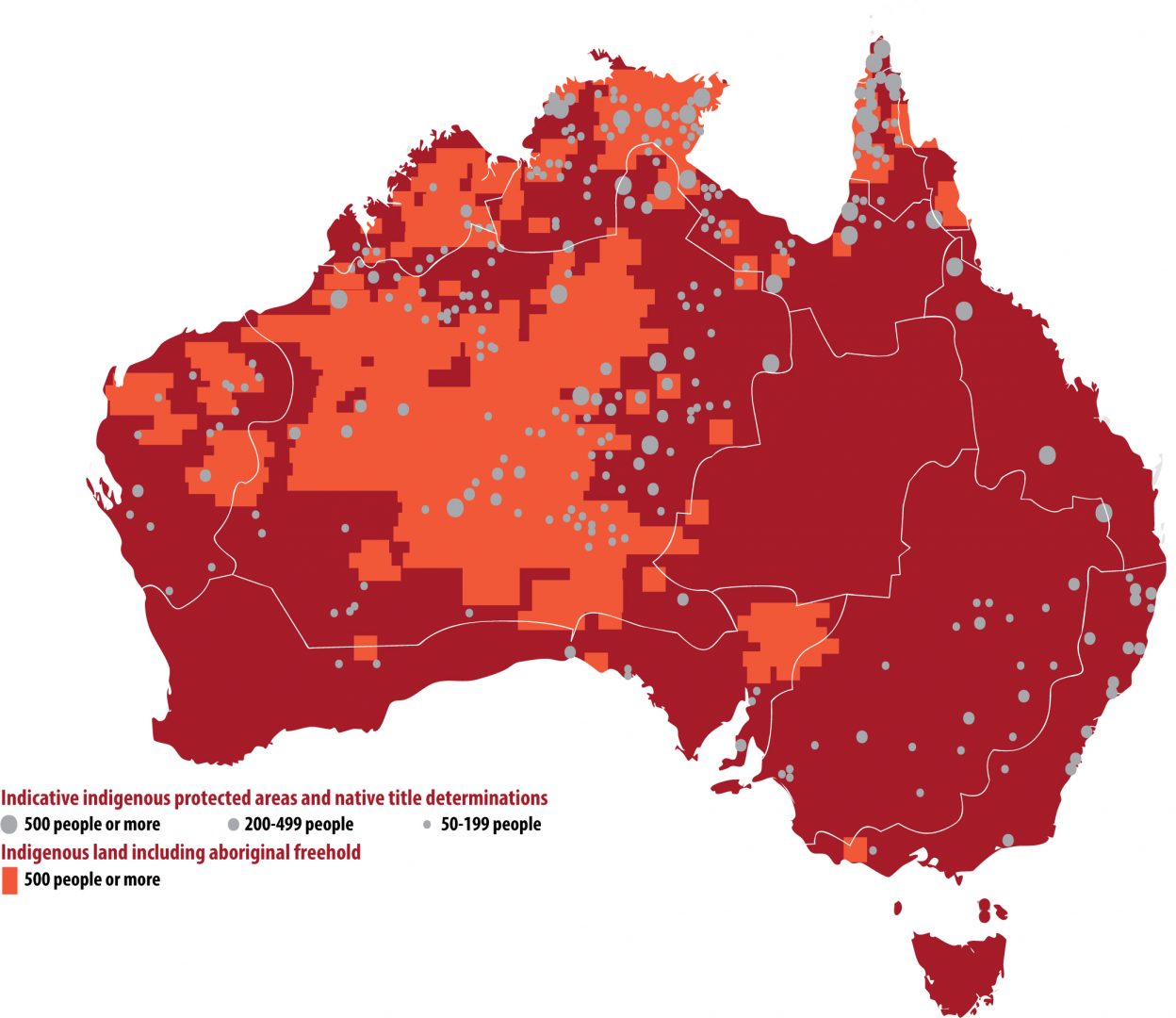 Paradoxically, while indigenous communities may contribute the least to climate change, globally they are amongst the most vulnerable to its impacts. Low socio-economic status, dependence on natural resources, residence in particularly vulnerable geographic regions, and histories of inadequate policy responses all create increased vulnerabilities. But conversely, cultural characteristics may mean that some indigenous communities are well-placed to develop effective adaptive responses to climate threats, and indigenous knowledge systems may contribute significantly to understanding climate change. 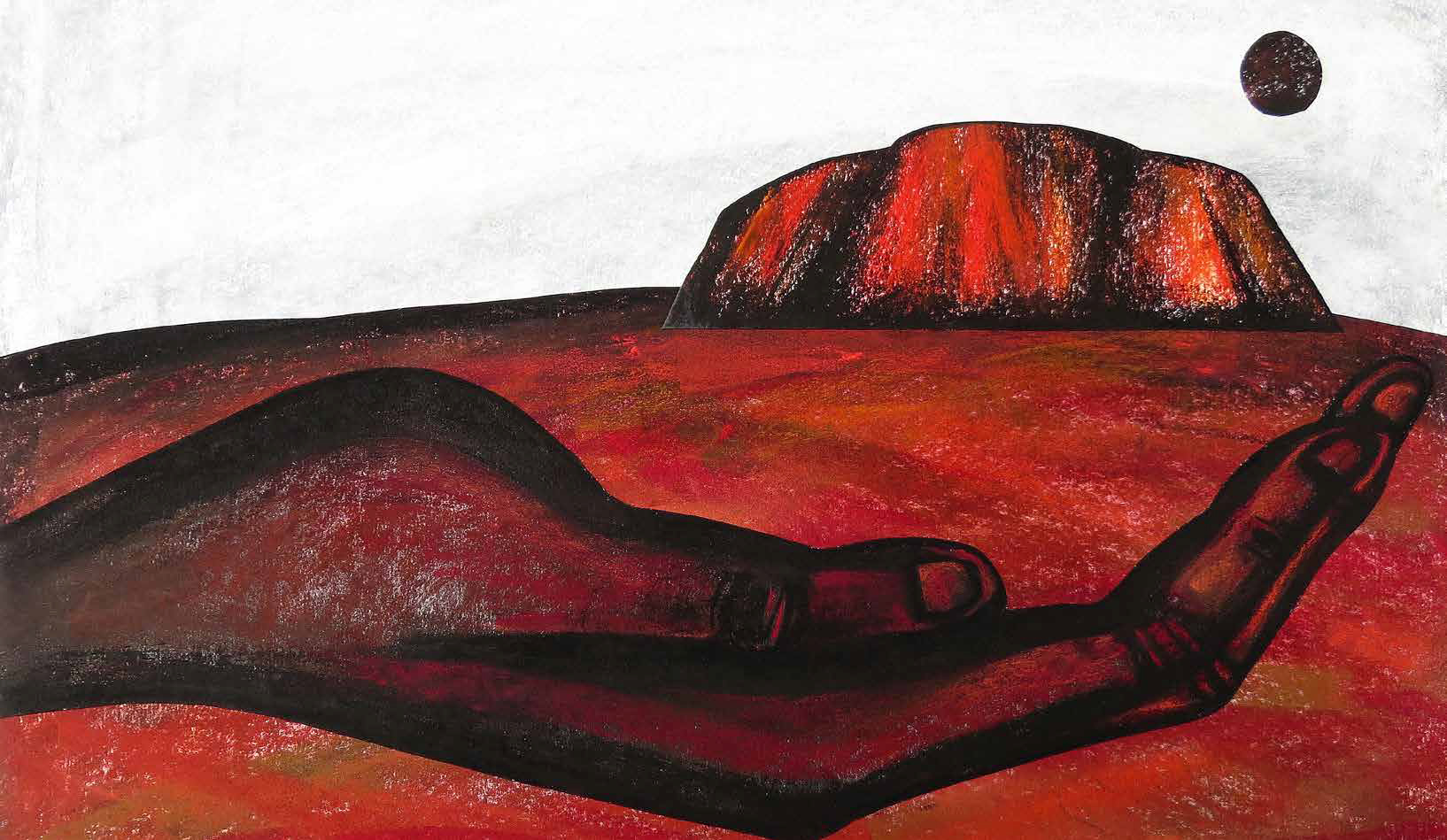 In Australia, Aboriginal people have been interacting with the landscape for tens of thousands of years. During this deep history, the climate and the landscape have undergone dramatic changes: sea levels changed, the continent became drier, fire became much more frequent, and there were significant changes to plants and animals. Intimate and detailed knowledge of bio-physical environments over long time frames means changes are often observed and noted, and indigenous knowledge systems are typically adaptive. The ancestors of contemporary Aboriginal people successfully observed, learnt and adapted to these changes.

The Australian indigenous population is around 575,000 or 2.5% of the Australian population. Indigenous people from mainland Australia are usually termed Aboriginal, with Torres Strait Islanders forming a culturally distinct indigenous group from the islands between Australia and Papua New Guinea, and within both these broad groupings there is significant diversity. While there is an increasing population concentration in urban areas, one quarter of indigenous people live in remote or very remote areas. Some of this relatively small population owns and manages around 20% of the continent, albeit very unevenly distributed geographically and demographically, and much of it in arid, semi-arid and tropical zones, including significant areas of coastline.

The large extent of this indigenous land makes it significant not only for indigenous people but the broader Australian community as well. Residence in and connection to indigenous territories in particular geographic areas will interact with climate change impacts. Exposure to extreme weather events is already occurring and likely to increase in arid and semi-arid, coastal and island, and riverine regions. Biophysical changes such as increases in introduced species, changed water regimes and altered fire regimes will have cultural, economic and health outcomes.

However, the nature of indigenous land holdings also offers some unique opportunities for creative responses to climate change issues. The West Arnhem Land Fire Abatement program (WALFA) is an example of successful collaboration in offsetting carbon emissions from a gas producer while simultaneously supporting cultural and biophysical outcomes. WALFA uses offset payments to support a specific cultural savanna burning strategy that contributes to continuities of knowledge and culture while simultaneously maintaining high biodiversity and reducing carbon production from wildfire. In 2000, savanna wildfires caused 40% of official greenhouse gas emissions in the Northern Territory and accounted for 2–4% of Australia’s total greenhouse gas emissions. Traditional custodians of the region use a fire strategy which creates significantly less CO2 emissions than that generated in wildfires. In three years of operation, the WALFA scheme reduced emissions by the equivalent of 450,000 tonnes of CO2 which was 50% above target. The success of WALFA is dependent on the rich customary fire knowledge of local Aboriginal people, working collaboratively with scientists.

New national policy initiatives such as the Carbon Farming programme are attempting to engage further with Indigenous landholders to develop combined cultural, environmental and economic outcomes, including a targeted Indigenous Carbon Farming Fund.

The very large areas of aboriginal land in central Australia are often in arid and semi-arid regions. These landscapes, and their indigenous communities, have co-evolved in conditions of environmental uncertainty, with long periods of low rainfall interspersed with intense rainfall events. This means there is already significant resilience built in to these social-natural systems and some of the species which inhabit them.

In these and other landscapes, seasonal observations of ecosystem patterns and conditions are used to determine appropriate hunting strate-gies. If some species are declining due to changes, hunters will switch to more abundant species.

Aboriginal people hunt native red kangaroos, as well as introduced species such as rabbits, camels and cats, all of which are widespread and adaptable. They are also actively involved in programmes to reintroduce locally extinct species, using their deep knowledge of animal ecologies to assist such programmes. In arid regions, scattered rockholes which retain water during dry periods are critically important for many species (and people). There is a long cultural tradition of looking after these rockholes, keeping them clean and accessible. Climate change impacts which include longer dry periods will mean such practices are very significant and in some communities Aboriginal people are also creating additional rainwater catchment systems specifically for wildlife, using modern technologies to offset the decline in water from rockholes.

Analysis of the relationships between indigenous cultural characteristics and climate change impacts suggests both strengths and weaknesses. The maintenance of extended kinship networks can exacerbate residential overcrowding in situations of inadequate housing, widespread in urban, rural and remote locations. Overcrowding can then lead to increased health vulnerabilities. Conversely, the same extended kinship networks may generate significant social capital and broader exchange networks that may offset decreased access to appropriate food and other resources. The highly mobile nature of many indigenous families can increase possibilities for relocation due to, for example, extreme coastal weather events. However, this could also lead to localised overcrowding and increase vulnerability due to inadequate infrastructure including road access, housing and health services. Many indigenous communities exist at the peripheries of government and civil support, both geographically and in policy terms. While this obviously increases vulnerabilities, it also means that communities are often used to being self-sufficient and may respond more effectively to breakdowns in civil services.

Prominent researcher Fikret Berkes makes a distinction between ‘cognitive knowledge’ in the sense of a body of facts and understandings that can be passed on between generations, and knowledge as process, undergoing continual change and development as people interact with changing environments over time. Both of these forms of knowledge are used by indigenous peoples in responding to climate change. Because indigenous homelands are often located in what are characterised as extreme environments (arctic, arid, tropical), they are often the first to observe changes, which occur much faster at these locations. Their experience with these complex and challenging environments thus enables them to develop adaptive strategies, using millennia of knowledge and skill. Some of these adaptations are in conjunction with scientific approaches, and some are developed entirely independently.

Michael Adams is Associate Professor at the Australian Centre for Cultural Environmental Research and the Indigenous Studies Unit, University of Wollongong, Australia, madams@uow.edu.au.