As a daily wage labourer with the General Reserve Engineer Force (GREF), Mathe Budda came to the island of Great Nicobar over three decades ago. Hailing from a village in Ranchi, he was one of the many young people from the northern state of Bihar who were employed by this organisation whose main task was to build roads in inhospitable terrain and new frontiers that were being opened up. The road which was constructed between Kopen Heat on the west coast and Campbell Bay, the main settlement on the east coast came to be known as the East-West Road. After the completion of the road, the GREF moved on, but Mathe stayed back as did a few of his compatriots in different parts of the island. Not much is known about him except that he eventually settled down in the picturesque little coastal hamlet of Kopen Heat. Since the road had ceased to be motorable due to landslides (and was non-existent in many places), he had little contact with anyone other than the members of a small Nicobari family settled nearby, labourers from the forest department who visited infrequently, and fishermen who pitched camp on the odd occasion. Despite his old age and partial blindness, he tended a little coconut grove which provided him with the raw material to brew considerable amounts of toddy which he bartered for provisions. To the occasional researcher who visited his little hamlet, the budda (old man) played the perfect host, preparing meals, showing off his toddy tapping skills (though old, blind and bowlegged he was very agile and could climb coconut trees very well) and recounting encounters of previous visitors. The fact that he recollected and recounted in vivid detail, the visits (and often embarrassing accounts) of the dozen or so research personnel who visited him in as many years, was a source of amusement to all who happened to partake of his hospitality. He was particularly keen to recount the story of a well respected and very senior lady researcher who arrived at Kopen Heat to research indigenous seafaring craft only to fall off one of the hodis (country boats) into the sea and her subsequent rescue. 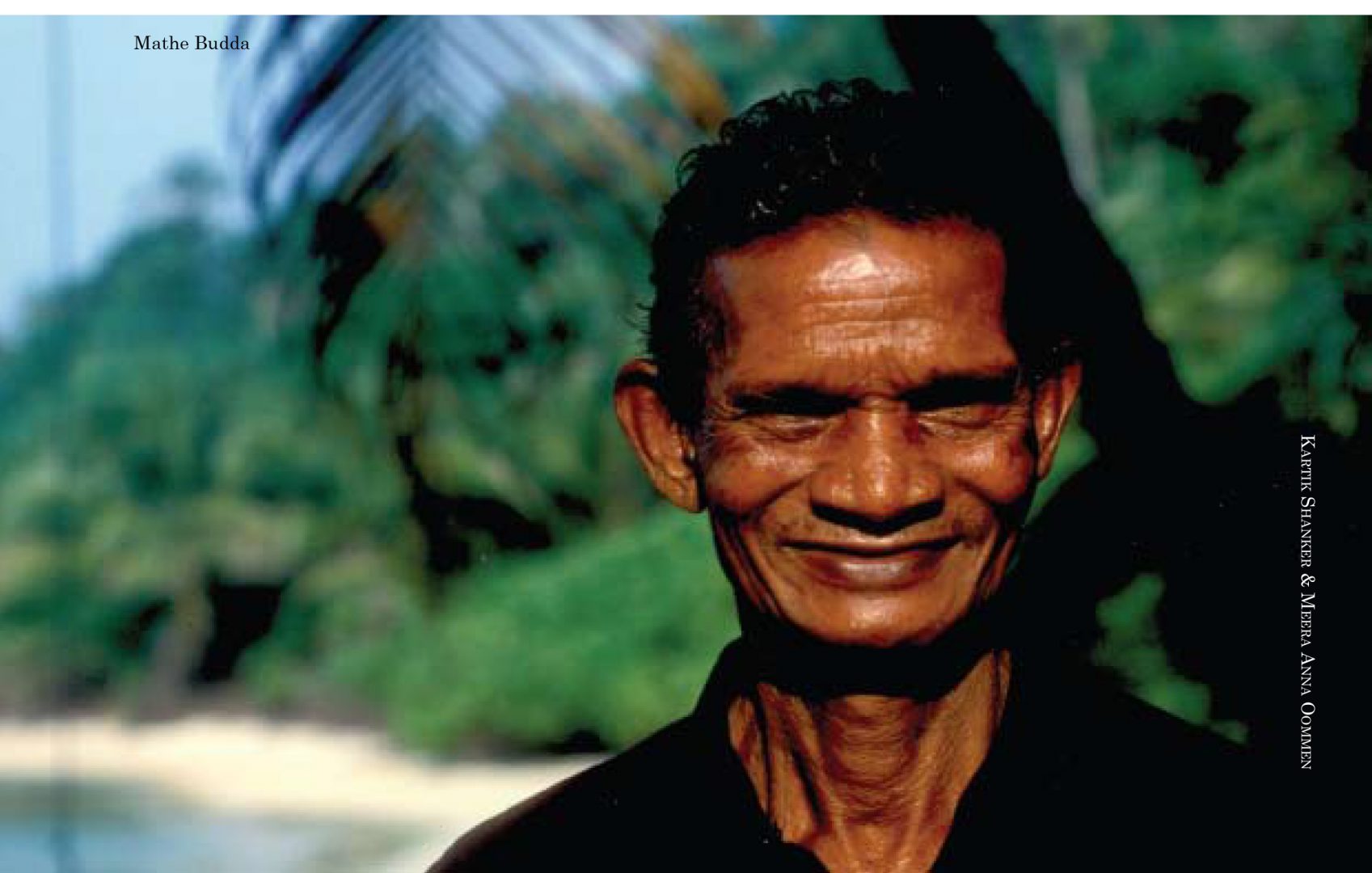 Kopen Heat though sheltered from the sea (lagoon was well known for the stillness of its water and the beautiful view of corals), was destroyed by the tsunami which followed the earthquake off Sumatra in 2004. Most of the settlements on the west coast of Great Nicobar (and its few hundred inhabitants) were wiped out and there were only a few survivors. Unfortunately, Mathe Budda was not among the handful of people who survived, but memories of his warmth and hospitality remain with those of us whose lives he touched.