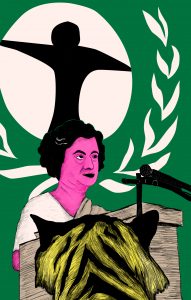 The second half of the 20th century marked a remarkable spurt of nature conservation activity in independent India. The 1970’s marked a period of energetic consolidation and strengthening of wildlife laws and environmental regulations. Importantly, the Wildlife Protection Act of 1972 marked a watershed in the way Indians perceived, experienced and protected nature. There was also a steep, almost triple-fold increase in wildlife sanctuaries and national parks from 194 in 1980 to 578 in 2002. Prominent among the new initiatives was Project Tiger, a government programme to step up protection of the endangered Bengal tiger across the country.

Since those early times, however, the fast changing economic conditions, altering democratic frameworks and new ecological stresses created, necessitate a deeper understanding of the conservation successes and failures We took up this task in this edited book whose central aim is to assess the ability or inability of conservation laws and policies to safeguard and protect natural ecosystems in India. We also wanted to explore the institutional, political and social constraints in meeting ecological goals, especially given our long history of conflict not just between wildlife and humans but also amongst various strata of Indian society.

The Forest Conservation Act (1980) was created to safeguard forest areas from other uses by creating a rigorous clearance process for any proposed diversion. The Wildlife Protection Act gave as much power to the Union Government as to the states in the decision-making and enforcement of anti-hunting laws. 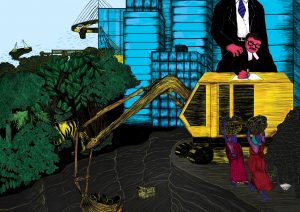 Yet, such an emphasis on strong rules, centralised authority, and the creation of inviolate spaces inevitably led to pushbacks. One of the major issues that later came to haunt nature conservation was the largely coercive displacement of villages from within Protected Areas (PAs), such as National Parks and Wildlife Sanctuaries, to create people-free spaces. Such social dislocation ignored the socio-economic and political costs of doing so. The increasing restriction of public access to forest resources in PAs, necessitated by the Wildlife Protection Act (1972) only added to local communities’ hardships. For instance, local residents faced reduced incomes from forest-based livelihoods, which was only intensified by their vulnerability to wildlife-caused damage. The new policies, seen as centralizing authority in a federal system, invited resistance from provincial governments as well. State governments saw as an obstruction to development and natural resource extraction, and to growth of state revenues.

The strengthening of conservation laws in the last decades of the 20th century took place precisely in the same period when such centralization was being challenged by demands for a greater degree of local and regional self-government from forest workers, village panchayats and even well-established local forest institutions. The 1990’s and 2000’s saw a marked spread of rights-based approaches to social inclusion in India, in parallel with the observed growth and entrenchment of wildlife bureaucracies and programmes. The amendment to the Panchayat Raj Act in1992 which strengthened local self-government, and more recently, spread of legislation such as Right to Information Act (2005) and Forest Rights Act (2006), sought to redress citizens’ grievances on a range of issues, such as land ownership, access to forests, benefits transfers, education and health facilities and provide a more active role to people in governance.

Against the backdrop of conflicting claims on natural resources, economic liberalization starting in 1990, further complicated the challenges to the biodiversity, due to escalating demands for minerals, fossil fuel, land, and water, and energy. The quest for these resources, to serve unabated consumerism and urbanization, soon brought development and conservation into a serious confrontation by 2000s. Industry, urban spaces and infrastructure encroached
parks, forests and water bodies and put unrelenting pressure on remaining wildlife habitats.

Both liberalization and wildlife conservation had irreversible effects on the way natural resources would be controlled and used; and they led to growing
marginalisation of tribals, forest workers and fisher folk.

There were other exigencies that inspired this book: As of now, there are very few books that attempt expressly to bridge the sciences-humanities divide in
understanding conflicts over nature. For this edited volume, we brought together scholars and practitioners who are working in the area of nature conservation from different perspectives. From the historical perspective, too, this volume occupies an important place. There do exist a number of treatises but they are on isolated aspects of the wildlife protection trajectory. For instance, the early role of Indira Gandhi in wildlife protection and Michael Lewis on the politics of Project Tiger in India starting in the 1960s. So far there is little published that deals with the period of 1985-2015 during which significant changes were unleashed through the country-wide economic reforms process. The influence of such large-scale economic and social changes on the status of nature or wildlife conservation remains largely unstudied, despite their immense spatial scale and intensity.

Our volume also extends the understanding of the impact of conservation policy to an array of ecosystems and landscapes, both inhabited and largely wild, including freshwater wetlands, high-altitude alpine forests, coastal zones, urban forests and tropical rainforests, and in a frame that includes not only all forms of life but also the immense and sometimes intangible ecosystem services that they provide. For instance, Kanchi Kohli and Manju Menon look at the regulatory laws on coastal ecosystems which impinge on marine conservation. In ‘Hunting stories and Shady tales,’ Archana Bali and Kartik Shanker look at the impact of wildlife conservation and tree preservation laws in the coffee plantations of the Western Ghats, a heretofore unrecognised but significant habitat for wildlife. Ambika Aiyadurai explores the challenges of implementation of the Wildlife Protection Act in the remote hills of Dibang in north-eastern India, using an anthropological lens to understand the constraints at a very local scale.

We also examine in this book whether developments in the ecological and conservation sciences are entering policy formulation and field implementation in adequate ways, and whether spreading knowledge of conservation science in civil society and the media have been able to spark new directions for public debate and social protest. I look at the role of science in conservation action as played out in the government proposal to bring back the Asiatic cheetah back to the Indian grasslands, showing how science is often used as a political tool, rather than as a realistic means to recover ecosystems and species. In another article, Neha Sinha looks at the shortcomings in the legal definition of wetlands which is fraught with lack of understanding of their ecology and ecological roles. Such poor understanding has significant implications for real-time conservation, for public perception as well as the priorities of local government. Meghna Agarwala applies quantitative methods to assess the impact of long-term forest produce extraction on dry deciduous forests in Central India, showing the problems in simplistic approaches typically used in forest management.

Of particular import to conservation effectiveness is the role of institutions- both state-level as well as highly local- which have shown inconsistent trajectories lately. In an increasingly urbanising country, and after several years of agrarian distress, rural and forest-dependent people find some long-standing attachments and knowledge related to forest and field being disrupted. This is being manifested in weakening of community-formed institutions at the local level which were earlier managing resources sustainably. In this volume, Rinki Sarkar explores the threats to regeneration of chilgoza pine forests in Western Himalayas in an era of weakening forest institutions. In a similar vein, the long-term changes in community and state-owned forests in Jaintia hills of Meghalaya are juxtaposed by Rajkamal Goswami and T Ganesh in this book.

Moving from local to governmental institutions, a retrenchment of positions has been very much the case despite years of training, better scientific knowledge and greater involvement in even state-level policy and implementation, since independence. M. Vikas takes a historical view of the people-park relationship in and around Asola-Bhatti Wildlife Sanctuary in Delhi, to show how forest-dependent pastoral people have been marginalised with the ingress of urbanisation, mainly due to the rigid protection ethos of the forest bureaucracy.

Nature Conservation in the New Economy is an exposition of the ways in which the protection of nature, a largely state-led project in the initial decades after Indian independence, has become a realm where science, social concerns and governmental regulations, more often than not, collide. The issues
brought up by the authors in this edited volume will hopefully inspire many more such in-depth locale-specific analyses that can help to uncover the conflicts and constraints of nature conservation in India, from which we can learn.

Ghazala Shahabuddin is an ecologist and author who has worked on issues such as land-use change impacts, community-based conservation, and protected area management in India. Currently, she is involved in long term research on the avian communities in Kumaon Himalayas and a related outreach programme.

Shrujana N. Shridhar is an illustrator based in Mumbai. She writes and illustrates children’s books and is a co-founder of the Dalit Panther Archive.