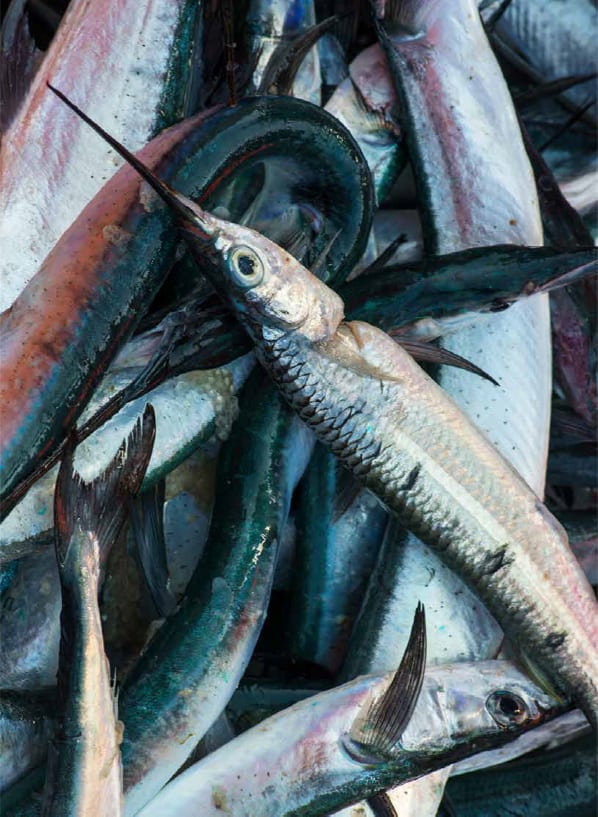 The generic local name, mural, refers to a group of fishes found in the Palk Bay.  It comprises ray-finned fishes such as halfbeaks and needlefish (distinguished from halfbeaks by their long needle-shaped jaws). This group of fishes is often not listed in country- level statistics as having any commercial value merely on account of the fact that European consumers do not and its green flesh appetising. However, these tropical fish are consumed in many domestic markets across the world and the freshly prepared fish is a delicacy obtained only in the coastal towns of Palk Bay.

Early records of studies conducted by CMFRI scientists show that nearly all villages of the Palk Bay were involved in this fishery. Fishers corroborate this, stating that many fisher families knew the techniques of making the special mural nets (mural valai). Today, mural valai specialists are found mainly in Mullimunai  and Morepannai although some families in Kollukadu continue to teach this technique to younger generations. This net is now mostly made by older men and women since it is a time-consuming operation that requires being at home for long hours. Each net takes about a full week to complete. 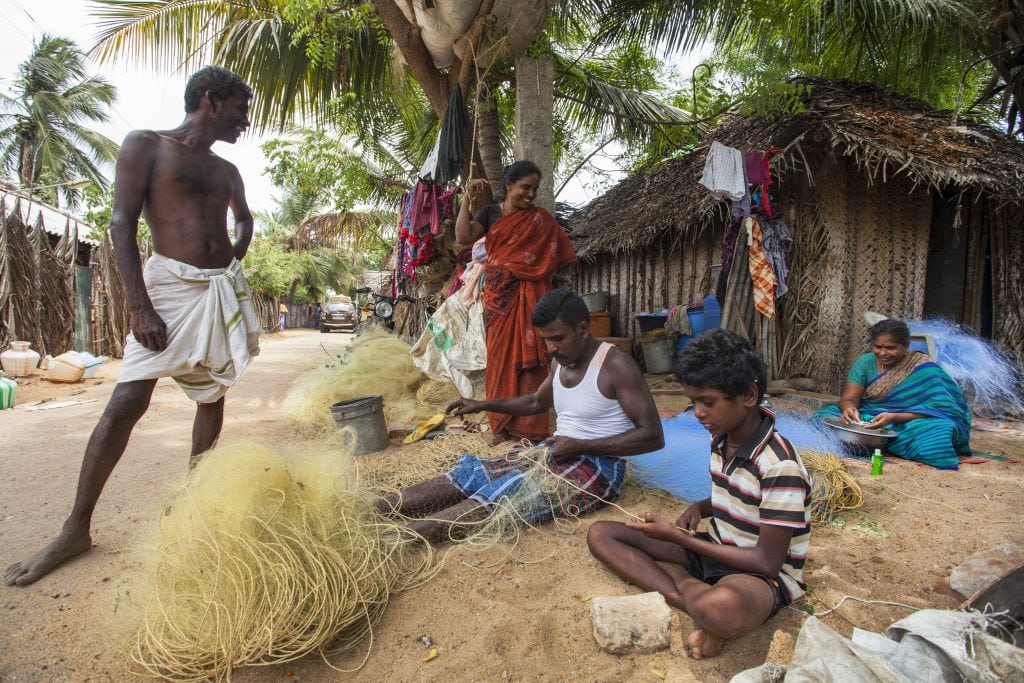 Found all along the Palk Bay, mural nets are highly specialised and often small modifications are made to the nets to adapt to local conditions of the sea. These nets are used in the Palk Bay but also in coastal villages of the Gulf of Mannar. The oats of this net are made of the stems of the calotropis plant (Calotropis gigantea) and no sinkers are used, making this net a floating gill net. The net is deployed a few hours after midnight and retrieved a few hours later. 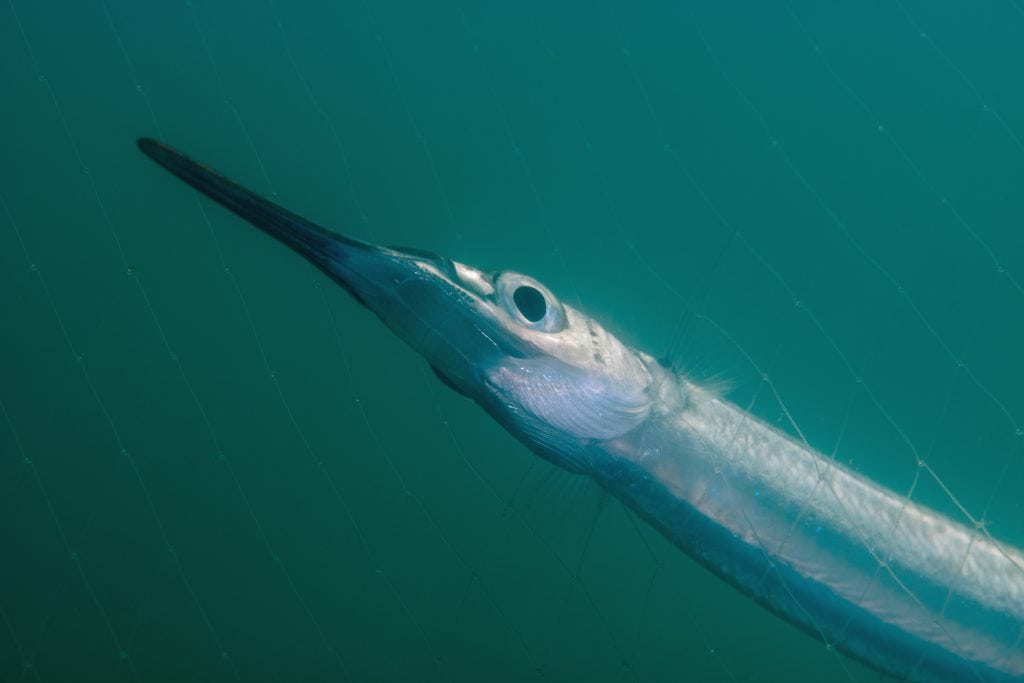 Certain aspects of the mural’s behaviour are understood well by fishers. They observe the speed and direction of its movements, that it likes eating small shrimp, seagrasses and other animals and that it likes staying close to the surface of the water. These observations define the designs and deployment of nets in specific areas. Halfbeaks like the selvai mural (Hemiramphus far) are often seen at the surface of the water and they are usually caught in the mesh by their gills. The mesh material used  in the mural net becomes almost transparent in water and the unfortunate fish following certain currents is tricked into swimming right into it. 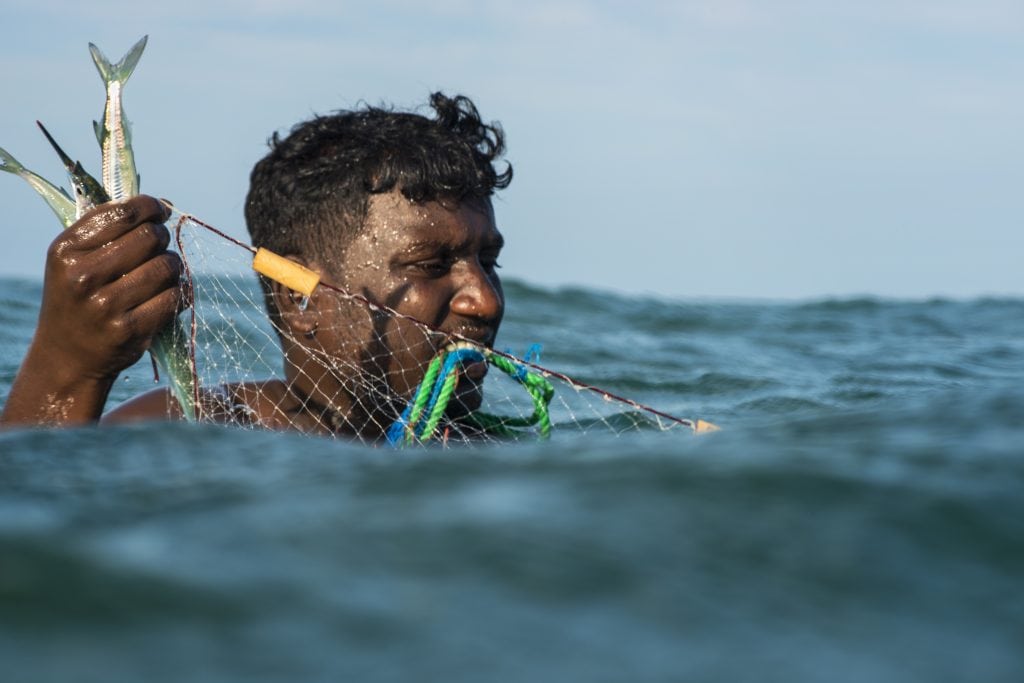 Techniques in fishing depend on a  large number of factors and these are difficult to establish without deeper enquiries and study. The commercial value of the mural depends on its tender meat. Its good colour is also considered an added advantage in some markets. In order to remove the delicate mural fish from the net, it is necessary to ensure that it does not struggle too much. Therefore, a fisherman must enter the water to extract the fish from the net directly and minimise its resistance. 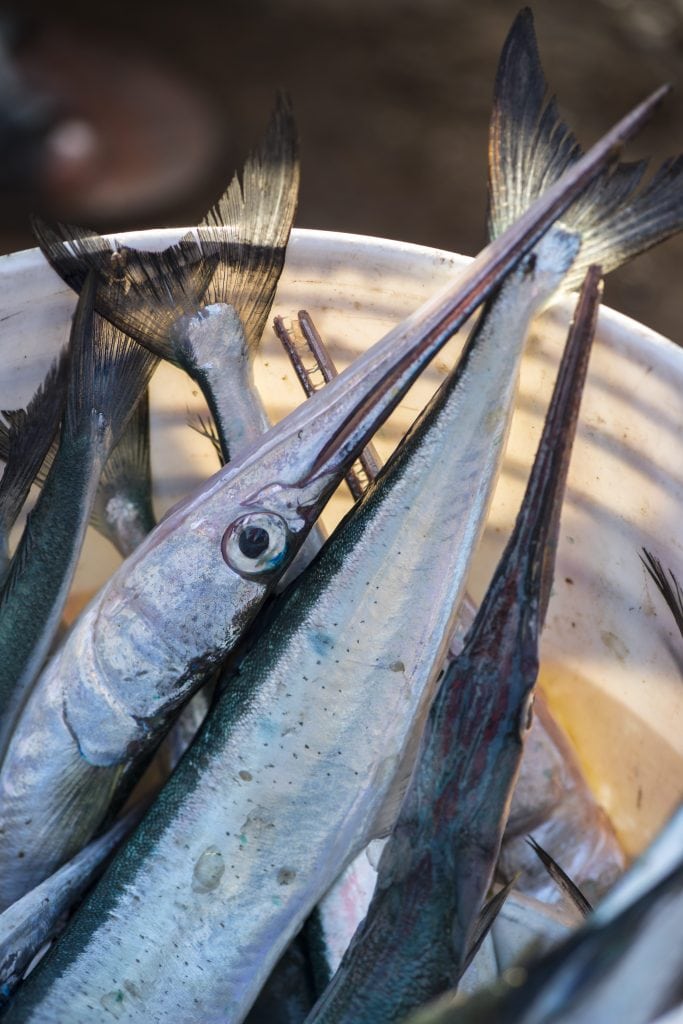 Vernacular names of mural often do not overlap with these scientific distinctions between different species of fish. For instance, the local name belt mural refers to the species known to fisheries scientists as Ablennes hains which has distinct bands through the length of its body. However, for species that do not have very clear distinctions a more generic name is used. For instance, the kalinga mural refers to fish that belong to the scientific genus Strongylura but in contemporary times no further distinction is made between species of this genus. Experienced fishers often make fine distinctions between species, but unless these distinctions are identified and passed on to newer generations of fishers, traders and other actors involved in fisheries, such information is likely to get coarser as time passes on.

Aarthi Sridhar is Trustee and Programme Head, Dakshin Foundation and a doctoral candidate at the University of Amsterdam.

Umeed Mistry is an award-winning photographer and PADIStaff Instructor.

For more stories on Palk Bay, see our book Knowing the Palk Bay produced with fundinf from the German BMUB through the GiZ. For a copy, write to admin@dakshin.org