Palming off the forests: social and ecological implications of introducing oil palm plantations in North-east India 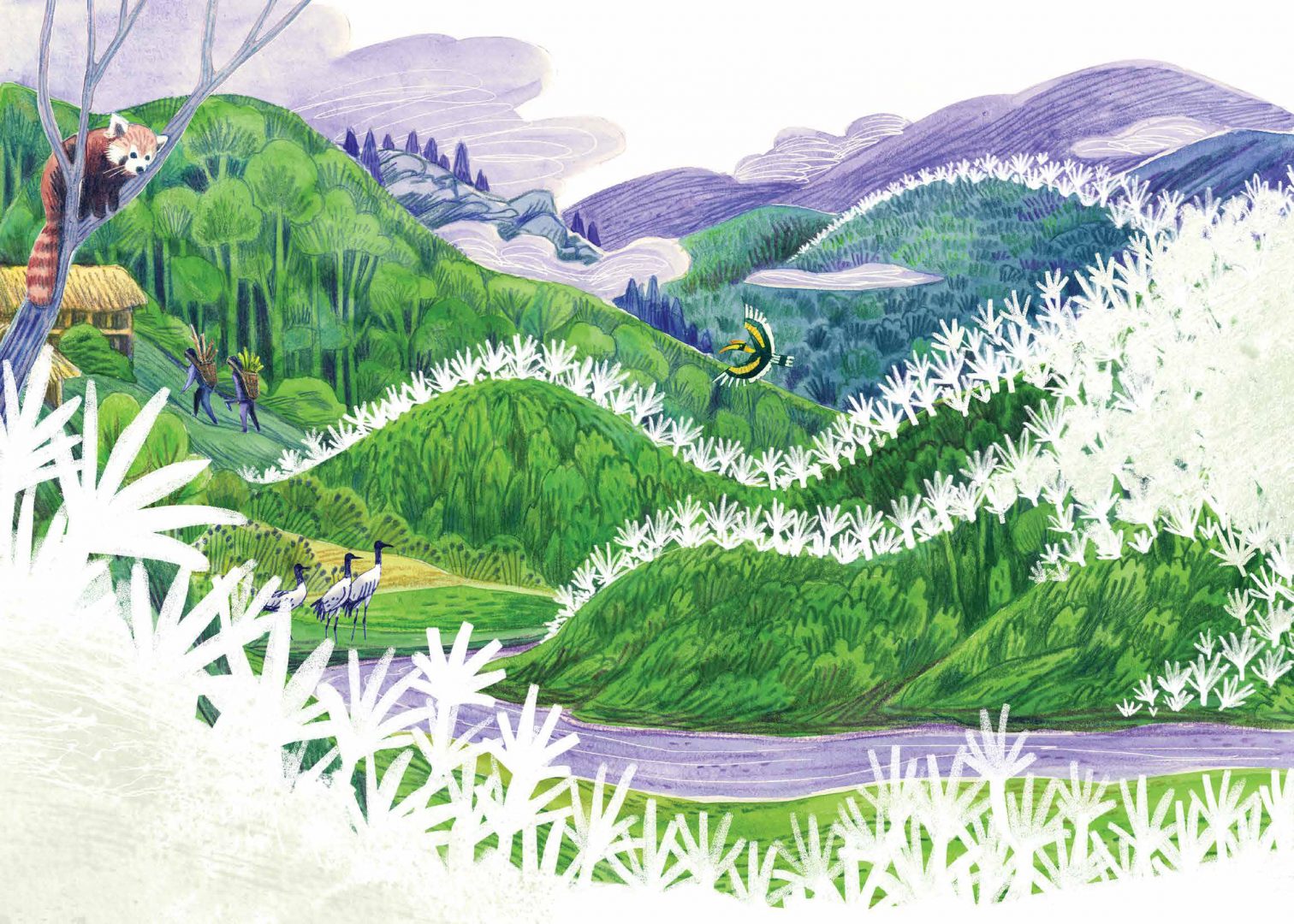 Oil palm plantations are lucrative and are being actively encouraged by the Government across north-eastern India. After the first cut of forests in the region for oil palm in Mizoram, spread across over 20,000 hectares, Arunachal Pradesh State is on track to becoming a major oil palm producer in the coming years with over 100,000 hectares considered suitable for oil palm cultivation. In August last year, the State Government signed contracts with three companies to open up oil palm plantations over 20,000 hectares in the next five years. The rationale seems simple according to a report by the State Government of Mizoram; farmers currently undertaking shifting cultivation, which is perceived as wasteful and destructive, can grow oil palm and improve their own economy as well as reduce the country’s dependence on imported oil palm. But several examples from South-east Asia provide evidence to suggest that oil palm plantation development is riddled with complexity. Lets first look at the ecological impacts. 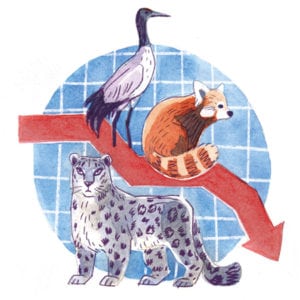 The forests in Indonesia and Malaysia, countries that produce most of the world’s oil palm, have borne the brunt of oil palm expansion over the last three decades: by the year 2005, oil palm plantations in Malaysia and Indonesia affected over 30 million ha of forests. Besides directly causing deforestation leading to biodiversity loss and increased carbon emissions, oil palm plantations have collateral impacts such as soil erosion as well as air and water pollution due to mill effluents and plantation run-off.

Water quality in streams is affected by plantations: studies have shown that water from plantations was nearly 4°C warmer, sediment concentration over 500 times higher and the stream health in terms of stream metabolism was lower than forest streams. While oil palm plantations support lower biodiversity relative to other land use types such as rubber, cocoa and coffee plantations, diversity is also lower than in secondary forests formed following shifting cultivation, which involves small-scale forest clearing followed by natural regeneration.

Palm plantations also accentuate the risk of fire in landscapes; while many oil palm plantations in Indonesia are on drained peat forest rather than uplands, low tree density and lack of ground cover can contribute to a hot, dry, fire-prone environment. Industrial manipulation of the landscape for oil palm development was considered a significant factor responsible for more than half the fires that raged across Indonesia last year and affected over a million hectares of forests. George Monbiot, the environmental writer, called this “the greatest environmental disaster of the 21st century so far” . 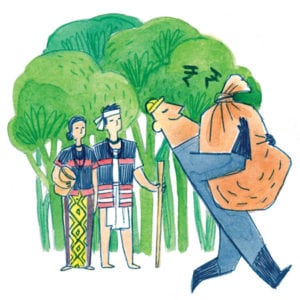 Such ecological impacts will affect the forests in the Indian North-east, which besides supporting several endangered flora and fauna are largely managed by indigenous communities. Shifting cultivation or swidden, a mountain farming system practised by about half a million families across a roughly equal area in hectares, annually, is the mainstay of the region. While on the one hand, the practice provides food security in remote mountainous areas, on the other, farming communities also draw strong links between the practice and their own cultural identity. As oil palm plantations spread and replace cultivable area under swidden, they can be expected to affect livelihoods of farming communities that subsist on the practice. For instance, palm plantations have affected the Dayak community in Central Kalimantan, Indonesia; following the establishment of plantations, communities had to travel farther to collect forest produce, to hunt and to prepare their swiddens.

Besides such direct impacts, other indirect social impacts have been documented from South-east Asia such as lack of transparency regarding the smallholder-plantation arrangement, bonded labour, use of non-local employees, amenities promised by companies not being made available, unsafe use of fertilizers, high rates of injury among plantation workers, corruption between officials and plantations and breakdown of traditional social structures. Further, the perceptions of economic benefits of oil palm vary across different stakeholders–local communities, corporations and governments–and this has led to conflicts between them. Several sites with oil palm plantations in South-east Asia have reported economic gains but some argue that these gains often accrue to migrant labourers rather than indigenous people.

In most parts of North-east India, settled cultivation or wet rice cultivation provides an important alternative and often supplements the activity of shifting cultivation. Irrigation comes at a premium due to the undulating terrain in the region. Diverting this scantily available resource to water-intensive oil palm plantations could affect food security and livelihoods of farming communities. The remoteness of the area further complicates the prospects for oil palm. Several parts of North-east India are not well connected with markets and processing units. Where access is poor, product quality may suffer, since fresh oil palm bunches need to be processed within 24 hours of harvest to ensure good quality oil and to avoid build-up of free fatty acids. 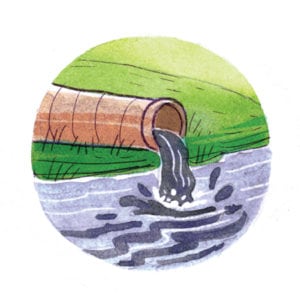 Recognizing the problems associated with oil palm plantations, the Roundtable on Sustainable Palm Oil (RSPO) was formed in 2004 to ensure environmentally sustainable and socially responsible practices and to certify companies that adhere to its principles. Certification should provide some protection for North-east India, however implementation of RSPO principles has been fraught with issues. Firstly, RSPO membership itself is problematic: 65 % of the RSPO are members that trade crude palm oil while only 20 % are oil palm growers. The majority, then, have no direct responsibility for practices on the ground. Secondly, the social, ecological and environmental expertise for effective implementation of the principles of RSPO is lacking in the countries where oil palm is grown. Further, in the year 2012, only a third of palm oil production by RSPO members was certified as sustainable.

Given that oil palm plantations have affected both forests and communities in South-east Asia, and that the expansion of plantations in North-east India is still at its nascent stage, the time is ripe to look for alternatives. However, alternatives are not easy to come by since palm oil is widely used in edible and cosmetic products and oil palm is a highly productive crop in comparison with other oil crops such as soybean, sunflower and rapeseed.

Short-term measures involve improving productivity of existing plantations and avoiding further deforestation for future plantations. Some conservation biologists claim that boycotting oil palm is not the solution since producing oil from a different crop can affect even larger areas. Instead, making existing plantations more efficient and productive and utilizing a portion of the revenue generated from plantations to safeguard other forests has been suggested. Even the focus of the international environmental organization, Greenpeace, is to ‘break the link between palm oil and deforestation rather than for palm oil to be excluded’ .

Long-term alternatives are being researched with some success. In February last year, researchers at the University of Bath, England developed a way to produce the oily yeast Metschnikowia pulcherrima that has the lipid profile of palm oil. While they believe that it can likely grow on most organic feedstock and that its commercial production could be undertaken in 10 to 100 times less area than oil palm, the economically viable production of this yeast may take a few more years of research.

The forests in North-east India are already vulnerable to proposed dams, timber extraction, non-traditional shifting cultivation, mining for coal and limestone and previously introduced monoculture plantations such as tea, rubber and cashew, among others. Similarly, the livelihoods of farming communities are affected by policies that discourage shifting cultivation, a practice that provides subsistence to remote mountain farming communities. Introducing another forest conversion scheme at a large scale of several thousands of hectares poses risks to the land and the people. 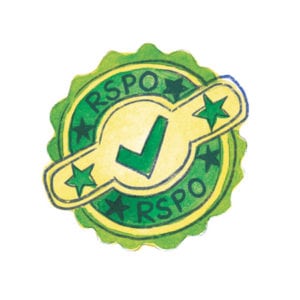 Learning from experiences in a similar cultural and ecological landscape in neighbouring countries in South-east Asia, it may be more practical and ecologically sound to initially undertake small-scale oil palm plantations in previously cleared sites in North-east India and expand slowly in sites with other land use types without causing further deforestation. The expansion should also be based on learning from successes and failures at initially established sites. In terms of management of oil palm plantations, companies designated to establish oil palm plantations must strictly adhere to RSPO principles, and local farmers should be involved throughout the decision making process including the actual management of the plantation to prevent negative social repercussions. Otherwise, instead of improving the economic conditions of communities in North-east India which is ostensibly an important reason for oil palm expansion, plantations may further marginalize farmers that subsist on shifting cultivation and cause extensive and irreversible ecological damage.

The article was written during the first author’s Fulbright-Nehru fellowship at the University of Virginia. He thanks the United States-India Educational Foundation for the fellowship and the authors thank Dr. Geoff Hyde for useful comments which improved the article.

Karthik Teegalapalli is a PhD candidate at the Nature Conservation Foundation, karthik@ncfindia.org.

Deborah Lawrence is a professor of environmental sciences at the University of Virginia, dl3c@ virginia.edu.