Forests are now being quantified and monetised so that they can be traded like other commodities. 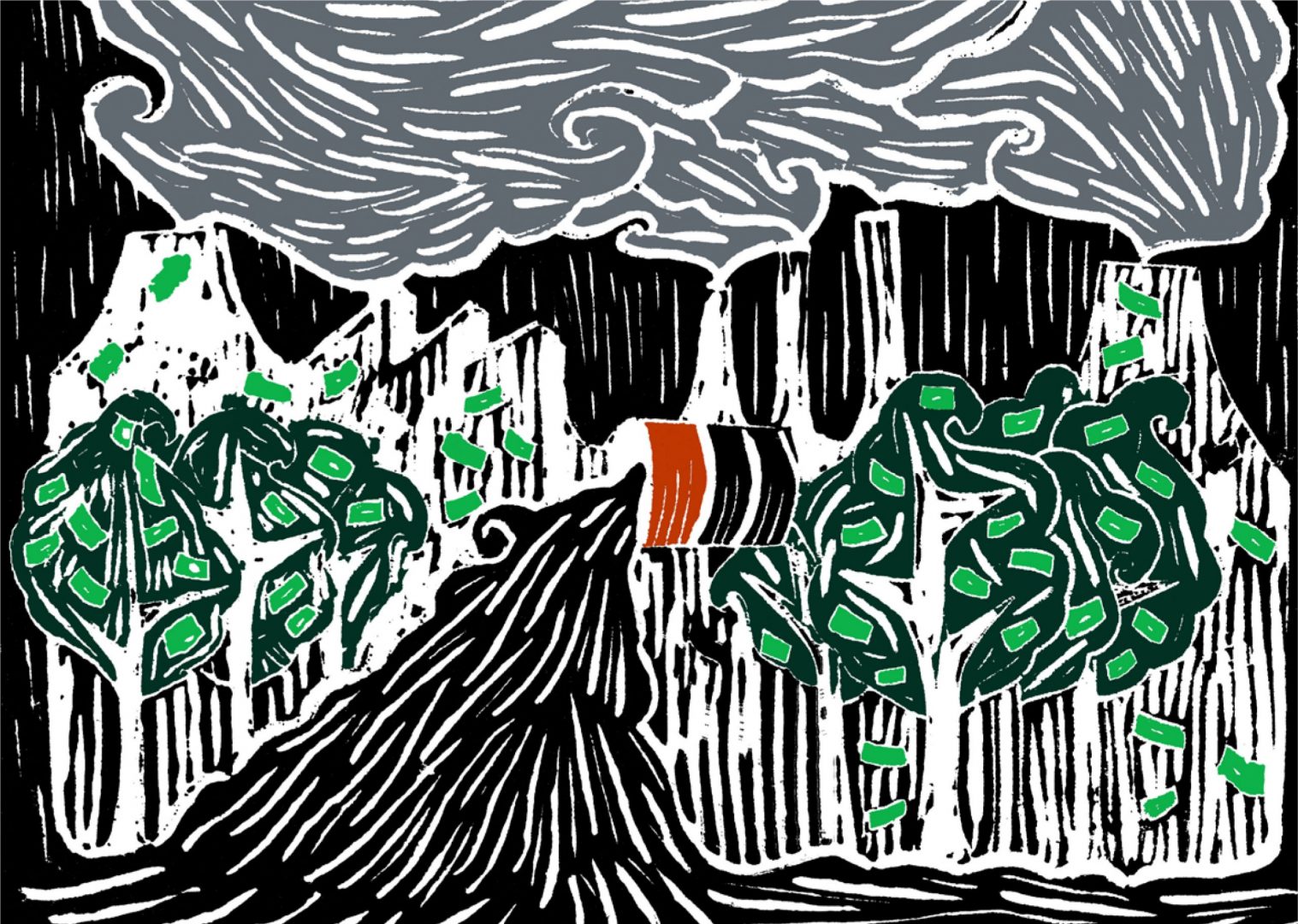 Talk of a Green Economy is everywhere. As climate related anxieties take hold of the psyche of large numbers of people living across the globe, several governments have responded by way of initiatives that evaluate and monetise the services performed by ecosystems under threat such as forests and fresh water. Economists, ecologists and policy makers are trying to incorporate into national economies what might have earlier been considered ‘free’ and commonly accessible goods. By this, the rhetoric of state or market control over land, water and forests has been virtually extended to genes and carbon—the units by which we have come to measure diversity and conservation.

The experience of the last 30 years of forest conservation in India is instructive to understand ‘neoliberal nature’ where commodities are the outcome of conservation and not production (McAlwee, 2011). Starting with the legislation of 1980 that identified loss of forests to development or broadly defined “non forest” use as a key threat, the Forest (Conservation) Act (FCA) set down rules and procedures for the grant of forest clearance based on assessments and evaluations when a project needed forest land. One of the main ways of offsetting this loss was to make it mandatory for project developers to pay for afforestation over an equal area of non forest land and when that is not available, twice the area of degraded forest land. Conservation, it seemed then, was based on the premise of keeping a certain percentage of land under forest. As this form of forest conservation progressed, official data shows that over 1 million hectares of forest have been put away through forest clearance since then. Of this, over 300,000 hectares were granted clearance between 2003 and 2007 alone, which was possible as procedures for clearances have been streamlined to cut down delays, grant of clearances centralised and expert groups and technical bodies established for decision making. With such ‘success’ in the clearance process, compensatory afforestation efforts were challenged both materially and morally. While the forest departments complained of funds not coming in on time, land not being available and poor monitoring of plantation sites, forest dwelling communities resisted more and more their displacement from forests, loss of access and impoverishment.

One of the most significant interventions in the arena of forest governance came from the Supreme Court in 1996. Known popularly after the name of the applicant from Tamil Nadu who is understood to have sent a post card to the court complaining of indiscriminate felling of trees, the Godavarman case (T. N. Godavarman Thirumulkpad vs Union of India and ors {WP No 202 of 1995}) has gone on since, issuing overarching orders to extending the jurisdiction of the central government and state forest department to any area or land which would attract the dictionary meaning of forests. 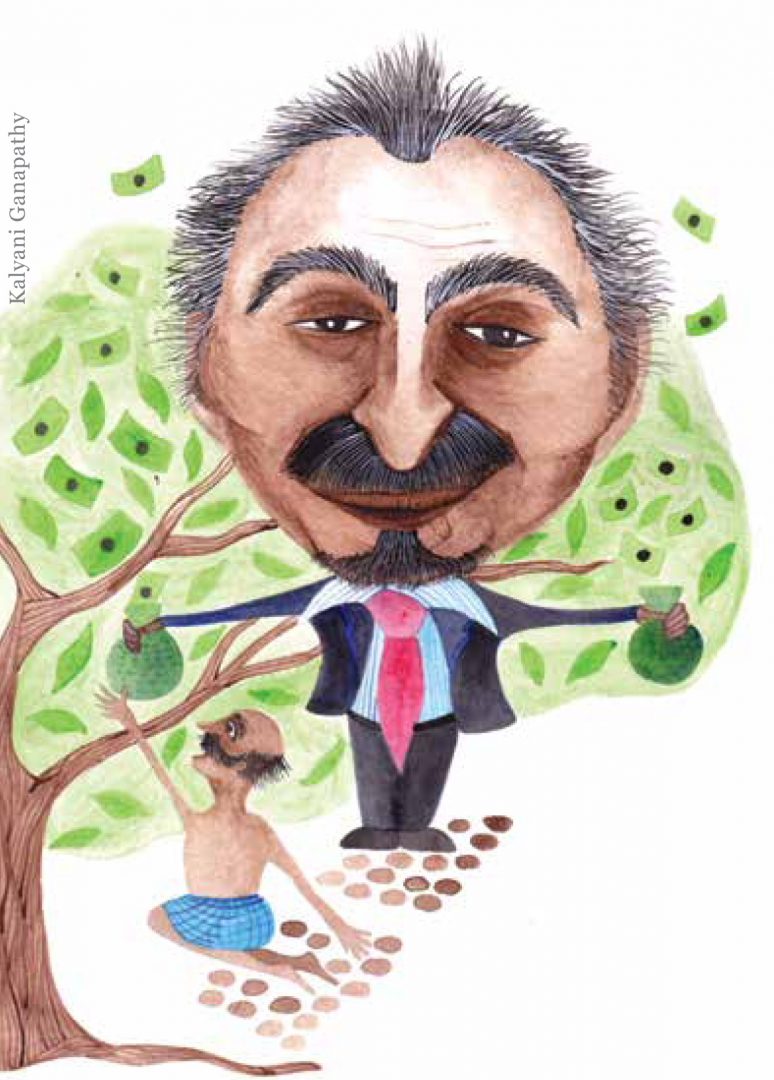 Through the Court’s order dated 26.09.2005 in this case, it also introduced the ‘Net Present Value’ (NPV) for the diversion of forests based on tree density and ecosystem services as a way of making forests more valuable in the process of development. NPV is understood as a value to compensate, in money terms, for the loss of tangible as well as intangible benefits flowing from forest lands due to their diversion to non-forest use. The preliminary idea was that this would either act as a deterrent to forest conversion, or as a compensation whereby the money collected could be ploughed back into conservation activities of the state forest departments. The methodology adopted ranges from charging project proponents amounts from Rs 4.38 lakh per hectare for class IV (open dense forests) to Rs 10.43 lakh per hectare for class I and II (very dense forest). The monies earned are collected by the Compensatory Afforestation Planning and Management Authority (CAMPA) and disbursed to state governments for conservation activities based on their annual plan of operations. These efforts have brought back old and much criticised ideas like Joint Forest Management and invested them with financial resources that have been collected by giving up existing forests.

Whether in the form of land, tree species or density, forests have been classified, monetised and substituted by other products of conservation such as plantations or Protected Areas (PAs). What the dual strategies of valuation and compensation that govern the mechanics of the FCA or NPV have also managed to do is convert forests into decontextualised, mobile and tradable commodities between regions. The condition of compensatory afforestation and NPV in particular meets obstacles in areas such as Kinnaur district in the northern Indian state of Himachal Pradesh. A substantial portion of the district is above the tree line and comprises high altitude cold desert areas. The forest types in this region and many alpine pasture lands of the region are not ones where high tree density can be observed. The calculation of NPV is significantly challenged in an ecosystem of this nature. During a conversation with forest officials of the region in June 2011, it was learnt that forest land is continuously being sought for the construction of border roads as well as hydro power projects, but the district does not have any land where compensatory afforestation can take place. Therefore, if any forest land is diverted in Kinnaur district, the compensatory afforestation will need to take place in another district of Himachal Pradesh, land for which is yet to be identified.

As such policy prescriptions are carried out in ritualised, bureaucratic ways, fictional forests are being reconstituted in law and policy over and over again. While this has been the scenario at the national level, the new global approach of calculating the worth of forests by the carbon they hold is antithetical to popular imaginations of forests. The 1992 United Nations Framework Convention on Climate Change (UNFCCC) has recognised the role of forest conservation in climate mitigation.

Mechanisms such as REDD and REDD+ have been arrived at through global negotiations where forests can be valued in the carbon trade market on the basis of their carbon sequestration potential. Such a contention has trapped forests, making them readily available for trade not just nationally but across borders. The global climate change negotiations and decisions allow for financial flow into countries which encourage the maintenance of such units of forests.

Forests have been a contested field for many years now, and the site around which immense mobilisation for cultural identity and political recognition has taken place. Issues of loss of access and forest related livelihoods have animated the movements for economic rights. This new turn, fuelled by global climate concerns, to manage forests as carbon stocks as they are the basis of all other environmental services, begs us to investigate knowledge that reduces and abstracts forests into fungible units performing certain secular and universal functions that are prioritised above all else. The description of such forests is underscored by quantitative values and even though place, context and relationships may be mentioned, they seem irrelevant to the science of valuation. The forest in government records is hardly an entity with multiple meanings that are bestowed upon it by our occasions of experience with it. It is without history, ecology or story. Instead, it is transformed into a forest of numbers.

There are innumerable examples to illustrate the effect of regulation based on such forest ‘facts’. A few years ago, the Chairman of the National Hydroelectric Power Corporation (NHPC) was heard making a case for the large dam projects in the Northeastern states of India being awarded carbon credits because it would submerge old growth forests and recreate growing forests that supposedly had a much higher capacity for carbon sequestration. It is not easy to ignore this as bad science because that would merely ‘fix’ the same forest for its role as carbon stock. We need a new   epistemology for environmental governance that rescues forests from the stock vs. sequestration debate, or rather from the discourse of fungible environmental services.

The impulse to create an asset out of forests, hardly new to us, so that it will pay for its own management, conservation and governance is now premised on absurd abstractions. Such ‘rituals’ of commensuration that are at the core of the idea of Green Capital have legitimised the siting of mines, dams and industrial projects in forests. Rather than methods of abstraction that separate forests from their ecological contexts and divest them of their social meanings, we need a form of governance that will allow forests to thrive for the many things they allow us to be.