MASS VACCINATION OF DOGS IS RECOMMENDED AS THE MOST COST-EFFECTIVE, LOGICAL AND ETHICAL APPROACH TO CONTROL RABIES, PARTICULARLY IN RESOURCE-LIMITED COUNTRIES.

Rabies, also known as hydrophobia, is a highly fatal viral disease of mammals with widespread distribution, found on all continents except Antarctica. The causative agent is a neurotropic RNA virus belonging to family Rhabdoviridae, genus Lyssavirus. All mammals are susceptible, and transmission occurs mainly via bites of infected animals. This zoonotic disease is transmitted to humans by bites or licks of rabid animals, mostly dogs. Virus in the rabid animal’s saliva is deposited in the bite wounds. The virus then travels via the peripheral nerves towards the brain where it replicates. After replication, the virus then spreads to the major exit portal, the salivary glands. This is when the animal begins to exhibit the symptoms of rabies. Hydrophobia (fear of water) is a characteristic symptom of rabies in humans, while rabies in dogs is manifested either as a ‘furious’ form (typical mad dog syndrome) or a ‘dumb’ form (predominantly paralytic form). Once the symptoms of rabies develop in an animal or a human being, the patient rarely survives more than a week. Domestic dogs are the main reservoir and vector of human rabies, especially in developing countries. Canine or dog-mediated rabies contributes to more than 99% of all human rabies cases. Half of the global human population, especially in the developing world, lives in canine rabies-endemic areas and is considered at risk of contracting rabies. Rabies is the only communicable disease of humans that is almost always fatal. Though incurable after the onset of clinical signs, human rabies is nearly always preventable. Post-exposure treatment encompasses thorough wound treatment (immediate and vigorous wound cleansing with lots of water and soap), post-exposure vaccine regime, and inoculation of rabies immunoglobulin whenever deemed necessary.

Elimination or control of rabies in dog populations is essential to control and reduce the risk of disease transmission to humans, other domestic animal species, and wildlife. Mass vaccination of dogs is recommended as the most cost-effective, logical and ethical approach to control rabies, particularly in resource-limited countries.

As the principal reservoir and vector of rabies, domestic dogs are responsible for an estimated 20,000 human rabies deaths every year in India, which means one person dies every 30 minutes somewhere in India due to rabies transmitted by dog bite. A majority of these deaths (more than 90%) occur in rural areas. Despite the large number of human deaths, rabies remains a disease of low public health priority and is not a notifiable disease in India. A lack of an organised surveillance system for rabies results in under-reporting, and the actual number of human rabies deaths may be significantly higher than the estimated figure. There is no national program for the control and elimination of rabies in India. 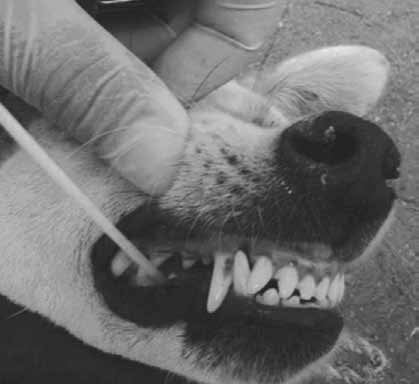 Free-ranging rural dogs interact with local wildlife at multiple levels, and a potential exists for spill-over of diseases from the abundant reservoir host (dogs) to wildlife. Elsewhere, many threatened carnivore species have shown population declines and local extirpations due to introduction of rabies from nearby dog populations. For example, the wiping out of the African wild dog population in the Serengeti-Mara landscape (Tanzania / Kenya) in 1989 and the episodic population declines of Ethiopian wolves in Ethiopia in 1990, 1991-92 and 2003 have been linked to a rabies virus variant which is common in dogs. In India, species like leopards, wolves and golden jackals occur in close proximity to humans in many places, and the transfer of rabies from dogs to these species is a possibility. Such events could have other serious implications: rabies might be the most important factor explaining wolf attacks on humans. Most wolf attacks seem to follow the rabid-wolf pattern-a wolf travelling over large distances, biting many people and domestic animals. Rabies is a prime suspect if such a pattern is reported, as wolves are known to develop an exceptionally severe ‘furious’ phase of rabies, resulting in a ‘biting spree’. 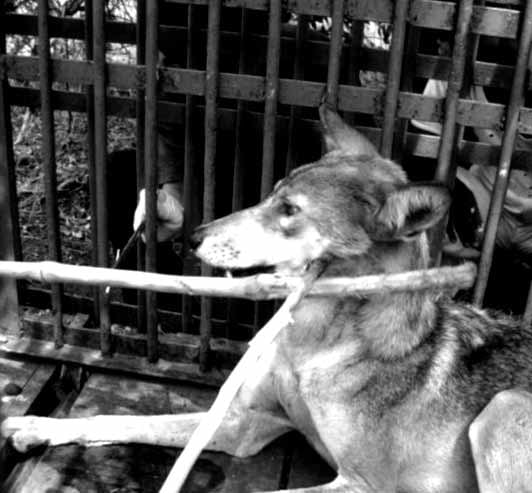 Death due to rabies has been reported in wolf-bite victims who don’t receive appropriate post-exposure treatment, or those with bite wounds inflicted on the head and neck. Such attacks on humans by wolves are highly publicised by the local and regional media, and influence the attitudes of people towards wolves, and consequently towards wildlife policies and conservation.

India has a large dog population, consisting mostly of free-roaming, poorly supervised and unvaccinated animals. As reservoirs for important pathogens of humans and wildlife (eg. rabies, canine distemper virus and canine parvovirus), these dog populations are central concerns for public health and wildlife conservation, especially in rural areas. Yet field data on dog demographics, prevalence of important pathogens, and how diseases influence these populations is lacking. 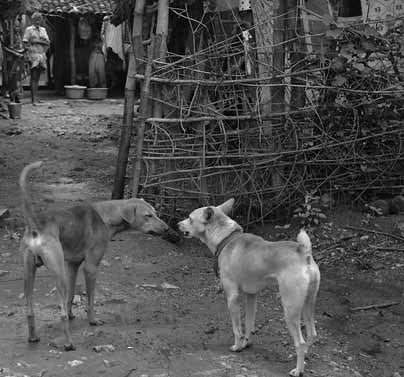 The current project collects this data for multiple dog populations in rural India to fill such voids. Mass vaccination campaigns are conducted for several study populations, while simultaneously monitoring their effects on population growth rates. This information will provide the basis to model impacts of disease control measures, especially mass vaccination of free-ranging dog populations.