Reconciling the relationship between humans and wolves 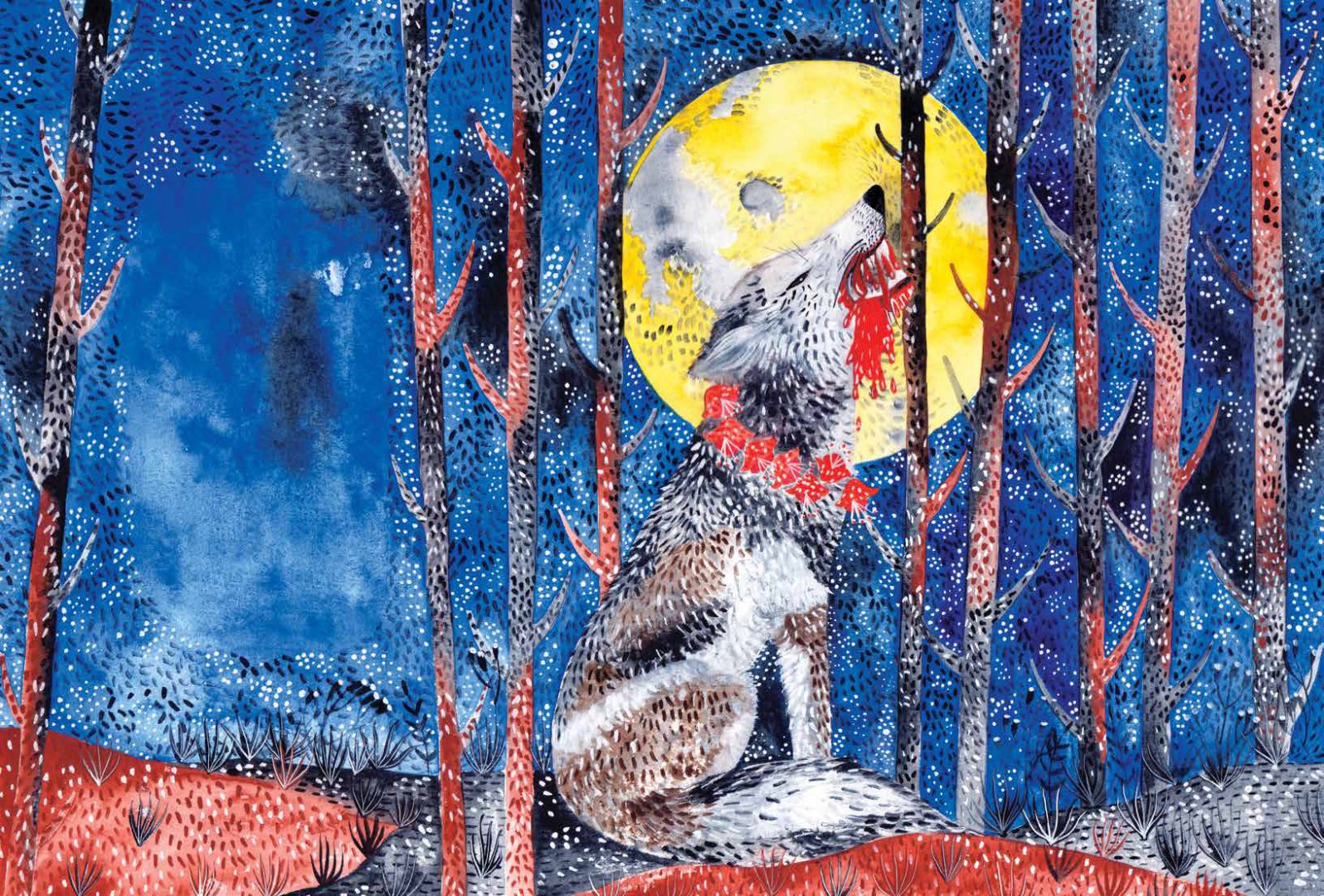 We have an ancient relationship with wolves. This relationship has taken many forms over the centuries, and the myths and tales that we tell about wolves reflect this. In some stories the wolf is a devourer, a demon or a destructor. In others the wolf is a guardian, a nurturer or a guide. Many stories teach us to fear and loathe wolves, but there are also stories which teach us to respect and revere them.

Whether the stories of your childhood rendered the wolf friend or foe, one thing is for sure: the wolf is making a comeback. Today communities in the United States and Western Europe are facing rising wolf populations and struggling to decide whether or not they are willing to welcome these wild, ferocious-looking neighbours.

Historically, humans and wolves have had a turbulent relationship that has cost us both lives and livelihoods. Since 1878, for example, the Indian wolf (Canis lupus pallipes), a subspecies of the gray wolf (Canis lupus), has been responsible for over 1,000 documented human casualties, including hundreds of children. For villagers who live in regions where the Indian wolf roams, the threat of losing a child to a wolf is a very real one. Human lives are not the only ones at risk; domesticated livestock and the human livelihoods attached to them are also threatened by wolves. The predation of livestock by gray wolves is an international issue which impacts the economic survival of ranchers and herders from Russia to the United States.

For wolves, the cost of our relationship has been both life and land. The territory wolves inhabited once covered most of the Northern Hemisphere, and this species is now confined to scattered areas that humans have not yet overtaken.

Though a portion of the historical range of wolves is still accessible to them, they have been intensely hunted by humans for centuries. By the early 1900s, hunting had led to the extirpation, or local extinction, of wolves from most regions of the United States and Western Europe, including the entire United Kingdom.

Destructive outcomes have made our relationship with wolves problematic for both species. Despite widespread persecution, wolves have proved themselves both resourceful and adaptive, and their return to parts of the US and Western Europe demonstrates an ability and willingness to coexist with humans.The question we now have to answer is whether we can coexist with them.

The biggest challenge to wolf conservation is low cultural acceptance among’st politically powerful communities, particularly herdsmen and hunters. The communities most resistant to wolf reintroduction are typically found in areas that wolves have only recently returned to or might inhabit in the near future. These communities lack livestock practices that prevent wolf predation, and lack a clear understanding of how wolves affect other animal populations and the ecosystem overall. These communities have not yet adapted to wolves but they could, especially if provided with economical and educational resources to support the transition.

The ecological role of the wolf

As members of the global food web, both humans and wolves find themselves irrevocably intertwined in an entanglement of connections that we are still only beginning to understand. This food web represents a larger context for the conflict between humans and wolves and both of our roles in the global ecosystem are worth examining if we are to best determine how to guide present and future wolf conservation.

Unlike humans, wolves alter their diets in response to changes in the populations of other species in the food web. Since wolves and other large predators have no natural predators themselves feature Anna Busse (humans are typically not considered a “natural” predator for these species), they are classified as apex predators, which hold a top-level, regulatory role in food webs. By interacting with both herbivores (also known as primary consumers) and smaller predators, apex predators promote a balance of genetic health, competition, and biodiversity throughout the ecosystem.

In Yellowstone National Park (Wyoming, USA), for example, tree saplings of willow and aspen act as producers that are eaten by primary consumers such as elk (Cervus canadensis). These are then hunted by coyotes (Canis latrans), which are midlevel predators (or mesopredators). Wolves are the apex predators residing at the top of this food chain, regulating the populations of both primary consumers (which they hunt) and mesopredators (with which they compete). The dynamic of this food web is influenced by additional species, including plants, rodents, foxes, bears, eagles and countless others. 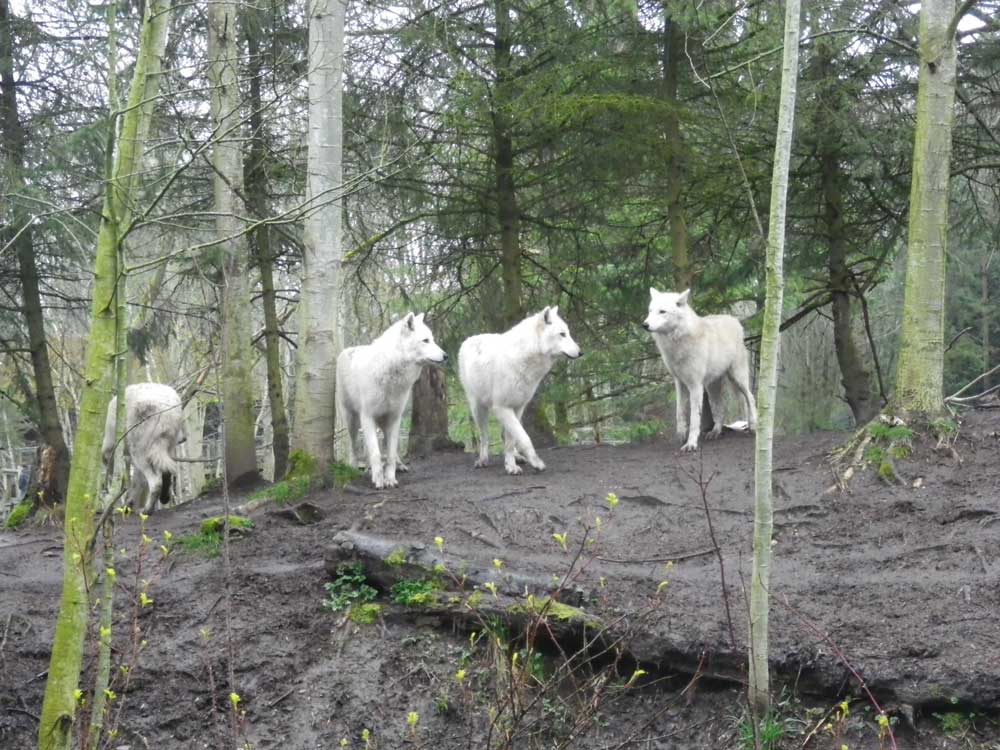 Apex predators impact prey species not only by eating them, but also by altering their consumptive and migratory behaviours by influencing their perception of predation risk—the likelihood of predator-induced mortality. This can lead to reduced foraging behaviour and increased energy usage, which regulates the rate of survival and reproduction among prey species. Predation risk also increases migratory behaviour, thus mitigating the impact of herbivorous species on plant populations by preventing the continued exploitation of a particular plant species or area. In the absence of apex predators, primary consumers create ecosystem imbalances by over-consuming key plant species. In the United Kingdom, where red deer (Cervus elaphus) have proliferated in the absence of wolves and other large predators, overconsumption of saplings has hampered reforestation efforts, leading to reductions in bird density. 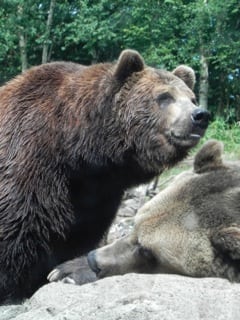 This type of ecosystem influence can extend beyond the wilderness and into human interests. The absence of wolves as apex regulators in the US has led to increased livestock predation by mesopredators such as coyotes which, when compared to wolves, may be responsible for over 26 times the number of sheep fatalities, and 14 times the number of nationally recorded cattle fatalities. The potential for gray wolves to control coyote populations—and, thus, coyote predation on livestock—is a compelling reason on its own to preserve wolf populations, even for herdsmen.

Despite wolf conservation policies upheld by the US and EU, the rise of wolf populations in select regions has been met by strong political resistance which has managed to slow reintroduction efforts, and in some territories (such as the UK) has prevented them entirely.

For example, in the US, wolves have been protected by the Endangered Species Act since 1973, but the return of sizable populations to the Rocky Mountains and Great Lakes region from Canada generated enough political resistance that protection was removed from the these two areas in 2011 and 2012, enabling legal hunting of wolves to take place. Conservationists continually fought both rulings and in 2014 the decision to delist wolves in the Great Lakes region was overturned, providing federal protection for that population once again. The absence of wolves as apex regulators in the US has led to increased livestock predation by mesopredators such as coyotes which, when compared to wolves, may be responsible for over 26 times the number of sheep fatalities, and 14 times the number of nationally recorded cattle fatalities.

Wolves are protected under EU policies as well, prohibiting destruction and damage to populations, though there are many exceptions which allow killings similar to those occurring in the US to take place. Norway and Sweden have been conducting highly controversial wolf cullings since 2005 and 2009 (respectively) despite public resistance, frequent suspensions and questionably-low wolf populations in both countries.

The competitive relationship between wolves and humans will always have the potential for conflict and overcoming the human instinct to hunt wolves will not be easy. Because of this, the conservation of wolves faces many obstacles, but also provides numerous opportunities. As we work to conserve the wolf and its habitat, we can also work to mitigate the relationship between wolves and the humans they come into direct conflict with. Herdsmen can be supported through the employment of range riders who patrol around herds and discourage wolf attacks. Additional means of livestock protection can be implemented such as predator-proof fencing, herding and livestock protection dogs, and the removal of livestock carcasses which provide an invitation and an easy meal for predators. Hunters can be engaged with and educated about the importance of conserving wolf populations. In all of these communities, individuals who believe in the conservation of wolves can be empowered to transform the perspectives around them. 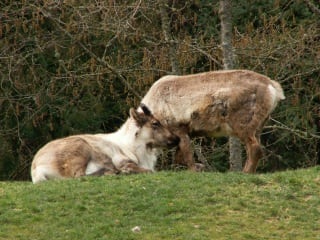 Wolves and other apex predators, despite their competitive relationship with humans, act as vital regulators for our global ecosystem. They help maintain healthy population sizes of various species, encourage the continual movement, genetic and overall fitness of prey populations, and selfregulate their own population in response to environmental conditions. As the impacts of human development have placed our global ecosystems in a precarious position, it would be wise for us to conserve these regulators rather than eliminate them and put further strain on ecosystems already under stress. By utilizing more mindful human practices and educating ourselves on the value of wolf conservation, we can overcome the limitations of our relationship with wolves and can begin to write a new chapter in the mythology of the wolf.