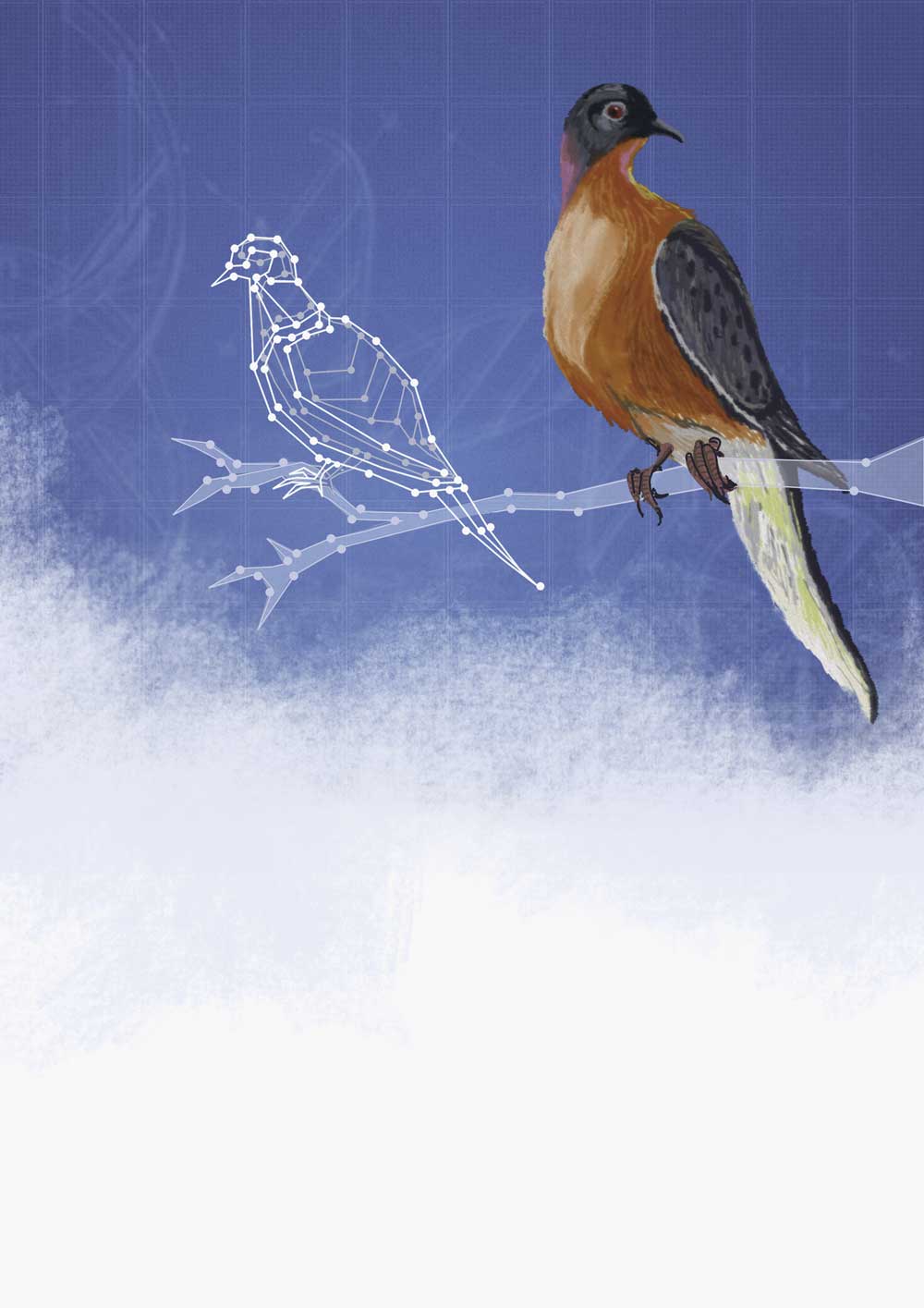 What do the passenger pigeon, the Spanish Ibex and the woolly mammoth have in common? Although officially extinct, they are all now challenging the meaning of the word because, in each case, scientists are working on bringing them back to life. The groups working on the projects are confident that mammoths will graze Siberia again and passenger pigeons will fly over the skies of New York. The genomes i.e. the full DNA code, of the mammoth and passenger pigeon have been sequenced, bringing both species a step closer to what is being labelled de-extinction. But with the project comes controversy. Not everyone in the science community sees de-extinction as a good idea. For some, the fact that technology has evolved to the point where cells can be cloned or engineered to bring back an extinct animal does not mean it should be done. Power should be demonstrated by restraint and not by crossing lines, they say. Others, while agreeing that de-extinction is about power, believe that it is acceptable. After all, humans are driving species to extinction by exerting dominance in very destructive ways. De-extinction is about using that power constructively.
One thing is clear: recent advances in biotechnology are making things possible that may have seemed inconceivable just a few years ago. While these advances may be inevitable, their consequences have to be considered. Conservationists and ecologists have debated a range of both practical as well as moral and ethical issues surrounding de-extinction. One of the key tools for de-extinction is cloning, using preserved DNA from an extinct animal. The process starts with isolating the nucleus of a viable cell from the extinct animal.This nucleus is then placed into an egg from a closely related species, previously emptied of its own nucleus. The egg is then chemically or electrically stimulated in order for the cell to begin dividing. Once the division has happened, the egg is placed into the uterus of a surrogate mother. If the pregnancy is successful, the mother will give birth to a de-extinct animal. This poses numerous practical problems. Cloning requires the use of a surrogate mother to accommodate the foetus during pregnancy. Even though the surrogate mother would be from a genetically similar species, there could nevertheless be complications during pregnancy and afterwards.

In 2003, a group of scientists in Spain succeeded in cloning the Pyrenean ibex, also known as bucardo. The last bucardo, a female named Celia, disappeared in 2000. A sample of her cells had been stored in laboratories in Madrid and Zaragoza. Reproductive physiologists injected nuclei from those cells into goat cells emptied of their DNA and then implanted those into surrogate mothers. There were 57 implantations but only seven resulted in pregnancies. Of those, six ended in miscarriages. Only one mother, a hybrid of goat and ibex, carried a clone of Celia. The group performed a caesarean section on the mother and the first de-extinct Pyrenean ibex was born. But it died less than ten minutes later due to congenital lung problems.

Further experimentation in this field means that many animals will share the fate of the bucardo, being born only to die within minutes, which raises the first ethical question. Animal rights activists would argue that the deaths and suffering of the animals are not justified. However, ecologists point out many more issues. Cloning a single animal does not equate to de-extinction. Entire populations have to be created and rehabilitated in the wild, which could be even more challenging than the biotechnology involved. For example, the Long Now Foundation in California is working at the laboratory level to bring back the passenger pigeon. However, there is the need to create a population of animals large enough to live in the wild. The passenger pigeon used to be very social, flying in flocks of millions of birds. Information from the 19th century confirms the flocks were so big they even darkened the skies. Ben Novak, lead researcher for the passenger pigeon project at the Long Now Foundation, believes 10,000 would be the minimum number to be reintroduced. Different questions arise: would it be possible to create so many animals through de-extinction? Or even, how would people react to a massive flock of birds flying over their heads covering the streets with droppings? Of course, this may only be answered if the passenger pigeon is ever brought back to life.

The effects of these de-extinct reintroductions on humans is difficult to quantify. Would they become attractions? Surely the return of the mammoth would bring curious visitors to Siberia, willing to behold the majesty of the animal. That these animals might become the centre of attention for tourists is significant, but that is both a risk and an opportunity. It might not differ much from current forms of wildlife and ecotourism and these animals might become flagships to save endangered habitats. But how would they adapt to these habitats? Stuart Pimm, Doris Duke Chair of Conservation Ecology at Duke University, expressed his concern on this issue in an article for National Geographic magazine. The habitats these animals used to live in surely have changed and the de-extinct species might not be able to adapt to them.

Some conservationists argue that bringing back extinct animals could lessen concern about threatened species. If we can bring them back once they are extinct, there is no perhaps a less pressing need to take care of them when they are alive. Cost is another argument against de-extinction for many scientists. Funding is a major constraint in conservation programmes, and de-extinction diverts money that could be used for these conservation programmes. But others say that all the funding of de-extinction laboratories comes strictly from private funds. As long as the project stays within the laboratory walls, there is no direct competition with conservation. The arguments against de-extinction also argue that these de-extinct animals could become invasive species in a habitat different from the one they used to live in. The species may also become vectors for illnesses that could be transmitted to other animals or humans.The pathogens in the environment are constantly changing and an animal whose genotype is based on a species that lived years ago may not be prepared to survive to modern diseases. 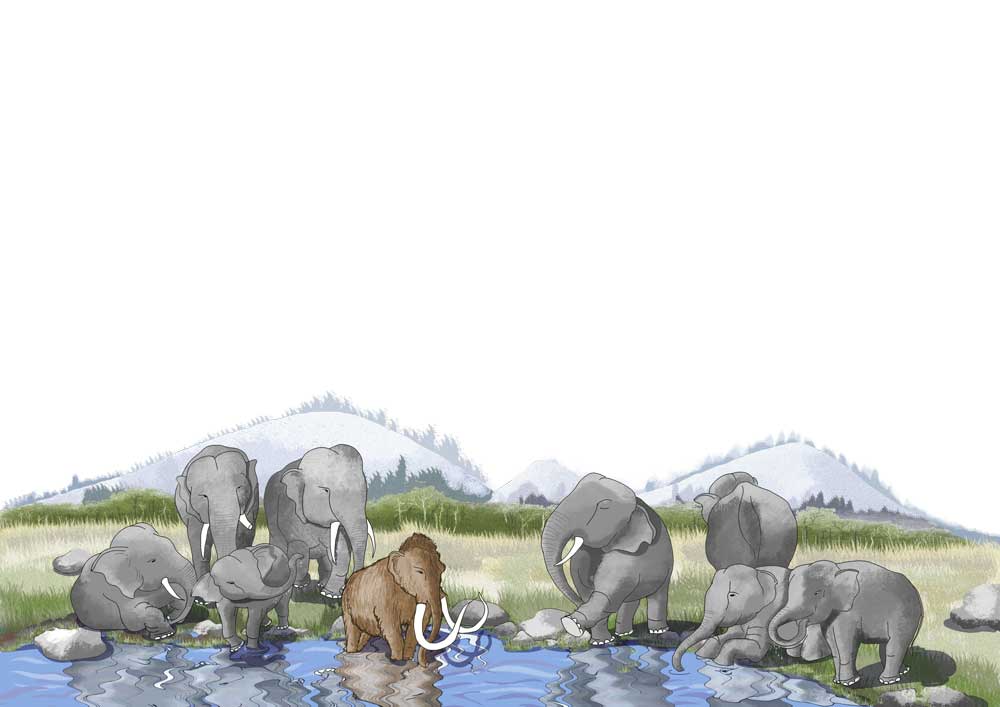 On the other hand, engineering animals could bring solutions to other endangered animals that need genetic diversity. In the case of the passenger pigeon and the mammoth, it could also restore ecosystems that were modified by these animals. Since de-extinction has not been attempted, the risks are hard to quantify. However, closely one examines similar scenarios, it is still a roll of the dice. The Long Now Foundation is optimistic and thinks the first passenger pigeon will be born in 2022. Then the meaning of the word ‘extinct’ really would be changed forever.

Alba Charles, a graduate from Cardiff University, is a freelance environmental journalist, albamcharles@gmail.com.