Some perspectives on knowledge going beyond dichotomies

Once viewed as an inferior form of knowledge, with little potential to contribute to development, traditional and indigenous forms of knowledge are finding increasing mention in the development discourse. This turnaround has been partly due to the failure of large-scale, state-sponsored development agendas, and the search for solutions that are more grounded in place, time and context. In this respect, the knowledge and practices of indigenous communities, minority groups and marginalised peoples are being promoted as solutions that are practical, sustainable and alternative to what have been commonly considered as scientific solutions and technological fixes derived from Western science. Local practices, lifestyles and governance systems of communities who use the commons and common property resources are often labeled as falling in the traditional realm of knowledge. Pastoral governance systems that regulate stocking and migration, local agricultural practices, communal water management, and the rituals and seasonal taboos of communities that practice hunting are examples.

Science (from Latin scientia, meaning “knowledge”) is [defined as as] a systematic enterprise that builds and organizes knowledge in the form of testable explanations and predictions about the universe[1]. An older and closely related meaning still in use today is that found for example in Aristotle, whereby “science” refers to the body of reliable knowledge itself, of the type that can be logically and rationally explained (see “History and philosophy” section below).(1) 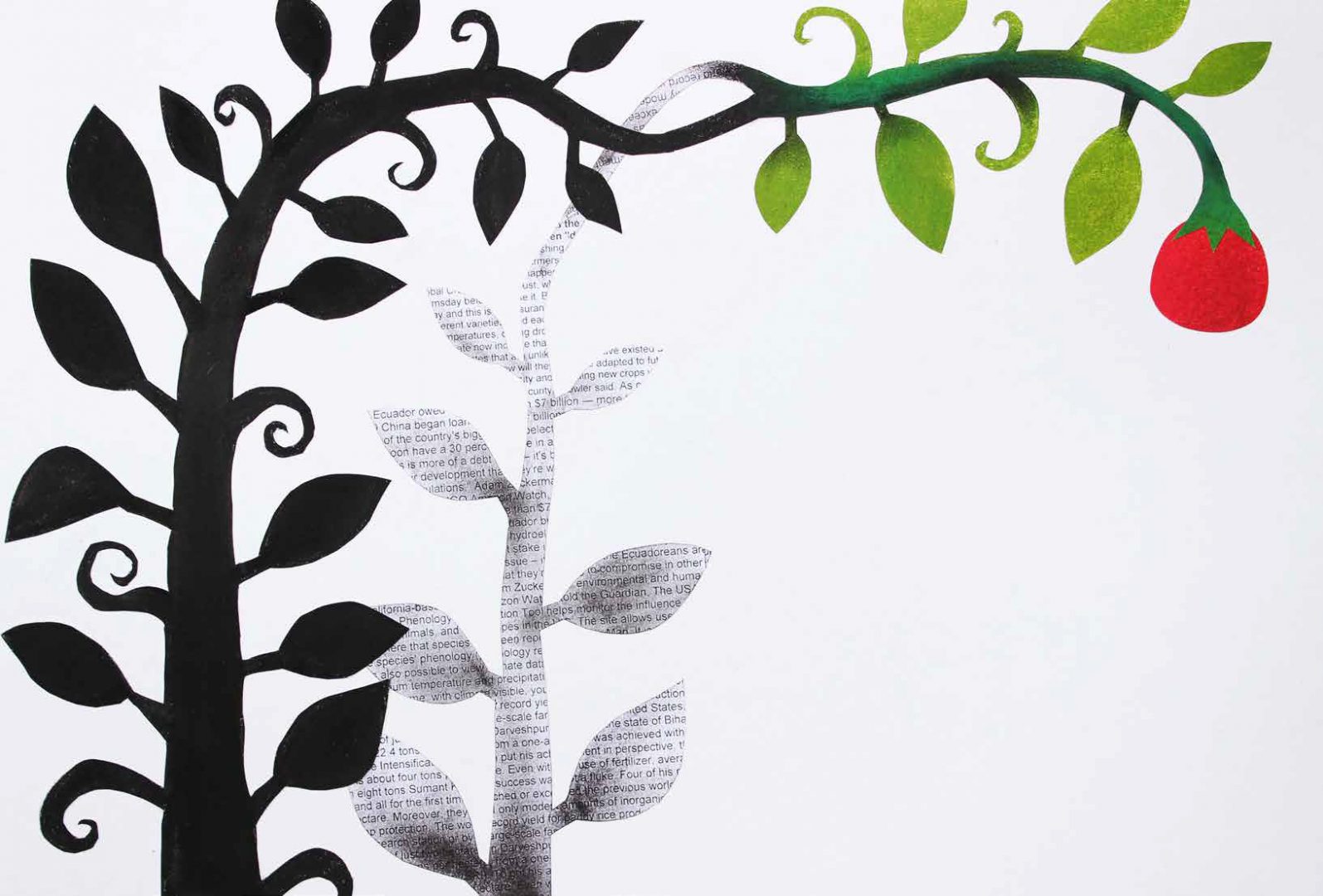 The above two descriptions are very different with emphasis on dissimilar keywords. Words and phrases such as testable explanations, prediction, reliability, logic and rationality, which characterise the description of science are absent from traditional knowledge which includes tradition, wisdom, stories, legends, folklore, etc. The divide between science and traditional knowledge is not the only dichotomy in popular perception. Many others can be listed. For example, Western science vs that of Oriental civilisations, modern vs traditional, primitive vs civilised, and numerous others. In the current scheme of things, all or most of our views and assumptions also tend to place modern science as a largely Western contribution.

In popular perceptions and scholarly discourses on the differences between indigenous/ traditional and Western/ scientific knowledge, the attempt has been made to understand if there are at all clear cut differences. For example, in ‘The Savage Mind’, Claude Levi-Strauss attempted a comparison of two modes of thought towards gaining knowledge. Using the comparison of the bricoleur and the engineer, he outlined two stages of development of thought. The first—mythical thought —alludes to activities carried out by a handy-man who works with his hands, carries out a variety of odd-jobs, improvises to make do with what is available without recourse to concepts. The engineer on the other hand is presented as a person dealing with concepts and structure. Though these metaphors are used to characterise ‘primitive’ and ‘modern’ societies, Levi-Strauss did not intend one to be superior to the other, and the notion is a good one to explain the dichotomy between a ‘savage mind’ and a ‘scientific mind’. More recently, looking at traditional ecologial knowledge (TEK), Fikret Berkes lists some substantial ways in which TEK differs from scientific ecological knowledge. According to him, TEK is mainly qualitative (as opposed to quantitative), has an intuitive component (as opposed to being purely rational), holistic (as opposed to reductionist), mind and matter are considered together (as opposed to a separation of mind and matter), moral (as opposed to supposedly value-free), spiritual (as opposed to mechanistic), based on empirical observations and accumulation of facts by trial-and-error (as opposed to experimentation and systematic, deliberate accumulation of fact), based on data generated by resource users themselves (as opposed to that by a specialised cadre of researchers), based on diachronic data, i.e., long time-series on information on one locality (as opposed to synchronic data, i.e., short time-series over a large area).

However, despite extensive attempts, these differences (and similarities) remain difficult to pinpoint along multiple dimensions or along a finite set of measurements. Berkes himself cautions the reader to be aware of the exceptions to the generalisations. These and other investigations that have been carried out try to characterise the dichotomy based on three broad categories: substantive, methodological, and contextual. Substantive differences allude to differences in the subject matter that is dealt with. Western knowledge and modern science are assumed to deal more with abstract ideas, general explanations and philosophies, whereas traditional systems presumably deal with the day to day business of living. However, a closer look reveals that this type of distinction is difficult to substantiate as there are hardly any aspects of daily life in the West which are devoid of applications of general principles and abstract science. Similarly, one can think of any number of traditional systems which go beyond devising solutions to everyday problems.

At a more fundamental level, humans regardless of which part of the world they live in are intrinsically the same and are surely capable of abstract and logical thought. The argument that these systems employ different methods of understanding also doesn’t hold water when we examine this along generic lines. The methodological characterisation of science as experimentation and observation (considered to be a hallmark of modern science) can be extended to include the practices of local communities which involve continual trial and error, observation of outcomes, and ultimately modification, adaptation and change. The argument that traditional knowledge is more rooted in context is often juxtaposed with the universal applicability of technological solutions put forward by modern science.

However, if we look at the variety of technologically oriented solutions that have failed, we realise that these too are embedded in a social and political context in which they work. Characterisations along a number of other angles have also been attempted. Notable among these is the insistence from some quarters that practices stemming from traditional knowledge are always environmentally sustainable. However, there are also a large number of instances where modern science has dealt admirably with contemporary environmental challenges. Another bone of contention has been regarding the value and respect that practitioners accord their own knowledge. While it is assumed that scientists and researchers proudly take advantage of their position in their communities, local practitioners are embarrassed by their knowledge and consider it lacking. Sociological studies however reveal otherwise: that a range of attitudes, positive, negative and neutral and expressed by both sides. To summarise, for every example of characterisation of traditional knowledge using a particular variable or dimension, there seems to be many counterexamples from modern science and vice versa.

Again, there is the additional question of culture, blurred boundaries and shared histories as science is not a culturally disembodied form of knowledge. Western science and traditional systems have not developed in vacuums or in contexts exclusive of each other. Interactions spanning a few centuries have been recorded among many cultures of the Americas, Asia and Europe. These interactions ranging from intermittent to frequent contact, communication and exchange also make it difficult to attribute separate evolutionary pathways for different types of knowledge. For instance, Archimedes, often held up as a shining example of Western science and invention is believed to have been influenced by the knowledge systems of Egypt and Asia. Hortus Malabaricus, the seventeenth century treatise on medicinal plants of the Malabar Coast, which took Europe by storm is considered to be a collaboration of sorts (albeit an unequal one) between local physicians and the Dutch colonial authorities. Similarly, examples of exchange and influence between and within the West and the East abound in the fields of art, sculpture and engineering in which one, or both benefited, abound in history.

Critics caution that creating such a divide, i.e., separating traditional knowledge from modern science, could itself be problematic. The focus on traditional knowledge has been well intentioned and has without doubt brought some of these issues into the international development arena. However, by creating such a dichotomy, we are acknowledging that the two are indeed different, regardless of the limited evidence in support of this division. It could be argued that such a demarcation could reinforce the tendency to place modern science on a pedestal and undermine the knowledge of indigenous, poor and marginalised communitues. In other words, by insisting on treating them as different, we are only reinforcing hierarchies and abetting compartmentalisation. Critics also point out that ex-situ measures which are often the only solutions adopted to preserve these forms of knowledge are not the most effective ways of empowering the knowledge givers, rather they seem to be the most convenient solutions. The preservation of traditional knowledge in centralised facilities and clearing houses without the context, dynamism or milieu in which it is developed is likely to promote obsolescence and museumisation. Archiving without appropriate safeguards is also likely to resurrect barriers for those without the power to access such knowledge and bring it under the control of elites. Most critically, such scenarios warrant the adoption of effective in-situ strategies that interlink the interests of the knowledge givers in terms of power, control and autonomy. This would entail a much greater degree of political engagement – working at various levels to facilitate self-determination for marginalised local communities and developing policies that safeguard their rights and roles in the development process.

The intent here is not to add to the already voluminous literature on these issues or to polarise the debate further. Rather, this article is a call for introspection about the perceived dichotomies between traditional knowledge and western ‘science’ and the enormous power differentials that are a consequence of these dichotomies. It is also a call to recognise the complexities surrounding them and to move beyond these worldviews to devise a more inclusive paradigm of knowledge.

This learning process which would bring together communities with multiple viewpoints would be beneficial from the perspective of a ‘symmetry of ignorance’ and an opportunity for creativity. The learning generated during such processes could be employed to develop the possibilities associated with different knowledges, to strengthen the position of indigenous peoples and local communities and to facilitate appropriate shifts in power. The differentials in power are even more exacerbated when we look at communities who are sustained by marginal spaces such as the commons and common property resources. Historically, it has been the marginalised and the poor which has been most dependent on such areas. In countries such as India, the situation is further complicated by factors such as colonialism as well as enclosure by the post-independence state, and these hierarchies are even more drastic. The revival of their knowledge systems need to be accompanied by political engagement and empowerment.

This article is drawn from the following sources:

Agrawal A. 1995. Dismantling the divide between indigenous and scientific knowledge. Development and Change 26:413-439.

Meera Anna Oommen is at the Dakshin Foundation, Bangalore and the University of Technology, Sydney, meera.anna@gmail.com

An earlier version of this article was published in Common Voices. The original version can be accessed at http://fes.org.in/common-voices-7.pdf