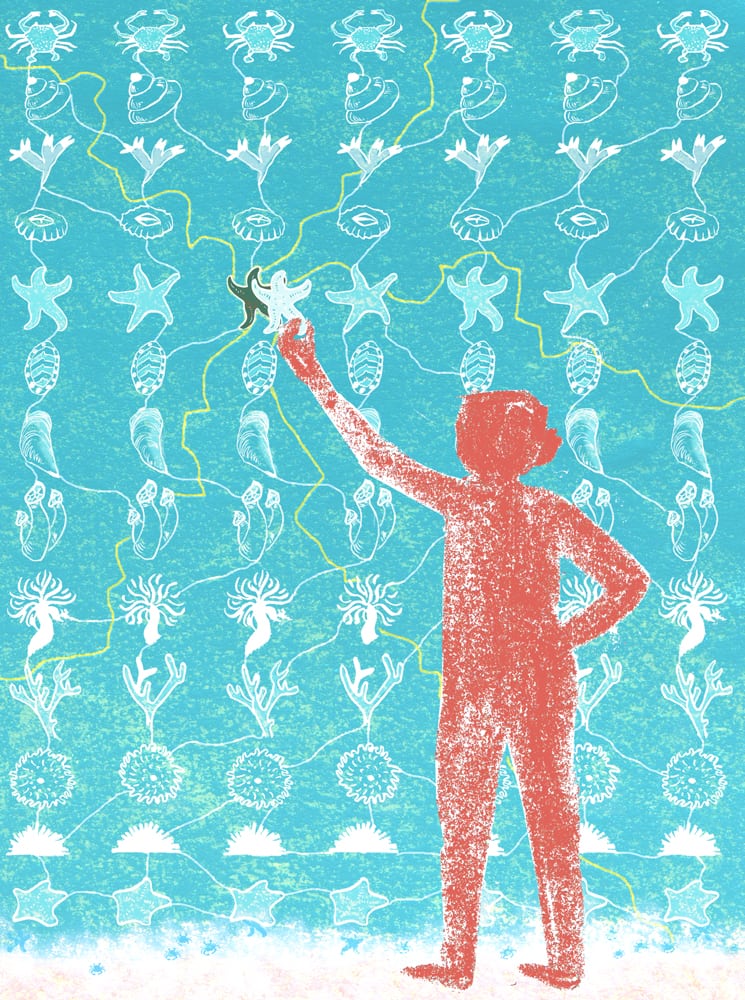 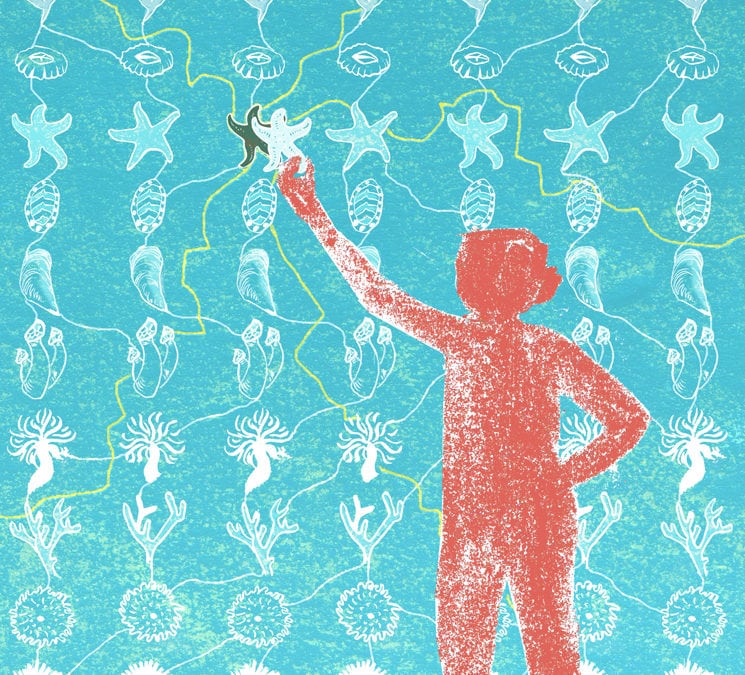 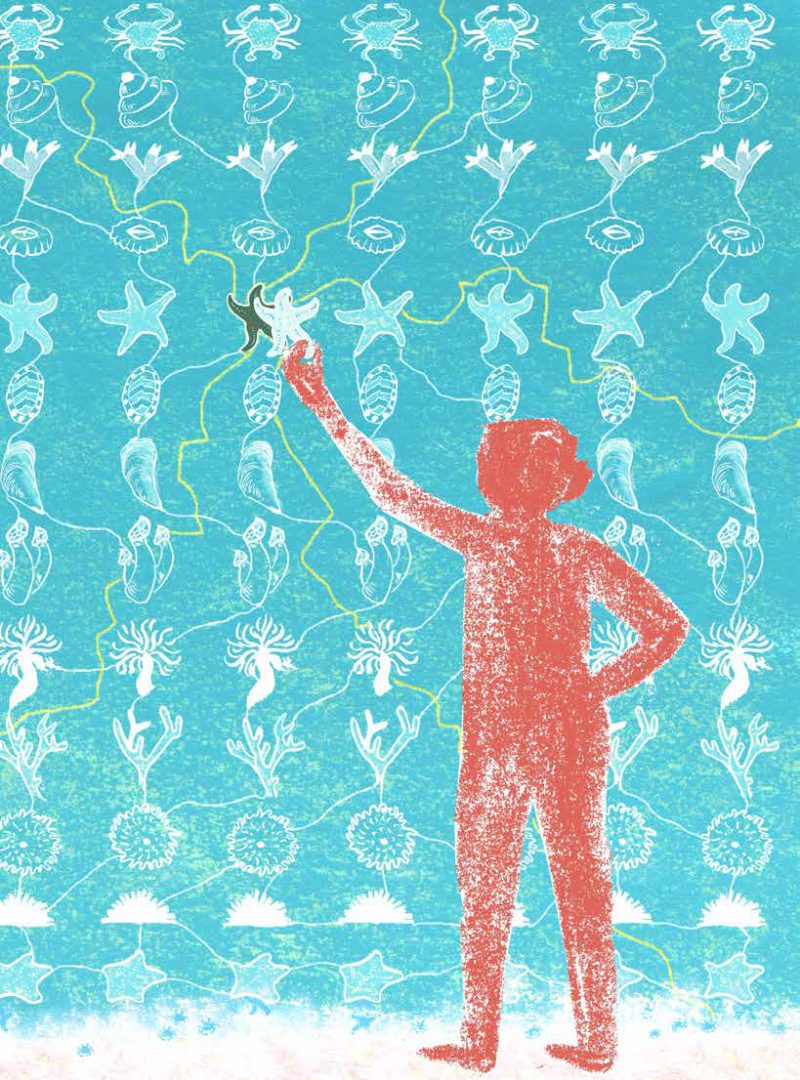 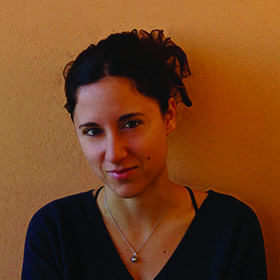 A first step in our understanding of how complex ecological systems might respond to environmental change is to know all the possible ecological links among constituent species. Research in this context, so far, has been partial to feeding interactions and paid less attention to non-trophic ones. In a first-of-its-kind study published recently in Ecology, Sonia Kefi and colleagues describe a comprehensive ecological network including all known trophic and non-trophic interactions among 100 species living in the marine intertidal areas of the Chilean coast. Hari Sridhar spoke to Sonia Kefi about the origins this study, its main findings, and its implications for our understanding of the resilience of complex systems.

Hari Sridhar: In your paper, you say that most of the work on ecological networks so far has focussed on one single interaction at a time, i.e. food, mutualistic interactions like plant-pollinators and plant dispersers, and host-parasite interactions. You make the point that non-trophic interactions, especially positive ones, haven’t received as much attention in network approaches to understanding ecological communities. Why do you think this is the case? Is it because of the difficulty of identifying them in the field or have there been analytical challenges?

HS: Is this study a first of its kind – a unipartite network which includes trophic and, positive and negative, non-trophic interactions? Are there any other examples of that?

SK: Very recently, a paper from Sander, Wootton and Allesina used a similar dataset from Tatoosh Island, although this network seems to have fewer non-trophic interactions. The other work that is along the same lines is the paper from Michael Pocock (Jane Memmott’s group), published in Science in 2012. It’s based on a different approach merging several bipartite networks (plantpollinator, plant- disperser, host-parasite, plantherbivore and so on). For a unipartite network, I think that the Chilean web is quite unique for now, but such data sets are probably going to become more frequent in ecology

HS: And what made this possible for you is the availability of this huge dataset from Chile, right?

SK: Yes, intertidal communities have been studied very well from the point of view of non-trophic interactions for decades, and also in an experimental way.

HS:You mean this particular intertidal community or in general?

SK: There is a long tradition of natural history and manipulative experiments in intertidal communities in general. Sergio Navarrete and Evie Wieters have done immense work in that area, but many others as well such as the teams of Robert Paine, Mark Bertness or Bruce Menge for example. I am not sure about why this tradition is there in intertidal communities. Maybe because some non-trophic interactions are particularly obvious there – e.g. refuge provisioning, competition for space, recruitment facilitation. This is why those communities are such a great opportunity to incorporate all that knowledge in a network context along with trophic interactions.

HS: I would like to talk a little more on how this collaboration came about – between you and the team in Chile. Can you tell us about the history of this project?

SK: My PhD focussed on drylands – I was working on models of vegetation dynamics. The idea was to investigate how catastrophic shifts emerge in these ecosystems. Toward the end of my PhD, it seemed natural to wonder what would happen if plants were not treated as one whole component (as classically done in models of dryland vegetation dynamics) but instead as individual species with different characteristics. The question is then how taking this plant diversity into account affects the ecosystem dynamics, its resilience and the behaviour of the indicators. This was how I started thinking about food webs and networks and how I became familiar with the body of ecological theory looking at species diversity and coexistence. I applied for a postdoc with Ulrich Brose in Germany who is a specialist of food web dynamics. My postdoc project was about studying resilience of complex ecological networks with different interactions types between species. I realised quickly that I had no idea where to introduce non-trophic links in such complex networks. The possibilities were immense. I had no idea even how frequent those interactions were. Around that time, Eric Berlow and Carol Blanchette organized a workshop in California with Sergio Navarrete, Evie Wieters, Bruce Menge, Lucas Joppa, Spencer Wood and others. I went to that workshop and that’s where the idea of building the Chilean web came up.

HS: Over what period of time was the data that went into the paper collected?

SK: They did not collect field data specifically for that paper but they used their own expert knowledge of years of observation and experimentation along the central coast of Chile. They also dug into the rich literature about these communities to compile the data set. Sergio and Evie started working on the data set at the workshop in 2009, and I think that we had a first version of the ecological network in 2010.

HS: How long did it take from idea to publication? When did the workshop happen?

HS: Did the authors meet as a group often?

SK: The first meeting was at the workshop in Yosemite in 2009. After that, from 2011, I have been going to Chile once a year to meet with Sergio, Evie and Eric. But, basically, most of our discussions were over email.

HS: Can you give us a simple step-by-step breakup of the process of going from data in the field to the final published network?

SK: Before even thinking of the data, there was enormous discussion about what type of information we needed in what format. There was then discussions with experts, going through the literature and gathering everything that’s known about every pairwise interaction of species in the dataset. There was a lot of work in making the dataset “clean” categorising every interaction as “certain” or “uncertain”. For example, maybe we found only one paper on a particular pairwise interaction which means that there is a question mark over that particular pair. Then, once the dataset was ready, there was the question of the analyses. We decided to focus on three ‘layers’ – the trophic interactions on the one hand, the non-trophic interactions on the other hand, and within non-trophic interactions whether the interactions were positive or negative. So, we split the network into three networks that we thought were most relevant for the analysis and later for incorporation into ecological theory. When we started doing statistics on the network, we went back to the field experts, to get a feel of whether the patterns emerging made sense, whether they corresponded to their intuition based on field experience. Little by little, we identified some mistakes – species that were misidentified or interactions that were mislabelled – and corrected them.

HS: What are the main take-homes from this study?

SK: It was surprising that all those nontrophic interactions were a lot more frequent than we had assumed. In the Chilean web, there are actually two times more non-trophic than trophic interactions. Moreover, they are structured – their structure is not random relative to the trophic interactions. So, we need to start investigating whether they matter for community dynamics and resilience and how. Can we identify key interactions and key structures in these networks that matter for the functioning of ecological systems? Collecting this kind of information is very time consuming, so the message is not that we should all start collecting all those different types of interactions everywhere, but rather that we should start investigating the possible consequences of the presence of this variety of interactions and their interplay. Mathematical models might help addressing those questions, especially now that some data sets start being available that can help constrain the structure of the modelled interactions networks.

HS: You say that modularity and nestedness are important characteristics of a network from the point of view of stability. Can you tell us why?

SK: There has been quite a lot of work on mutualistic networks that have shown that certain types of structures, like nestedness – for example, that more specialist pollinators tend to pollinate a subset of plant species pollinated by generalists – stabilize mutualistic networks, i.e. it makes them less vulnerable to breakdown when species are lost. For antagonistic networks, especially food webs, researchers have shown that a modular structure, where you have groups of species that are more connected with each other than with the rest of the web – is very stabilizing. The idea is that perturbations tend to remain within the modules or compartments. That’s why in our network we wanted to know whether we observe such structures, especially whether the trophic network is more modular than expected and whether the facilitative network is more nested than expected. We found some evidence of both modularity and nestedness in the Chilean web.

HS: In general, what would you say are the implications of this study for our understanding of how complex systems respond to external changes?

HS: Stepping away from this piece of work, I find a common theme underlies all the different research projects you lead – trying to understand how resilient ecological systems are to change. Is that coincidental or a conscious choice?

SK: Ecological resilience was my initial interest and probably one of the reasons why I went to ecology, particularly theoretical ecology. As a student, I was fascinated by work on the non-linear behaviour of ecosystems. I really liked mathematics and I thought that theoretical ecology would be such a nice combination of interesting mathematical questions with possible concrete applications. My original interest was trying to understand emergent phenomena and responses of complex systems to perturbations – what determines the ability of a system to absorb a perturbation and to come back to an initial state or not.

HS:Can you tell us how you got into ecology – are you a mathematician by training?

SK: No. There is this undergraduate option in France in which I had one-third biology, one-third physics and one-third maths for two years (so-called ‘classes préparatoires’). I then passed a national exam and went into an engineering school – Agro Paris Tech – where you basically pick what you want to study (in the broad field of engineering and life sciences). It’s more oriented toward life sciences but with a lot of math and computer science. In the last year of that school, I did a master in ecology at Ecole Normale Supérieure, Paris.

HS: At the undergrad. level did you already know you wanted to do ecology?

SK: When I finished high school I really wanted to do maths but I had a hard time projecting what I would do for a job if I studied pure maths. I wanted to work on questions that might have an application not too far off into the future. This is how I discovered theoretical ecology, and I thought this is what I want to do – use maths to model ecosystems.

HS: You say that you were interested in maths but wanted to do something that had an application. Is conservation and management of natural resources always at the back of your mind when you choose your research projects?

SK: There is a double motivation. I am very interested in the fundamental understanding of these complex systems. My belief is that if we understand those mechanisms well enough, we have a chance of creating tools that might be useful for their management. The degradation indicators I am now working on have to be further developed before that can be used for management – we are still at an early stage, trying to figure out in which cases they are expected to work and how robust they are. My hope is that whenever we are more confident about the degradation indicators, they can be picked up by managers and be actually used in the field. This is one of the objectives of the European project CASCADE, which I am part of.

Hari Sridhar is a postdoctoral fellow at Indian Institute of Science, Bangalore, harisridhar1982@gmail.com.