The Ghost Moth and Death of an Ecosystem 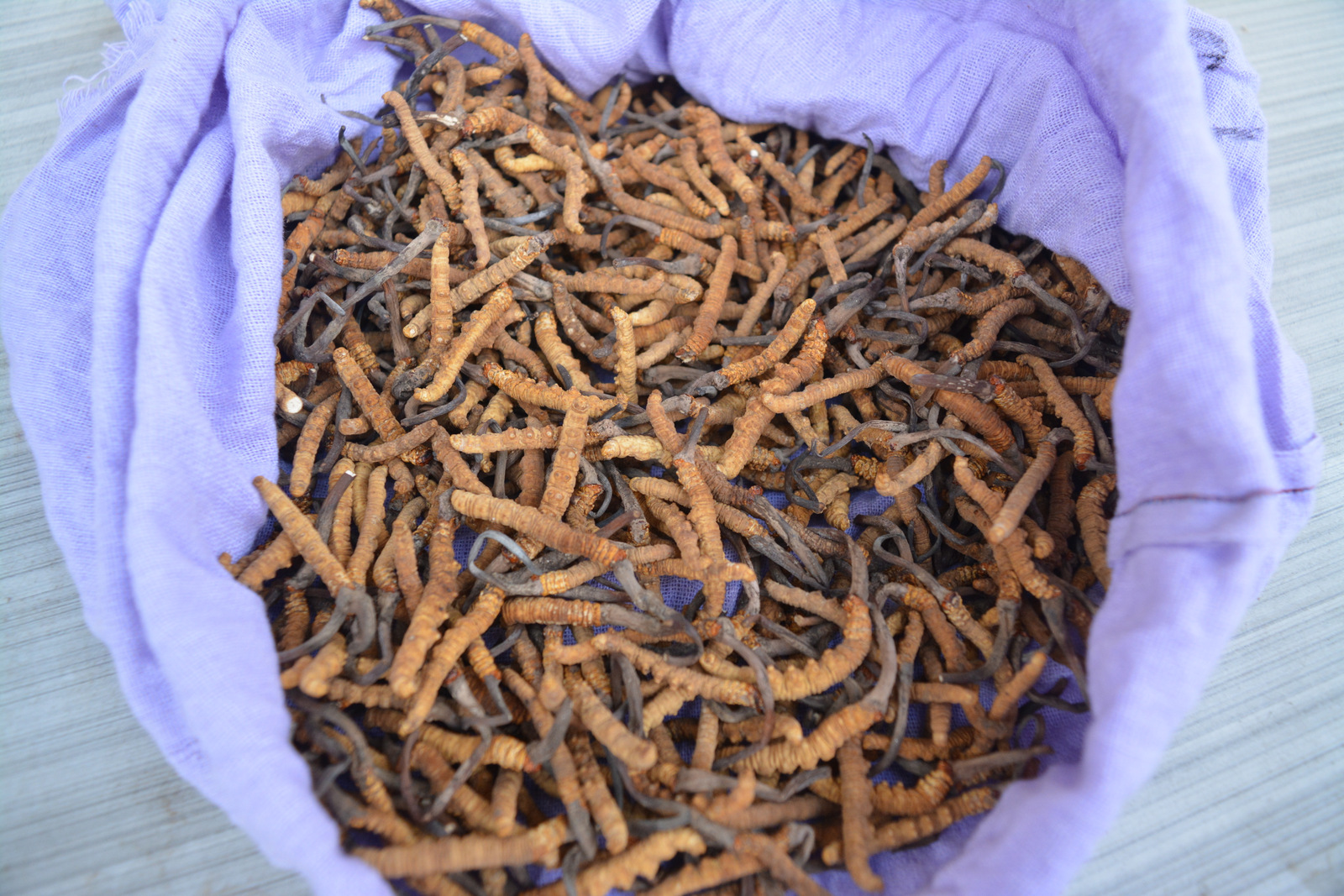 Used for centuries in traditional Tibetan and Chinese medicine, caterpillar fungus (Ophiocordyceps sinensis) is a fungal parasite of ghost moth larvae (caterpillars). Locally known by a variety of names such as Kira Jari (India), Yartsagunbu (Tibet), Yarso Gumbub (Bhutan), Dong Chong Xia Cao (China) and Yarsagumba (Nepal), it is endemic to the Tibetan Plateau including the adjoining high Himalaya (between 3,200 to 4,500 metres above sea level). In the western Himalaya, the species has been documented in the alpine meadows of the Nanda Devi Biosphere Reserve and Askot Wildlife Sanctuary of Uttarakhand. Caterpillar fungus is used in traditional medicine as a tonic, as an aphrodisiac– it is widely known as ‘Himalayan Viagra’ – as well as for lung, liver, and kidney problems. Global trade of caterpillar fungus rose rapidly after the 1993 World Athletic Championships in Stuttgart, Germany, when Chinese athletes reportedly training on dietary supplements of caterpillar fungus and turtle blood set multiple records in distance running. Demand continues to increase in Asia’s fast-growing urban centres, as well as in the West. 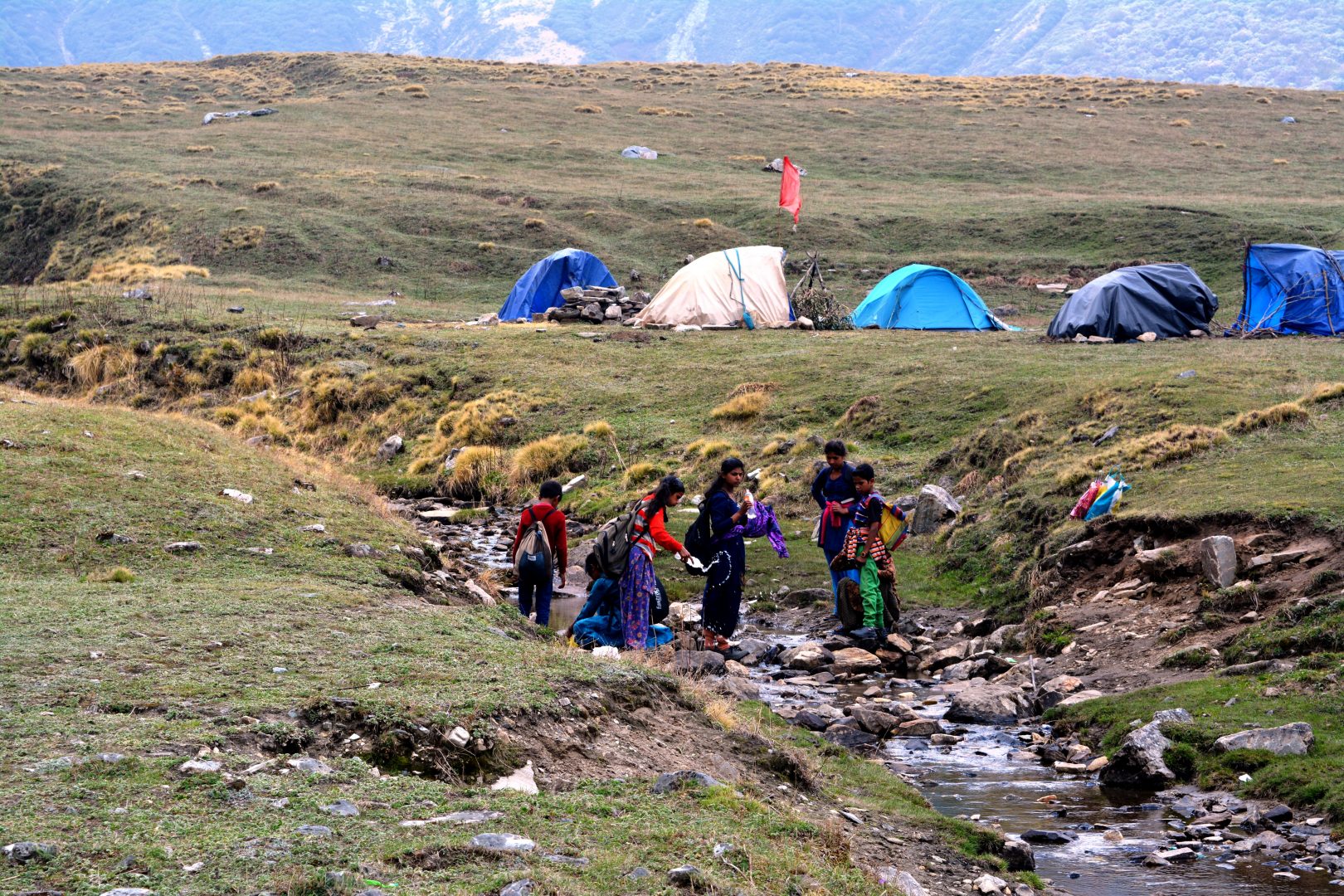 The villagers who harvest caterpillar fungus in the extremely remote Nanda Devi Biosphere Reserve and Askot landscape belong to economically marginal communities that have historically been home to shepherds, porters, and traders. The caterpillar fungus ‘gold rush’ has empowered rural villagers and caused a far-reaching revolution in social and economic conditions in the last 15–18 years. Harvesters no longer have to rely completely on agriculture, which is subject to the vagaries of rainfall and wildlife depredation. In India, a single caterpillar fungus sells for about USD 4 – 7, depending on the health and size of the species; approximately 2,500-3,000 specimens comprise a kilogram, which traders can sell to brokers for USD 12,000 to 18,000. 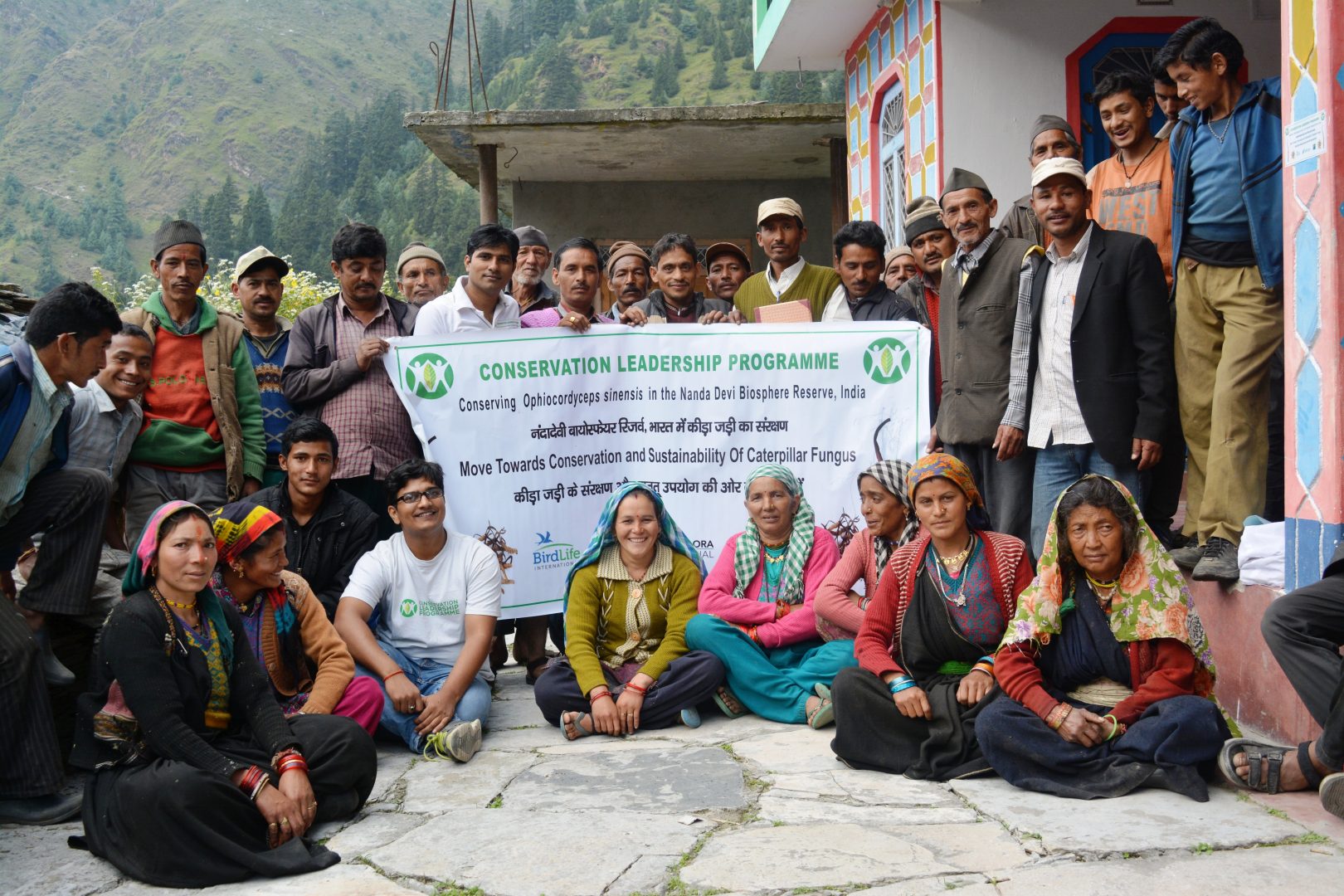 However, the combination of resource scarcity and high publicity has caused a skyrocketing of both demand and price of caterpillar fungus, leading to tremendous competition among harvesters and traders. The collection season ranges from 30-40 days which start in the beginning of May and lasts till the end of June. It depends on many factors like the local weather, condition of snow in the pasture and elevation of collection site. About 5–6 years ago, people could collect around 55-60 individuals per day but can now only scavenge around 15-20. Increasing trade-induced rampant harvesting and ecological threats seem almost certain to lead to a decline in populations of the species in the region. Ultimately, these harvesting practices are not sustainable and put the region’s population at risk. Indeed, a recent study, supported by the Conservation Leadership Programme and Rufford Small Grant, concluded that both the caterpillar fungus population and per-capita harvest are decreasing continuously.

Excessive harvesting itself is not the only threat for these species; they are also at risk from practices such as over-grazing, chopping of trees for firewood, and polluting the habitat with garbage. Anthropogenic activities like these are likely to have had negative impacts on a range of endangered threatened species, including ground-dwelling birds (Satyr Tragopan, Monal Pheasant and Cheer Pheasant), charismatic mega-fauna such as the snow leopard, blue sheep, and alpine plants. Researchers are currently investigating these and other threats to the caterpillar fungus’ sensitive habitat.

Through different outreach programmes with stakeholders, the project team has conducted group discussions on how mountain dwellers could move towards sustainability and management of caterpillar fungus in the future, and why conservation of this ‘Himalayan gold’ is essential. However, to ensure the survival of the species, and to facilitate conservation of pristine alpine meadows, it is vital to implement regulations—for example, mitigation measures that could reduce the negative impact of harvesters’ visits—and pursue scientifically proven sustainable harvesting practices. In the future, more outreach and capacity-building programmes are needed to spread awareness of these techniques and educate stakeholders about this sensitive environment. The communities responsible for pollution and other ecological threats at harvesting sites have not really been aware of options for sustainable practices, but do seem open to learning. 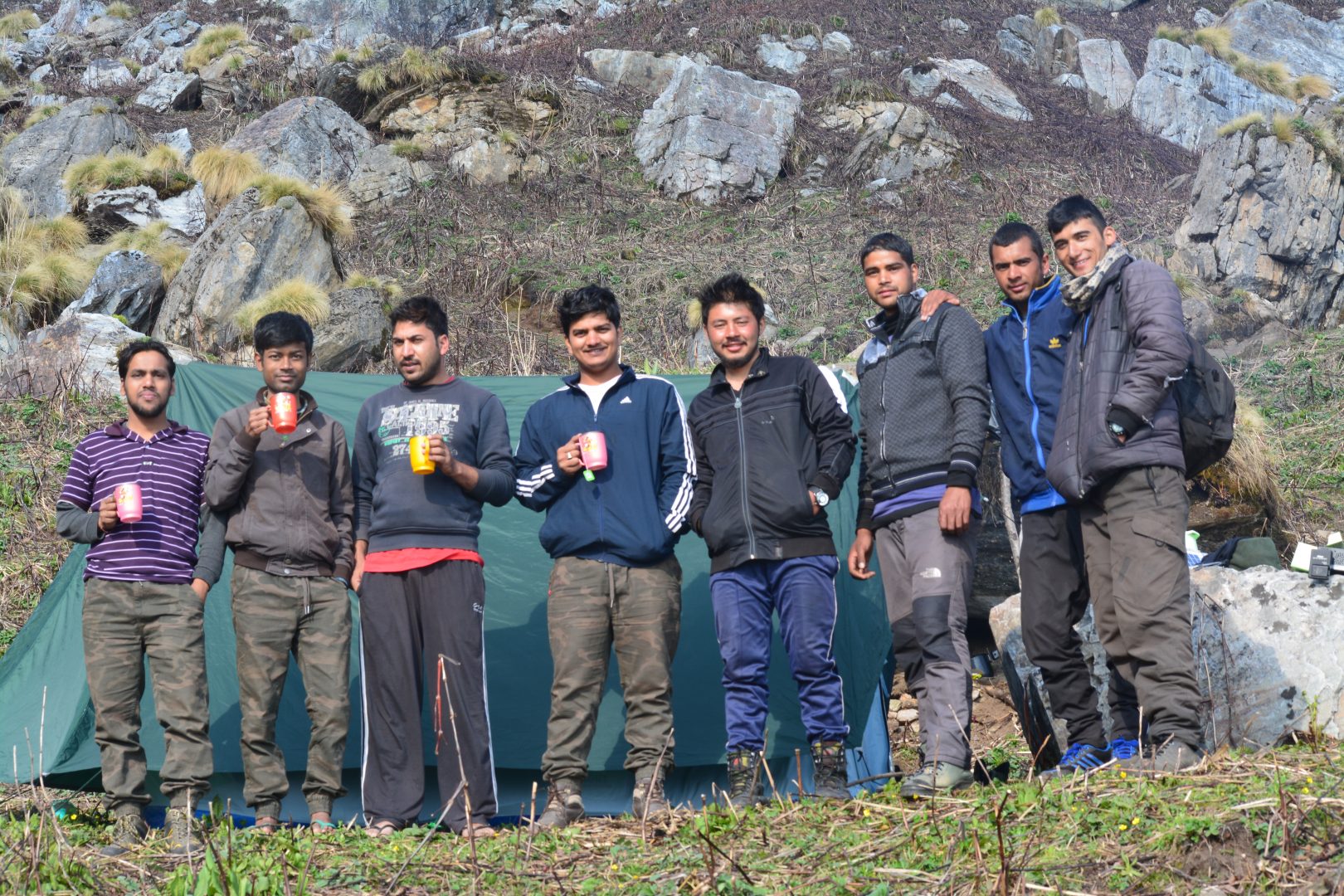 Researchers are in the alpine meadow to investigate anthropogenic effects on ecosystem (Photo: Anonymous)

It will also be important to resolve legal ambiguities that cause conflicts between harvesters and traders, and between these two groups and the local administration. There is need to take actions by the state government and forest department through appropriate institutional mechanisms as well as a holistic policy to mitigate ecological threats and social conflicts associated with caterpillar fungus. There is need of prompt actions for community and market-based initiatives for conservation, sustainability, and trade of the caterpillar fungus. By increasing investment in education, improving food security, and alleviating poverty of economically marginalised rural dwellers, these initiatives could play a key role in building resilience and empowering local communities to lead fight against biodiversity loss and climatic vulnerability in the Himalaya.

Pramod has been working in diverse fields related to conservation biology, environmental impact assessment and climate change. Presently, he is leading a team with the aim to integrate conservation, governance and livelihood for sustainability of caterpillar fungus in the Himalaya. He has a masters’ degree in Biodiversity and Conservation, from Guru Gobind Singh Indraprastha University, New Delhi. Pramod has also done a professional certificate course on ―Governance of Landscape, Forest and People from Wageningen University, the Netherlands.