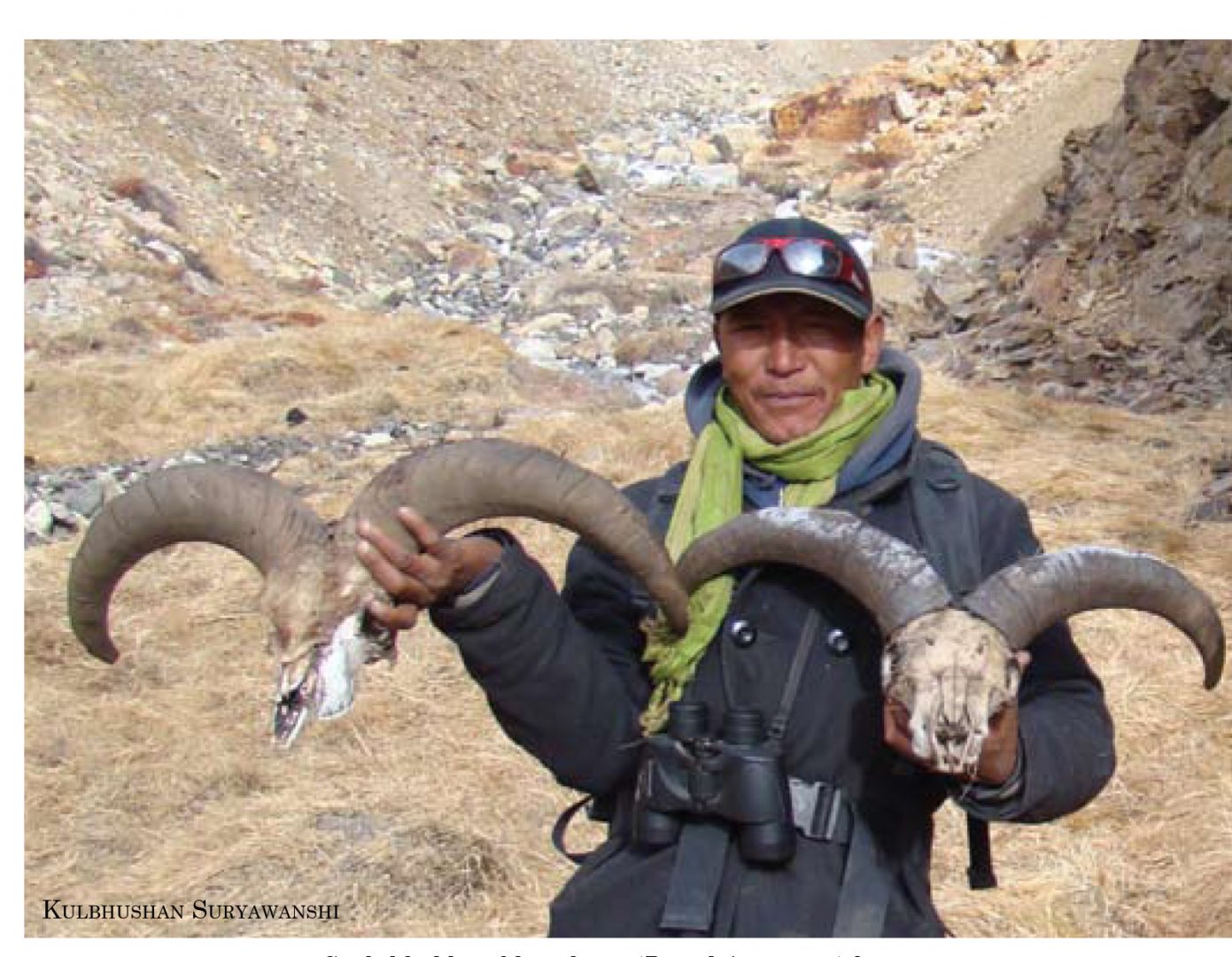 Sushil Dorje was born in a farmer’s family in the remote, high altitude Himalayan village of Kibber in the Spiti Valley. Sushil started his conservation career as a field assistant in a research project in 1996. Though he had limited education in a village school, and no formal training, a deep curiosity about nature resulted in Sushil’s remarkable growth into one of the most committed conservationists in the region. Today he is the field programme coordinator for the Nature Conservation Foundation (NCF) and the India Program of the International Snow Leopard Trust (ISLT) in Himachal Pradesh.

Sushil is a fine naturalist and can identify most rangeland plants (using scientific names!), birds and mammals of the Trans-Himalaya. His vast knowledge about this landscape combined with his enthusiasm makes him a key resource person for research projects here. Sushil has contributed substantially to one completed Doctorate, two ongoing Doctorates, one Masters dissertation and several other short-term research projects. His support has resulted in more than a dozen peer-reviewed scientific publications, with several more in the pipeline.

Working selflessly at frigid heights of 4000 to 5500 m, Sushil contributes much more for wildlife conservation than can be expected from the small income he derives. Sushil’s understanding of conservation problems in the trans-Himalayan as well as his people’s concerns has come in handy while addressing human-wildlife conflict in this region. Households in Spiti face substantial financial losses due to livestock depredation by the snow leopard Uncia uncia and the wolf Canis lupus and the endangered carnivores are persecuted in retaliation. Sushil has helped expand the community-based livestock insurance programme, which was started in his village to address human-snow leopard conflicts, to nine other villages in Spiti and Ladakh. He has also been involved in the setting up of two village wildlife reserves, which is a participatory conservation initiative with potential benefits for both people and wildlife in this region (see www.ncf-india.org for more details). He is also involved in monitoring the performance of these conservation efforts by coordinating camera-trapping studies of the snow leopard and monitoring mountain ungulates and birds.

Sushil is also actively involved in spreading awareness about wildlife conservation within his community. He motivates the youth of Spiti to help Charudutt Mishra (as told to Soumya Prasad) protect wildlife and has helped stop the occasional hunting that used to take place. He is working with several schools to promote conservation education and awareness amongst Spiti’s children. His extensive natural history knowledge makes him a ‘local hero’ for children and youth alike in Spiti.

Inspired by Sushil’s life and work, Pranav Trivedi featured Sushil as the main character in a book for children titled ‘Nono, the snow leopard’ which was published by NCF in 2007. In recognition of his outstanding contribution to reconciling the interests of nature conservation and local rural economies in these high altitude rangelands, Sushil was awarded the Van Tienhoven Foundation (Netherlands) award in 2008 in a ceremony in Ladakh.