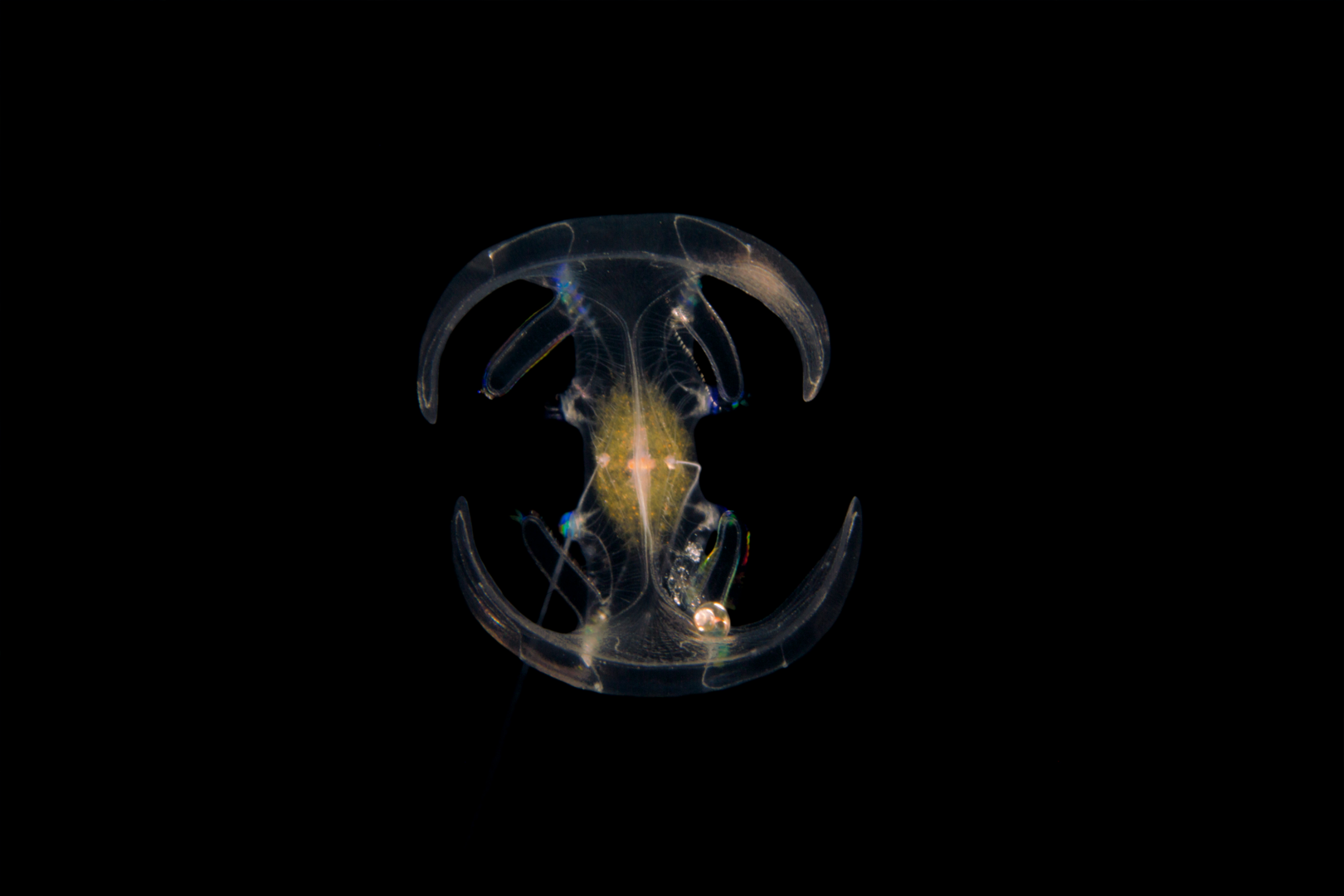 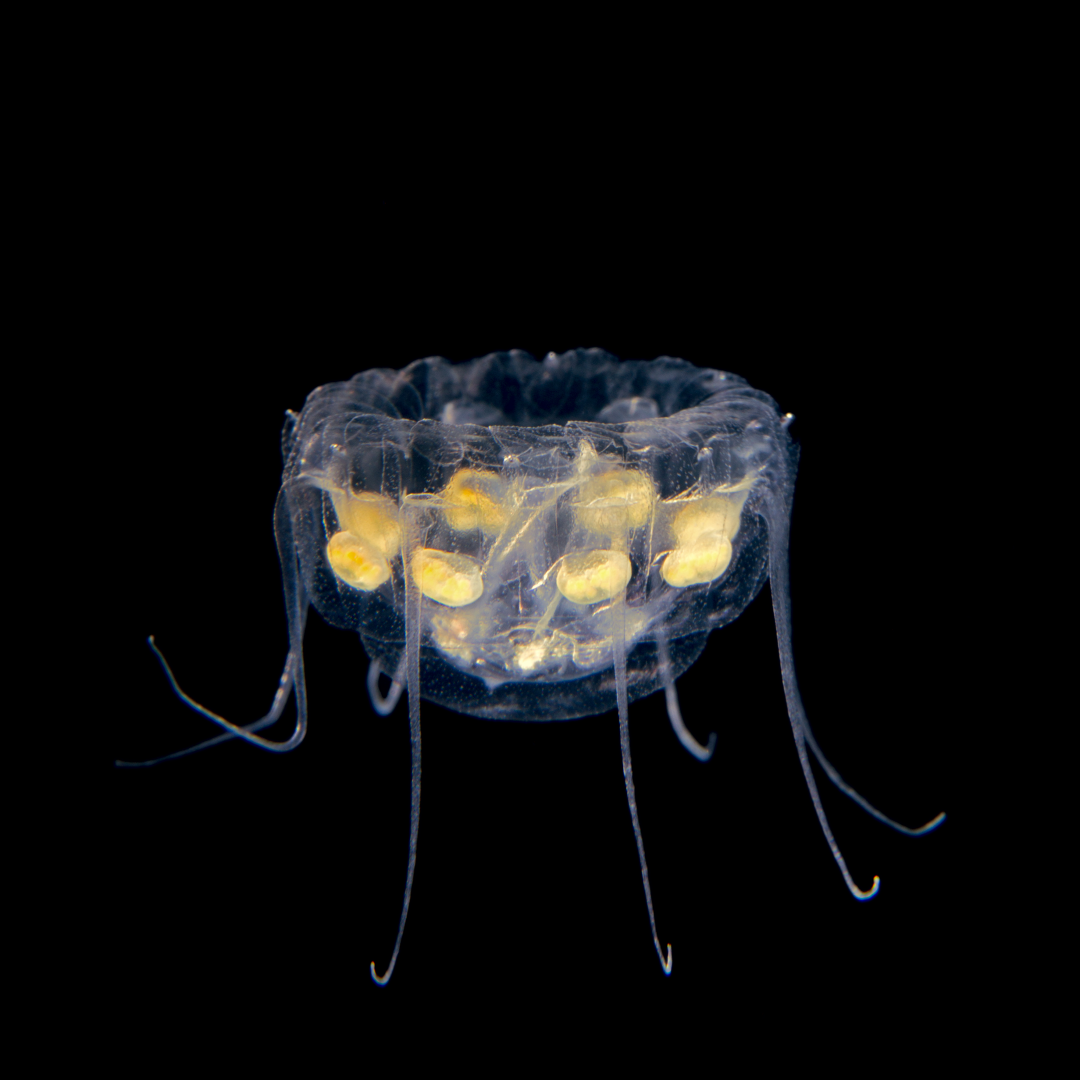 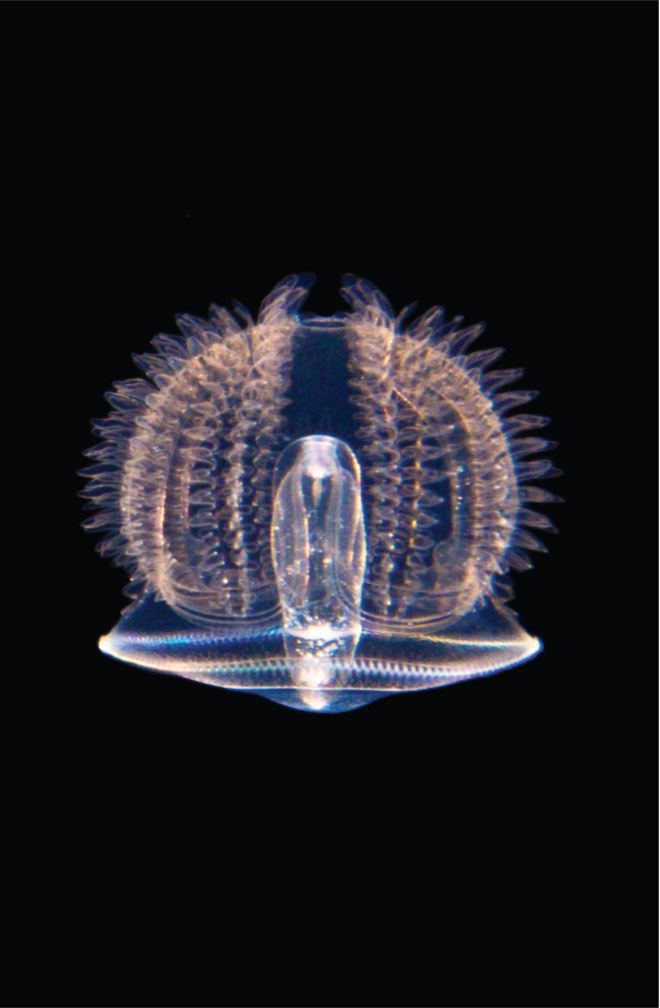 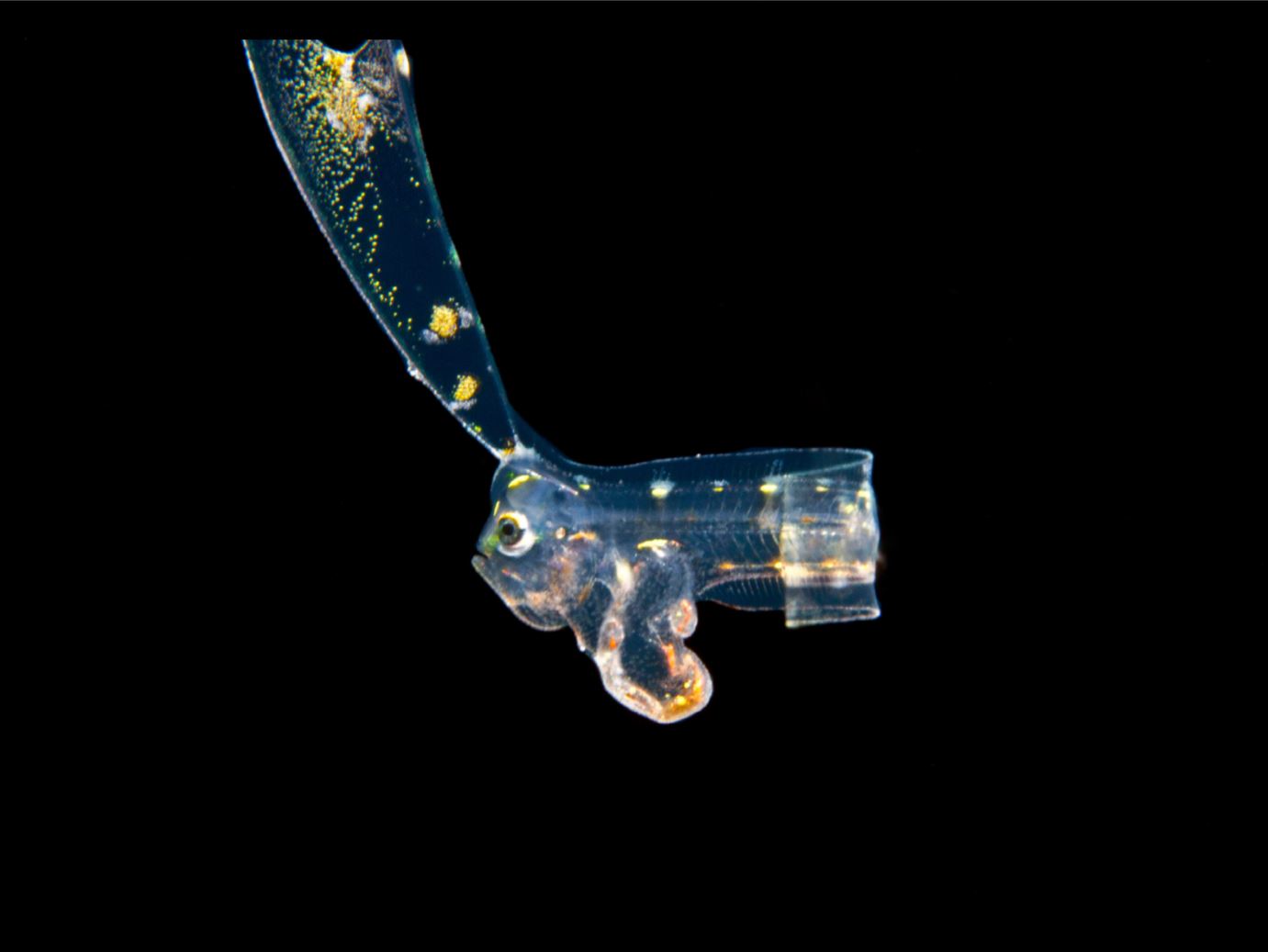 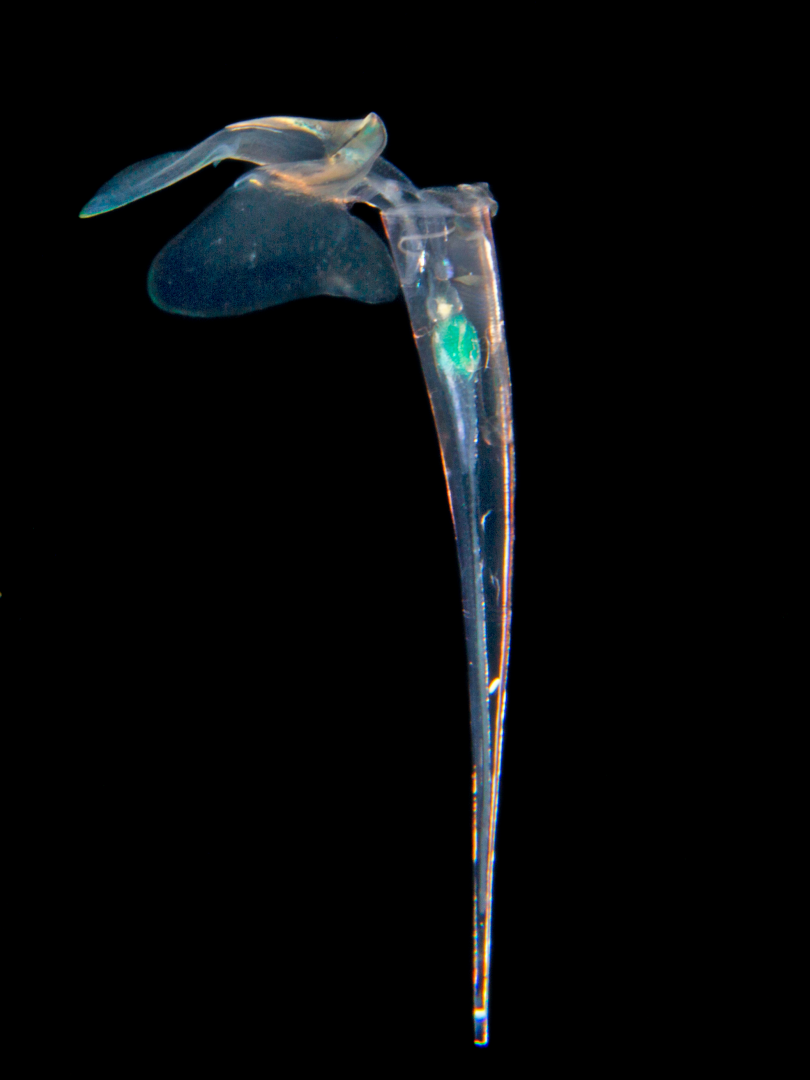 I hover in the water column of the ocean. No reef below. At  first glance, it seems just sheer blue water all around. But then you look closer and closer till you strain your eyes to focus. And that’s when you see this world teeming with life. Where a speck of sediment suddenly finds wings and flies away like an angel. A flash of the light can bring out unimaginable colours.  A world where the farthest distance is reduced a centimetre, and speed is measured in millimeters per hour. Even a small movement of my camera can create a storm for the creatures who are hurled away.

Every day, billions of these tiny marine plankton migrate to the surface from the depths of the ocean as the sun sets, and retreat again to its depths as the sun rises. Its much easier to spot these creatures on a night dive as they are attracted to my torch light. Zooplankton comprise marine worms, jellyfish, crustaceans, larvae of marine animals, while phytoplankton are mostly algae. All very very small creatures less than a centimetre in size. Except for jelly fish which can grow much bigger. Unlike their adult stages, these larvae and other creatures mainly drift along with the ocean currents, taking them far and wide across ocean basins. They can move small distances mainly to prey or to escape being eaten using cilia (tiny hairs), moving their body with snake like movements.

The ocean is our major carbon sink and produces two thirds of our oxygen. The current climate crisis is also affecting marine zooplankton. The increased CO2 is making the ocean acidic which causes the Calcium Carbonate shell of these tiny creatures to thin thus making them more vulnerable to predation. In addition, the increased microplastic in the oceans is a id cause for concern. 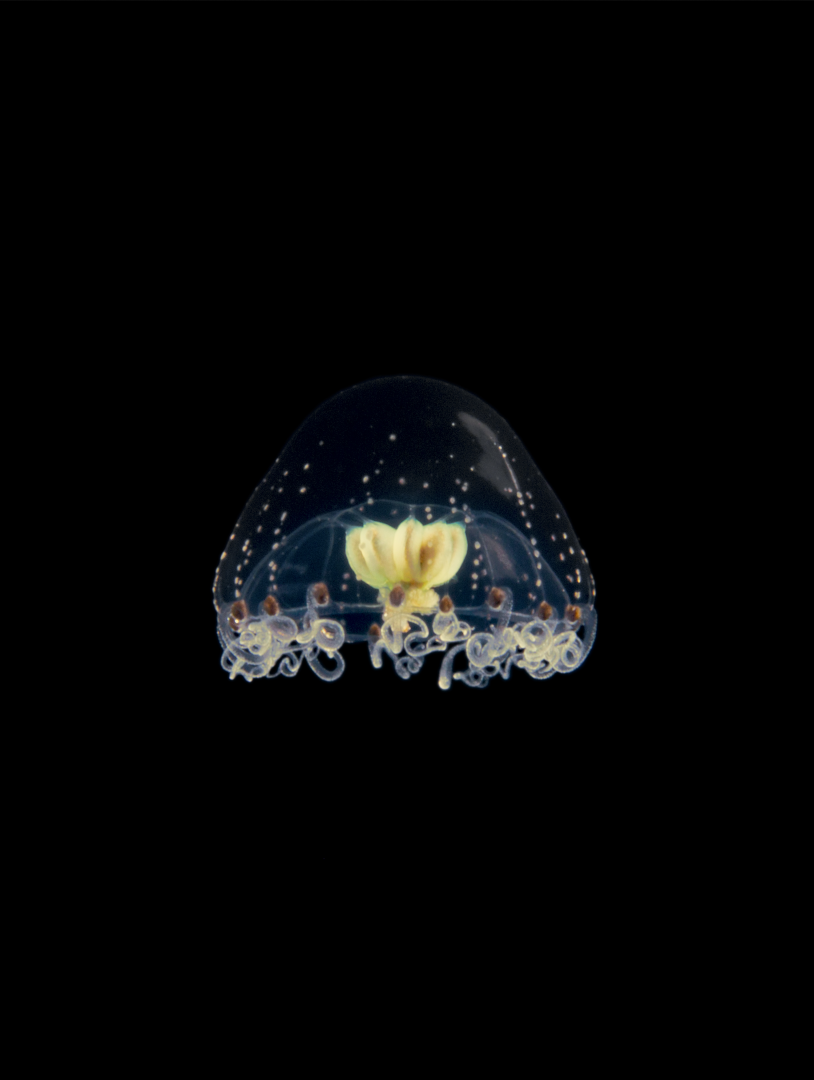 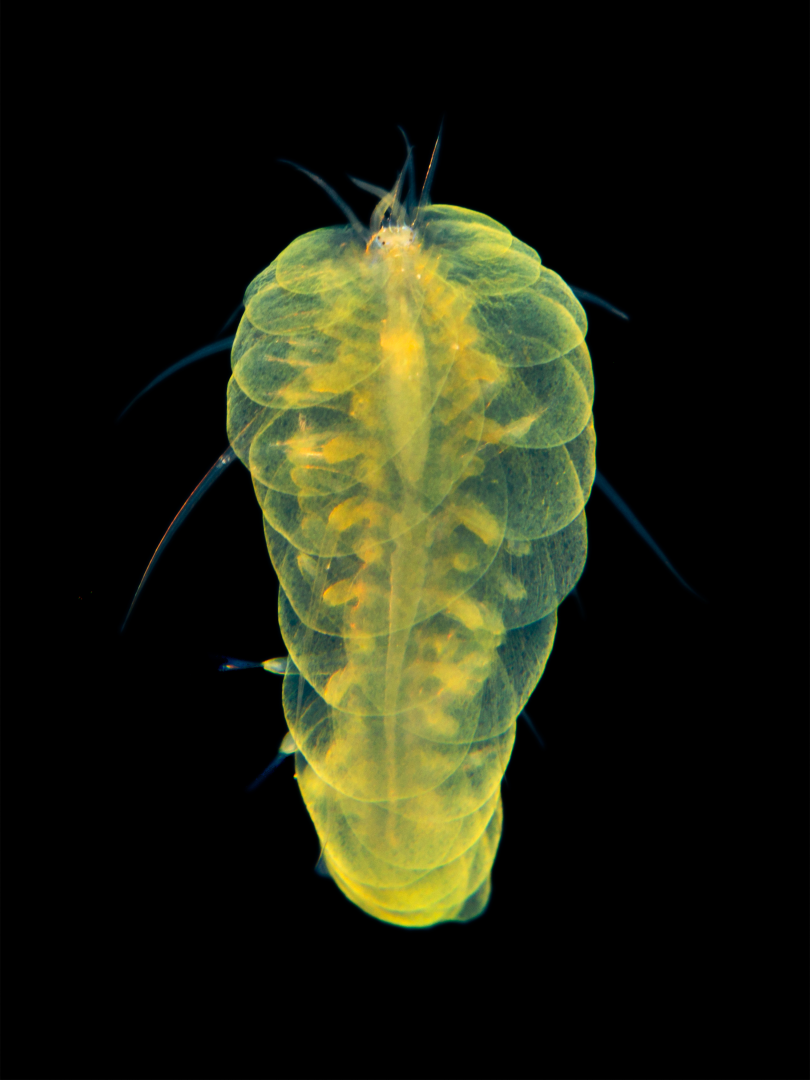 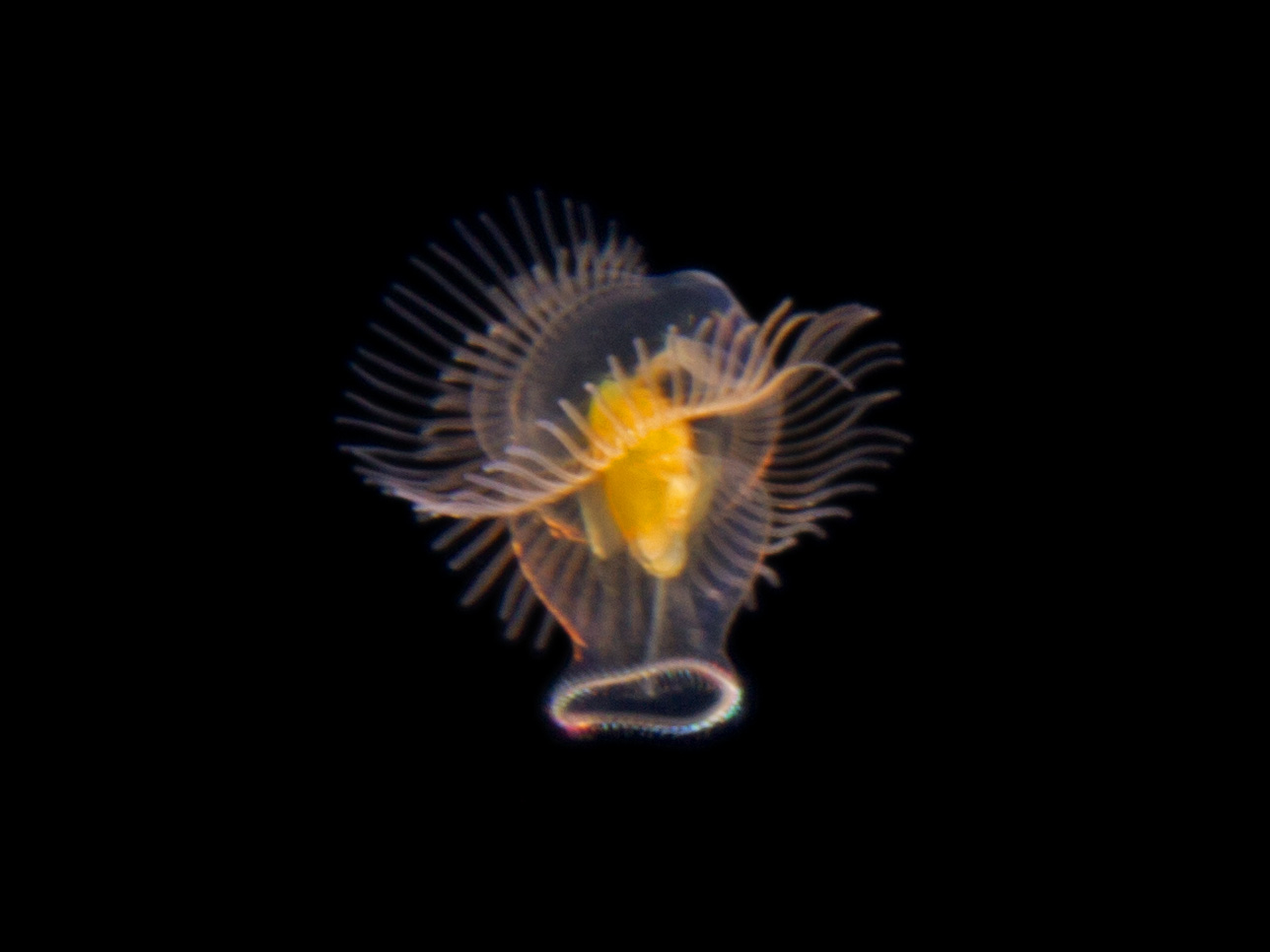 Vikas Nairi has been a dive instructor since 2003, and has loved every moment of being in the water till date. Photography was only to make that last out of water too