Payments  for ecosystem services (PES) interventions aim to subject ecosystem conservation to market dynamics and are often posited as win-win solutions to contemporary ecological, developmental and economic problems. While popular in mainstream policy domains, a major academic debate has erupted over whether PES can actually fulfil all (or any) of the promises it makes. Some scholars argue that PES, despite its challenges and shortcomings, is good for rural development and social equity. However, others such as Nicolas Kosoy and Esteve Corbera have referred to PES as ‘commodity fetishism’ implying that when nature becomes a commodity it will have negative effects on how humans relate to and value nature and can lead to social inequalities. Still others argue that PES instruments can contribute to improved environmental governance, but that they might not be universally applicable and might lead to perverse or ineffective outcomes, and hence that there should be a discussion about where they could be appropriate. Here I argue that PES can best be conceptualised as ‘neoliberal conservation’: the paradoxical idea that capitalist markets are the answer to their own ecological contradictions.

I first came to this conclusion based on extensive research on a conservation and development intervention in southern Africa, the Maloti-Drakensberg Transfrontier Project (MDTP). This project sought to stimulate local development, environmental conservation and international collaboration in the mountainous Maloti-Drakensberg area between Lesotho and South Africa. Amongst its many activities, the project introduced several market-based strategies to achieve its objectives, including PES. PES seemed a welcome solution to the many problems and political issues in the area. Indeed, for the first 3 years, the MDTP itself was also mired in struggles and tensions, and in this tense atmosphere the PES solution was welcome indeed. A baseline study was commissioned, in which Nicci Diederichs and Myles Mander argued:

“Payment for environmental services provides an incentive for directing landowners towards environment management actions that address priority environmental services, such as water security. As a payment system directly links buyers and producers of environmental services, it builds relationships between people who are economically linked and allows market based transactions to take place, reducing the need for further state regulation. Furthermore it focuses on measurable deliverables and consequently sharpens the performance of conservation actors (public, private or communal).”

Interestingly, the study says almost nothing about the complex context and chequered history of the Maloti-Drakensberg area. Rather, in paragraphs such as the above, these are replaced by a closed (ahistorical) framework whereby social relations, individual behavior and their environmental effects are (efficiently) directed by market incentives. Moreover, the reports replaces cultural, political and social dynamics with a focus on ‘relationships between people who are economically linked’ thus reducing the area and its inhabitants to a technocratic, neoliberal model that would subsequently have to be managed into reality. Indeed, the goal of the MDTP, from the start, was to set up PES as the magic bullet, as the ideal mechanism to ecological, developmental and economic concerns in the Maloti-Drakensberg. Interestingly, the same baseline study admits this by stating that:

“The resources available to this project (MDTCDP), both internally and externally (by means of partners), and the willingness of the MDTCDP to use economics for conservation action, generates a practical opportunity to initiate a market development process in the next three years. Furthermore, the current activities of the existing project, such as research and public education, are complementary to the development of a payment system.”

All of this sounds ‘neutral’, straightforward, and apolitical, exactly how markets are often depicted in general. Yet, it needs to be stressed that this scientific practice of framing institutional arrangements according to markets and market metaphors means bringing actors and ecosystems (further) into the capitalist mode of production.

Hence, where some authors ask ‘can markets do better?’, the point is that ‘markets’ are not an instrument that can be switched on and off to see whether they ‘work’. Markets change social and socio-ecological relations, and markets in a capitalist political economy change these relations according to the capitalist mode of production. In turn, the capitalist mode of production harbours particular socio-ecological contradictions in general and with specific reference to ecosystem services.

Yet, it is clear from the above quote that the resources available to the MDTP were put to use in a very specific way, namely to render the Maloti-Drakensberg area as an ‘ecosystem services market’ and so subject it to deepening capitalist relations and power structures. In turn, this corroborates the point that market forces are not ‘natural’, but need to be ‘constructed’ into place through what Jim Glassman refers to as ‘extraeconomic’ means. In other words, a whole host of political, social and scientific tools are necessary to construct (and oversee) particular ‘economic relations between people’. 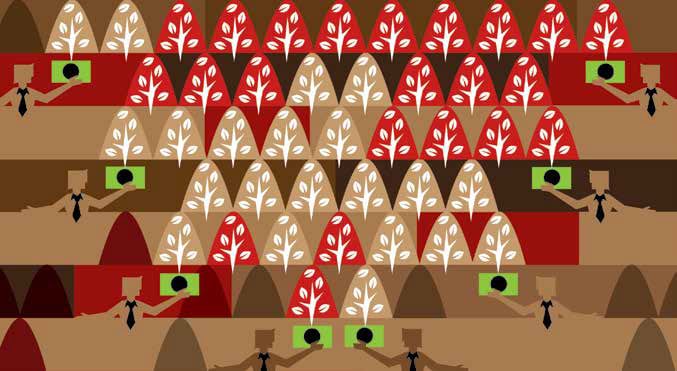 In turn, these political, social and scientific tools were grounded on rather tenuous and/or one-sided arguments and evidence. While I refer the reader to the main Conservation & Society article for substantiation of this claim, what matters here is that despite the tenuous and one-sided evidence, the transfrontier project and the consultants it had contracted for the PES studies started marketing the potential for successful PES implementation in the area very early on in the project. PES was not only pushed through as a panacea for many of the area’s ills, but the same consultants hired by the MDTP to set up a PES system, started marketing this system as a ‘success’ towards associated and likeminded, or ‘epistemic’ communities who were implicated in, and depended on this ‘success’. This directs attention to a point which is often only alluded to in the PES literature, namely that the evidence built up in scientific constructions of PES depends on it being validated and taken up by particular epistemic communities, which are “experts sharing a belief in a common set of cause-and-effect relationships as well as common values to which policies governing these relationships will be applied.”(1) In other words, scientific representations of PES in the Maloti Drakensberg area were marketed through epistemic communities that already support and/or depend on the success of these same PES models, and as such a seemingly convincing case is set up, backed by scientific evidence.

But this goes further still: many of those involved in constructing PES markets are also those that posit them as a ‘success’ in policy, academic or other arenas. For example, the same consultants and researchers hired by the Maloti-Drakensberg Transfrontier Project to explore the suitability of PES in the Maloti-Drakensberg area between Lesotho and South Africa marketed their own PES constructions as successful through epistemic communities and policy arenas that already support and/or depend on the success of these same PES models. Crucially then, the interpretation of scientific evidence also resembles a market— if particular epistemic communities ‘buy’ into this evidence, it can seem to be legitimate and/ or attract attention and more resources. In other words, the case of the MDTP functions in a broader ‘scientific context’ where likeminded epistemic communities valorise and indeed promote the paradoxical idea that capitalist markets can be the answer to their own ecological contradictions. In turn, this dynamic can become self-reinforcing in that more attention and resources are employed to further strengthen the power of the PES discourse, making it susceptible to becoming a relatively closed loop that effectively shuts out the complex socio-ecological dynamics it aims to address. An interesting—and disturbing—corroboration of this point relates directly to the Conservation and Society article itself. Before publication, I sent a version of the article to some of the MDTP PES consultants in order for them to respond to my criticisms, but they did not bother to give it any attention or feedback, despite several reminders from my side. The precise reason for this is of course difficult to grasp, but since I am not part of the epistemic communities that they depend on for their livelihoods, it seemed my article was not worth their attention, as the only thing it could do was rupture their carefully constructed discourse and the myth about the Maloti-Drakensberg as a ‘successful’ PES case.

Taking the alternative evidence from the Maloti-Drakensberg area case study, one could simply conclude that PES indeed seems a familiar progression of capitalist expansion and intensification in the area of environmental conservation. Yet, at the same time it is important to point out what seems new is that it openly acknowledged that conservation of biodiversity and ecosystems should occur through its submission to the capitalist mode of production while being completely blind to the contradictions and histories of this same mode of production. Indeed, this article shows that conservation projects and associated epistemic communities work hard to produce evidence that works to establish scientific credibility while erasing difficult and conflict-wrought histories in order to effectuate this submission. In turn, this enabled those same actors to market PES as a ‘success’, and so build a context that serves to attract resources and cement actors’ careers within a popular paradigm. To capture these dynamics adequately, one needs to acknowledge PES and the way in which it is marketed within a global political economy that has sought to undo the restraints placed on capitalism since the 1970s and now seems to be at its zenith. PES, therefore, should be recognised first and foremost as ‘neoliberal conservation’—as a response to the global neoliberal political economy that South Africa has also adopted and strengthened over the past 15 years.

Unless one takes this context into account, one risks missing the bigger picture—that the political-economic realities that cause many of the environmental and social problems frame solutions for them in the same spirit, for example through ‘PES’. And as these are built into the same mechanisms, they might equally strengthen, rather than alleviate, the dynamics that cause the problems in the first place. Only by first framing PES as ‘neoliberal conservation’, and thereby acknowledging the broader point that capitalist markets cannot be the answer to their own ecological contradictions, can we begin to understand contemporary socio-ecological problems in their full complexity and start working on devising meaningful and constructive solutions. 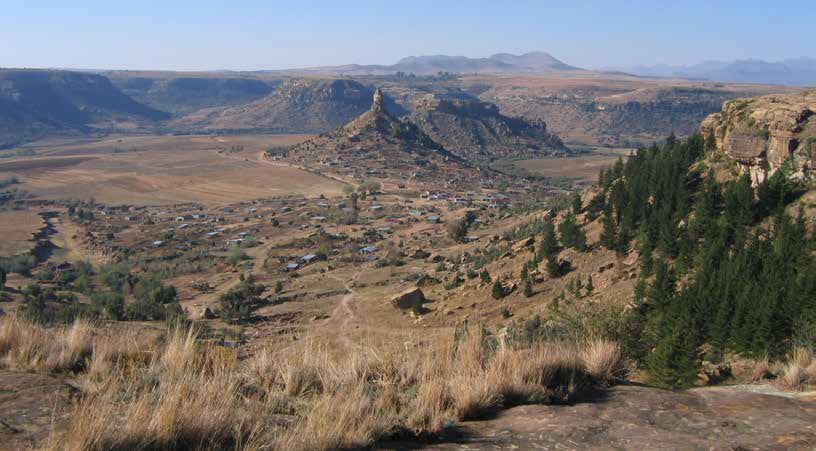 Bram Büscher is an Associate Professor at the Institute of Social Studies, the Netherlands, and Department of Geography, Environmental Management & Energy Studies, University of Johannesburg, South Africa. buscher@iss.nl