Thomas Caverhill Jerdon, a medical surgeon with the East India Company, is better known for his contributions to the mammalogy, ornithology and herpetology of British India. He is credited with the compilation of the first comprehensive book on Indian mammals.

Born on the 12th of October, 1811, in Durham, Northeastern England, Jerdon’s keen interest in natural history, particularly plants and birds, was believed to have been encouraged by his father. In 1828, he went to Edinburgh University where he studied natural history under Professor Robert Jameson, who had tutored several well-known naturalists like Charles Darwin. While at the University, Jerdon was a part of the Plinian Society, a club for natural history enthusiasts. Scottish students of the time received a broad education in a variety of fields including history, geography, navigation and philosophy. In the same spirit and perhaps because natural history was not a particularly lucrative career prospect, Jerdon also trained in medicine between 1829 and 1835.

In 1835, he joined the East India Company as an assistant surgeon under the Madras Medical Service of the Madras Presidency and was posted to the Ganjam district of Orissa where he was responsible for the treatment of troops affected by fever and dysentery. His passion however lay elsewhere. Apart from his physician’s duties, he diligently started documenting the birds of the Eastern Ghats. This trend continued as he moved to various parts of India, especially the south, including what is now Andhra Pradesh, Ooty and Trichy. He obtained information on endemic birds through observation as well as interaction with the locals. After the Mutiny of 1857-58, he was named Surgeon-Major. Around this time, he went to Darjeeling on sick leave and spent considerable time studying the Himalayan fauna. 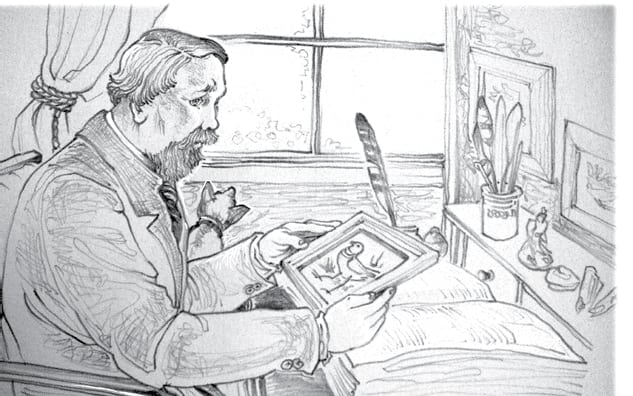 With the requirement of a comprehensive and brief compilation of all the characters, descriptions and classifications of the vertebrates of British India, Jerdon proposed in a prospectus directed to the British Government in India to publish a series of books for the Mammals, Birds, Reptiles and Fishes. Having already produced Illustrations of Indian Ornithology in 1844, Jerdon’s ideas were well received. The purpose behind Jerdon’s compilation of The Mammals of India was to provide a complete data base for observers and sportsmen. Recognising Jerdon’s passion, Lord Canning, the then Viceroy, placed him on special duty that enabled him to work on a series of books on Indian vertebrates. This began with his works on The Birds of India, a 3 volume treatise on the birds in the subcontinent which led to the discovery of the Jerdon’s Courser, a rare nocturnal bird found in present day Andhra Pradesh.

The Mammals of India

Jerdon followed this by works on mammals, reptiles and then fishes of India. These manuals were some of the most comprehensive works on Indian fauna at that time. The Mammals of India: A Natural History of all the Animals known to inhabit Continental India was first published in 1866, in Roorkee, in current day Uttarakhand, India, with a second version appearing in 1867. However, Jerdon, notorious for being disorganised with his specimens, is said to have made several errors in the early version, compounded by typological errors by the printers. Thus a third, corrected version was published by John Wheldon in London in 1874 two years after Jerdon’s death. 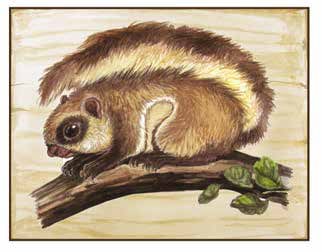 The Mammals of India provided a comprehensive and brief compilation of all the characters, descriptions and classifications of the vertebrates of British India. The book included the observations made by Georges Cuvier, Henri Marie Ducrotay de Blainville (France) and Richard Owen (England) working with specimens sent from India, and other naturalists such as Edward Blyth, Colonel William Sykes, Sir Walter Elliot, Brian Hodgson, William Blanford, Colonel Samuel Tickell and Thomas Hutton while they travelled in India. In his description of mammalian species, he pointed out that the richness as seen on the Malabar Coast and in the Western Ghats was unparalleled when compared to the plains of Central and Northern India, although he acknowledged that the greatest diversity was to be found in the Himalayas.

He also made the first ever attempt at providing complete descriptions of all the mammal species of British India. He placed hedgehogs in the now defunct order Insectivora. The book also paid great attention to game species most attractive to trophy hunters, particularly the Himalayan black bear (Ursus thibetanus), the Bengal tiger (Panthera tigris tigris), the Asiatic cheetah (Acinonyx jubatus venaticus), now extinct in India (although still found in small populations within Iran) and the Indian wild ox or gaur (Bos gaurus). He was the first to examine the Lesser Fishing Cat (Felis jerdoni). Ironically, the same species was later named after him by Edward Blyth and concluded that the animal was not a distinct species and possibly a juvenile form of the Rusty Spotted Cat (Prionailurus rubiginosa). However, Jerdon did not suffer for taxonomic posterity with species such as the brown palm civet (Paradoxurus jerdoni) being named after him by W T Blanford in 1885.

In the preface of The Mammals of India, Jerdon stated that he hoped the manual would be as useful as that on birds, as he knew that many sportsmen and observers had been keenly awaiting its appearance. While admitting that the book was incomplete, particularly with regard to smaller mammals like bats, shrews, rats and mice, he trusted that the work would spur further efforts to render in time a more complete volume on mammals. Nonetheless, his effort marked the first serious attempt to provide a systematic account of the mammals in India and in that regard he at least partially achieved what Brian Houghton Hodgson with his proposed Fauna Nepalensis, and Edward Blyth, with dreams of a Fauna Indica, could not.

The Mammals of India, apart from being much sought after by hunters and sportsmen of British India, also served as the template for the multivolume series, The Fauna of British India. As the Scottish naturalist Walter Elliot would remark in Jerdon’s obituary, “Although he did not live to complete his grand design, he accomplished enough to be of incalculable value to the lovers of natural history scattered over the length and breadth of that vast country in which he laboured so zealously himself… Works of greater pretension and more accurate detail have been given to the public and at a cost beyond the reach of ordinary students. To no one is Indian science more indebted as to Mr. Jerdon, not for his discoveries, considerable as they were, but for enabling others to follow his steps.”

Thomas C Jerdon. The Mammals of India – A Natural History of all the animals known to inhabit continental India. London: John Weldon, 1874.

Arjun Srivathsa is a Research Associate at the Centre for Wildlife Studies and Wildlife Conservation Society, India. arjuns.cws@gmail.com.

John Mathew is a visiting Assistant Professor at the Department of History, Duke University, USA, thoughtheybered@gmail.com.

A different version of this essay was first published in IndiaBioscience.org.