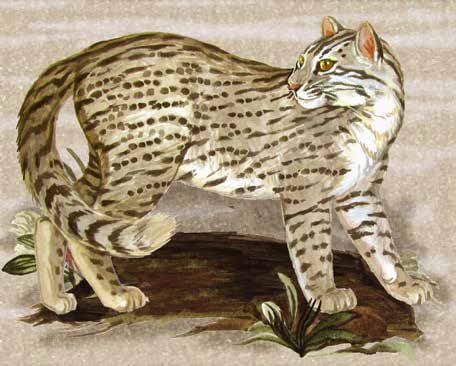 Thomas Hardwicke was a soldier with the East India Company and a naturalist. Hardwicke entered the military service of the East India Company in 1778 as a country cadet and served till 1819 rising to the rank of a Major General. During his time in India, he undertook several major military expeditions and used the opportunity to survey local fauna and amass a huge collection of specimens. From these, Hardwicke described several new species including the the long-armed sheath-tailed Bat (Taphozous longimanus), Himalayan goral (Naemorhedus goral) and the Indian gerbil (Tatera indica). At the time of his death he bequeathed his collections to the British Museum (Natural History),which led to more new species being described by other naturalists (e.g. Thomas Horsfield who described mammals such as the small mouse-tailed Bat (Rhinopoma hardwickii)) and Hardwicke’s forest Bat (Kerivoula hardwickii). He was also a gifted artist and compiled a series of drawings on Indian fauna that were published by John Edward Gray in his Illustrations of Indian Zoology (1830-35).

Hardwicke was also believed to be the first person to discover the red panda (Ailurus fulgens) and present it at the Linnean Society in 1821. He called the animal ‘wha’, after its characteristic loud cry. Hardwicke, however, did not receive credit for his find as he was delayed in bringing back his specimens from India to England. By the time he published his findings in 1827, he was already two years behind the first scientific description of the species, by French zoologist Georges Cuvier who had also acquired a specimen from India.