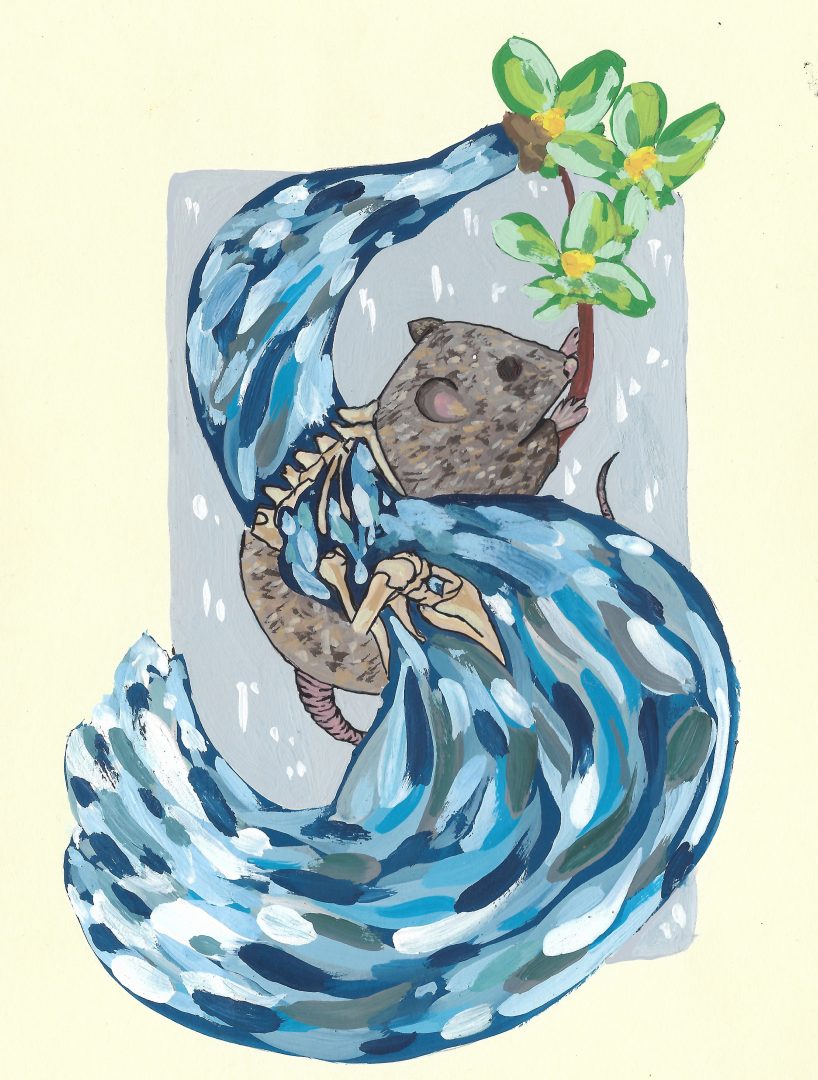 The Bramble Cay melomys, a rodent native to Australia, occurred on a single, low-lying sandy atoll northeast of Cape York in the Torres Strait. In the 1970s, the population comprised several hundred individuals but no trace of the species was found during surveys in 2011 and 2014 and it was declared extinct in 2015. The loss of the species has been attributed to multiple events of ocean inundation and its demise likely represents the first documented mammal extinction that can be directly attributed to anthropogenic climate change.

The Bramble Cay melomys had been listed as endangered under Australia’s Environment Protection and Conservation Act (EPBC) 1999 and a recovery plan was published in 2008.  Recovery plans are prepared for threatened species in countries such as Australia, Canada, and the US to guide efforts for improving their status. Plans typically review ecological and taxonomic knowledge about the threatened taxa, identify key threats, and set out a series of actions aimed at improving conservation status. In the case of the melomys, the recovery plan acknowledged that climate change could pose a future threat but contained no strategies to reduce this threat.

The extinction of the Bramble Cay melomys, despite the existence of a recovery plan, was the impetus of a study aimed at assessing the extent to which recovery plans for Australian threatened species were ‘climate-ready’ (Hoeppner & Hughes, 2018). We assessed a sample of 100 recovery plans for threatened species listed under the EPBC Act, recording whether they acknowledged the threat of climate change, and if so, the nature of the strategies proposed to ameliorate the threat.

Our results identified a substantial gulf between knowledge about climate change risk and recovery planning. While recognition of potential climate-related impacts has increased over time(9% before 2005 42% from 2005 to 2010; 77% after 2010), most proposed recovery actions were categorised as passive and incremental, with only a few plans encouraging bolder interventions to reduce extinction risk. In light of the growing threats to threatened species from climate change and the findings of this assessment, we recommend that all recovery plans be climate-informed and the scale and urgency of proposed actions be appropriate for the growing risk.

Rahael Mathews is an undergraduate student of art and design based on Bangalore with a keen interest in sustainable practices. She enjoys making conceptual art rooted in  abstraction and can usually be found with her head stuck in the world of books.