One of the most poignant moments I’ve experienced regarding perceptive reasoning in the Nicobar Islands was when I was asked to help prevent agricultural officers bring coconut seedlings onto Little Nicobar Island in an attempt to rejuvenate coconut plantations destroyed by the Asian tsunami of 2004. The rationale my friend, Mr Moses, gave me was that Achatina fulica (giant African snail) eggs could possibly arrive along with soil attached to saplings brought in from other islands, especially South Andaman island where Port Blair is located. Achatina is an invasive species here and has snailed its way through many a kitchen garden and other vegetation. This request was from a person who had not studied beyond primary school, who used perceptive reasoning along with acute observation to perceive a potential ecological invasion and threat to his native island and future kitchen gardens that were to be re-created after the devastating tsunami.

Traditional knowledge is, I believe, not static but organic. Knowledge passed down from generations past can evolve with our present to provide information useful not just about past practices, but help cope with future problems. In the few photographs that follow, I try to depict various livelihood situations and activities from across the Nicobar Islands that combine knowledge passed on from ancestors along with customary regulations that are still practiced, though some are on the threshold of change as well. 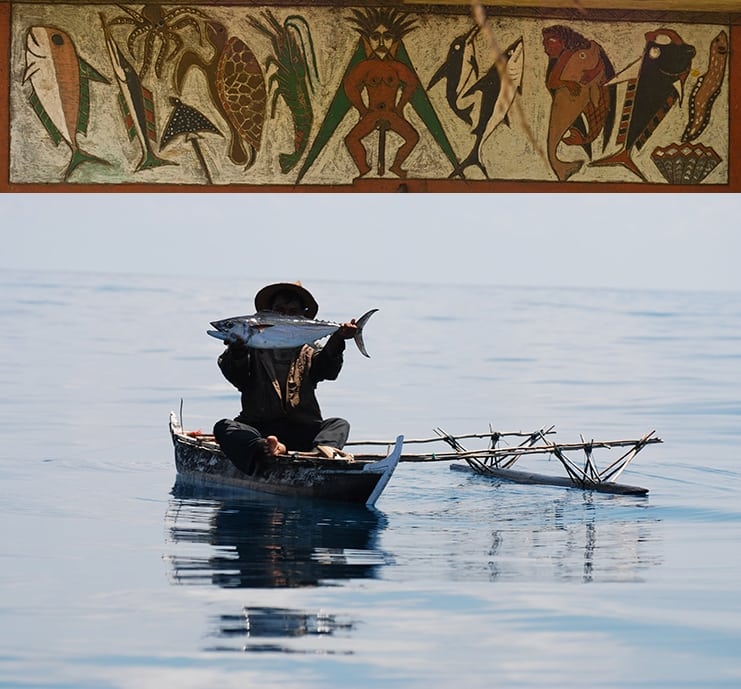 Fishing: Fishing for subsistence continues among the Nicobar islanders. Nearshore regions of many islands are marked out with both temporal and spatial bans of various kinds of fishing, either through gear restrictions or through seasonal regulations. Some festivities of the past ensured that fish and marine life were celebrated through pictographs as well as closures of certain seascapes for short periods for rejuvenation of fish populations. As a phenomenon, this is practiced less, with modernity and other concerns taking precedence over the former animistic way of life, while festivities and rituals that are associated with regulations on extraction are rarely practiced. 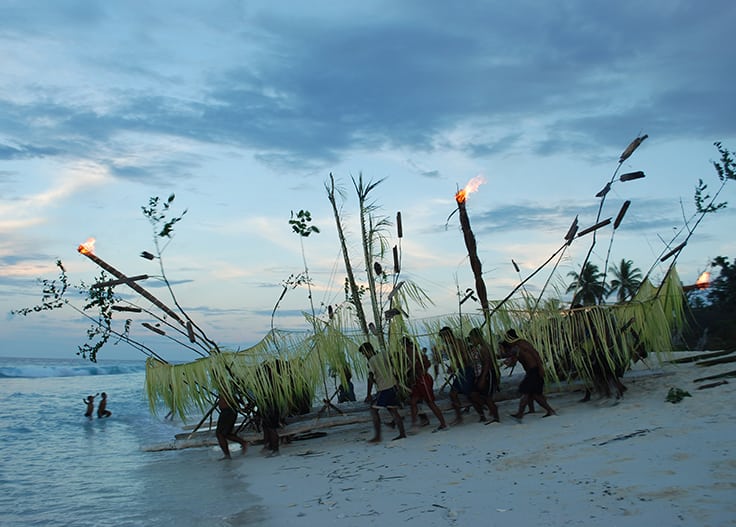 Ritual: A large ‘Hantón’ on Chowra Island. Before the advent of the South west monsoon, rafts such as these are constructed at five villages on the island to send away evil spirits beyond the island and out to sea, and to usher in prosperity for healthy crops. This is a time when the cycle of planting new crops also takes place after ensuring the growth of leaf litter within kitchen gardens to fertilise the soil. Renewing crops and plantations also often take into consideration synodic cycles, which as a technique, is increasingly being recognised for its value in many corners of the world. 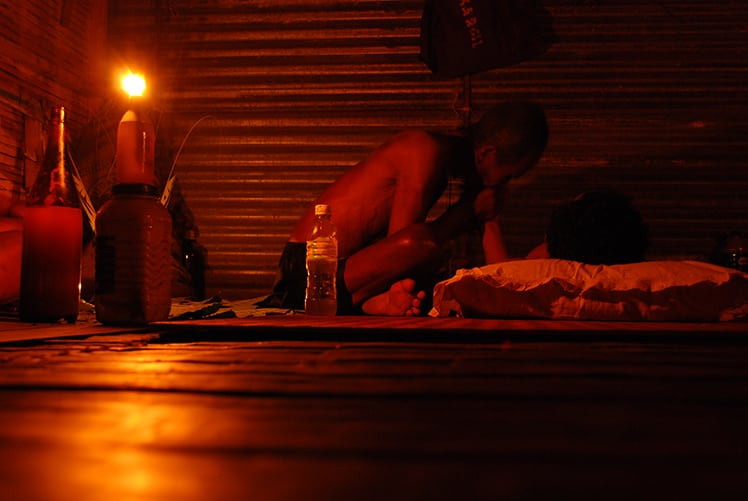 Healing: Traditional healers or shamans are a nearly extinct ‘tribe’ among the Nicobar islanders. Till about a century ago, shamans more or less ruled the Nicobar Islands. They mediated between the supernatural and the villagers; they decided the fate of many activities and developments. Two types—good and bad shamans—are known. The good shamans bring about healing and facilitate an understanding of the unknown. Natural events, natural products of the forest and sea and the ancestral world are used and revered as a means to decipher enigmatic illnesses and events; their ability to communicate with the spirit world supports their powers of prophesy and also to decide the calendric nature of festivals, feasts and rituals for peace, prosperity, fury, disease and death. Knowledge of plants and the alchemy of their extracts was a key attribute of such healers. As few as three or four true shamans exist in the Central and Southern Nicobar islands today. 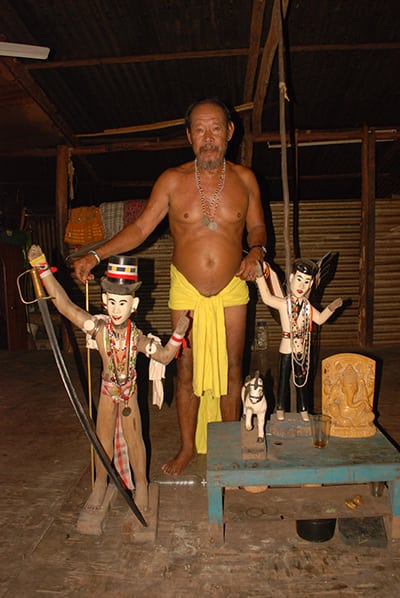 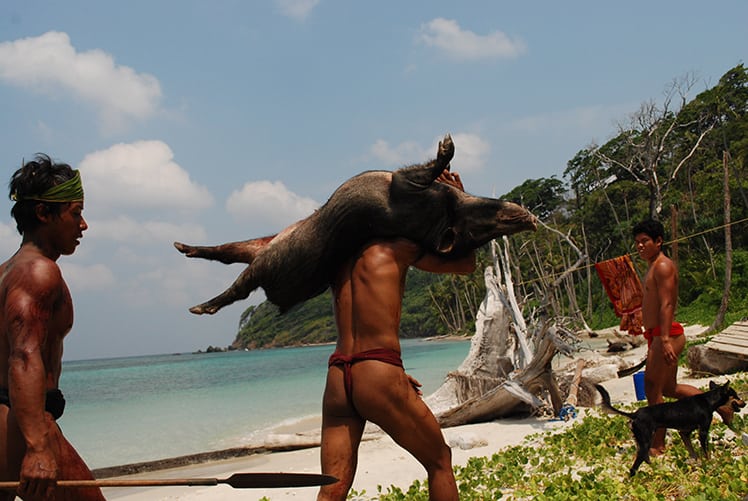 Hunting: While customary practices of the use of species on Tillanchong island, Central Nicobar is restricted to hunting wild pigs, sea turtles and fish, on other islands, a variety of species including crocodiles are hunted for the pot. On Tillanchong, only traditional gear (such as spears and harpoons) and techniques (ambush and pursuit with dogs) may be used. All protein is to be processed before leaving the island. Birds,monitor lizards and crocodiles are other sources of protein that are left alone as per customary law. 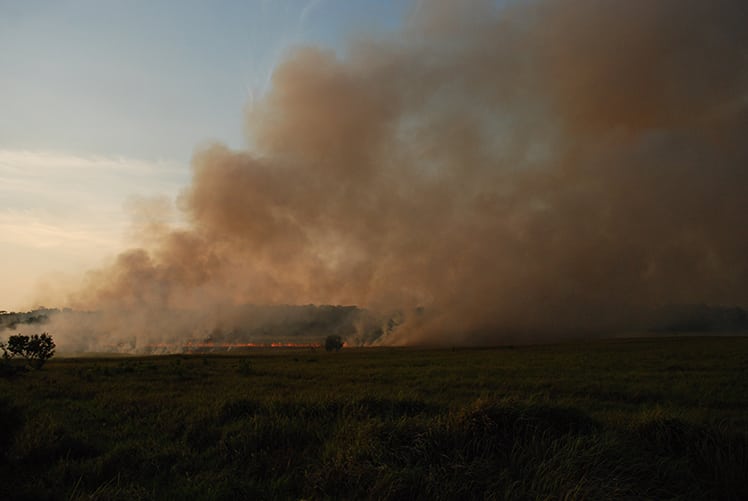 Fire: Grasslands are found largely in the Central Nicobars. At least 4 species of grasses provide thatch for the traditional beehive shaped huts of Chowra, Terassa and Car Nicobar. To ensure a fresh supply of good quality thatch, traditional burning is carried out every year in many locations. This is accompanied by hunting pigs and rats (on Chowra) and feasting among clans and friends. The burning season not only provides an opportunity to renew social bonds, it also serves as a harbinger of the south west monsoon, and remains one of a series of practices welcoming change in the yearly cycle of weather and renewal of livelihood resources. This is set to change with many villages being settled in the grasslands away from the coast after the tsunami.