Wastelands of the mind: The identity crisis of India’s tropical savannas

“I had had some very good black-buck shooting at Indore in January. Captain Norman Franks, the commissioner there, took me out one morning into the Maharajah Holkar’s preserves, and on a large plain we once saw quite a thousand buck in different herds.” Colonel Cuthbert Larking, Bandobast and Khabar, 1888. 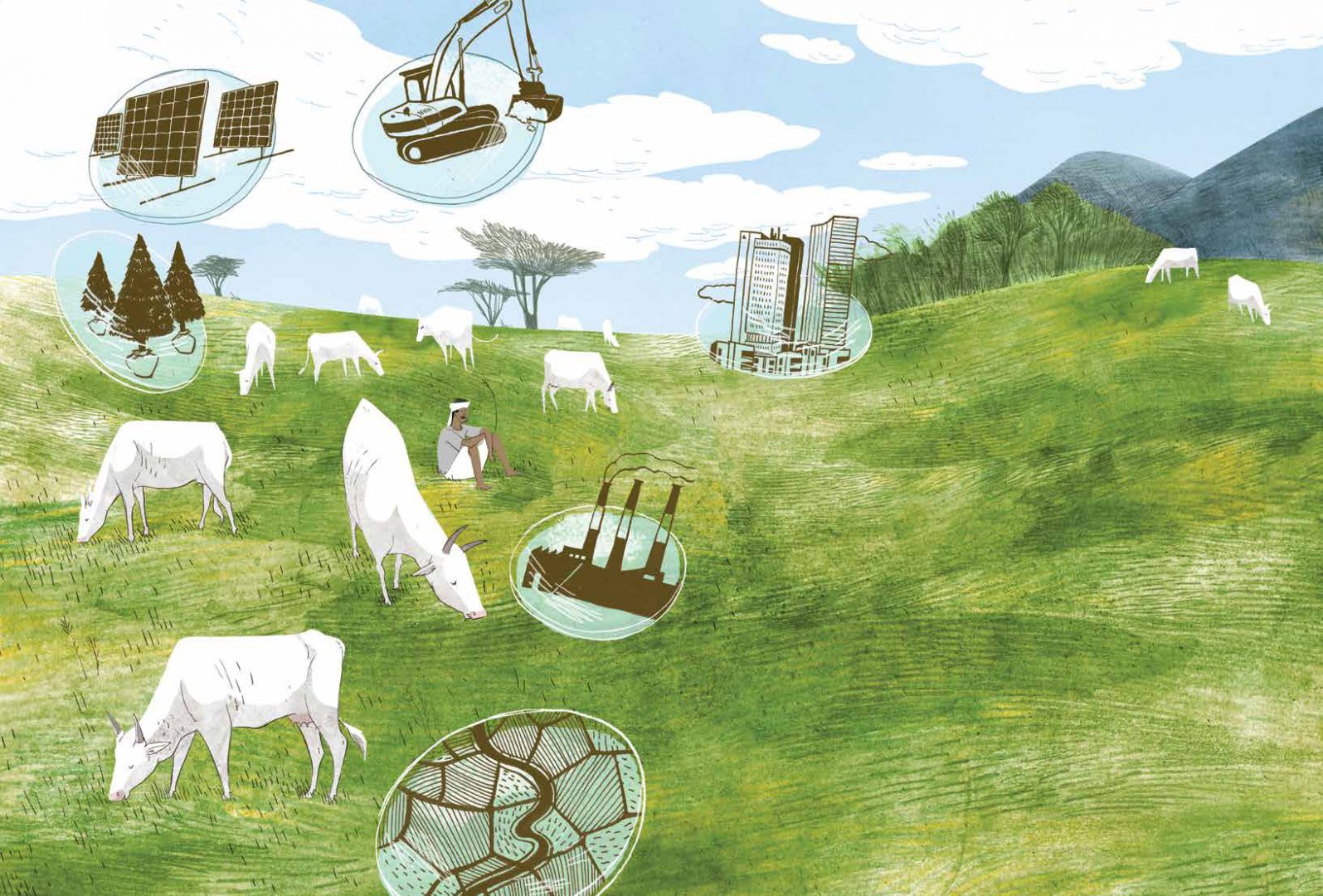 If Colonel Cuthbert Larking were to time travel and today visit the same area around Indore he would be hard pressed to find even a few blackbuck. Indeed, he would barely recognise most of the Central Indian landscape that he, and numerous others, so eloquently wrote about in their travels. The reasons for this decline in blackbuck and of many other grassland species is intrinsically linked to the marginal position that these landscapes have occupied in the developmental and conservation debates in India.

Much has been written about the loss of forest cover in India during the pre- and post-independence era. However, the loss of non-forest habitats has received very little attention. Indeed, successive governments since independence have continued a colonial tradition of defining land use categories based on their “productivity”. Take, for instance, the definition of “wasteland”, first propounded by John Locke in 1680. According to the anthropologist Judy Whitehead, Locke’s “concept of wasteland, as opposed to value-producing land, constituted a founding binary opposition that constructed how landscapes were categorised… Associated with wildness, wilderness, and savagery in the 19th century, the category of wasteland also defined who would and who would not become most vulnerable to dispossession and/or enclosure”.

Thus, common village lands that were used for pastoralism and that were essentially untaxable, were deemed wastelands. These were appropriated by the state and divided amongst the peasantry, because it was assumed that private ownership and intensive cultivation was the only way to make land more productive. 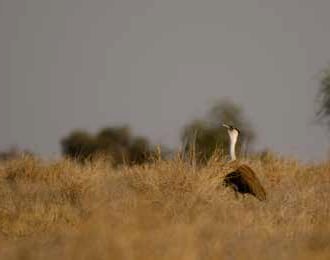 The great Indian bustard is on the brink of extinction due to hunting and massive loss of semi-arid savannas.

As a result of these myopic and misguided policies, the government has classified large swathes of the country as wastelands. The Wasteland Atlas of India produced at great cost every few years by ISRO(Indian Space Research Organisation) for the Department of Land Resources (Ministry of Rural Development) has some logic-defying categories. Waterlogged areas and marshes, which are known to be essential for groundwater recharge; mountains under permanent snow, the source of our greatest rivers; savanna grasslands and pasturelands, on which depend the lives and livelihoods of millions of livestock and pastoralists; deserts, sand dunes, rocky outcrops, inselbergs, and plateaus, rich geological features that are also home to a unique set of fauna and flora; are all wastelands! According to this atlas, approximately 15% of the country is currently lying waste (that’s 46,000 square kilometres, an area larger than Switzerland).

The idea that wastelands are unproductive continues to be pervasive and is used by various agencies to gain control over marginal landscapes and remake them for productive purposes, with dire results. Jairam Ramesh, as the Minister for Environment and Forests, sought to cordon off large stretches of grassland for a project to reintroduce cheetahs in India.

“It is important to bring the cheetah back as it will help restore the grasslands of India”, he said when approving the plan (The Guardian, 29 July 2010). A change in his ministerial portfolio to Rural Development appears to have necessitated a different strategy that aimed to acquire savanna grasslands and other habitats for development. “Maharashtra, Madhya Pradesh, Rajasthan, Jammu & Kashmir, Andhra, Himachal have significant percentage of wasteland that can be exploited for development purposes” he is reported to have said (Times of India 16 October 2013). Even the benign sounding Integrated Watershed Development Program under his Ministry has destroyed large tracts of semi-arid savanna grasslands in Maharashtra through massive land transformation using heavy machinery to ostensibly improve these wastelands.

Of the various categories of so-called wasteland, savanna grasslands have suffered the most in India both historically and in current times. Under the British, nomadic pastoralists were sedentarised, and the grasslands they depended on were converted to agriculture using canal irrigation. The resultant salinisation of these soils has now well and truly rendered once productive grasslands to wastelands. The Indian forest administration has also carried on the legacy of the British. They assume that forests were the natural vegetative cover in India, and any forest “blanks” were an aberration, or a sign of a degraded ecosystem, and continue to raise tree plantations across the countryside. Indeed, this mistaken notion that equates “eco-friendly” with tree planting has driven India’s green initiatives such as the “Green India Mission”, and the Compensatory Afforestation Programme and Management Authority (CAMPA). Such thinking betrays a certain ecological illiteracy, and ignores the fact that grasslands, and their associated fauna, have existed in India over many millennia. For instance, C3-grasses existed in India as far as 50 million years ago, as evidenced by fossil records; and C4-grasslands may have been widespread on the Indian subcontinent by about 7 million years ago. 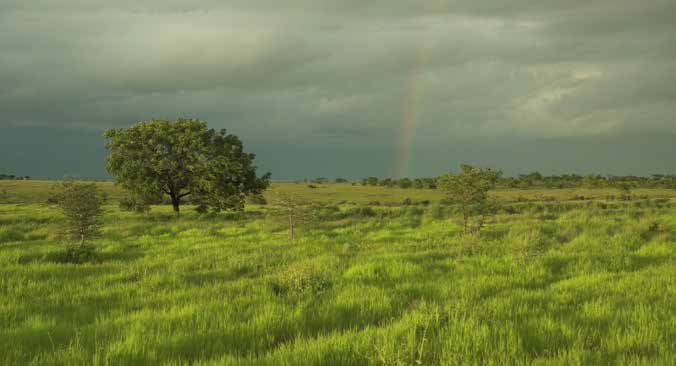 Ironically, grasslands are under most threat from the forestry departments, which sees these areas as degraded ecosystems and therefore candidates for afforestation activities. 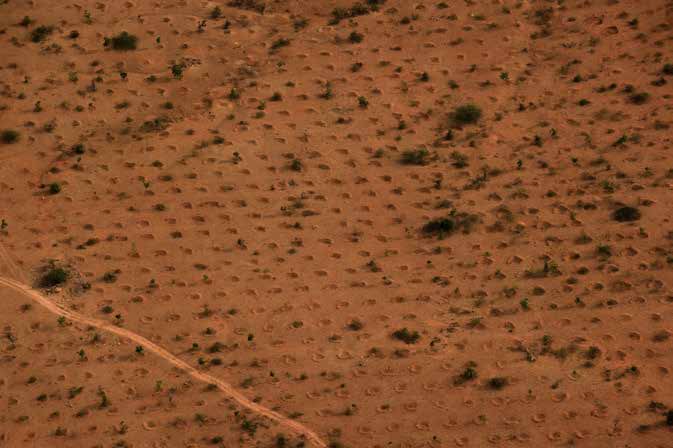 Ironically, grasslands are under most threat from the forestry departments, which sees these areas as degraded ecosystems and therefore candidates for afforestation activities.

The contention that savanna grassland systems are unproductive is untenable. The economies of several countries depend heavily on grasslands. Not for a moment would anyone consider labeling the vast savannas of the Serengeti with their spectacular assemblages of large fauna as wastelands, nor the areas inhabited by reindeer herding Lapps in Norway and Sweden. Why then do we in India, with more than 500 million livestock dependent on our grasslands, and millions of pastoralists dependent on them for their livelihoods, consider these areas as wastelands? Previously this categorisation of wastelands was from an agro-centric perspective, i.e., land that did not grow food that could be taxed was land lying waste; in recent times, declaring land as wasted has become the easiest way to grab it in the name of industrialisation and development. Examples of such appropriation abound: the allocation of approximately 10,000 acres of “kavals” or grazing lands in Karnataka to defence, atomic research and academic institutions and a handful of private companies; the setting up of solar and wind farms for power generation in many parts of the country; and the implementation of Forest Department working plans that promote the planting of Prosopis juliflora for charcoal production as in Kutch, Gujarat. 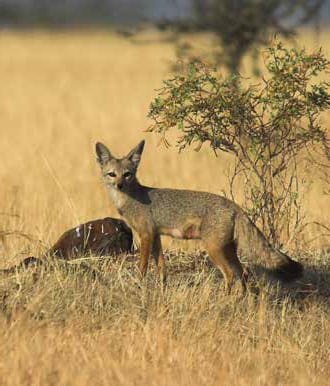 The Indian fox is most commonly seen in areas with large contiguous grasslands.

To bring some balance to this narrative, and to determine the status of savanna grasslands in India, the first author and his team set about mapping the semi-arid regions of peninsular India. This was trickier than anticipated. Unlike forested areas of India, which are easily delineated using even coarse scale satellite imageries, the spectral signature of grasses is easily confused with rainfed agriculture, and horticulture, forestry plantations and isolated trees in agricultural fields are easily confused with woodlands. Thus, multiple methods at multiple scales were needed to classify savanna systems.

The mapping exercise started at a coarse scale with bioclimatic variables and a “greenness index” (NDVI) derived from satellite imageries to build a model of where savanna grasslands “should” be. They then used this potential savanna map to identify areas where a more detailed supervised classification derived from freely available Landsat imageries could be conducted. However, the supervised classification, which consists of using ground truth points to verify maps generated by remote sensing analysis software, yielded results that were less than satisfactory in terms of their accuracy. To resolve this and to generate finescaled maps at district levels, they used 5.6 m resolution imageries from the ISRO’s IRS P4 satellite. This yielded high-resolution maps of semiarid savanna grasslands for the first time in India.

These maps paint a grim picture. Throughout the Central Indian landscape, large contiguous areas of semi-arid savannas are restricted to only a handful of sites spread across Andhra Pradesh, Karnataka, Madhya Pradesh and Maharashtra. These pockets of savanna cover approximately 20,000 square kilometres and constitute between 2 to 11% of the respective states’ geographical area. 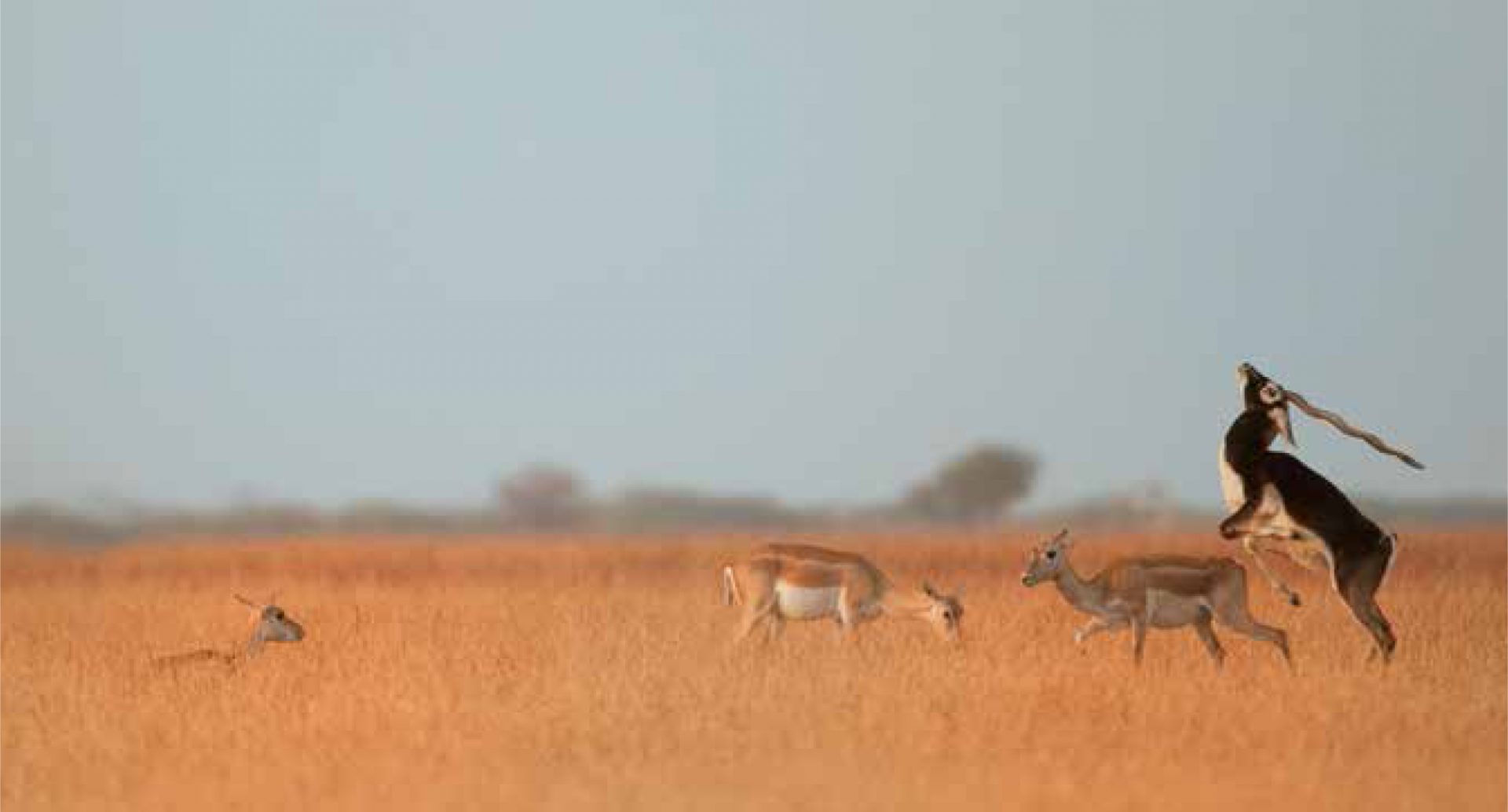 An icon of the Indian savanna, the blackbuck antelope, once counted in the thousands, is now isolated to a few pockets of grasslands throughout the country.

Yet, even as surveys of these grasslands were ongoing, vast areas of grasslands continued to be destroyed. Much to the dismay of the survey team, some of the finest grasslands in Maharashtra were being actively worked using heavy machinery under a government-funded scheme to ostensibly prevent soil erosion and run-off. These, and many other such ill-advised schemes are routinely targeted at improving grasslands and other wastelands. The perception of non-forest areas as being wastelands is deep-rooted and changing this perception will require a recognition of three main issues:

There is thus a clear need for a policy shift away from these archaic and colonial categorisations of landscapes, to one that is more in tune with the socio-ecological fabric of our country. One that values land intrinsically, and not just as a means of production from a very narrow economistic perspective. One could argue that the only ‘wastelands’ in the Wasteland Atlas of India are industrial and mining areas. The rich diversity of landscapes in India deserve better than the ignominy of being called wastelands.

Abi Tamim Vanak is a National Environmental Science Fellow working on landscape mapping and conservation prioritisation of Indian semiarid savanna grasslands. He, Ankila Hiremath and Nitin Rai are members of the Savanna Grasslands Working Group at the Ashoka Trust for Research in Ecology and Environment, and are part of a long-term multi-institutional research effort, “Research and Monitoring in the Banni LandscapE (RAMBLE)” in the Banni grasslands of Kutch, Gujarat, avanak@atree.org