What is Reconciliation Ecology?

Conserving wildlife where people live? Is that even possible? Just look at the tiger, our national animal, many crores spent on its conservation- yet it teeters ever more precariously on the brink! If an entire network of Tiger Reserves isn’t enough to save this iconic species, what hope is there for lesser species we’ve never heard about? How preposterous to suggest that biodiversity can be conserved amidst human enterprise causes so much extinction!

Yet, this preposterous suggestion lies at the heart of this new column: now only can we save species everywhere including in our midst, but we must do so for our own survival. I’ve come to this conclusion after two decades of studying ecology and evolution, and I will share what I’ve learned through these essays. Like many ecologists, I too started with the classic gambit of running away from my native Bombay to the remotest corners of the country seeking wilderness! It took me a while to realize that there’s no such thing as wilderness on Earth anymore: our globalized actions impact every corner of this planet. Then came another insight: we, especially those passionate about saving nature, have somehow pulled humanity out of that nature and come to regard our world as other than and apart from nature.

When you pose the two worlds against one another, conflicts between their inhabitants are inevitable. Thus humans living in forests for generation suddenly become encroachers/ poachers who must be arrested, prosecuted, relocated sometimes killed. Elephants “straying” out of their designated habitats for food, ignoring National Park boundaries, become problem animals that must be darted, captured, relocated, even killed. The human-wildlife conflict intensifies with growing human populations and generates intense conflict within society, pitching champions of wildlife against human rights, shadowing by those who exploit both nature and humans for profit disguised as “development”.  Debates rage about the best policies to manage conflict and mitigate damage on both sides. Manage it we must, but more importantly, we must take a step back, look at the big picture, and ask if it must necessarily be thus.

A decade ago, Prof. Michael Rosenzweig of the University of Arizona observed that the conservation movement was essentially stuck in two strategies, shaped by this world view that separates human form nature. Convinced that nature must be free of humans in order to sustain biodiversity, we focused on either enclosing nature in protected Reserves (Reservation Ecology), or restoring damaged fragments of nature to an imagined pristine state (Restoration Ecology). As successful (or not) as these approaches are, at their very best they only protect about 10% of the Earth’s area from our burgeoning needs. Rosenzweig’s lifelong research in biogeography (study of distribution of species) and community ecology (study of how species interact in an ecosystem) told him this inevitably meant we would only manage to protect about 10% of the Earth’s species! For such is the relationship between area and diversity on continental/planetary scales: the number of species increases directly with an increase in the area available. We intuitively understand this when we fight for larger reserves. We also know that given the needs of 7 billion people, we’ll be lucky to keep even 10% of Earth free of human interference. What, then, of the other 90%, and the vast biodiversity it contains?

Reservation and Restoration won’t save them! Rosenzweig proposed adding a third “R” to our toolkit, a new approach he called Reconciliation Ecology, a way to save ourselves and all the plants and animals (fungi and bacteria too) that may never be protected within reserves.

Reconciliation is not as passive/naive as it first seemed 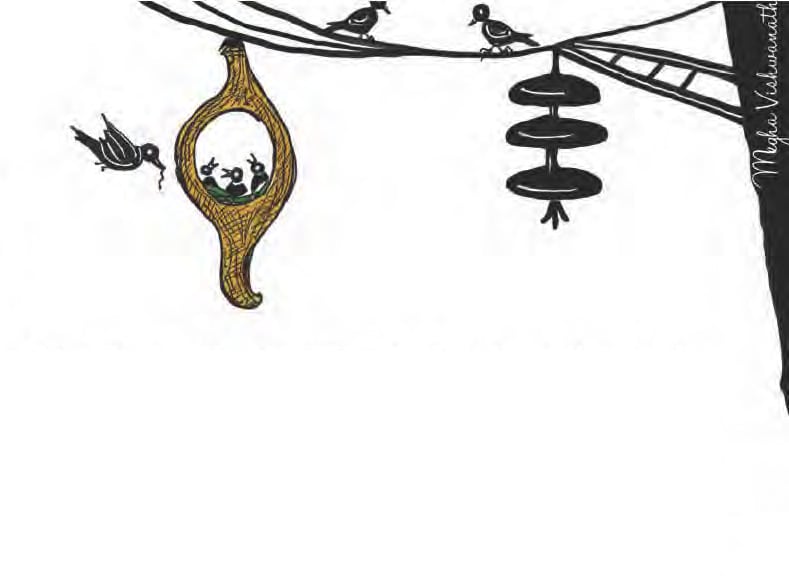 to some critics (much as Gandhian nonviolence is more than mere passive resistance). Drawing upon a deep understanding of evolutionary ecology, it recognizes three basic principles: 1) the Earth is dynamic, ever changing, and resilient to many impacts, 2) species have the potential to evolve in response to environmental change, and 3) humans are an integral part of Nature, and clever enough to find ways to reconcile our needs with those of other species. Past conservation strategies were based on a largely static view of Nature, where our primary role was to draw lines on the map, remove humans, and let biodiversity fend for itself inside those shadow lines. Global warming is waking us up to the dangers of this static real-estate based perspective, because even the strongest protection cannot save species if their entire habitat zone moves! What good are National Parks then? Likewise, the behavior and physiology of species are not static, evolving adaptations to overcome novel challenges. Why should species stay put in reserves when their habitats degrade, while ours may actually hold more food and shelter for them? On the flip side, species that have happily coexisted with us, hanging onto our evolutionary coattails, suddenly start going extinct (remember the House Sparrow?) due to some habitat change we cannot put our finger on because we’ve been too busy studying tigers to notice lifeforms closer to home! We have to get to know this biodiversity intimately too, in the immediate ecological and longterm evolutionary contexts, to find ways to prolong out coexistence.

Which brings us to the last, most hopeful principle: humans are capable of understanding the needs of biodiversity and devising clever ways to meet them while improving our own lives. Reconciliation Ecology is, essentially applied evolutionary ecology, a flexible, nimble-footed approach ready to ride the waves of change coming our way without losing too many of our fellow species. It’s time we recognize this. After all, India is a country of sacred groves and towers of silence, ‘World Heritage Sites harboring incredible bird diversity in man-made wetlands, cultural traditions that don’t claim dominion over all of nature but seek to find place within it, worshipping a diverse pantheon of plants and animals, a land overrun by a billion people who somehow manage to give room to most of the remaining wild tigers on the planet! How have we come to a stage where conflict defines our relationship with nature more than coexistence? Isn’t it time we embrace this new Reconciliation Ecology as our own, a deeply Indian principle that (like our beloved national sport) merely happens to have been born on other shores?