What’s it like to be a whale in the 21st century?

Whales have had a pretty tough time throughout recent anthropogenic history. During the 17th Century, the Baleen whales (an iconic group of large whales with baleen plates hanging from their upper jaw which they use to filter krill, zooplankton and other small fish species from the water) in particular, began to be targeted as a global resource. This was predominantly for oil (extracted from their blubber) to produce candles and lubricants, and to make whalebone stays from the baleen plates, which were used in corsets. As whalebone corsets grew in popularity and the demand for whale oil increased to lubricate new machines developed during the industrial revolution, rates of whale exploitation grew exponentially across the globe. 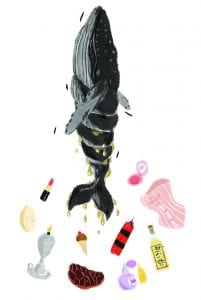 Commercial whaling brutally hit Antarctica during the early 1900s, with the realisation that many iconic species, including Blue (Balaenoptera musculus), Humpback (Megaptera novaeangliae), Fin (Balaenoptera physalus) and Sei whales (Balaenoptera borealis) travel south and gather to exploit the high concentrations of plankton found there during the summer months. These Antarctic whale populations were massacred before “sustainable fishing” was even a concept. For example, records from a whale processing station at South Georgia estimated that 118,000 whales were slaughtered in only 19 years (1911-1930).

And yet, this story of decimation may be turning into one of conservation success. Thankfully, throughout the period of commercial exploitation no one species was exploited to extinction. By 1946 a global convention for the regulation of whaling was signed, creating the International Whaling Commission, which in turn established guidelines for the whaling fleets and increased protection for the whales. By the 1970s, four species – Blue, Fin, Humpback and Sei, – had protection and by 1986 all commercial whaling was suspended (Tonnesen and Johnson 1984). Since then, recovery has been evident for most whale species, albeit slow (Roman and Palumbi 2003; Baker and Clapham 2004).

Meanwhile, catastrophic events such as the near extinction of many of the Baleen species were a wakeup call that highlighted a pretty important question – how many whales were there before whaling began? We didn’t know, and without information about baseline population sizes, and studies to monitor changes in population sizes over time, how could conservation strategies be implemented, and population recovery rates accurately be predicted?

This leads me to the questions I am currently exploring as part of my role as research assistant at the University of Exeter and which I will investigate further during my PhD research at the British Antarctic Survey, commencing later this year:

These questions are currently being tackled by our research team, led by Professor Dave Hodgson, at the University of Exeter. Using computer modelling techniques, our team is testing whether it is possible to make accurate predictions for all sorts of biological measures. For example, primate brain sizes – can we predict the brain size of one species based on data we have for other closely related species? Or if we know the wing length of 14 out of 15 closely related bird species, can we use this information to accurately predict the wing length of the 15th? 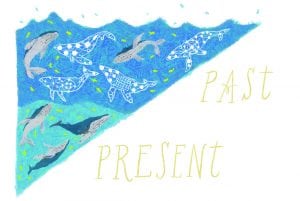 And we are applying the same techniques in an attempt to estimate pre-whaling abundances. To do this, the team at Exeter has gathered current global population estimates from the International Whaling Commission’s website, for all Baleen whales. We will begin by trying to predict the abundances of species for which we already have the data. If we can do this accurately, we can be more confident about our predictions for species for which the data is missing. This is very much ongoing research, but we hope that by combining information on known ecological traits such as prey type and reproductive rate, the extent of commercial exploitation, phylogenetic relatedness and current geographic range data we may be able to produce accurate estimates of pre-whaling abundances, and in doing so provide vital information for the conservation of these charismatic species in the future.