The soft crackling and gentle glow of the small fire on the banks of the iMfolozi river in South Africa was insignificant in the powerful presence of the African night. The sky was bursting with stars, with lions roaring in the distance, as two men listened to the splashing of a bushbuck as it crossed the river.

The future co-founders of the WILD Foundation, Ian Player (a white, senior wildlife conservator) and Zulu elder, Magqubu Ntombela (Ian’s mentor/brother/tracker), quietly discussed the difficulties around and ahead of them — chief among these, saving the white rhino from extinction. They were working to protect biodiversity, a term popular in conservation today but not even known at that time. This essentially meant that they needed to build strength and resilience within this species. Only one small population of the Southern White Rhino remained, all in the small redoubt of Africa’s oldest protected area, the iMfolozi Game Reserve in South Africa. The need was clear to them, but not the process, for no one had ever moved at-scale a very large, and sometimes temperamental mammal to faraway locations where they would be safer from the threats of disease and poaching. What’s more, this was occurring during the era of apartheid — the white-ruled system of legal segregation of races and the (often violent) subjugation of non-white peoples in South Africa.

Ian told me this story some 25 years later as he, Magqubu, and I sat on the banks of the same river, around the soft crackling and in the fragrance of the small fire made of tamboti wood. “We had to move them,” said Ian. “Because a virus could come into the Reserve and wipe them all out. They are safer in small, diverse groups, further apart.” They accomplished their goal, with multi-racial groups of experts and uneducated game scouts working together on the ground, in the hot African bush, to develop the first techniques, drugs, and processes that allowed many white rhino to be moved throughout Africa and around the world, and for their population to grow from a few hundred to almost 25,000 by the year 2010. The racially, economically, and culturally diverse team worked with, and learned from each other for the common good of saving an ancient species of animal. Diversity works, even in nature.

Sound familiar? The need for safety from disease, extinction, and violence . . . in the social context of racial or other cultural injustices? There are lessons we can learn now, from what occurred then. I did. As a young man in my mid-30s, I looked at the elderly Magqubu as we sat there on the riverbank, him quietly singing praise songs as he often did. I asked him how we could help change the unjust law of apartheid. With Ian translating, the old man spoke simply in his typical, low and rumbling voice. “When you die and are buried in the ground, the worms do not care the color of your skin. When we understand nature, our life is strong. It is simple and yet it is difficult. But we must always hope and do what is right.” Nine years later, after 27 years in prison and in a violence-free transition of power, Nelson Mandela was elected President of South Africa. I am reminded today of Mandela’s reply when asked how he survived those years in prison: “Hope is a powerful weapon, and no power on earth can deprive you of it.”

And here we are now, 2020, with our world in the grip of existential natural crises — climate breakdown, the species extinction emergency, and the viral pandemic — that threaten to upend our future survival, and the world is beset with polarities of religion, race, class, and economy.

Because you are reading this, you likely already understand that protecting nature is a service to both nature and humanity; that peace and prosperity are possible only from a respectful relationship with nature; and that such a reality can never be made manifest if we don’t also respect and protect each other.

Where do we go from here? How can nations and communities gain the strength to move beyond the polarities and inequities? We just start simply but profoundly. I suggest we listen to each other respectfully, hopefully and, most importantly, actively. More specifically, two thoughts…

Ubuntu. Ian Player and Magqubu established our organization, the WILD Foundation, and instigated a global movement of cooperation among people and with nature. They infused our organization with the same principles and practice they used to save the white rhino. They worked together for the common good, blind to racial and cultural differences — they followed the example of the worm. By doing so, they practiced ubuntu, that very special Bantu philosophy that asserts the power of mutual respect — “I am because you are” — and confirms a universal bond of sharing that connects all humanity. What also comes to mind in the contemporary western world is the growing awareness of ‘co-liberation’ — we are not free until we are all free. Ian Player always felt that it was the spirit of ubuntu among the diverse members of the team that saved the white rhino from extinction — all of them working together and respecting each other to accomplish a cause that is for all people and nature was an important element in the success of that pioneering programme.

Hope. Many years ago, I stopped being optimistic because it was not working for me. I needed engagement, connection, and reason. Vaclav Havel captured my feeling perfectly: “Hope is definitely not the same thing as optimism. Hope is not the conviction that something will turn out well, but the certainty that something makes sense, regardless of how it turns out.” This is nowhere more evident than in many conservation campaigns, such as if mining were to occur in an area sacred to tribal communities, or a dam were to completely destroy a wide range of essential eco-system services in order to provide water for commercial agriculture. Most of these situations have a small conservation-oriented team facing up to a large multinational corporation and/or major funding and government agencies, all of whom have infinitely more resources to draw upon. The outcome is far from certain, but it is undertaken because it is the right thing to do for the people, for nature, and for a sane and healthy future.

And Mandela certainly got it right when he confirmed that life can strip you of everything except your attitude, and that the attitude of hope is indeed very powerful. But there is more. To me, hope is active, it only fully manifests in doing. In fact, I subscribe fully to that which Kris Tompkins of Tompkins Conservation asserts, that people are only deserving of hope when they act for the common good.

Acting for the common good needs to be our common cause. As we face our common challenges—climate change, pandemics, extinction, and social inequity – achieving this goal means viewing the world through connections rather than differences, and acting accordingly. 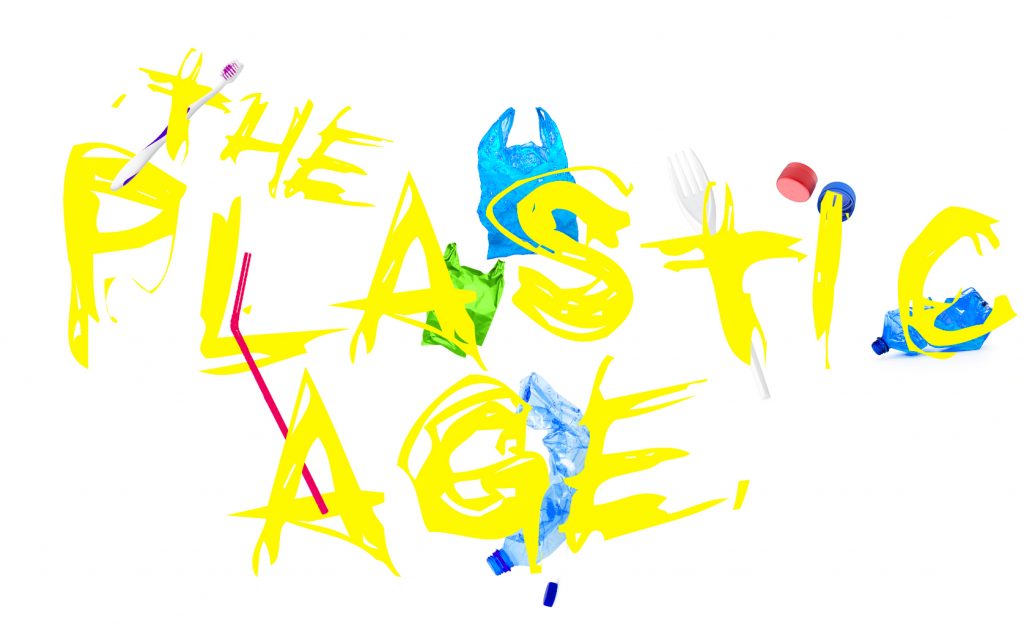 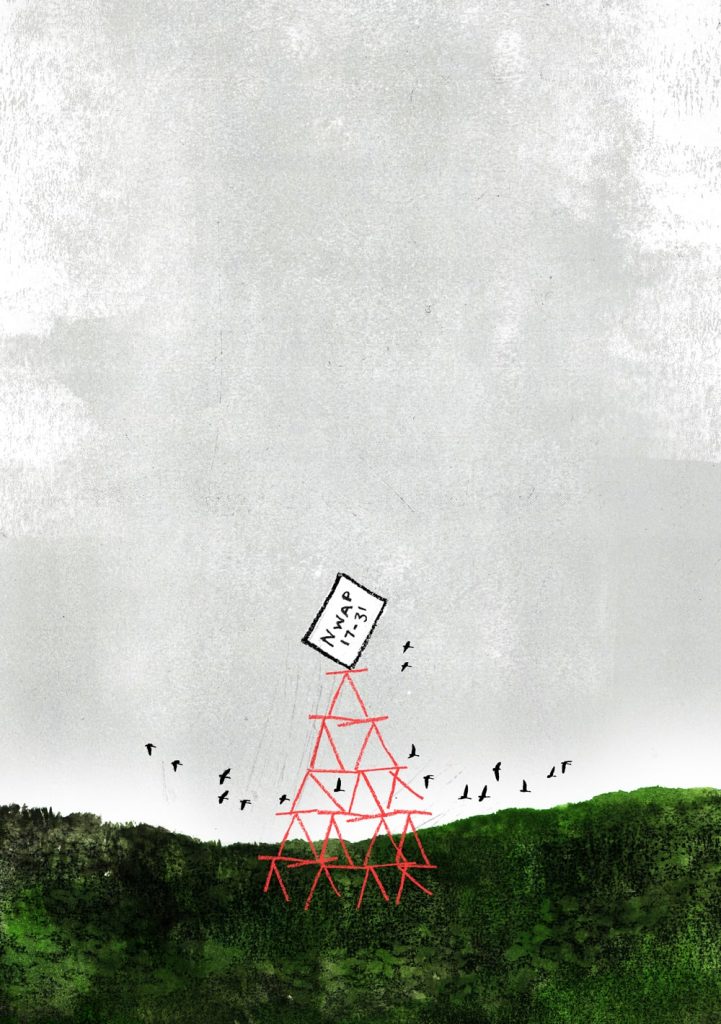 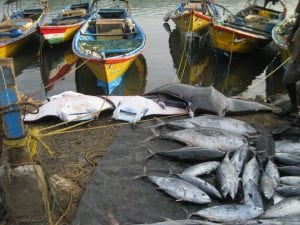 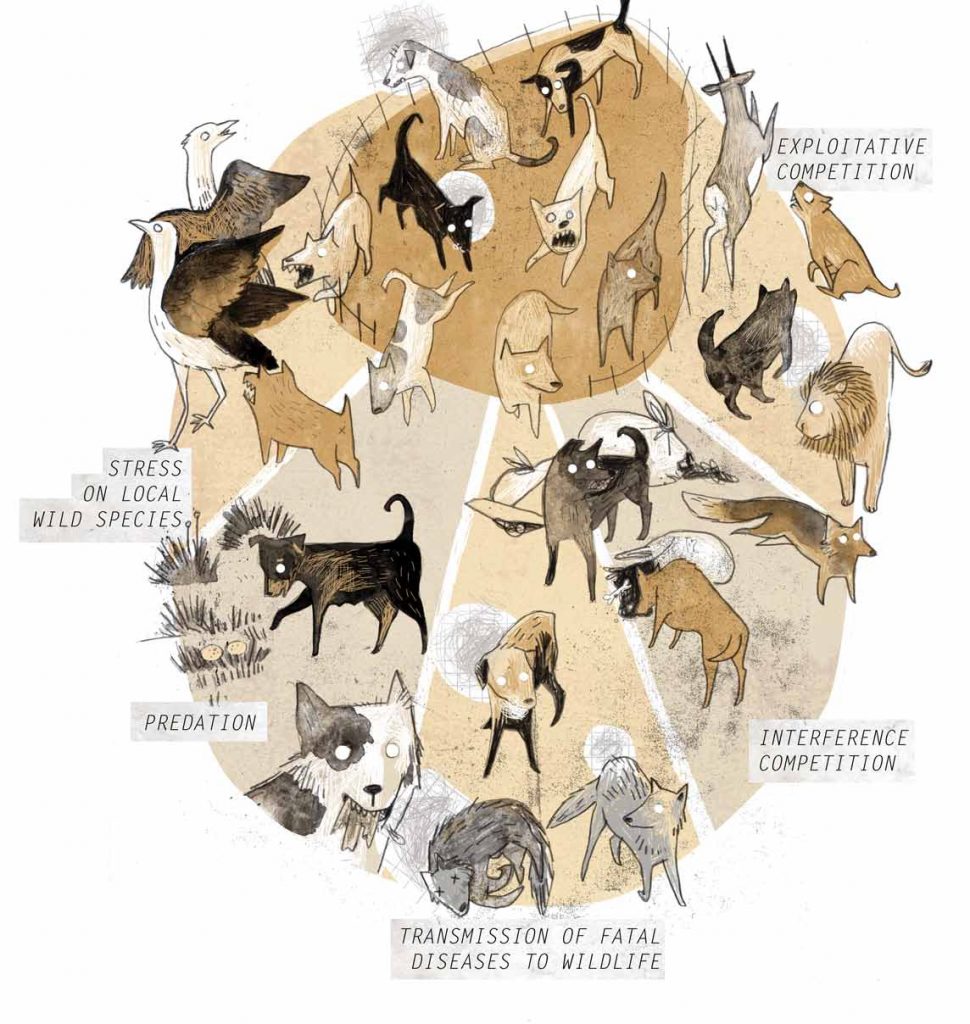 Dogs at the edge