At a social gathering recently, I was asked by an old relative the ubiquitous question of what I do. “I study sharks”, I usually respond. Conversations stopped, sounds dropped, and all eyes were on me. After a second of disbelief, they asked “Aren’t you scared of getting into the water and swimming with them though?”

It’s a common misconception to think that studying sharks entails swimming in the ocean like a scene from Jaws. But sharks can be studied in multiple ways depending upon the questions you want to answer– from underwater visual surveys through diving, putting baited remote underwater cameras, or tagging methods. However, I study them at fish-landing centres, one of the most efficient and cost-effective way to acquire a whole lot of secrets from them. The Andaman and Nicobar Islands of India has one of the few targeted shark fisheries that remains in India, along with sharks caught as bycatch here. By visiting landing centers, I document biological and fisheries aspects so as to inform management in the hope that it can lead to better conservation strategies.

Such basic information is scarce and severely hampers effective management measures. Contrary to the glamorous belief, my field site is the fish-landings at Junglighat and Burmanallah, located in Port Blair, the main city of South Andamans, which I have been visiting every alternate morning or when weather permits for the past year and a half. My subject of study are sharks caught by fishermen for their meat, fins and liver oil which is then exported out of the Islands.

On sampling days, my team member Tanmay Wagh and I wake up alongside the chirping of the first morning and ride sleepily to the landing site. It is imperative to get there early so that we can sample the sharks before they are auctioned and sold off. Once we enter the landing sites, we are caught in the commotion of the place.

The only constant here is coordinated chaos. Fishers separate their catch on the boat and land it on the platform of the fish landing site. Then they either transport it to the market or sell it to traders who export the fish to peninsular India. In this chaos, our noses guide us to the pungent and very characteristic smell that emanates from the pile of dead sharks. Walking towards a pile, I put my disposable gloves on and pick up a measuring tape and weighing scale, while Tanmay gets ready with the data sheet, pen and camera to record the data. We record the species of the shark, size, gender, maturity and weight. This is methodically carried out for every individual shark in different boat catches which are randomly sampled. This cost-effective sampling method provides us with comprehensive information on seasonal diversity of elasmobranchs; biological traits such as size frequency, sex ratio, maturity and length-weight relationships; interactions of shark species with fishing gear and grounds.

However, after sampling more than 2000 dead sharks, I craved to see a live shark. On one such sampling day, we were recording shark species that mainly live in the deep sea, characterized by their small size (approx. 1 metre total length), huge green eyes and spines on their first and second dorsal fin. I had picked up one such shark and was taking measurements from the tip of the tail to the tip of the snout, when I realized that the gills, spiracles and eyes of the shark were moving. The shark was alive!

After more than a year of sampling, I suddenly blanked out on how to sample sharks that day. Little did I know that my wish to see a live shark would be granted in such a situation and so soon.

Our experiences at the landings paralleled that of the hustle bustle, such that they were always eventful. Sharks here are called ‘Badmaash’ (translating to ‘naughty rascal’). While researchers working on turtles are called turtle man or researchers working on snakes are called snake man, I am sometimes referred to as ‘Badmaash madam’ at the landing site. The lack of theatres in the Andaman Islands makes everyone crave drama. While people on the mainland watch James Bond movies, we witness first hand inspiration for such action movies. One such occasion was when we suddenly heard a big boom in the midst of sampling sharks. We turned towards the sound to see that the fuel tank on a boat had caught fire and burst, resulting in the boat splitting and catching fire. The two fishers on the boat had caught fire an were flung into the sea. However, instead of the water healing, the high salt concentrations in the sea can lead to severe injuries and infections (which is why you should not believe the movies). The fishermen had to be rushed to the hospital immediately. Luckily, both of them are now safe with their families, although gravely injured.

On another occasion, a fisherman was trying to offload a 2-meter Bull shark, weighing almost a 100 kg. While pulling the shark from the boat, instead of landing onto the platform, the fisherman lost his balance and instead fell over the side of the boat, and into the water with the shark on top of him. After a few small physical bruises and a big one on his ego, and with the help of the onlookers, he successfully brought the shark onto the platform. The fisher is now a good friend and we have had plenty of discussions over a morning cup of chai where we still laugh about his fallacy.

I developed an interest in sharks while working on a coral reef project. The lack of sharks while studying the health of reefs, followed by numerous interactions with locals who remarked on the steep decline of sharks in the past decade, is what made me question their status in the islands. Being green-eyed and enthusiastic, I never realized it would mean me studying dead sharks for a year and a half. The experience provided me with a skillset to study sharks, wherein I learnt species identification, techniques to study them and it became a stepping stone for my professional development; and to value ground truths.

As I spent more time at the fish-landing site, my interactions with fishers changed my perception that sharks had to be studied through top-down protection approaches and management measures. While overfishing is one of the most serious threatsto the marine ecosystem, the blame is often and easily placed on fishers. However, we fail to recognise that fishing is one of the most lucrative and primary livelihood opportunities for them. It is indeed the demand from the consumers that feeds this problem, and that attacks the ethical practices of fishers and their livelihoods. Additionally, being the primary and most important stakeholders, fishers are often the last ones to know or have a stake in policies which raises conflict between stakeholders and fishers. This further causes a lag for efficient management to take place.

The experience thus convinced me that it was a holistic approach that we need to take, one that certainly involves a balance between top-down and bottom-up approach. But also, one that involves the target species and the communities who depend on the fisheries for their livelihoods. Most importantly, we need to turn fishers into allies instead of alienating them. Thus, it is a complex and multipronged approach of understanding aspects of the biology and fisheries of sharks with socio-economics of the stakeholders.

While interacting with fishers, we also gained insights into the historical catches of sharks and current trends, their distribution, species vulnerable to fishing gear and perceptions of fishers towards sharks. However, even though this contributes a lot to the bigger picture of sharks, we still require a lot more studies in order to gain a holistic approach towards shark conservation.

Finally, despite the nauseating, strong and very pungent smell of working with dead sharks of the most eventful and fruitful sessions I have had, answering so many vital questions that are imperative to understanding the shark fisheries of the Andaman Islands. However, the biggest irony remains that in order to manage and conserve live sharks, we need to monitor the dead ones.

Working at the landing also has a few advantages. The stench that sticks to you and your clothes and follows after the sampling is over, has helped me plenty of times. Once I was trying to buy boat tickets and was standing at the end of a long queue at the booking counter. To my surprise, they generously let me go all the way to the front of the line. While I was admiring this act of kindness and turned around to convey my thanks, the hands on everyone’s nose and frowns made me soon realize it was the unbearable stench of the sharks that had allowed me to gain a free pass. 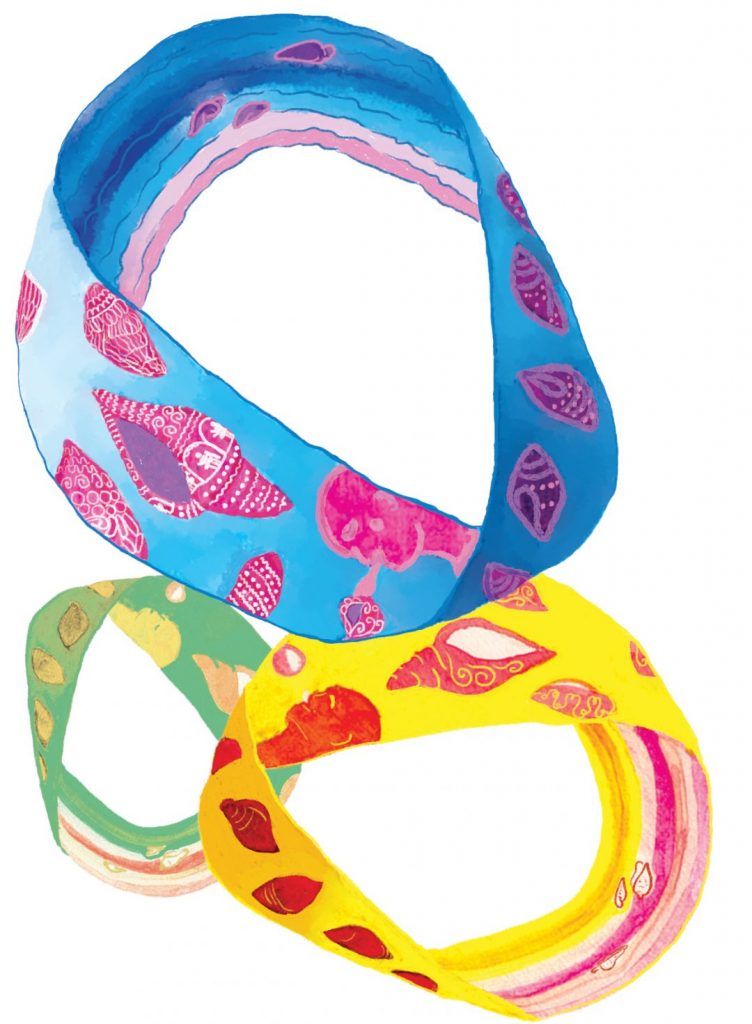