Have you ever wondered if there still are creatures in the world that we haven’t found yet? Perhaps in places that have yet to be discovered? Hidden in the jungles of Southeast Asia is a cat that most people in the world have never seen. Even though it was first reported to the western world 200 years ago by a naturalist named Edward Griffith, this cat has stayed as mysterious and hidden as its name suggests. The clouded leopard has the scientific name Neofelis nebulosa, which actually means ‘new cat, cloud’! It is medium-sized, lives in trees, and is named for the large cloud-shaped patterns on its fur. This creature is less than three feet long and weighs between 25 and 50 pounds, which is quite small compared to larger cats like South American jaguars (200 pounds), African lions (400 pounds), and Asian tigers (up to 600 pounds). For this reason, the clouded leopard is known as “the smallest big cat”. Like its cousin, the snow leopard, the clouded leopard does not roar, and has many other unusual and unique characteristics.

Even though people have known about these beautiful creatures for a long time, there is still a lot of mystery surrounding them. In 2006, scientists discovered that the clouded leopard species we knew about were actually two different species – the clouded leopard on the mainland continent of Asia called the mainland clouded leopard, and another species isolated on two islands, Borneo and Sumatra in the country of Indonesia. They named this the Sunda clouded leopard. They may look the same at a glance, but under close inspection, there are many differences between these two cats, from the size and shape of their teeth to small pattern differences in their fur. The surest way to tell them apart came from DNA testing. By comparing the DNA of clouded leopards from mainland Asia and the DNA of those from the island of Borneo, a team of researchers found that these two species of clouded leopard are as different as lions and jaguars.

Many traits make the clouded leopard special in the larger world of cats as well. They have a unique pattern to their fur, unlike any other of its kind. Their ankles can rotate backward like a squirrel’s, allowing them to climb down tree trunks head-first! They also have incredibly long teeth. When compared to the overall size of their bodies or the tooth-to-body ratio, both species of clouded leopards have the largest canines of any living cat. The newest species — the Sunda clouded leopard — has canines that are longer and thinner than even their cousins on the mainland. However, if you look at one, you won’t see their front teeth hanging out of their mouths like the sabre-toothed cats we see in movies. Their teeth are just short enough to stay tucked under their lips, hidden most of the time.

In pop culture, the words sabre-toothed cat might make one think of Diego from the move Ice Age. While Diego and his kind did exist, their name comes from (you guessed it) their sabre-shaped canines. A saber is a sword that is long and slightly curved, like those of pirates we see in regular pop culture. Like most swords, the blade is flat, which is important when we are comparing them to teeth. Cats today have coneshaped teeth, which allow them to attack and hold onto their struggling prey for elongated long. Flat teeth are no good here because they are weaker in one direction. If you push against the flat side of a blade, it is likelier to break than if you push against the thick edge. Think of trying to break a wooden board in karate. If you hit the flat side it might crack, but if you tried to break the edge, it would only hurt you! Sabretoothed cats’ sabre teeth were flatter and less cone shaped. If a sabre-toothed cat were to attack an animal and that animal struggled, there was a good chance his teeth might actually crack like the wooden board.

There are many extinct species that represent what we might think of when we hear of “sabre-toothed cats”. Although there were others, two of these groups were especially dominant at different times. As early as 35 million years ago, an early group called Nimravids (Nim-ra-vids) roamed the plains of North America, Europe and Asia. Although they were not related to true sabrecats at all, these creatures were shaped like later sabre-toothed cats, bulky, with big forelimbs and thick necks. A long time later, only 2.5 million years ago, a group of true sabrecats, called Smilodons (Smile-o-dons) arose. They too had thick limbs and strong necks, and hunted all over — not just the plains, but in the forests and mountains as well. Along with them were other large predators hunting the ancient versions of deer and buffalo. In fact, there were so many different animals competing for food that scientists believe they were forced to focus on only one or two kinds of prey. This kind of focus is called “specialization”.

When an animal specializes, it often leads to exaggerated features like brighter colors, larger eyes, or longer fangs. In the case of sabrecats, specializing made their canine teeth longer and thinner over time. With such amazing canines, attacking prey could put their teeth in jeopardy. Scientists aren’t sure about how they actually hunted yet, but there are some excellent ideas. One common theory suggests that they would surprise their meal and attack them with a single kill bite, holding them still with their strong forelimbs rather than their teeth. After they killed their prey, they would have faced another problem. In order to be able to fit anything in their mouths, their jaws would also need to open extremely wide to clear those long teeth. And that is what researchers found — that Smilodons and other sabre-toothed cats could open their mouths extremely wide, a measurement in science called the “gape angle”. It was this large gape angle that clued one researcher to the similarities between these incredible extinct cats, and the modern-day clouded leopard.

Comparison to the modern clouded leopard

Per Christiansen, a Norwegian paleontologist who studies prehistoric cats, noticed that clouded leopards have the amazing ability to open their mouths wider than any other living cat — to a staggering 100 degrees or more! In comparison, a human has a gape angle that averages 75 degrees. This got him thinking about their teeth, and the reason for those wide mouths. He found that along with their incredible gape angle, their canine teeth were somewhat sabre-shaped, just like the cats he studied. First, he measured the width and length of the canines from many different clouded leopards, as well as lions, leopards, tigers, and other living cats. Then he compared them to the canines of many different extinct sabre-toothed cats. He found that the canines of the clouded leopard are more like the massive canines of those prehistoric cats than they are to any other living cats today! And the similarities don’t stop there.

Clouded leopards live in the dense jungles of Southeast Asia, where they spend most of their time high in the trees. There, they do everything from eating to sleeping. They even hunt monkeys high in the trees! Being in the trees so much, they have incredibly strong front legs, which they use to climb up, down, sideways, and even on the underside of tree branches! Remember how the Smilodons and the Nimravids have strong front legs to capture prey and hold them down? Clouded leopards do the same thing. It makes sense, too. Clouded leopards feed on many different types of animals, from porcupines and monkeys to pigs and deer on the forest floor. Some of their prey are even bigger than the clouded leopards are! Since the leopard’s teeth are long and narrow, attacking such large prey will increase the risk of breaking those long teeth. Their powerful front legs allow them to hold down prey while they use a strong killing bite. Scientists have also discovered that just as strong front legs make the clouded leopard good at both climbing trees and catching prey, many of the ancient sabrecats were good at climbing trees too.

Clouded leopards, and especially the Sunda clouded leopards in Borneo, are still much of a mystery because of their remote locations and hidden, solitary nature. There is still much to learn about the way they hunt and how they use their long fangs. However, we do know that the Sunda clouded leopard is the largest predator in the jungles it calls home. This means that there is less competition for prey, and less need for specialization. But if another animal comes along that hunts the same prey as the Sunda clouded leopard, there is a chance that their teeth would need to grow even longer and thinner for more specialized hunting, and they would end up looking just like the extinct sabrecats’ teeth!

Right now, Sunda clouded leopards hold the record for having the longest and most sabre-like teeth for their body size in the cat world today, crowning them the new sabre-toothed cats of the animal kingdom! The massive canine teeth, along with other incredible and beautiful features, make this animal one of the most interesting creatures there is still so much to learn about. How amazing is it that there are still extant sabre-toothed cats living among us today? 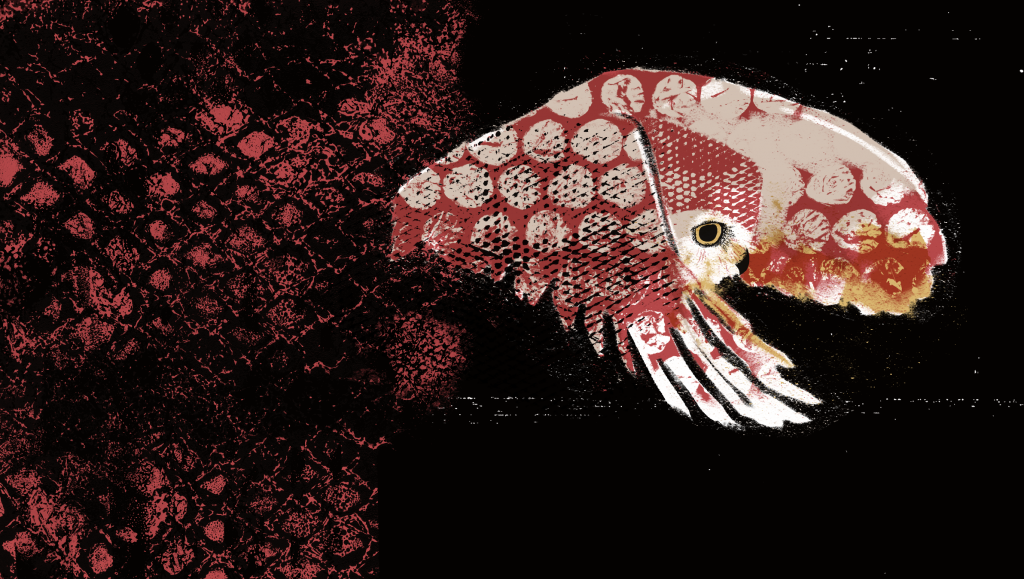 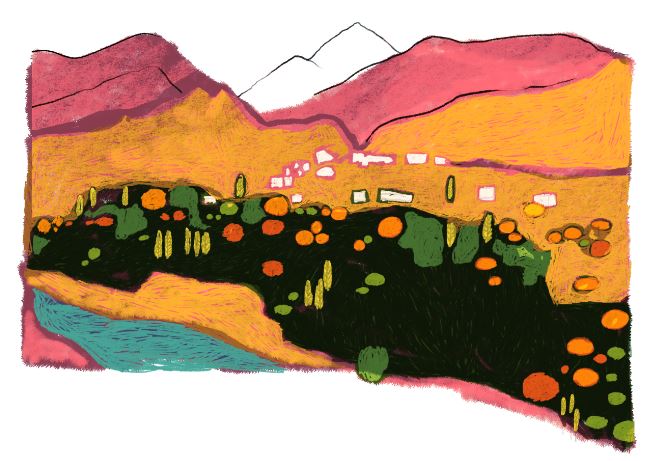 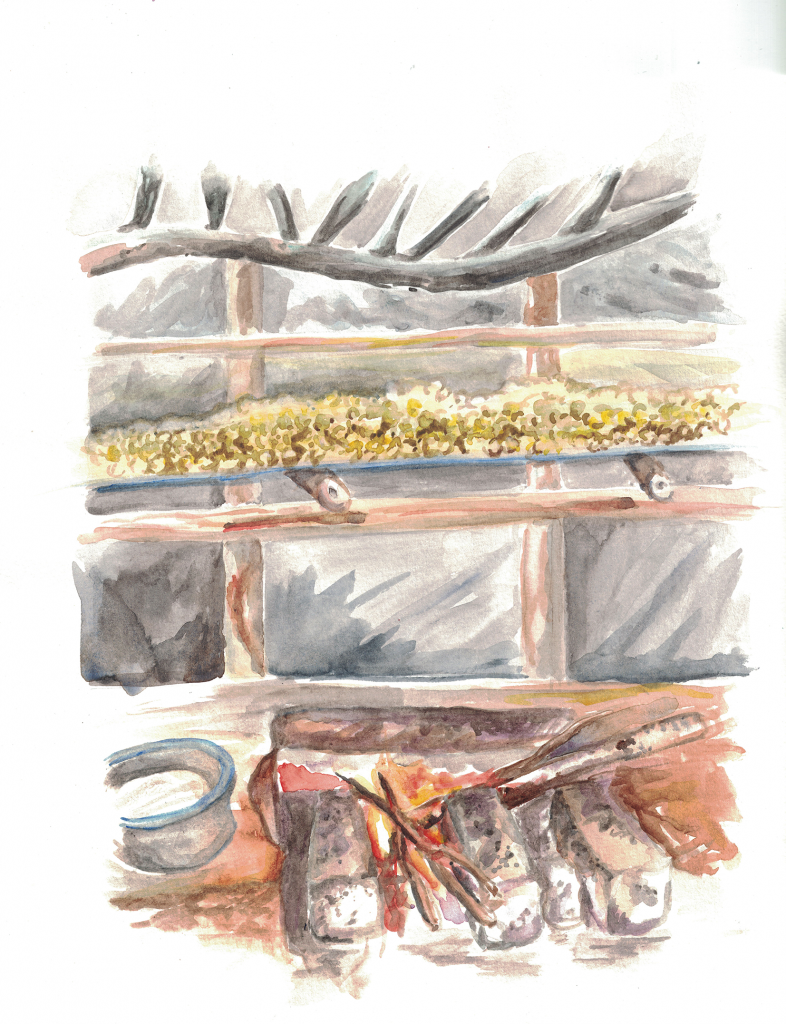